wdwfan4ver said:
Where I live does have July 3rd lakefront fireworks at night, but I am not seeing them in person.

The reason is people are very nuts when it comes to finding a spot to watch fireworks. People have been camping out for lakefront fireworks viewing spots since the weekend and that is nuts from my viewpoint.
Click to expand...

Ours are on the 4th of July. It is an all day event, with foods, adult beverages and lots of bands rotating. We've also gone to Chicago both for the 4th (or 3rd) and New Years to see them at Navy Pier. Those are real pretty too.

I've missed them twice, once due with my first born and last year when it was just ridiculously hot. It looks like it will be that hot again and may forego. I've been at Disney for both the 4th of July and for NYE in the parks. The best was ringing in the New Millennium Talk about sooooo many people to ring in year 2000 Good memories.

RedNoseMickey said:
I just want to say to all the parents here, my hat's off to you.
I am genuinely exhausted looking after my brother's kids.
My brother and his wife don't have help around where they live so I've tried to give them a break by taking care of the kids but it's just none stop. I've read half a book in a week's time while normally I read a book a day on holiday. Don't get me wrong, I love the kids and enjoy getting to spend time with them but the youngest ones have so much energy they never sit still and the teenager just rolls his eyes at 99% of what I'm saying. I'm seriously baffled how so many kids make it to adulthood...
Click to expand...

But, ultimately, we all made it through...the kiddos to adulthood, and us to middle-ish age...!!!!!

Gabe1 said:
I grew up without a phone in my bedroom, my kids had phones and we had TVs and in every room. Now none of us have landlines. We each have lightweight TVs and wireless internet, we can take it outside if we wish without and wiring required
Click to expand...

I didn't have the landline in my room until I was a teenager. Not that it was a huge deal; I could get a cordless phone from another room and bring it in if I wanted to talk on the phone. We still have the landline. It was out the other day, and there was a huge crisis. And we get cell reception here.

There's no cable hookup in my room, so there's no TV in there. I always just used the portable DVD player growing up to watch movies and then later my laptop. I suppose now that I barely watch cable anymore that I could just put a smart TV in there, but I kind of like just watching it on my laptop and not having something else to maintain.

I was there today and will be back there tomorrow.

I’m sure the spot for Spirit Air is nowhere near anything going to Japan and beyond lol.

StarWarsGirl said:
Is this an English speaking boss or a Spanish speaking one? Because if it's an English-speaking boss, he should know that your English is going to be different from native English and to let things go. I mean, they hired you knowing that.

I had a boss who could be like that when I was first working for my old company. I swear she had some sort of language processing issue because she would say one thing and mean another, and then when I would try to make sure I understood her correctly, she'd get mad. She retired; she desperately needed to. Nice lady, but lousy manager. My boss after her was so much better, and my boss now pretty much can't get more laid back.
Click to expand...

Note again that I have absolute no problem communicating with all our staff, for which are Canadian, Americans, Spanish, South African, England English, some from Portugal and a few from Latin America. Its only him who complains. o_o
The interesting part is he is the opposite (in my opinion) to a native english speaker of america. He HATES any kind of slang or popular remark.

figmentfan423 said:
Whoever has my spare frying pan please send it to @Cesar R M
Click to expand...

A lot of listeria recalls..
Could be again the distributors infecting multiple chains?

Mr Ferret 88 said:
Going to work. It's just another Thursday .
Click to expand...

Premium Member
ESPN’s 14th Annual ESPYS Auction benefiting the V Foundation for Cancer Research is officially underway in case anyone wishes to place a bid(s) Note what Cindy's Castle bids are to already!

Cesar R M said:
More work for us because all our US citizen employees will be offline and we will have to pick up their work
Click to expand...

The University my DD has worked for several years, their overnight and Holiday social media and chat with us is farmed out to India.

Part of her responsibilities is to respond to social media posts and monitoring India’s responses. If she was the Empress of the University she’d go Dark overnight and on holidays. There is a cultural gap in responses in that social media world.

MinnieM123 said:
I did see the news report about this on the evening news, but I didn't actually watch it "live" when it was going on. I was unaware of it, until I saw the news report this evening.
Click to expand...

I completely missed it. I deliberately don't read or watch the news while I'm on holiday.

SteveBrickNJ said:
Thank you. We did online check in. The first leg...Newark to Japan is 13+ hours. The second leg ....Japan to Singapore is 7+ hours. I guess I love my wife, huh?
Click to expand...

You are going to go and experience a whole different culture, amazing food and great weather. Not mention you are traveling with someone who speaks the language and understands how things are done. So I think you are very lucky.

That's a great picture.
I'm sure your mum was very happy to see you.

donaldtoo said:
Definitely one of the most unique happy birthday images I’ve ever seen...sooooo cute...!!!!!

I thought I'd deviate from the Disney theme slightly.

Gabe1 said:
Funny what people lived without. I can't remember ever living without Central AC. I know when I was tiny we didn't have Central AC in Chicago but I was young. After that we always had AC.

I can't ever remember living without a microwave. My Mom had an Amana Radar Range the earlier version of Microwaves. She bought me one when I moved out of their home.
It was near $500 back then. Was heavier then all heck and I had it for over 25 years. The buttons gave way but the oven itself still worked.

My Mom said while she lived in Chicago they never had a bathtub. They had a wash tub that had to be filled by buckets. Wasn't until they moved to Indiana that house had one.

My Dad during his childhood didn't have a refrigerator. They had an ice box. He called our refrigerator my entire life the ice box.

My folks never built a garage until I was out of college. It is pretty, matched the house brick and stone. It cost more than their house cost.

I grew up without a phone in my bedroom, my kids had phones and we had TVs and in every room. Now none of us have landlines. We each have lightweight TVs and wireless internet, we can take it outside if we wish without and wiring required.

We had a snowblower growing up, my Dad gave it to us when we bought our house. This was a tank with metal wheels but as I understand anyhow it moved well on its own and went through blizzard depths. About 5 years ago we gave it to a friend, still works. At least 60 years old or more.

It is funny what 'we' had vs what 'they' have now through the generations.

My DD does not remember not having a computer or life without the internet, good
'ole AOL Dial Up. I can still remember that awful sound of yesteryear. 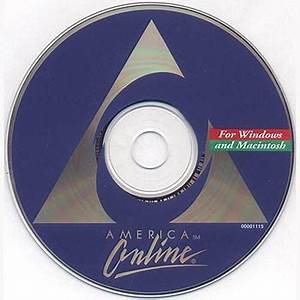 I remember the dial up tone and paying for the internet by the hour.

But, ultimately, we all made it through...the kiddos to adulthood, and us to middle-ish age...!!!!!

I know raising kids can be very rewarding but doing it properly is incredibly hard work. I'm thankful for all the parents that are raising the next generation but having kids is just not for me.
That being said, I'll happily look after Emmy for an hour on so to get some cuddles.

Note again that I have absolute no problem communicating with all our staff, for which are Canadian, Americans, Spanish, South African, England English, some from Portugal and a few from Latin America. Its only him who complains. o_o
The interesting part is he is the opposite (in my opinion) to a native english speaker of america. He HATES any kind of slang or popular remark.
Click to expand...