wogwog said:
The attendance will be what the Chinese want it to be.
Click to expand...

The attendance will be what the CCP spokesman SAYS it is.

WDW1974 said:
Graphs are not (sit down for this and take your meds!) the answer for everything.

And, as I've said in response to this in other threads, you're only extrapolating continued increases in attendance based upon TEA numbers without taking into consideration other factors like:

1.) Every park including MK have HUGE areas that are dead and could contain large amounts of people if reopened or if new things were built on empty land. In other words, the capacity is there if properly utilized;

2.) Only the MK truly has major issues with overcrowding and this has been exacerbated by closing the other parks earlier, not adding reasons for people to chose them over MK, not properly utilizing all the space that is available (see #1);

3.) Adding parks largely takes Guests from other parks. Disney can build until they destroy all of the natural beauty that attracted Walt to the area to begin with, but it can't make Americans take 3-4 weeks to visit. So adding a gate isn't a smart financial move;

4.) The costs of adding a park and infrastructure that wouldn't be another 'half day' park would be at least $4-6 billion. On top of NGE and the recently funded projects, I don't see how that's financially feasible;

5.) By your thinking, WDW will simply wind up with the same problem after Gate 5 is open for awhile. Do you think they should then open sixth and seventh gates? Can you make any argument for why it's better to add new parks than add capacity at existing ones?

6.) You don't account for Disney Guests opting to cut further days from their trips to do UNI's parks or anything else (from Legoland to the O-Town Eye and all the new stuff over there on I-Drive).

I just look at TDR where you have two extremely popular parks and no dead zones in either and constantly add new things to see and do. People spread out. It's not like WDW where Studios or FW or DAK are often empty while MK is wall to wall in many places. Of course, they also take crowd control seriously. WDW believes masking tape on the pavement and a handful of outnumbered CMs screaming while wielding the kind of flashlights you could park a 747 with are the answer.
Click to expand...

I think it is time we demonstrated the full power of MyMagic+. 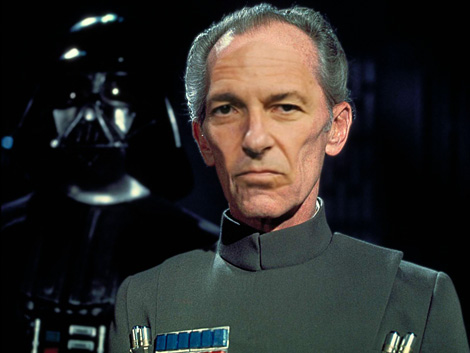 How about trying to book rides or shows and being directed only to Epcot or AK or DHS on a day Disney knows the MK will be bursting at the seams. Booking 60 days out allows them to manipulate consumers choices by saying, "Sorry, Space Mountain and 7DMT isn't available on Friday, how about Thursday? TOT and Fantasmic are available on this Friday for you instead."

Or even better, "What things do you want to do at WDW?"

Then you get a list of the days that work for Disney instead of the other way around.

truecoat said:
Odd that you stayed til the end if you don't like those extra scenes. Is it because you wanted to see who sang "Love Theme from Ant-man"?
Click to expand...

I think @WDW1974 bashes or at least appears to bash Marvel movies because he doesn't like the Marvel nerds snorting pixie dust and taking over the movie release calendar. I mean, without Marvel, we could be treated to such gems as The Cat From Outerspace 8 or The ****gy Dog Part 23.

JediMasterMatt said:
You know, I'm suspecting more and more that "crowd steering/shaping" is multi-layered at WDW now with FP+ impacting what they are trying to shape in the Stand-by lines. The display signage updates at the rides is controlled by the swipe cards on the lanyards that they periodically provide to guests, so the updated information is not some "mistake" made by a Cast Member punching in the wrong numbers.

What I suspect is that the formula's for estimated wait times the display signage taps into also connects with Skynet, er... I mean MM+ so it can factor in the anticipated number of returning FP+ reservations in the next update time period for the display boards. If there are a high percentage of valid returning FP+ reservations outstanding, it likely factors in to the estimated impact to Standy-by. So, the seemingly ever increasing delta between actual wait times to anticipated wait times simply could be the continued problems is trying to control the masses with FP+. Since theoretically, all of the valid FP+ people could show up at the same time the Stand-by line would see a significant bump in wait if this happened. This perhaps is the buffer mechanism at play to factor in the anticipated return rate vs. the worst case scenario.

An additional possibility that I also think is at play, as it's always been a part of the high demand low capacity attractions expected Stand-by time reporting is the artificial inflation of the expected time in an effort to make someone not wait and go elsewhere. With FP+ now on most everything at the resort, the consequences of doing this now simply floods the streets more than ever.

I noticed on my June trip what appeared to be a "steering" initiative at the FP+ kiosk. This one seemed to discourage repeat visits to an attraction. We had already used our 3 pre-planned FP+ return times. At about 3:00 in the afternoon, I went to make a reservation for Splash Mountain (one of our earlier FP+ times was for Splash) and while waiting, I watched two groups in front of me make their reservations. One group at 2 people and one group had 3. Both sets of people had Splash pop up available for them with return times around 6:30. When I used our Band, Splash was missing from the list. I backed out of the transaction and tried again. It still wasn't an available selection. I called a CM over and told her and she said that it must be because of my group's size (there were just two of us) and that there weren't any times available. I mentioned the two previous groups had Splash as an option with return times at 6:30 (the park closed at 1:00 AM that night), so I doubted it being out of return times was the issue. She then swiped her RFID card, then my band and then Splash appeared with the expected 6:30ish return time. Very suspicious to say the least.

Bottom line result from all of this... don't trust signage boards 100%. You can't even always trust your eyes in observing how full a queue is as all it takes is a ride vehicle out of service to throw off that estimation.
Click to expand...

Touring Plans Lines app is nice cause it will show you the posted wait time and an expected wait time(which I believe is fed by people feeding them how long they actually waited). So possibly a little more accurate then the posted.

CaptainAmerica said:
ETA: And I don't think many people plan a traditional breakfast-lunch-dinner when they're in the parks all day.
Click to expand...


You might be surprised. Have you seen the size of folks at WDW lately?

nor'easter said:
You might be surprised. Have you seen the size of folks at WDW lately?
Click to expand...

Disney was the model for the Buy-N-Large corporation in WALL-E ...

Rodan75 said:
I think @WDW1974 bashes or at least appears to bash Marvel movies because he doesn't like the Marvel nerds snorting pixie dust and taking over the movie release calendar. I mean, without Marvel, we could be treated to such gems as The Cat From Outerspace 8 or The ****gy Dog Part 23.

Nope. I'm afraid I messed this up for all.

Well they've pulled Back to back level 10 days... Or that's what TP observed.

PhotoDave219 said:
Nope. I'm afraid I messed this up for all.
Click to expand...

LOL. You don't have to keep falling on your sword. Everyone is allowed to have a bad day.

SYRIK2000 said:
Also keep in mind with the Marvel contract. Universal has to pay Disney. That must chafe them a little.
Click to expand...

Universal is licensing properties from EVERY major studio. It doesn't chafe them in the slightest.

WDW1974 said:
Something isn't adding up for me. I get that MK is pretty damn busy. But I also hear the other parks are largely not (including the UNI and SW ones). I am of the firm belief that numbers may not be telling the complete story here at all.
Click to expand...

you mean they might be manipulating the data to inflate MK's attendance vs real attendance?

ParentsOf4 said:
My opinion is that the Magic Kingdom will remain WDW's "target destination" for most tourists for the foreseeable future. As such, it will remain incredibly popular and WDW's busiest park no matter what happens at the other gates.

However, the Magic Kingdom's operational problems are made considerably worse by the 2 parades and daily fireworks. Moving those experiences to another theme park specifically designed to handle them will alleviate the Magic Kingdom's worst vices.
Click to expand...

Cesar R M said:
you mean they might be manipulating the data to inflate MK's attendance vs real attendance?
Click to expand...

djlaosc said:
Thank you both for replying.

I knew that it normally did, but it was just the phrasing on that website that slightly confused me. I logged in last night, and the price didn't change.
Click to expand...

If you're unsure, you can contact Paypal. They almost always offer buyer protection.
So if something went bad.. you open a case and they will return the money.

Cesar R M said:
I wonder.. what if they rotated the nighttime spectaculars and fireworks..
have for example.. DHS and MK spectaculars at same time, and nothing on EPCOT and AK.. then the next day.. EPCOT and AK.
forcing people to rotate parks
Click to expand...

Nah, we need a fireworks show at DHS again. Maybe a night parade too.

spectromagic04 said:
During my June trip I experienced this multiple times especially with Mine Train. Wait times at night always had it at 60 minutes, but in reality we only waited 15-20 minutes.
Click to expand...

Maybe thats the point? inflate the numbers so people think "its a huge wait, lets go elsewhere".
a Way to manipulate crowds based on ride hits?
I suppose this is why they put that much effort into FP+ and the magicbands.. TRACK EVERYONE.

PhotoDave219 said:
Well they've pulled Back to back level 10 days... Or that's what TP observed.

Gotta go to the market again for more salt.

I don't believe that. That would mean there are 50K+ in the MK every single day of the year, which can't be the case. I would believe that TDL and TDS have underreported numbers for TEA, as those parks are legitimately crowded almost all the time. I also don't believe that DHS pulls in 10M per year.

The difference between steady healthy return... vs 'always promising more'. If I'm in a business that returns 60% gross margins and 30+% profit... can we not find a happy medium that says 30% return is fantastic and let's stay there. And forget about 'how do we get 30% of a bigger number...'.

If you aren't growing.. you're dying.. should not be a universal rule.. yet we seem to believe that of every public company now.
Click to expand...

I still scratch my head over that thinking.