tamotu99 said:
From the BBC, and a little late on my behalf

the first time since they played a friendly against China in 1996, some 221 matches ago, that the Netherlands will not have a player with 'Van' in his name in the team.
Click to expand...

also, close call for Croacia!
but the defence of Mexico handled things.

Advertisement
No Van Persie was not allowed to play, after picking up two yellow sin the first two games

That Neymar goal looked simple, but that required real quality to place it like he did

getting ****ed here, blatant hand by croatia and ref marks nothing.
getting vibes of the 2 nullified goals by that ref between Mex and cameroon.

and now a Mex player gets pulled hard (via shirt pulling)down by a defender.. clashes with the goalkeeper and is fowl against Mexico.

things are getting heated with desperation.

this has been a great world cup so far. biggest surprise Costa Rica, good chance to go all the way to quarter finals and compete. Brazil will loose against Chile unless ref's say otherwise. 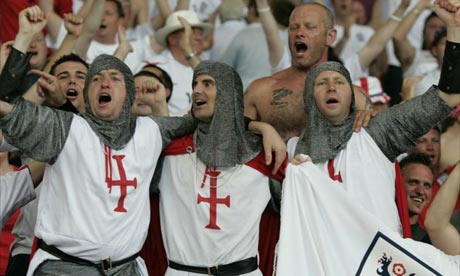 England has had a very disappointing appearance this cup season, losing every match. They have no chance to advance, but they do have a chance to prove themselves against the team that pretty much no one saw dominating this group, Costa Rica!

Costa Rica has already qualified and, at worse, will only lose the top spot if Italy or Uruguay beat each other by a very wide margin. That being said, they are guaranteed to be at least #2 in the group, and therefore will advance.

I'll be rooting for England. They deserve to leave with at least ONE victory!

This is a huge game for both teams, as the winner will advance, and the loser will not. I expect a heated, fast pace game that will be fun to watch. I'm rooting for Uruguay because...well...they are playing Italy. Duh.

This is also a very important match. Ivory Coast wins, and they seal the second spot to advance with authority. Ivory Coast has played extremely well this Cup, and stands a good chance of pulling this off. However, if Greece wins, this will put them in the second spot, unless Japan defeats Colombia, where the Goal Differential (Japan -1 currently, and Greece -3) will come into play. A win here and a Japanese defeat would bring Greece back from the bottom of the group and push them forward to the Round of 16!

So, big game for both teams! I'll be rooting for Ivory Coast.

And last game of the day...

Colombia will advance, and has nothing to lose with this game (outside of the fact they are a team that likes to WIN!). Japan, on the other hand, has a chance to take the second slot if they can pull off an upset here and Ivory Coast loses in an upset against Greece.

I'll be rooting for Japan.

So, another big day of deciding games tomorrow! See you then! I was on a night out for the England Italy match, after it was over we headed for sugarcane ( a completely different place to what you expect from the name) and there were several England flags left in the road and other England paraphinellia left all over the place, and we were still in the comp at that Point

On the plus side I did get myself a free flag

Premium Member
Original Poster
To those who question why this is the world's game...

It's the world's game because you can play it anywhere, as long as you have a relatively clear, flatish bit of ground, anything that can be used as a ball ( when waiting for the school bus we did use a drinks can) and something that can mark a goal, two shirts work well

But then you can go all the way up to the elite level with ridiculous levels of skill, and levels of drama that make Downton look like a sitcom, for me nothing surpasses the 1999 champions league final