Original Poster
Tonights emotions are too much! We said goodbye to my favorite Survivor ever, for very likely the last time. But then we have one of the most epic moves in Survivor history. I don't think I fully realized how epic it is, either, since I was still bummed about Parvati. But here are my thoughts...

1. Parvati! No! I knew it was going to happen, and I'm surprised it took this long. But I knew Nick wasn't going to throw his game away for a high school crush who he'd never met. It's so sad. I hope she returns from the Edge, but I would be shocked if that were to happen.

2. Denise! Amazing! I wish she would have kept an idol for herself, but much like Parvati in Heroes vs Villains, it was a very smart use of her second idol, even though it had to effect. Sandra got too bold there, and I saw it coming. Denise gets to keep one of the fire tokens, too. So smart!

3. I am loving the strategy that fire tokens have brought to this season. Anything that bring strategy and social politicking are more than welcome. They aren't like an idol that can be kept secret and used to bail out bad gameplay. They are being used to barter and buy and sell. There's strategy behind it, and I love it.

6. I would argue that taking out all these old school players is the wrong move for the newer school players. The old school players, while very good, are much more loyal. And although they seem connected, they were all isolated and had nowhere to run. Rob had nobody once Amber, Ethan, and Tyson were voted out. Parvati had nobody besides Michele tonight. These two players were nearly powerless in this game. Yet you can still use them as shields. Now the players like Jeremy, Tony, Kim, etc. are the next in line. All the top threats are gone. Yul will be looked at. Wendell will be looked at. I know you don't want to rock the boat, but they are keeping less-predictable players in the game. That's very dangerous. Ben, Adam, Wendell, Tony, Sarah, are all players who have proven to be unpredictable or very willing to backstab. Rob is not a backstabber. Parvati backstabbed in Micronesia, but stayed loyal to her core group. She was very loyal in Cook Islands and HvV. The players around her (Penner and Russell) were the ones doing the betraying. I think the legend surrounding them was too much, but that's ultimately what has taken down most of these winners so far. The ones who are left are not as big of legends as Rob, Parvati, Ethan, Tyson, etc.

7. So far I think these are the contenders to come back from the Edge: Tyson, Rob, Natalie. I'd be surprised if anyone else did.

8. As much as it hurts me, it continues to be a fantastic season.

Premium Member
Advertisement
My PVR cut off the last 30 seconds. To whom did Sandra bequeath her token?

JenniferS said:
My PVR cut off the last 30 seconds. To whom did Sandra bequeath her token?
Click to expand...

And weird. My DVR cut off the whole 2nd tribal but then recorded the last 2 minutes showing scenes from next week and Sandra’s bequeathing.

And weird. My DVR cut off the whole 2nd tribal but then recorded the last 2 minutes showing scenes from next week and Sandra’s bequeathing.
Click to expand...

Why are you still up? I was going to text you, but looked at the clock and posted here instead.

JenniferS said:
Why are you still up? I was going to text you, but looked at the clock and posted here instead.
Click to expand...

I didn’t realize what time it was.

DENISE - what a boss!

RIP Parv, it was a good run.


I think Sarah remains the front runner for the end game. She has secured herself quite a few offshoot alliances. Even if the Yul collective returns, Sophie will keep them steered clear of her for a while.

I think the downside for Yul's alliance is that they are now a very clear trio in a game without another trio. I see the tides turning on Wendell (fingers crossed).

I'm really cool with almost anyone winning at this point apart from Wendell and perhaps a few of the men that are ironically the goats of this season. The women are playing hard. 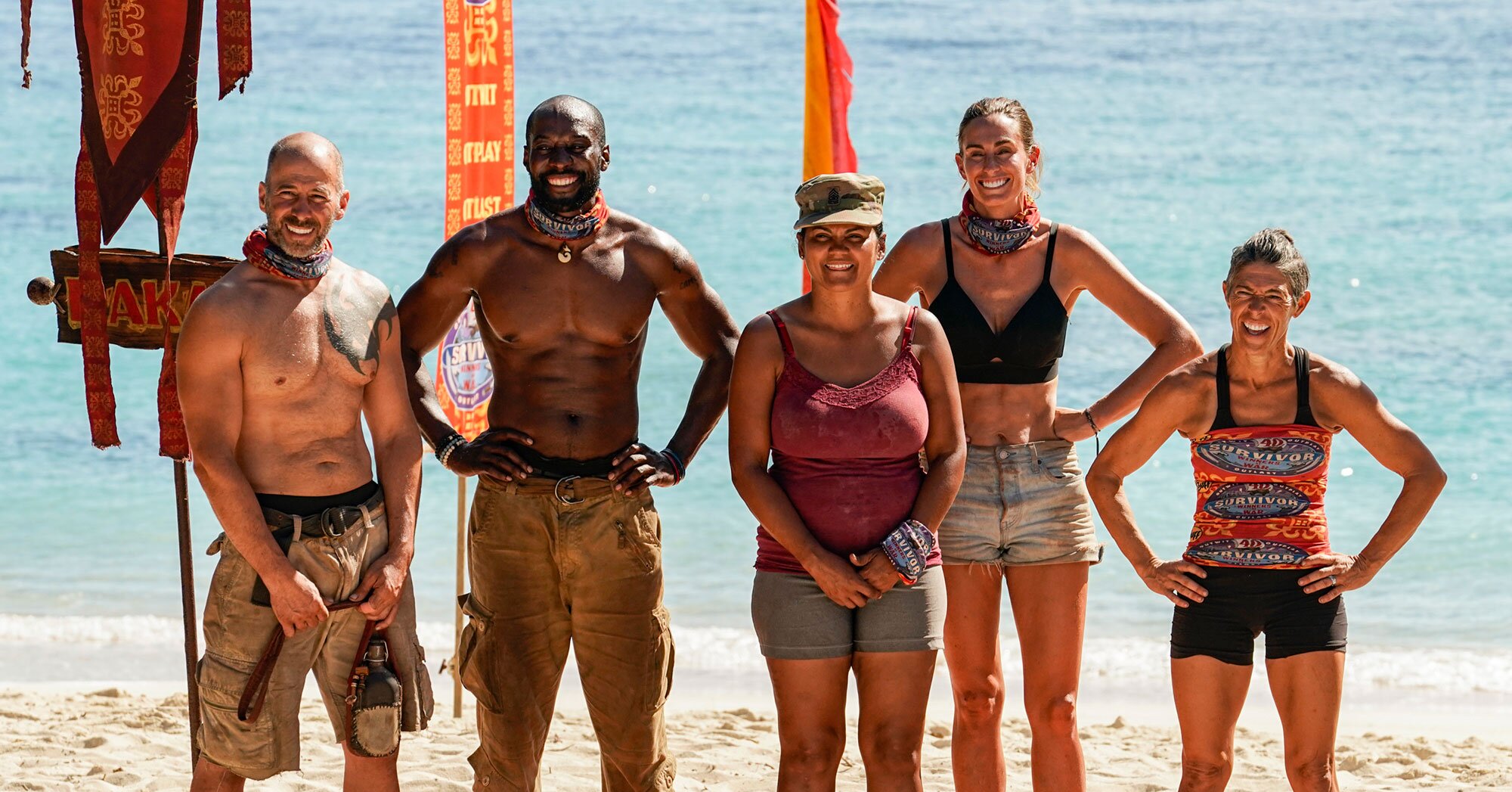 'Survivor: Winners at War' recap: A legend is born

“Well, tonight’s Tribal shows that no matter how you categorize each other as threats, it only takes one move to become a high-profile player. Welcome…

Fire token usage finally making an impact. PB for Tyson and some token for votes/idol negotiations - and then a blindside!. This is getting a bit more interesting...

I loved the peanut butter!! That was the best thing I've seen all season.

What was Sandra thinking? In a tribe of five, she gave up immunity AND made it so Denise could save herself a fire token by voting her out. How does "the Queen" decide that an Erik style move makes sense? This has to go down as one of the worst moves in Survivor history.

Wendell is similarly lucky to have survived. In front of his alliance, he flat out said that he would swap his vote to anyone of Parvati's choice, in return for fire tokens. Maybe he was trying to pull a fast one on Parvati as well, and his alliance knew it? Otherwise it just makes no sense. If Parvati wasn't the big threat that she is, I wonder if he would have gone home.

Forgive me if I read it wrong, but she didn’t even stay on Edge a single night?

Forgive me if I read it wrong, but she didn’t even stay on Edge a single night?
Click to expand...

I can understand why she quit. She is not good at challenges. Sandra has sat out most of the challenges this season. She has a very small chance of winning a challenge against the other people at Edge.

artvandelay said:
I can understand why she quit. She is not good at challenges. Sandra has sat out most of the challenges this season. She has a very small chance of winning a challenge against the other people at Edge.
Click to expand...

Premium Member
My son pointed out something - Sandra will no longer be the Queen, period. At the end of this, someone will have $3 million to her $2 million, and they will both be tied at two wins. 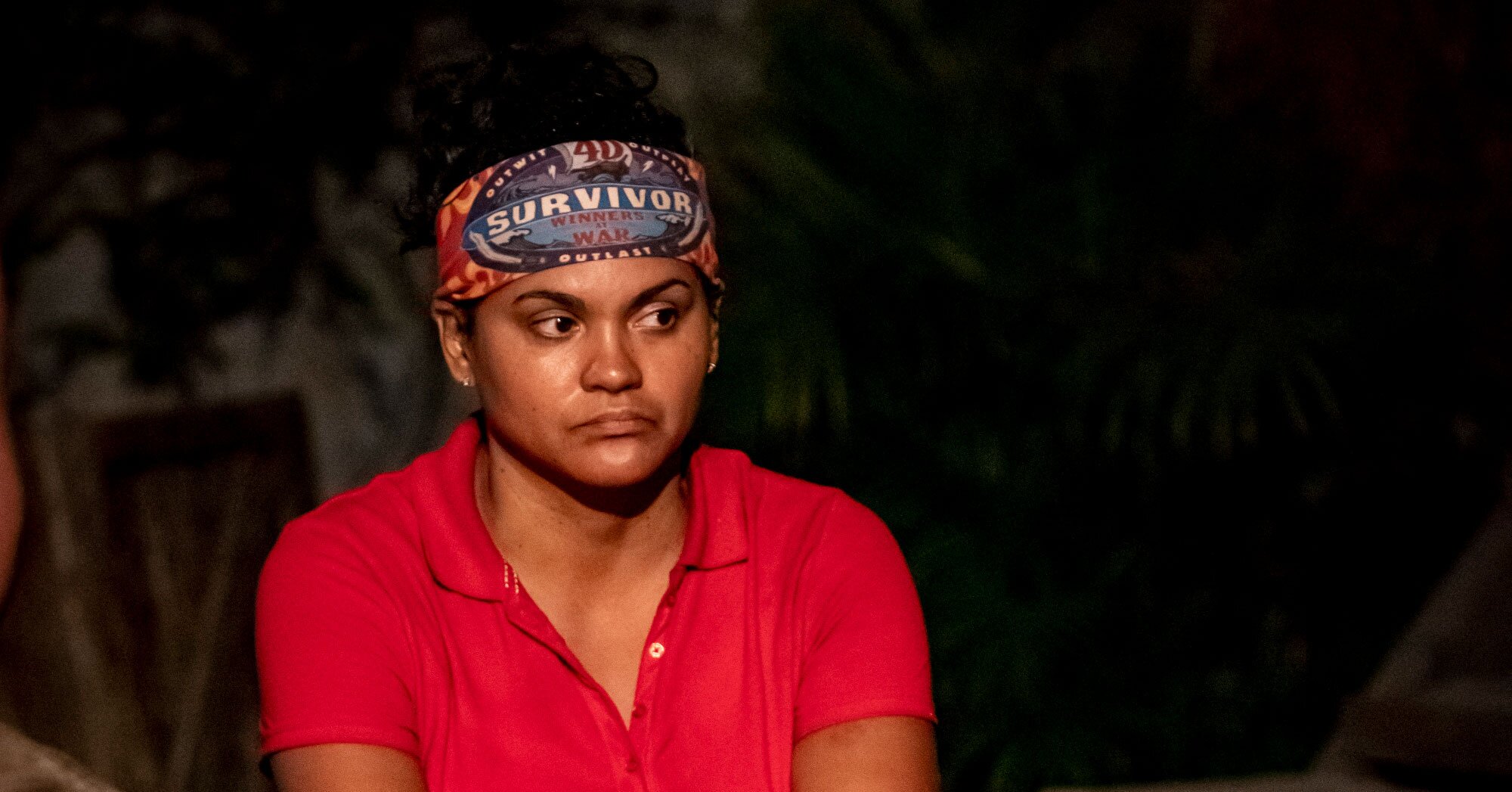 'Survivor: Winners at War' recap: The queen abdicates her throne

There are a lot of weird things happening in the world today. The almost complete shutdown of society probably tops the list, with episodes 1,…

Regardless of being good at challenges or not, this season has made Sandra look like a quitter. Sitting out every challenge was ridiculous.

Original Poster
And the old schoolers are all gone.

2. The old schoolers have not had a hard time keeping up with modern Survivor. They were in the minority. They are the bigger threats. They've had time to have their legends grow compared to these new players, in which many grew up watching the old schoolers, which just makes them bigger targets. For all we know, there could have been a new school alliance that we haven't been shown. I think that's pretty likely to some extent.

3. The challenges this season have been incredible!

4. I loved the scene between Parvati and Ethan.

5. I HATE to say it... but the Edge has given a lot of interesting material this season. But also a lot of not so great material that takes away from the game. A thousand percent better than season 37 so far, but I'd still hate to see it return. I think the only reason it kind of works this season is because it's winners, and everybody knows about it.

6. I think it will be one of these players getting back in at the merge: Rob and Tyson in the first tier, Natalie and Yul in the second tier.

7. Who I want to return: Parvati (duh) or Ethan

8. As much as it stinks having all the old school players gone, I would still be thrilled with one of the following winning: Kim, Tony, Denise, Jeremy, Michele, or Sophie. That's a lot of players!

Love this show. Survivor ratings are also spiking (I know people are home) bit new eyes can keep this show on for many, many more years.

The scene between Ethan and Parv was great TV, but real life! Wow.

Boston Rob wrote the book- he is good, despite being a ‘portly chap’ lol Tyson.

My favorite legends are all on Edge. They were outnumbered against the new winners. That was annoying. An old school vs new school tribe would have helped them out.

JenniferS said:
My son pointed out something - Sandra will no longer be the Queen, period. At the end of this, someone will have $3 million to her $2 million, and they will both be tied at two wins.
Click to expand...