On layoffs, very bad attendance, and Iger's legacy being one of disgrace

I was kidding. My apologies. Not an insider here. Just got sucked into all the car talk. I’ve enjoyed this thread.
L

mkt said:
In my wife's profession, DC would increase her earning potential enough to more than offset the increased cost of living. And once she's settled in, I can search for a local job that would pay better.

Commuters from Fredricksburg, VA to commute to DC. People leave at 530am to make it to work by 730pm and that's in good weather conditions.

My wife and I prefer to live in the city proper, not the suburbs. That's what we do now in Miami.
S

flynnibus said:
spending 5k on a vacation is not the sand as spending 10k for a spa or 60k on a pool.

10k is certainly in play for a vacation and 60k for a certain segment of the population isn’t far fetched either. “Hey we had to cancel our $60k 4 weeks European vacation of a lifetime. You know what let’s re-do the backyard instead.” I’m sure this conversation transpired a few times this year
L

mkt said:
My wife and I prefer to live in the city proper, not the suburbs. That's what we do now in Miami.
Click to expand...

DC has many dangerous areas to live in. Just choose wisely.

mkt said:
My wife and I prefer to live in the city proper, not the suburbs. That's what we do now in Miami.
Click to expand...

How are things in Miami? Are things starting to stabilize?

HauntedMansionFLA said:
How are things in Miami? Are things starting to stabilize?
Click to expand...

Bad but getting better, and Nope. I live literally across the street from an airbnb mansion that's been turned into an underground nightclub and hosts Covid parties.

We'd call the police, and nothing. After the last one, the neighbors all got together and started calling the police, code enforcement, and towing companies until they arrived. They were fined several thousand dollars, the owner padlocked the gates, and put the house on the market for sale - NOT for rent.
Last edited: Aug 2, 2020

Lilofan said:
DC has many dangerous areas to live in. Just choose wisely.
Click to expand...

Thank you, we will.

Lilofan said:
DC has many dangerous areas to live in. Just choose wisely.
Click to expand...

Would that be more or less dangerous than the Publix in Celebration?

Solidarity! It is a tough road, but I remember thinking at a certain point if it all ended that so many nice things had come of it that I certainly wouldn't regret having gone at least part of the way down it.

The two pieces of advice I was given by my PhD supervisors were to give myself a timetable and to be flexible about what I think of as an academic job rather than just picturing a professorship. I think time sensitive goals and open-minded flexibility are fairly broadly applicable with career choices, but it can be a bit messy as you do often jump from job to job which makes it hard to judge if you're getting anywhere. I was also strongly advised by those same supervisors to take a technically better job and instead chose the far more insecure one because it felt like a better fit for me personally, and ignoring them is ultimately what led to everything clicking into place. So, instinct and a certain degree of luck also played some role.

This is where I really don't like the "if you don't like your job, get a new one" attitude, as it's not that simple on any level. Beyond other jobs often not being available, there is the competing but related message that if you work hard enough that will be reflected in your career advancement toward the job you do want. It's all part of the same mythology that also allows those who do get ahead to imagine it's because they were necessarily smarter and harder working than those who don't

That is perhaps the most poorly designed section of highway in the country...maybe the free world
B

Sirwalterraleigh said:
That is perhaps the most poorly designed section of highway in the country...maybe the free world
Click to expand...

There are some great things about the DVM area, but it is a better place to visit than live these days. Especially with how much home prices have skyrocketed in the area.

brianstl said:
It Is awful.

There are some great things about the DVM area, but it is a better place to visit than live these days. Especially with how much home prices have skyrocketed in the area.
Click to expand...

It represents what “not” to do in urban planning/design. They didn’t seem to make the correlation between what massive suburban expansion does to roadway capacity?

Best engineering fail this side of PENNDot

Sir_Cliff said:
I have also been very lucky to get a job that I enjoy (well, it has its moments) in a field that I love. This, though, makes me more understanding of the situation many CMs find themselves in.

Within my field (academia), it is very common for people to spend years working hard on poverty wages and ultimately go nowhere. That's in large part because the higher education system is structured to take advantage of the fact people are passionate about their field and will sacrifice a lot to obtain a job, sucking in more people to do PhDs than there are academic jobs and them dangling the carrot of an eventual job in front of them in exchange for cheap teaching labor. Because some people do make it and the culture tells you that you have to persevere if you hope to be worthy of a tenure track position, it becomes very hard for people to judge whether they're chasing sunk costs or giving up on their life's ambition because they don't want it enough. I had to work hard, but was also lucky to get the position I have. One little decision or random event along the way and I could easily be still jumping from temporary contract to temporary contract not sure if I'm doing the right thing.

So, I can completely understand people buying into the whole Disney dream and not recognising the difference between sunk costs and perseverance in deciding to remain in their job. The culture people are describing here doesn't seem a world away from what I've seen in my own field.
Click to expand...

But there is one problem to translating this to Disney.

The vast majority of those that “fail to live their dream” at Disney is because they are not looking at it objectively from the start.

They don’t have a career path or a technical skill to build on...just “I love Disney...so I’m gonna work for them!” You’re done right there.

That’s a sad, but frequent case study. Not all...but too many.

In resorts, you’re better off NOT being a fan...but looking at things from a more calculating perspective...like if you’re in hospitality.

True story...they used to have a management pool - a joke really - where people sat and waited for ever for “entry level” (ultimate oxy moron)...
And while frustration grew there...types like sarcastic wisearses would stroll in and get promoted/transferred almost immediately...cause they understood the logistics/numbers and could handle confrontation. I hate people like that

flynnibus said:
It's not enough for people. They want to be the Greeter that requires no real prior training, can be done by anyone with basic training, and want to live where they want, and support their families.

So should the 20yr kid living with 4 other people make x, while 35yr living in a house with 2 kids, doing the same exact job make 4x more because he has greater expenses? If not, the second guy cries "I'm starving..." while the 20yr old says "I'm saving for an xbox...".

The labor market is self-correcting when we ensure people are mobile and empowered. The employers get to squeeze labor when labor is desperate and locked in.
Click to expand...

Maybe "profit sharing" is the answer. Profit sharing works for investors who get their dividends based on profit; profit sharing works for senior executives who get their stock options or bonuses based on profit. Lower level execs get their "raise" based on turnover, but the people at the bottom of the pyramid need a union negotiation, or minimum wage legislation to see any movement in their income. If profit share is good for the top of the pyramid, it should be good for those at the base. And good for the economic health of the company as everyone is incentivised.

The traffic is a perfect analogy for the three branches

Sirwalterraleigh said:
That is perhaps the most poorly designed section of highway in the country...maybe the free world
Click to expand...

JoeCamel said:
The traffic is a perfect analogy for the three branches
Click to expand...

That stretch of roadway makes me want this: 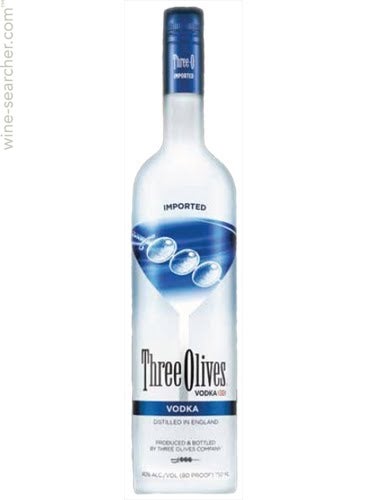 Sirwalterraleigh said:
That stretch of roadway makes me want this:

Next admin will "improve" it.
You must log in or register to reply here.