What is your favorite subtle detail from any attraction?

Original Poster
I have to say mine is how The Haunted Mansion smells like an actual “old house”. I grew up in New England, where’s there’s tons of houses and old buildings from the 1700s and the 1800s still standing, and they have that same district smell. I don’t even know how to describe that smell, but every time I ride The Haunted Mansion, I get flashbacks to my youth with that “old house smell”. I don’t know how Disney is able to recreate it so well, it’s just an excellent small touch that I doubt many people even notice. What’s your favorite subtle detail?

, not sure how "subtle" mine is but in the tower of terror cue, the cobwebs all over the place.
My second one is in the muppets show in HS. Reading the doors along the cue

I really think it's cool how the Imagineers building GMR actually created lore for the town of "Tombstone" through wanted posters, newspapers, etc.

Peter Pan. Looking down on London with the traffic moving, and London Bridge and Big Ben in the scene. If youre not paying attention you can easily miss the affect of the moving traffic.

It’s a pretty primitive example, but I always love looking at the rain in the first scene of Living with the Land and marveling at how simple but affective it is. It’s just thin clear strings running almost vertically with some scattered lights running across them.

Going ‘under the sea’ in Journey of the Little Mermaid. Feeling like you’re being submerged into nice, cool water thanks to a burst of fresh air.

The fire in the pirates. It’s cheesy but it works.

HoorayForHollywood said:
I really think it's cool how the Imagineers building GMR actually created lore for the town of "Tombstone" through wanted posters, newspapers, etc.
Click to expand...

I wish you could actually read all the posters and newspapers along the ride track. It's just too dark and you go too quickly to see anything but the largest sized text on any of these documents.

yankspy said:
The fire in the pirates. It’s cheesy but it works.
Click to expand...

At this point, the atmosphere in Pirates is almost the only thing it has going for it. It’s surprising to me what a difference changing the auction scene made to the ride, but at this point the only reasons I ride are nostalgia and atmosphere

From an attraction? The Dinosaur queue honestly feels like walking into a museum, just with a queue in the fossil hall for whatever reason. I quite like it. The diorama between the entrance and the fossil hall itself also clearly had a lot of effort put into it, I sometimes wish I could just stand there and look at it for a bit. The paintings in the fossil hall ceiling too...

Premium Member
The EPCOT model (as envisioned) on Wedway.

There are several, but the smoke smell in Spaceship Earth and the smell of oranges in the original Soarin' are two that stand out to me.

Oooo, this is my kind of thread. I have a couple.

During the outdoor portion of Test Track there is a road sign(?) with Progress City on it. I don't completely remember how that one ties into Test Track, probably something to do with World of Motion

There are 1995 skulls behind Mara on IJA at Anaheim, a tribute to the year the ride opened

On the TTA you hear "Paging Mr. Morrow, Mr. Tom Morrow. Please contact me Johnson at the Control Tower to confirm your flight to the moon." but what a lot of people don't know is Mr. Tom Morrow was the name of the director/manager at Disneyland's attraction, Flight to the Moon, and Mr. Johnson was the same animatronic, but reused in Flight to the Moon's predecessor, Mission to Mars. Clever nod! 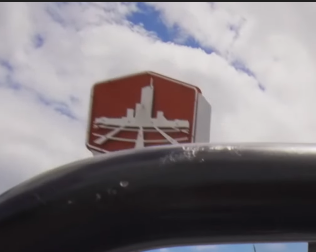 I realize these are less details and more secrets. For a detail I guess I'd say the painting Mr. Toad handing the deed to Owl on WTP.
Last edited: Aug 22, 2021

I agree with a lot of these. The burning smell when Rome falls in Spaceship Earth is a nice touch (quite a few on that ride). The smells on Soarin' and Flight of Passage are good. Slinky Dog Dash, and for that matter, Toy Story Land has quite a few. How they use toys as fences, barriers, lighting, etc. is fun. The London streets on Peter Pan's Flight is cool. One other is the standby queue for Peter Pan's Flight. Tinker Bell's shadow is cool. In fact, the kids' bedroom is full of fun details.
R

On the People Mover I always love listening to “ Paging Mr. Tom Morrow”!

Walking through the queue for Toy Story Mania and seeing all the old-school board games. They recreated them very well down to the very last detail!

And all this time I thought "Paging Mr. Tom Morrow" was a play on words for Tomorrow Land.

Karakasa said:
From an attraction? The Dinosaur queue honestly feels like walking into a museum, just with a queue in the fossil hall for whatever reason. I quite like it. The diorama between the entrance and the fossil hall itself also clearly had a lot of effort put into it, I sometimes wish I could just stand there and look at it for a bit. The paintings in the fossil hall ceiling too...
Click to expand...