So, You Want to be an Imagineer Season 19 - Madcap Circus [ONGOING]

Original Poster
Project 8 Eliminations​
As most of you know, unfortunately @AceAstro was eliminated in 10th place, making him the first member of the jury.

AND, @Mickeynerd17 has opened Walt's Vault, causing him to be whisked away by the dreaded Clown Car for the round, meaning that he cannot play in this round, but is also safe from elimination.

Reviews will be coming over the next 24 hours like usual. Live show should be Wednesday night.

JokersWild said:
As most of you know, unfortunately @AceAstro was eliminated in 10th place, making him the first member of the jury.
Click to expand...

Thanks for having me! Truthfully, I haven’t taken time off the forums in over 2 years so burnout was running strong on straight write-ups. I’m extremely happy though because it forced me to try new things. The 3D model concept art or Lycan timeline presentation would’ve never happened otherwise. While I would’ve loved to win, it means I get more time for personal projects working on my new skills

Gee wiz, would you just look at that spiffy new avatar teaser!

Omg thank you guys for all your incredibly kind words!! You really warmed my heart!! I’m so grateful for this community and so happy to know you all!!

@AceAstro I’m sad to see you exiting the game. I was hoping to work with you at some point so we’ll just have to figure that out another time! Your ride vehicle model was incredible!!!

So, are those Round 8 reviews coming soon? (Nudge nudge)

Mickeynerd17 said:
So, are those Round 8 reviews coming soon? (Nudge nudge)

Today has been non-stop busy on my end. Reviews should hopefully be up at some point tomorrow with a podcast covering all six of the dark ride projects happening later in the week.

Original Poster
I'll have mine up in the within the next 24 hours hopefully. I had a super full weekend ending with me finally getting my first vaccine, so I haven't had much time to sit down and properly read the projects.

What’s this!
It’s Team Danny DeVido, here to sabotage SYWTBAI! (wait, my name’s misspelled!)
Team Danny Devito? Those guys are weird! (In other words, I’ll be providing some crude commentary/joke reviews). Guys, I’m the real circus master, not some imposter!

First off, I'd just like to give props to the team for being so efficient with breaking up into the different groups. It was truly a well oiled machine of coordinated effort that definitely impressed me. @Mickeynerd17 made some bold moves as our first post-merge Project Leader and really set a tone for the rest of the game. All in all I was really impressed with this project, granted there was definitely a noticeable weak point among the three that probably just has to do with my distaste for the "Book Report" style. Let's get into it.

On the presentation side I think you did a lot of things right. Loved all the maps and different art styles mixed with solid reference photos. It really is a shame that it came down to @AceAstro getting eliminated because the 3D artwork he put in really is incredibly solid. I also loved how you weaved a narrative through how the different attractions would change throughout the years. If I had one tweak I could make I would maybe go the "Fan Blog" route and have this be a Yesterland style website instead of just a document, but visually what's here is still really great.

This one really impressed me for how much it fit the tone of Mr. Toad. You really nailed it down to a T. One big thing I really like about these dark rides as a whole is they don't feel totally restrictive to being copy and pastes of the attractions they're supposed to be replacing just with different skins. With this one you get a madcap car ride that has a bit more intensity than Mr. Toad with some solid jump scares in line with Snow White and even a couple really impressive set pieces. I loved the idea of a multi-level dark ride room. Very much felt like a "What If..." stepping stone to stuff like the Indiana Jones arena room and also in line with something like Knott's Calico Mine Ride as far as scope for the general time period goes.

The pacing was really on point. I definitely got a great old-school Fantasyland vibe to it. Again, the mix of Mr. Toad and Snow White elements proves potent. I love stuff like Cruella overlooking Hell Hall and the Horace and Jasper jump-scare as nods to Scary Adventures while still wearing the Toad DNA all over its sleeve. If I had one nitpick I would say that one a realism point of view the attraction might go on a couple scenes too long, especially considering how ambitious the multi-level room is. That being said I don't really have a solid grasp on the scale of Florida's Toad so for all I know it's totally in-line with the original attraction. While I think Dumbo was the overall strongest for how insanely creative and dark that attraction gets, I think this one might be the most feasible overall as a popular IP from the era that actually would hold up a lot more than Toad would for a general audience.

Unfortunately I'm going to have to get a little harsh with this one, just because I think it's really wasted potential. Bambi is maybe with the exception of Fantasia THE definitive "Animation as Art" film of the Walt era. The entire movie is just wall to wall nature and atmosphere and with the exception of a few key scenes I think the characters and story are actually one of the weaker points of the overall piece compared to the gargantuan heights the actual animation reaches. With that said, going with a pretty darn standard book report style was about the most disappointing way you could have gone about this considering just how abstract the film is in general.

I mean, Pan has book report qualities. I follows a linear story a lot more than Toad does. But it also shuffles up the events and is much more about the atmosphere than telling a top to bottom story. Dark rides are some of my favorite projects every season, but they can derail if it feels like I'm just reading a synopsis of the plot without much engagement in regards to how it would translate to a physical space. I mean, there's definitely some good stuff there. I thought the cabin was a bold choice as a queue that ultimately paid off with a really good transition. I just really kind of phased out when I realized just how much of this was just regurgitating the plot of the movie. It's a solid dark ride to be sure. Nowhere near the trashfire that Yogi Bear was ( ), but definitely a weak spot in the overall lineup. I really wanted to see something a lot more abstract with this and I really think you had the source material to pull off something way more interesting than a book report.

This isn't the most ambitious or groundbreaking concept of the season so far, but it's EASILY my favorite. I've recently taken on a new found fascination with just how dark the original Florida Snow White ride was, and this captured that mood absolutely brilliantly. Dumbo is a film I really don't instantly associate with being scary. As a kid I always found the Pink Elephants more fun and creative than intimidating and the darker context of the mother situation and the Baby Mine of it all definitely went over my head. Well hot damn did you lean head long into it. I'm practically giddy for how freaking creative this thing is. Here we go with the blending of projects again because I love how this is a potent combo of Peter Pan tech with the Snow White mood and relentlessly dark atmosphere. Hell, you even worked in a bit of Pinocchio as I felt the Ringleader had a bit of a Stromboli presence to him.

I thought it was a really creative take to have the ringleader be the main villain of the ride in spite of being a somewhat neutral force in the film. I also really loved how antagonistic the tone is just in general. Starting the ride with the other elephants starring at you maliciously as Baby Mine is playing in the background. I mean...come on, man. That's EASILY chef's kiss territory as far as a tone setter goes. It's almost a Thesis of sorts for how the rest of the attraction is going to go and that sort of mood genuinely blew me away. It emulated just how weirdly sinister the original Fantasyland Scary Adventures was in such a super specific way. My one nitpick here is I don't think the flying sections were all that well explained or thought out and I think the ride would have worked just as well with Casey Jr. as the ride vehicle or something like that. With that said, brilliant touch with the clown makeup being another wrinkle in the creep factor. Overall this scratched my "Urban Mythology" itch when it comes to creepy old school dark rides in just the right way and it's genuinely my favorite component to any project I've read in a long while. Easily the biggest creative homerun of the season so far in my humble opinion.

Just as clarification, the current project is due Monday, July 26th at the usual deadline time. The 25th was a typo.

For those who were involved in the B-movie project; sound familiar? 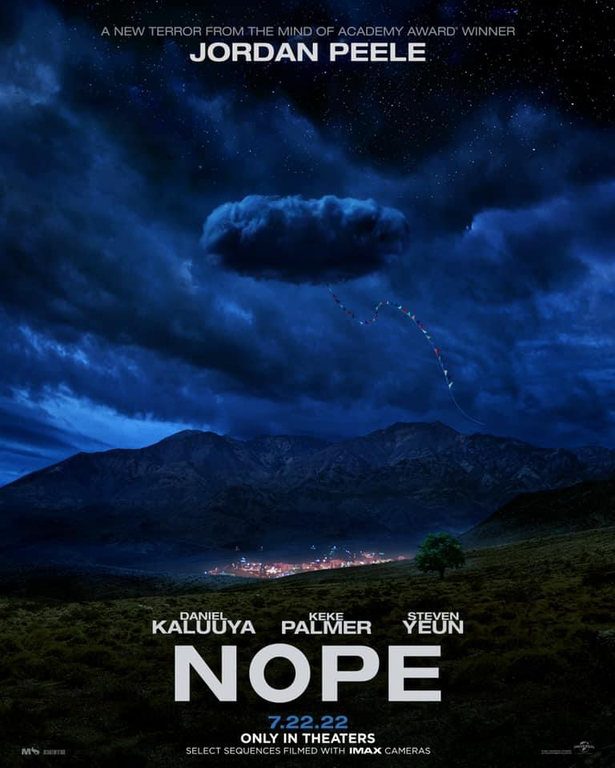 monkey92514 said:
For those who were involved in the B-movie project; sound familiar?View attachment 574018
Click to expand... 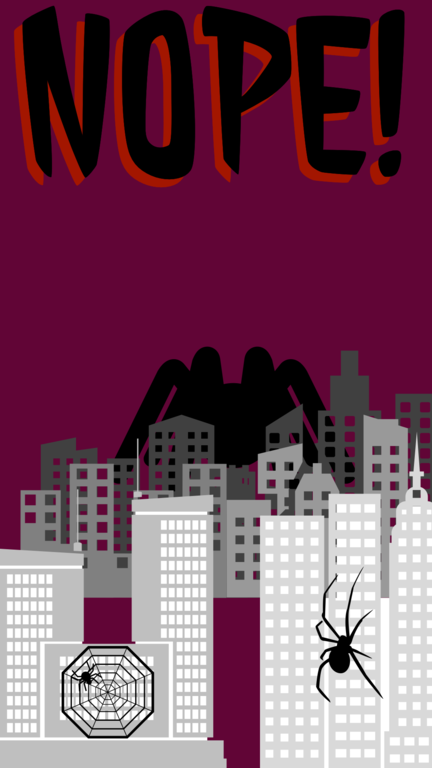