I watched the video uploaded by Orlando Rising. The smugness. When confronted of pics of his car with the Cranium Command jacket BDD goes "a lot of BMWs out there." Yeah but not driven by entry level CMs backstage... and then when he asks to call his mom and the detective asks him if he's an adult

Is that a GIF for ants?
S

Has this article been posted yet? 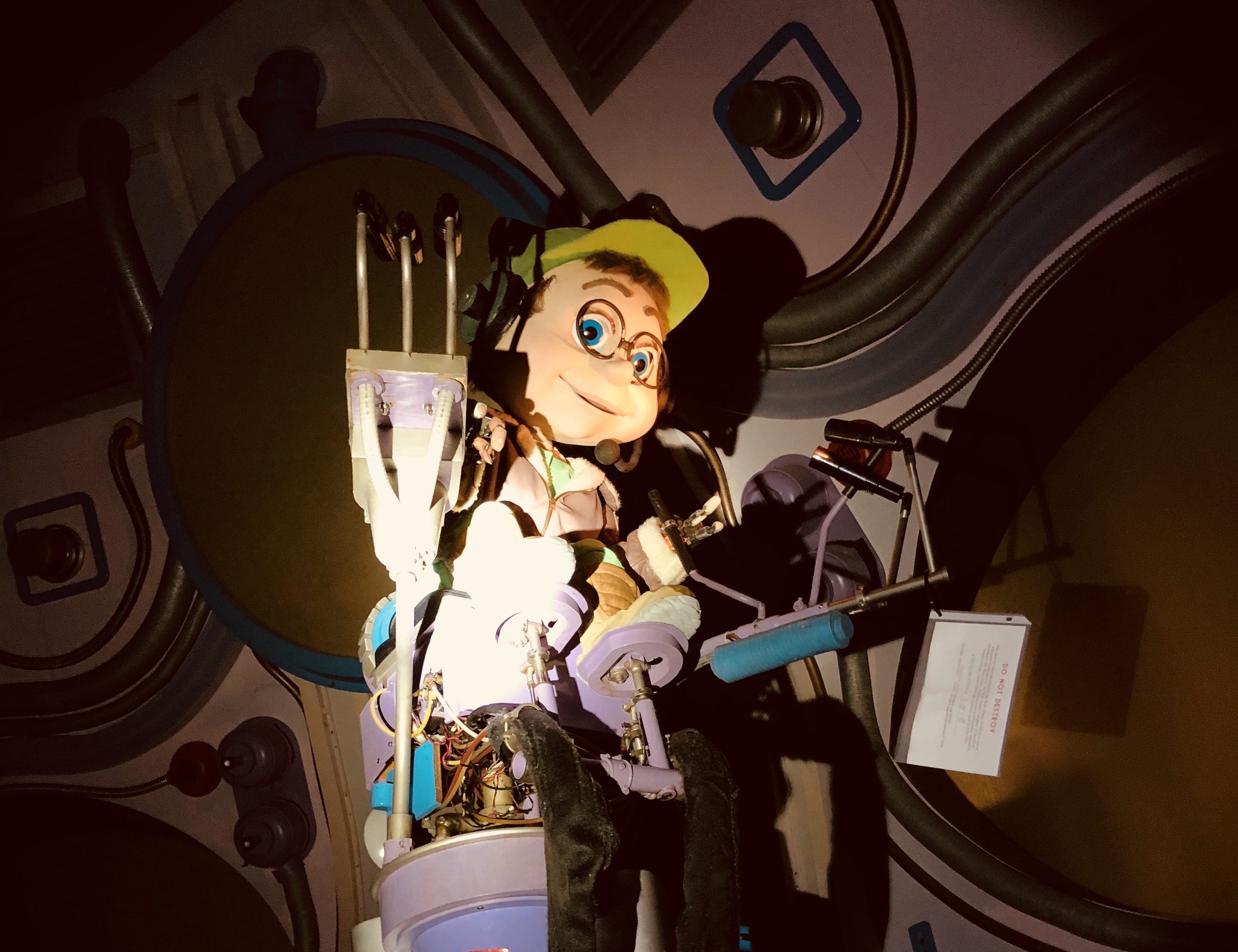 Polices explicitly state that Disney does not have Buzzy.
Last edited: Oct 24, 2019

BigThunderMatt said:
Is that a GIF for ants?
Click to expand...

From the one photo of his phone, I certainly hope he got that rose jam body wash!

Premium Member
So finally watched the video (thx for posting @OrlandoRising !!). So they clearly confronted him with photos, they claim came from his phone number. So that's bad news for him... The statements suggest maybe they were photos sms'd or something.. but he also says 'on the internet'.. but having those phone photos before the interview wasn't a detail that stood out to me previously. If their source did legitimately have something tying the photos to his phone number.. that seems like an easy path to get the probable cause for the seizure and later warrants. Nothing in the interview suggests the interview itself gave discovery to seize the phone.. but it was all information they had prior and the police lured him to bring the phone to them.

The interview shows a kid who thought he was in control.. but really was in over his head. As soon as they started asking questions about his phone, he was in trouble and you could see the posture change. He thought he was still in control... but the door had already closed on him and he just didn't know it yet. He thought it was protected and safe.. but the police are far more experienced than he is.

Police sure showed a hand suggesting they had stuff specifically on him... but that could have been a ruse too. I just want to know if they legitimately had evidence tying the photos to his phone number because securing the phone is such a key point to the windfall of evidence afterwards.

Patrick's lesson to everyone... never go in for questioning without representation

flynnibus said:
Patrick's lesson to everyone... never go in for questioning without representation
Click to expand...

Also don’t carry evidence against yourself into a sheriff office.

s8film40 said:
Also don’t carry evidence against yourself into a sheriff office.
Click to expand...

Well that's what the lawyer's job is.. helps catch all those things

I am curious if OCSO recovered any other phones. Spikes claims the phone in the video is only 2 months old. Who knows if he's being honest.

I just wonder if he'll see another arrest before his trial. If theres a lot more evidence of stolen goods.

But like Spikes said... if you see a photo of an inside of a BMW... what makes that my BMW? Need something more unique. The car photos they released are pretty bland in terms of identifying the car.

I wonder if he had time to delete his hard drive and whatever else he has on the cloud.

Here's the video of BackDoorDisney's questioning.

flynnibus said:
But like Spikes said... if you see a photo of an inside of a BMW... what makes that my BMW? Need something more unique. The car photos they released are pretty bland in terms of identifying the car.
Click to expand...

According to the warrant, the photos were received via text to someone from Spikes, and the bag itself was found in Spikes' home.

flynnibus said:
Nice... still will be interesting to see how the phone plays out in court... if there was a risk of illegal search there or not. Which will depend a lot on what details they had prior. Doesn't sound like they had a warrant for it prior.. but instead were counting on it being evidence based on probably cause. Because without that phone... seems like everything else falls apart.
Click to expand...

i thought that in the video they say that they got a warrant for the phone
Last edited: Oct 24, 2019

He goes from feeling untouchable to asking for his mom really quickly.

Ismael Flores said:
i thought that in the video they say that they go a warrant for the phone
Click to expand...

It doesn't seem like they had one at the time but rather seized it under the premise of preventing him from tampering with evidence. The wording and sequence of events has been a bit vague I think. The police could have had the warrant and been holding back trying to get him to incriminate himself first... not sure honestly.

ETA: The arrest warrant documents they got a search warrant for the phone after the interview.
R

Notes from Neverland said:
He goes from feeling untouchable to asking for his mom really quickly.
Click to expand...

I love that exchange in the video! "You're an adult aren't you? Then you don't need to call your mom."

RaveOnEd said:
According to the warrant, the photos were received via text to someone from Spikes, and the bag itself was found in Spikes' home.
Click to expand...

Thanks, yes in hindsight that text makes alot more sense.

"On December 18, 2018, I was made aware that another Disney employee had photographs sent to him from Spikes showing the stolen Buzzy animatronic clothing in his vehicle. Also seen in the photographs was a tan backpack that was later learned to be used to conceal the stolen clothing in both the Buzzy clothing case and this case. Controlled text messages were sent where Spikes initially denied any part in the theft but knew the stolen Buzzy clothes were sold for $8,000."

If that employee ratted Spikes out and gave them the photos and proof of the texts.. then they have pretty strong cause to get the search warrants (which they did after the interview) and justify the seizure to prevent Spikes from tampering. It makes the interview video and warrant text alot more clear with all those bits together.
Share:
Facebook Twitter Reddit Pinterest Tumblr WhatsApp Email Share Link