Original Poster
You got it, I think it would be interesting. The restaurant would have an old train station vibe for the check in area (ala Early America).

With separate rooms that look like train cars (ala The Orient Express). Each would be themed to Casey Jr of course and the different parts of the south he’s travel to along his way before making his final stop.

It was between a restaurant and a whole Fort Wilderness-like resort. Out of the two, I went with the restaurant. Because I felt the resort would require too much space and it fits the Circus section well, like you said.

I’m really into model trains, I have a whole village setup in my attic. I go there just to unwind and watch it go around. For some reason I find it relaxing because I’m such a train enthusiast.

A resort for trains would still be a great option since Walt loved trains so much. You get hints of that with Wilderness lodge, but that’s not much. A whole area with train car cabins would be pretty awesome.

I think resort wise it would take up too much space. If they were creating Disney today they wouldn’t put a Fort Wilderness. Because it’s a waste of space.

Casey Jr’s Train Depot seems like a better option because you get the theming with just a medium sized footprint. It could even share a kitchen like Liberty Tree Tavern and Diamond Horseshoe does, for better use of space. 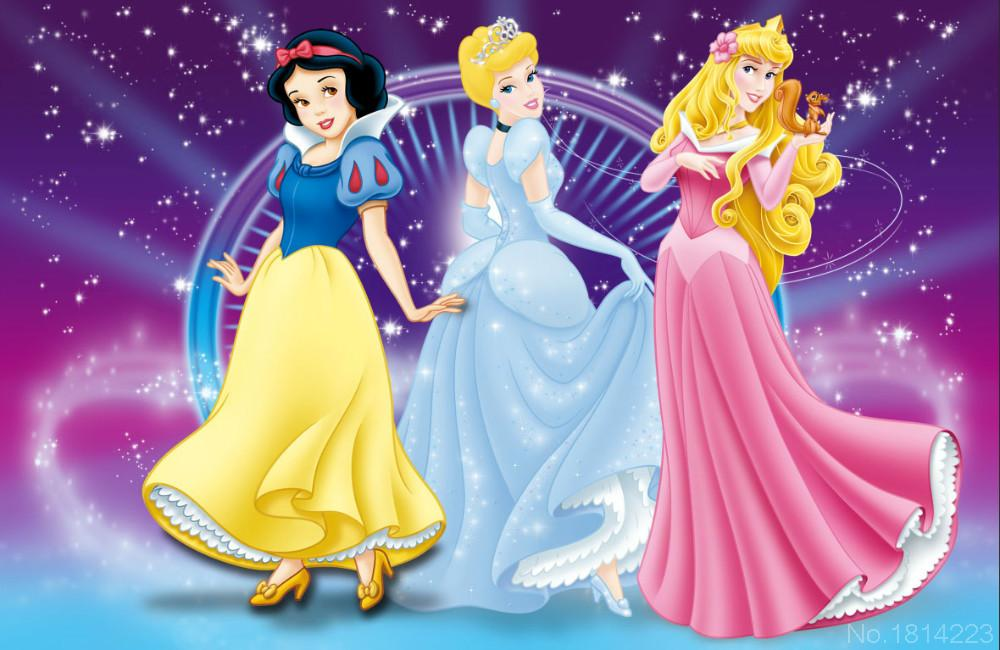 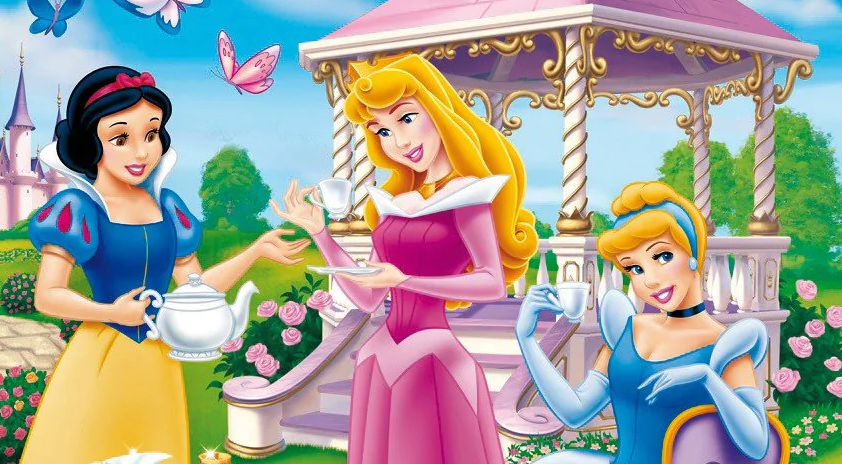 Although it will be known as one land the next section will be immense. And it will be made up of 3 distinct areas themed to 3 different princesses. Disney’s original triumvirate of princesses, Cinderella, Snow White and Aurora. Everything throughout the lands will be themed to only things associated with that particular princess like a Pumpkin Coach, a Poison Apple, 7 Dwarfs and even an evil Dragon.
Last edited: Dec 26, 2022 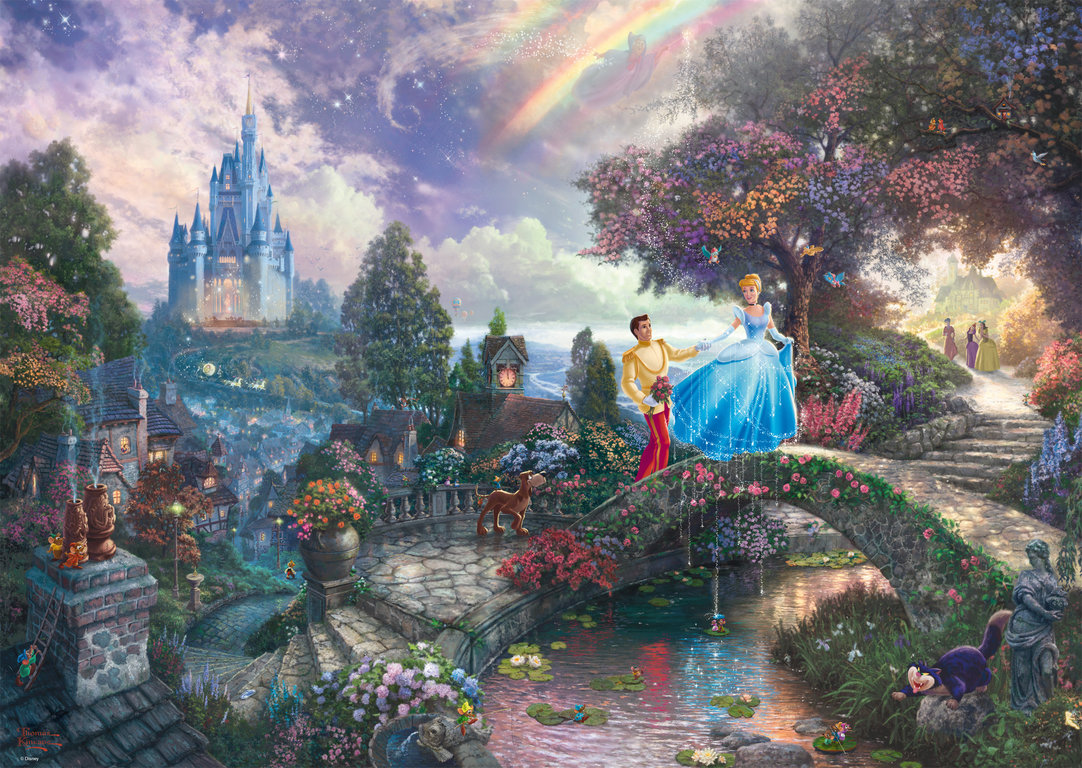 The first section of this park’s Fantasyland equivalent will be home to Cinderella. To set it a part from the other areas in Princess Land it will be set in a different time and place. Which was seen in the original classic 1950 animated film. It is completely themed after a French village during the Mid 19th Century, when the movie takes place. The signs throughout will showcase the different language, much like France in Epcot does. 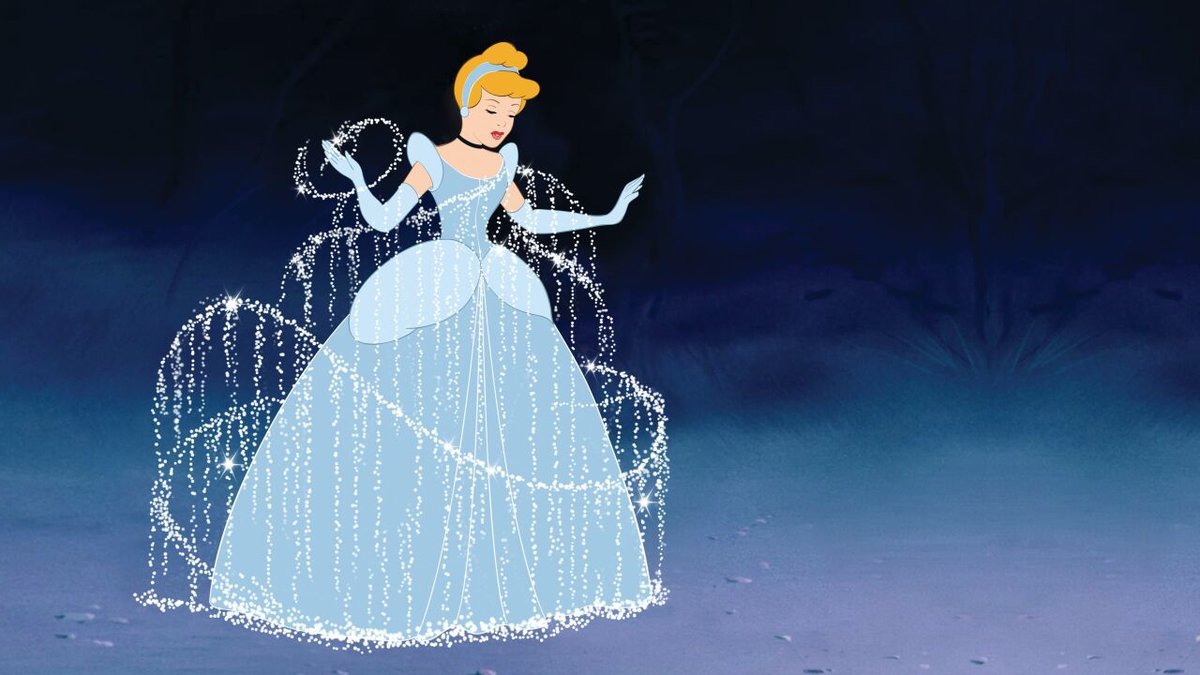 Bibbidi Bobbidi Boo
----- (dark ride, similar to snow white’s enchanted wish)
----- (In this attraction it shows Cinderella working like a servant. Working so hard she doesn’t have time to make her own dress. The mice try, but their efforts are destroyed by the evil stepsisters. Luckily she also has another friend to lend her a helping hand. A Fairy Godmother shows up out of nowhere, and Cinderella is finally rewarded with her overwhelming goodness. The attraction includes the classic songs “Cinderelly, Cinderelly” and “Bibbidi Bobbidi Boo”. Sung by the mice and her faithful fairy godmother.)

Storybook Dream
----- (dark ride, similar to under the sea)
----- (This attraction chronicles the love story of Cinderella and Prince Charming. Who meet at the ball and fall in love. Their love seems doomed when the clock strikes twelve. But thankfully they eventually meeting again when Cinderella tries on her lost slipper. The attraction features the song “A Dream is a Wish your Heart makes”.) 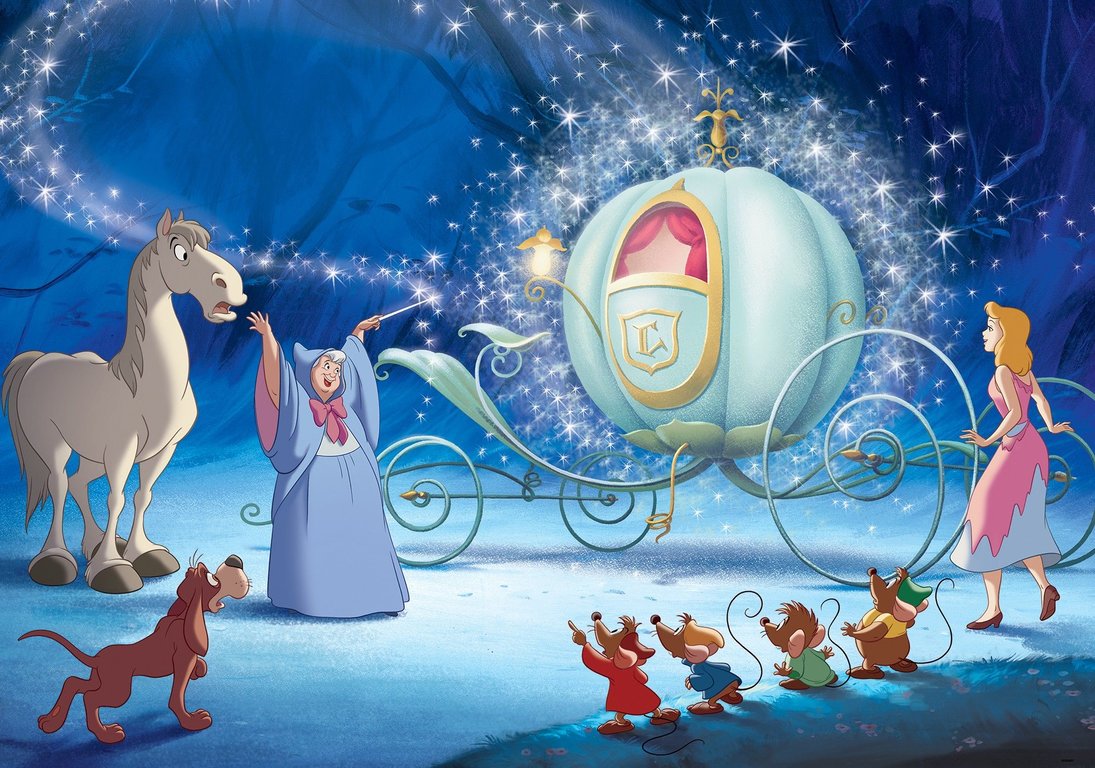 Cinderella’s Royal Carriage
----- (rollercoaster, similar to slinky dog dash)
----- (Board the luxurious royal carriage and venture to parts not seen in the movie. You venture through the forest and town passed animals and even people. It looks like you are outdoors for a lot of it, but it is all actually indoors. The humans look similar to the ones used in the attraction “World of Motion”.) 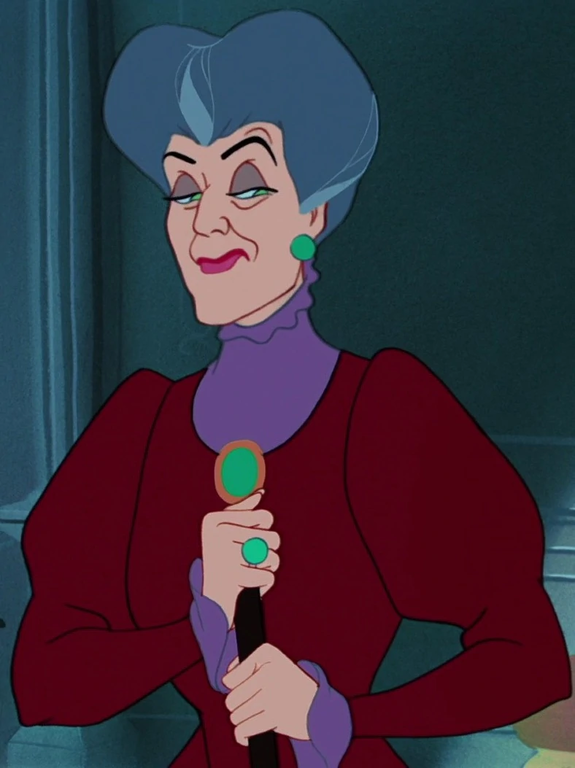 Tremaine Manor
----- (omnimover, similar to haunted mansion)
----- (Cinderella isn’t shown in this one at all. This one is all about the evil characters like Lady Tremaine and her evil daughters. Lucifer is also on the prowl trying to catch the mice. Who hide from him like he is an enormous creature, which is actually true, compared to them.) 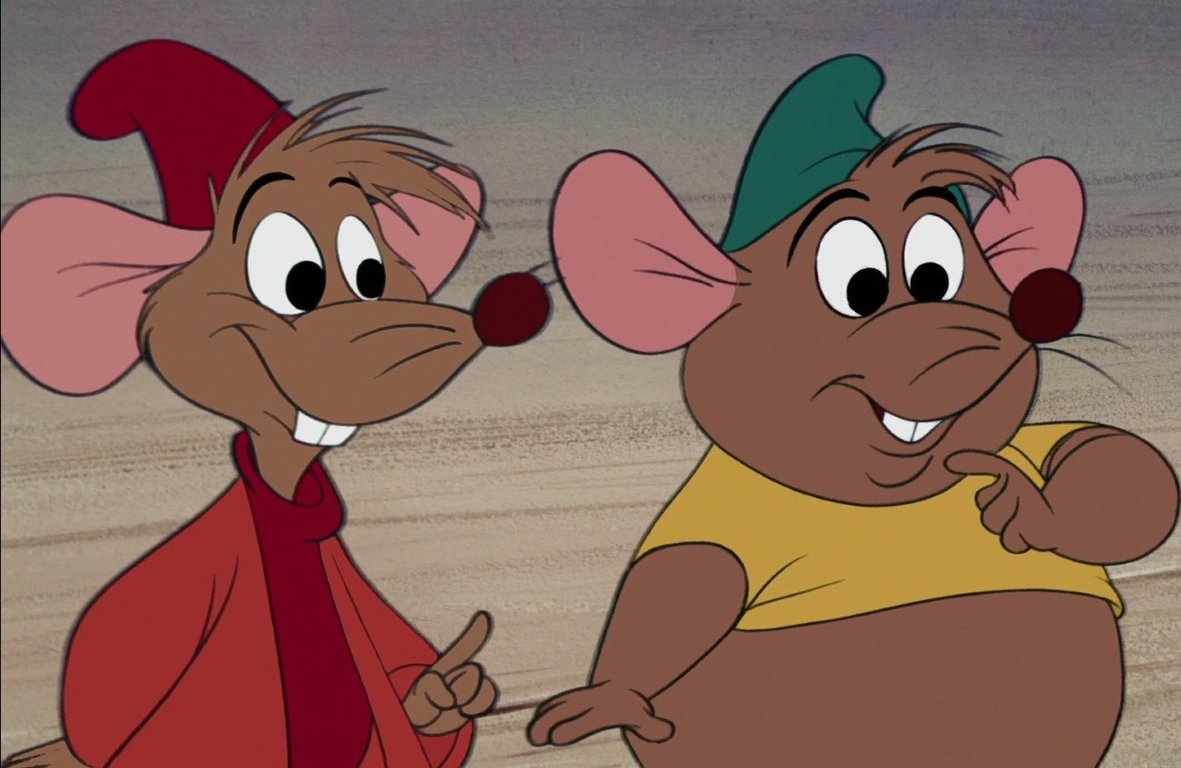 The Crazy Cat Trap
-----(wild/mad mouse coaster, similar to goofy’s sky school)
-----(You get to see the Mice from Cinderella, in their own secret world within the walls. They finally get their revenge on Lucifer the cat. For being so evil and trying to eat them. They trick him and trap him in different hilarious scenarios.)


and last, but not least

a Meet and Greet
--- (with Cinderella and her Evil Stepsisters)

I love the idea of honoring the first Disney Princesses. It’s kinda like what they’ve done for the new Fantasyland with Ariel and Belle.

They almost gave us the originals in Florida. But someone cried there’s too many princesses. “What’s my son going to ride?” Guess what??? There’s other lands for your son and other nonprincess fans.

So they gave us the 2 minute Dwarfs Mine Train instead. Which is a major downgrade over already established coasters, like Big Thunder, Space Mountain and son Tron Lightcycles.

It would be interesting to see an alternate world where Disney made the new Fantasyland they had planned. If it was just stupid meet and greets I’ll pass though. Dwarfs is just okay, but at least it’s something. I’m an adult I don’t need a hug from some guy in a costume.

It's great to see the secondary characters get some love. 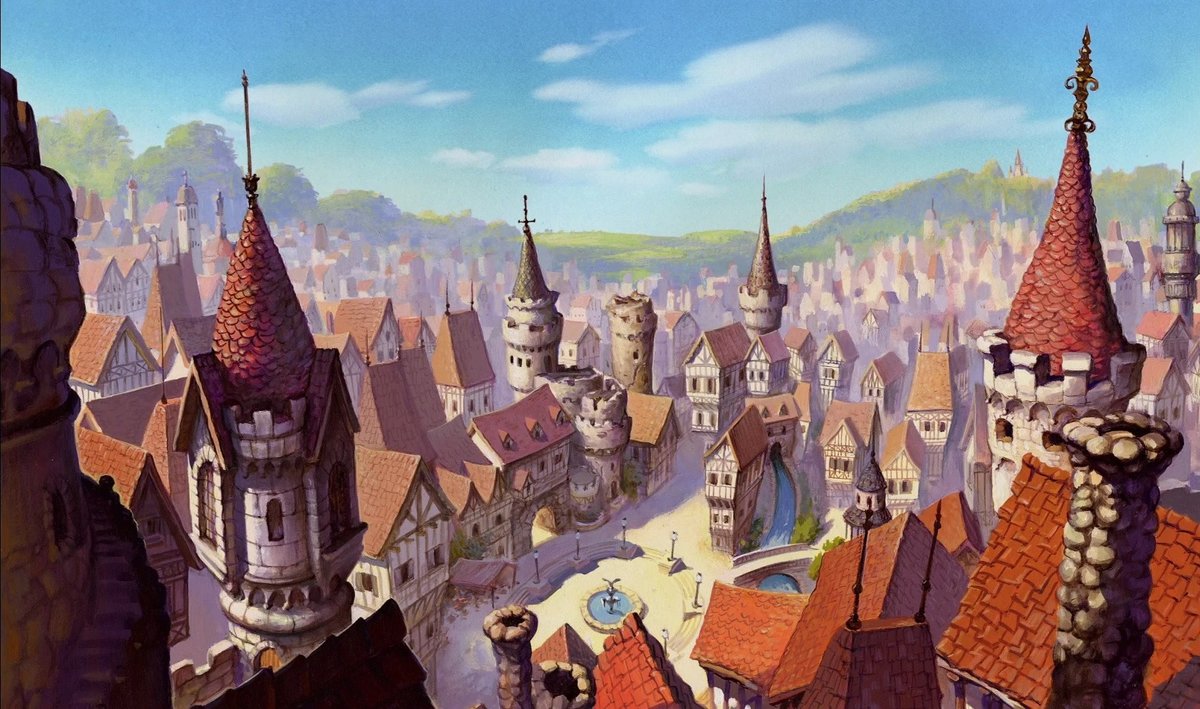 Most of the Cinderella section will look like a village in France, which is in the picture above and in the movie. It coincidentally matches with Enchanted Kingdom's Castle and main landmark. Much like how some of Fantasyland's buildings often match with it's corresponding castle.

I've decided to go with brown roofs instead, like on Cinderella's shabby peasant dress. I think it would match with her better than the color red.
Last edited: Nov 14, 2022

Nice it matches the castle!

I also love the little creek in the middle of the pic. That definitely has to stay in the concept.

I also love the little creek in the middle of the pic. That definitely has to stay in the concept.
Click to expand...

Ahhhhhhh, I love Thomas Kinkade paintings. They really tell the complete story and do it in a classy way. It really seems like a perfect union between Kinkade and Disney.

I love the fat mouse in the movie, he's hilarious. In fact most fat people and animals tend to be. That's probably why Rebel Wilson and Melissa McCarthy are less funny now.

What amazes me is Cinderella and Sleeping Beauty have never gotten their own dark rides in Disneyland or World. The most they've gotten is a carousel and a walk through.

Cinderella's Chateau would be similar to Be our Guest. It's setting will be like the 2 side rooms in the restaurant. With little touches that says it's their home together, similar to how Port Orleans puts trinkets everywhere in the Tiana rooms. There would be appearances by Cinderella and the gang throughout your meals as well.

Lady Tremaine's Table meanwhile will look straight out of the Haunted Mansion in décor. And will be more upscale then it's counterpart. Because the lady (and I use the term very loosely) loves the finer things in life.
Last edited: Nov 25, 2022

This must be right next door to her attraction.

Sounds like a great dining experience. Despite the fact she's a total B, I'd give this place a go.

I find the villains are often more fascinating than the heroes. So I'd be for Lady Tremaine's restaurant. ... Hey maybe Cinderella deserved to be worked like a servant. .... okay that maybe a bit much. But it must have been hard for her to marry off 2 homely daughters with no personalities. I'm talking about the movie versions of course, the ones in real life are hot. 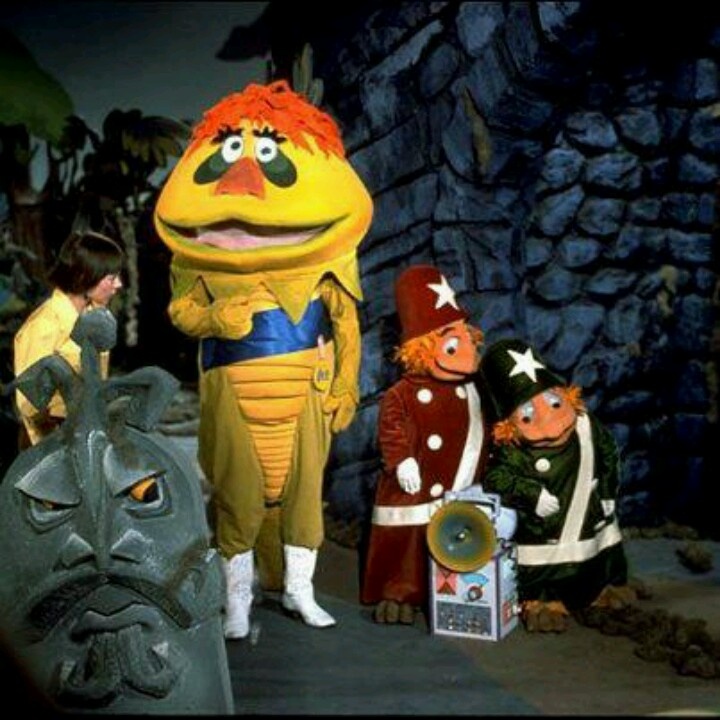 It was much less creepier than the Banana Split gang. There’s a reason they turned them into a horror movie. But neither holds a candle to H.R. Pufnstuf. The sensitive kids of today would have a nightmare after seeing whatever these creatures were.
Click to expand...