Why are so many adults are obsessed with WDW?

Why do people go to sports games? Or broadway shows? Or concerts? Disney World, and theme parks in general are a form of entertainment for all ages.

I don’t particularly enjoy sports, but I don’t ask friends why they go to games. “Is it some childhood memory of baseball?”

BoarderPhreak said:
Why? Because we were once kids obsessed with WDW... Or at least have fond memories of being there with family, friends, etc. Memories can include sights, sounds and smells.
Click to expand...

Couldn’t agree more, those memories are what bring you back, nothing compares to it. We came plenty way before kids and did things I only could have dreamt of when I was a kid. In whose world would I have dreamt of actually stopping in the hotel the monorail runs through, looking in awe as a child. But guess what... I did! Many times!

There is not a better escape from reality and current events.. Every other vacation I have ever been on, had people talking about news, where as at Disney I find people far more interested in their next FP or dining reservation or snack they are about to eat. Simply put, people at Disney are far more immersed in their experience than any other vacation I have ever been on.

NickMaio said:
Dont forget they have the world-wide rights to Nintendo.
That is a HUGE market fanbase spanning many generations.
Click to expand...

Though it does put a damper on the long-rumored Wreck-It Ralph attraction.

Though on the bright side, Disney can always get Sega characters to--- 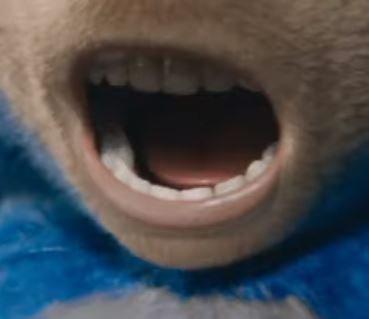 I think a few other people on here said it, but I was never able to go as a kid. My parents didn’t like to travel really far and couldn’t justify spending the money. They made it clear that it probably wasn’t going to happen. I was always fascinated by it because I never expected to go, and I was already obsessed with the tiny theme parks I did go to, up here in New England. I vicariously lived through books about it and then whatever was there on the internet once I was a little older.
My first time was right before I turned 18 and that was through a trip for my choir group to perform at (what was then called) Downtown Disney. And that whole week just felt surreal for me.
I’ve been in love with it since and go as often as I can. It feels like an escape for me, and as corny as it sounds, it’s totally my happy place.

As some other people here have already posted, for me and my wife, it's a way to escape the stress of daily life. We both work in high stress, fast-paced jobs with significant responsibility. Going to WDW allows us to put that in the backseat and let Disney drive the train. Personally, I love the design of the place, the theming, the creativity and the infrastructure of it all. Not having kids also allows us to go at our own pace and spend money on upgrades and ticketed events on a whim. I know a lot of people bemoan the planning necessary for a trip to the parks, but for us, it's part of the fun.

We live in DC - a town that tops the lists for two things: alcohol use and infidelity. I know a lot of people who make stupid choices and relieve stress in ways that are destructive and land in the newspaper. Going to Disney is the complete opposite of that.
S

I'd go as far as saying that Disney World and Disneyland aren't for kids. They're designed for adults but also cater heavily towards adults with families.

obviously for everyone its a different reason. For myself, its the one place i can truly say all cares go out the window for the short time we are there each year. It goes back to going as a kid on family vacations and now getting to see it through my own children perspective and see what they each enjoy out of going takes it to a whole new level for me personally.

For me its really the back side of water.

I have a chance to get away from work for a bit.

"Disneyland is not a place for children, it's a place for people like yourselves that will appreciate what all of us [at WED] did."

- Tania Norris, former WED employee who was hired to help Walt and his team create New Orleans Square and other projects

This was said about a week ago at a panel celebrating Haunted Mansion's 50th Anniversary. Very much worth watching.
H

We live in DC - a town that tops the lists for two things: alcohol use and infidelity. I know a lot of people who make stupid choices and relieve stress in ways that are destructive and land in the newspaper. Going to Disney is the complete opposite of that.

I think Disney substitutes insane amounts of sugar for alcohol as a stress reliever, although at least people usually don't end up on the local news for over-indulging in sweets.

1. Lots of adults grew up with Disney having a near monopoly on family entertainment. A trip to disney brings familiarity and an ability to experience that IP in a new way

2. Disney has not changed much since it opened- a lot of stuff has been added but it's more or less the same parks for over 50 years. Return trips can be awarded with new experiences but you also know what to expect, and if you had good memories on a prior visit you'll probably experience them again

3. Disney is deliberately a sensory experience- smells, sights, tastes, textures. This hardwires your brain with associations if you are a repeat visitor from an early age

4. Disney parks as a hobby can be rewarding and expansive (spoken as someone that would probably qualify as a former disney obsessive). You can be interested with the technical/artistic stuff, follow all of the news about what's happening at the parks, network with other fans, enjoy the movies, and pursue spinoff hobbies. There's no shortage of crap that can feed your obsession but it's not necessarily a dead end.

5. Being a Disney obsessive as an adult is something that you can be without facing negative consequences as you would for something like politics, religion, etc. You might get eyebrows from some people but it's a hobby just like how traveling, hiking, watching movies, or collecting wine is. Everybody has their thing. To not have your own thing as an adult, to me, is much stranger.
Last edited: Aug 8, 2019

Every Sunday night as a kid, we had dinner at my grandparents house. After dinner the wonderful world of disney came on.

It's not for kids, going a lot as a child certainly helped cement some nostalgia that will always make me want to go. However I just love the feel of the place, the quality of (most) of the attractions, the incredible attention to detail, the food, the atmosphere, being in that disney bubble that others have mentioned. I could go on and on, so long as I can afford to continue to go I don't think I will ever stop.

I have a chance to do things that I don't have at home.
F

It’s my happy place. It’s where I can finally breathe and relax. I’ve been going since I was 8 years old and I’m in my 40’s now. I live in Cali and both my husband and I have annual passes to Disneyland. I go once a month. Sometimes my hubby says just go! Yes it’s expensive but I save all year long for at Disney world vacation. It’s not about reliving a childhood obsession for me. It’s fandom and freedom.

I get to eat at restaurants that aren't in the Syracuse, NY area.

As with many things in life, we can look to Star Trek to provide some insightful wisdom on this:

CARETAKER: Here you have to only imagine your fondest wishes, either old ones you wish to relive or new ones, anything at all. Battle, fear, love, triumph. Anything that pleases you can be made to happen.
SPOCK: The term is amusement park.
CARETAKER: Of course.
SPOCK: An old Earth name for a place where people could go to see and do all sorts of fascinating things.
CARETAKER: This entire planet was constructed for our race of people to come and play.
SULU: Play? As advanced as you obviously are, and you still play?
KIRK: Yes, play, Mister Sulu. The more complex the mind, the greater the need for the simplicity of play.
CARETAKER: Exactly, Captain. How very perceptive of you.