"This morning, Disney Chairman and CEO Robert A. Iger announced plans for a two billion euro, multi-year expansion for Disneyland Paris alongside French President Emmanuel Macron at the Palais de l’Elysée in Paris. The new development will include a transformation of Walt Disney Studios Park, adding three new areas based on Marvel, Frozen and Star Wars, along with new attractions and live entertainment experiences. A new lake will be the focal point for entertainment experiences and connect each of the three new areas, completing one of the most ambitious projects at Disneyland Paris since its opening in 1992.

“We’re very excited about the future of Disneyland Paris and continue to invest in its long-term success,” said Iger. “The resort is already the leading tourist destination in Europe, and the transformative expansion we announced today will add even more of our beloved characters and unparalleled storytelling to create new lands, attractions and entertainment that further elevate the guest experience and drive new opportunities for tourism in this dynamic region.”

The multi-year development will roll out in phases beginning in 2021, significantly expanding Walt Disney Studios Park. Each new area will bring to life some of Disney’s most popular stories and characters, including the previously announced reimagining of Rock ‘n’ Roller Coaster Starring Aerosmith as a high-speed, hyper-kinetic adventure with Iron Man."

Makes the mission breakout theory more than a theory

Cant help but think of Wold Showcase Lagoon when looking at this concept art. Will there be somesort of water/fireworks show here? 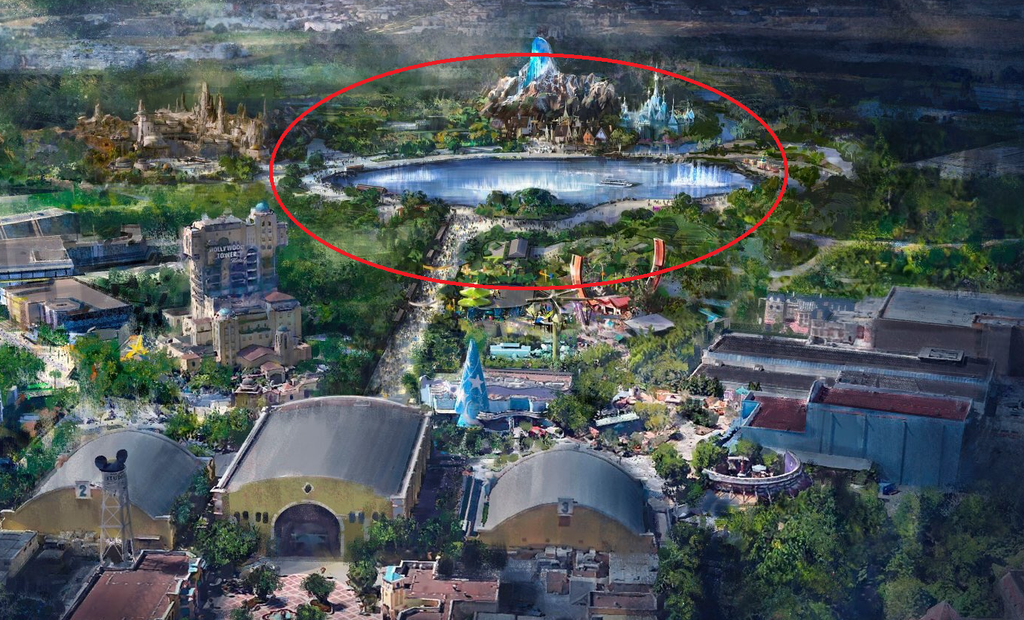 More thoughts:
1) That's going to be one long walk from the front gate back to Frozen.
2) This park (similar to DHS) has too many dead ends. I wonder if they'll address this with say a back pathway from Marvel to SWL?

Here are some close up shots found on Twitter: 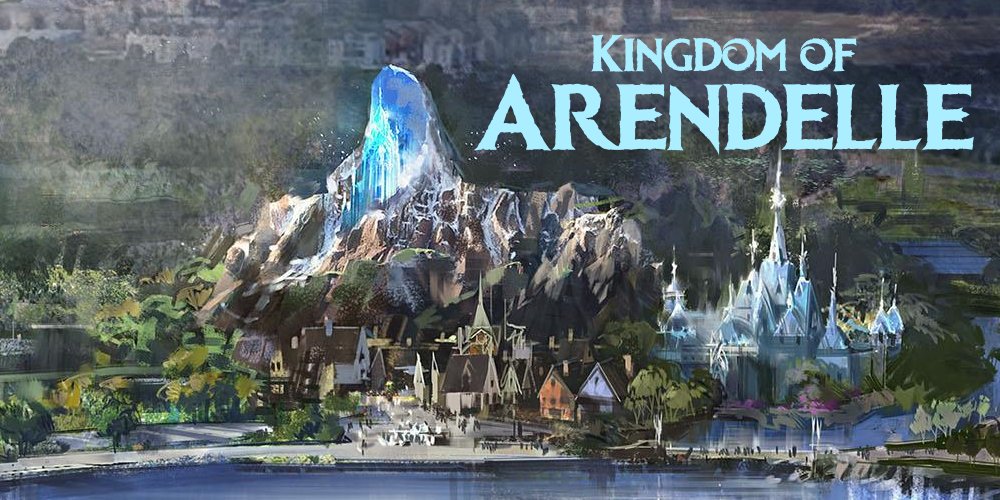 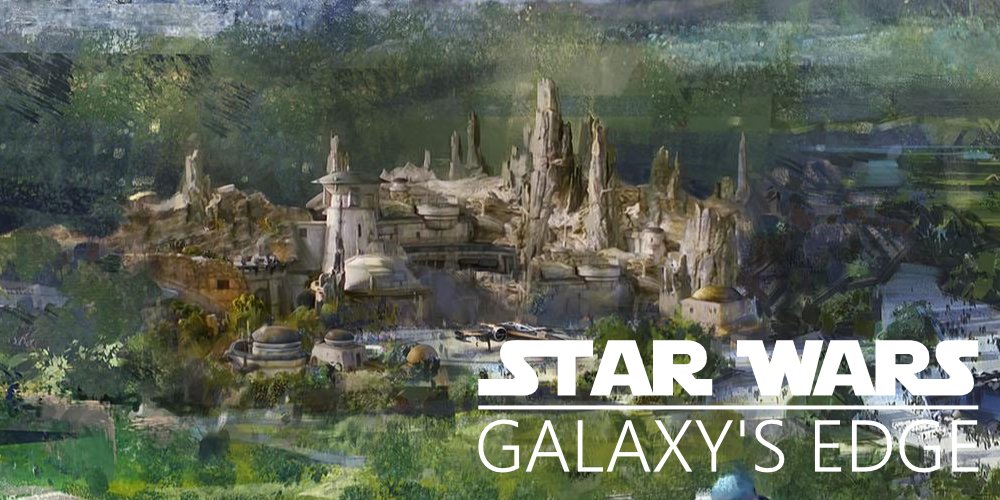 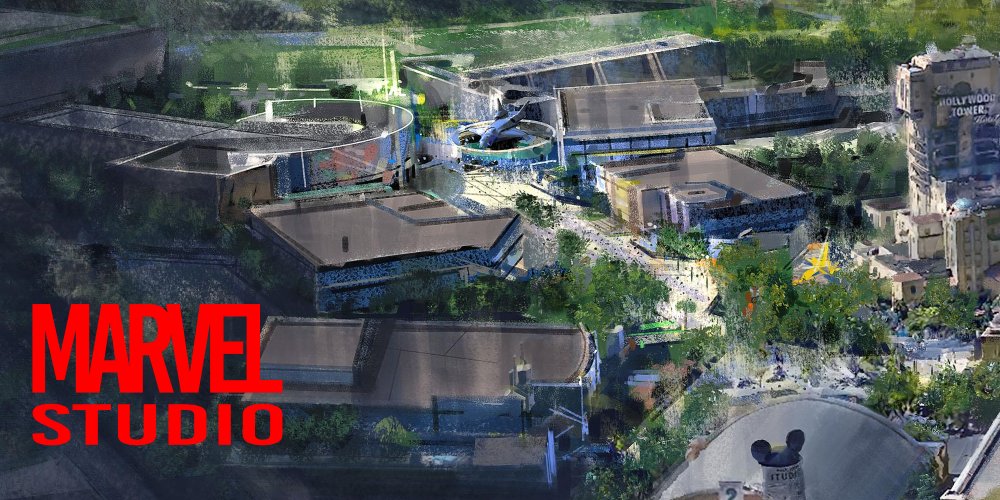 P_Radden said:
Cant help but think of Wold Showcase Lagoon when looking at this concept art. Will there be somesort of water/fireworks show here?
View attachment 267073
Click to expand...

Look closer at the water
F

so opening in phases from 2021? Strange that they decided to add *** to the park, since there are enough kiddie rides IMO. Looking forward to Galaxy's Edge though.
L

Wow! Genuine expansion at the studios, its really needed there! Especially actual themed lands! Even Frozen looks fantastic (if its like the concept art at all).

Hopefully that long avenue to the lake gets something added, looks a little bland!

The only other bad point is that Galaxy's Edge seems to be an exact copy? But I suppose thats why we are getting it..
Last edited: Feb 27, 2018

Looks like a scaled back version of the Galaxy's Edge the two US parks are getting... maybe containing just the Millennium Falcon attraction (or something new altogether?). Arendalle looks to be taken straight from what was planned for Disney Sea (which I had the feeling had been canceled). Marvel certainly seems interesting as most of the buildings you see in that concept are already there. I mean, you repurpose/retheme the resturants/shops and they already talked about the Rock n' Roller Coaster retheme, but t looks at most only one new attraction here (in the top center behind the jet/aircraft). Given the long/skinny nature of the building, maybe a port/retheme of the Iron Man ride they added at Hong Kong?

Either way, some much needed investment to this park! (though I have to wonder how much this has an impact on the scope of the EPCOT overhaul)...

marni1971 said:
Look closer at the water
Click to expand...

I noticed the fountains so some sort of show seems only logical. Main question is about the possibility of fireworks?

P_Radden said:
I noticed the fountains so some sort of show seems only logical. Main question is about the possibility of fireworks?
Click to expand...

I dare say it’ll be a WoC type show. Cheap to put on with minimal staffing after the initial expenditure. That’s only a hunch.

Seems this is the official end then of the studio tour (good by Catastrophe Canyon!) and Lights Motor Action...

Coaster Lover said:
Seems this is the official end then of the studio tour (good by Catastrophe Canyon!) and Lights Motor Action...
Click to expand...

There was talk from the last aborted expansion of running the tour purely to the north of the new blvd (Cat Can side) with additional scenes around the forest. We’ll see.

marni1971 said:
There was talk from the last aborted expansion of running the tour purely to the north of the new blvd (Cat Can side) with additional scenes around the forest. We’ll see.
Click to expand...

I'm fine either way if the decide to keep the Studio Tour or not. Right now, CC is the only redeeming thing about it.

Let's hope they put in some unique rides and not just rethemes and copies. Maybe WDW is giving something to all parks around the world instead of getting things this time?

P_Radden said:
Will there be somesort of water/fireworks show here?
Click to expand...

Jwhee said:
A new lake will be the focal point for entertainment experiences and connect each of the three new areas
Click to expand...

Star Wars:GE looks like just the stormtrooper escape ride and not the Falcon ride. I guess there will be no more studio tour.

Unless my eyes are fooling me, it looks like they may be getting the addition of Alien Swirling Saucers