Zweiland said:
Shortest critique ever! You deserve a trophy or something.
Click to expand...

Yensid does not need a trophy, for he is the Great Yensid.

@tcool, who will you be taking to the Board Room?

@tcool, who will you be taking to the Board Room?
Click to expand...

Can I inquire what it was about our project made us lose, esp considering Team Goofy had as many negative thoughts about their proposal as we did.
Was it the fact that we proposed more then what the challenge asked for, like it was hinted in tikis review? If that is the case why hasn't that negatively effect teams in prior challenges of all 3 seasons of SA..
I'm just looking for specifics of why our challenge was the worst, so that we can improve

Voxel said:
Can I inquire what it was about our project made us lose, esp considering Team Goofy had as many negative thoughts about their proposal as we did.
Was it the fact that we proposed more then what the challenge asked for, like it was hinted in tikis review? If that is the case why hasn't that negatively effect teams in prior challenges of all 3 seasons of SA..
I'm just looking for specifics of why our challenge was the worst, so that we can improve
Click to expand...

Honestly it was a hard choice as all 3 projects were great and we were debating for close to an hour but there has to be a loser . As for me I didn't count you proposed more against you. It was more that your project seemed to focus on quantity over quality and didn't have as many details. I would have preferred to see more details on fewer things but I can only speak for myself.

@tcool, who will you be taking to the Board Room?
Click to expand...

I will be taking @englanddg and @Sam4D23 to the Board Room along with me.

Original Poster
Challenge 5: Theme Parks Are Universal
This week, all three teams are tasked with developing a brand new land for Universal Studios Florida at the Universal Orlando Resort. You must create a sleek new area fitting with the park's cohesive theme of cities featured in film. You could make a replacement for KidZone, you could develop the expansion pad behind Springfield and World Expo, or you could put your new land somewhere else in the park (no holds barred...you may remove what you like, but be realistic). Wherever it goes, make sure to include a map of the new area, with attractions, eateries, merchandise and more neatly labeled. As long as you stick with the adventure of riding the movies, you'll see the stars at the end of the boulevard... 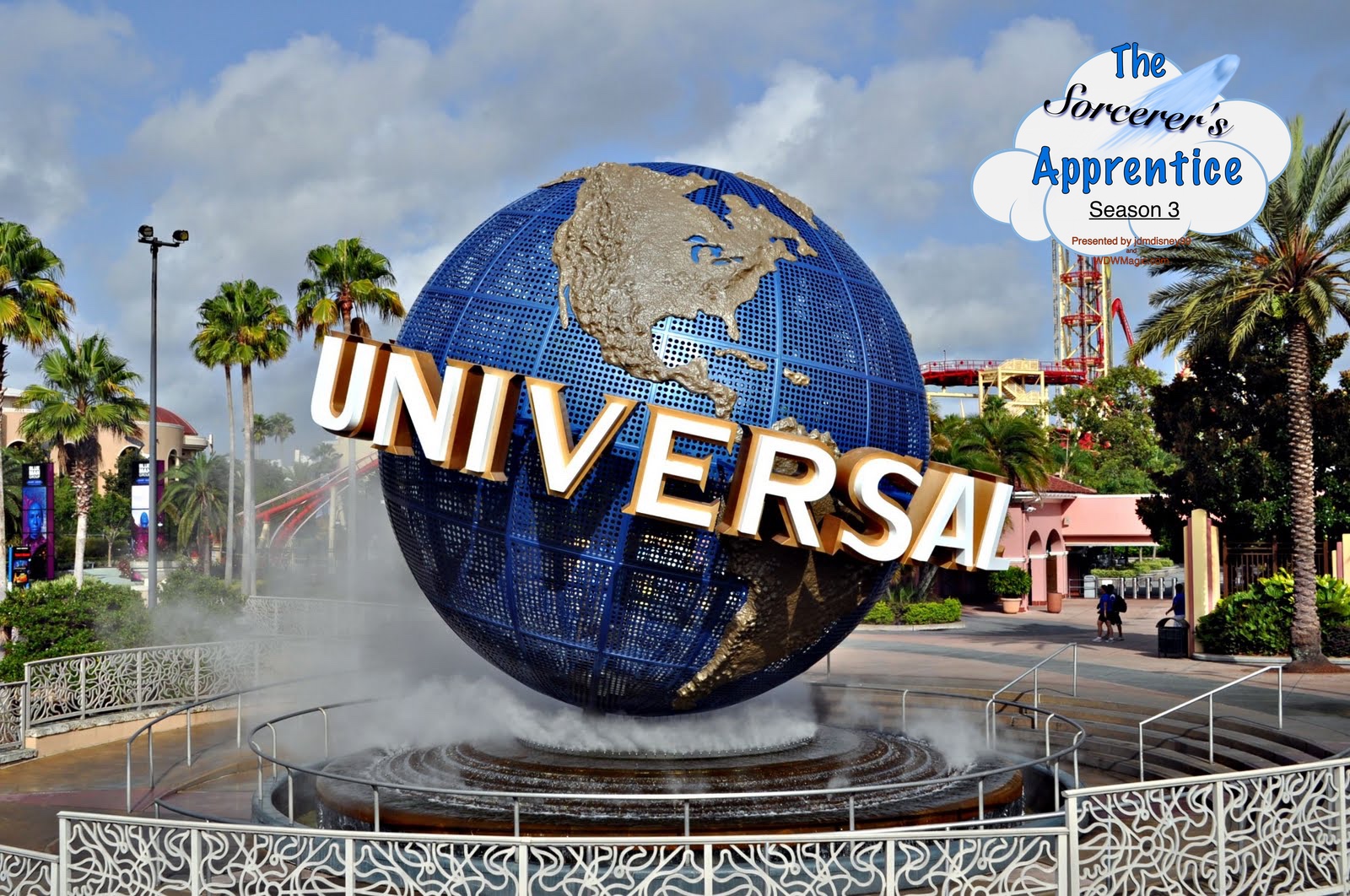 This weeks Project Managers are;

@RMichael21 has the immunity idol, as he was Project Manager of the winning team last challenge.

This week, as usual, @Vipraa and @TheOriginalTiki will be acting as advisers, like Donald Trump's children and associates on the show.

That's right, one person will be eliminated from each of the bottom two teams. The bottom team's Project Manager will select two others for the Board Room, while the third place Project Manager will select two other contestants as well.
Please provide at least 3 photos and no more than 15, in order to give a good sense of your land and its place at Universal Studios. You may communicate amongst your teams in a PM I will create and watch over. Ask me any questions there. Due date is Monday, August 3rd, at 8 PM. After you post your ideas please do not get into personal conflicts with the other team about concepts, or actions of punishment will take place. Good Luck!

Universal projects tend to be some of my favorites. Really looking forward to seeing the results of this!

Original Poster
This project will be due at 8 PM EST.

And FYI, Nintendo can be used here, even without major films in recent years.

jdmdisney99 said:
This project will be due at 8 PM EST.

And FYI, Nintendo can be used here, even without major films in recent years.
Click to expand...

This answered my question

It has come to my attention that there is a controversial PM going about. Supposedly, this has become a place for competitors to bash the competition and the judges' reviews. Also, it seems to have led some to consider leaving the competition. Frankly, I'm disappointed. Not in our judges' reviews, not in the very respectable competition we have running, but in you, the competitors. I expected better from this creative crop of individuals.
If you have problems, come out and say them in the public community where we, the people who can make a difference, can actually see the concerns you voice. I may be less experienced in life than others here, but I sure know that you won't accomplish anything if you just voice your concerns behind closed doors. This ideal is promptly displayed in our very society today. Some fight to make a difference while others idly complain and watch the former fly by. You have problems with this competition? Talk to us about it. I have always respected what competitors have to say. Of course, that was when they had the courage to come out and say it. I've lost some respect for the collective opinion of the contestant community with this secretive revelation. Up until now, I've been a very soft host...now...
For those taking issue with judges' critiques: what do you think a critique is? Is it not supposed to be critical? Analyzing and poking holes where they can through your presentations? There are no double standards, and, to be honest, everybody needs to stop critiquing the critiques. They are final opinions of the judge who has posted them, and your job as a learning creative storyteller is to take the opinion of said judge and learn from it. Imagine, if you will, an ordinary guest to a theme park. They read one of these proposals and don't like something, so Disney adjusts to what the guests will buy. So, now, put one of us judges in place of this theme park guest, a role each of us on the judging panel has filled countless times. We have the same, well-educated critical analysis posted here. You, as Imagineers, listen to the guests. You take it and adjust.
I would assume another issue with the critiques this season is an often lack of full critiques from every single judge. To that, I applaud your desire for a far-reaching assessment of your work from a larger variety of people. But I loathe your urge to criticize this small, harmless blip when, if the unposted reviews did not praise your project like the lord and savior, you probably would keep complaining about that.
There are no conspiracies. We tried our best to maintain parity among the teams. If people want to leave the competition, I'm sorry that you feel that way due to circumstances we, the judges and host, have no control over. All involved with this PM are playing right into the "Apprentice" setup...you are creating the drama. Please remember this is all just fun. Keep your creative juices flowing and work together in peace. Take a moment and think about it from the outside looking in. You are on a Walt Disney World fansite, working with a bunch of digital strangers to work on a prompt that another digital stranger thought up. It's all just fun. Let's keep it that way.

I will not deny that there is a thread going on, but nothing like you claim it to be. There is frustration in the community and uneasiness in the direction of the community and the direction of the competition. The thread was creating to see if the feeling was a standalone feeling or something that others felt. We acknowledge that the it should be address but instead of speaking out of anger and frustration we wanted to take the time to come up with a level headed and calm response instead of freaking out and immediately responding to the as this post clearly does.
We were generating feelings to why for some reason this season feels different/less fun then the previous season which is a general concern when your talking about a competition and event that WE are taking time out of our personal time to be part of. We aren't sure what the problem is and that is why we were discussing it.
I will be the first to apologize for not mention something but I can speak for myself and others that we wanted to take the time to word our ideas, to see if we were alone in our sentiment of the competition before making a big deal of it which is too late and already been done by this post of yours.

I would like to announce my Formal Resignation from the Competition.
I feel like staying in the competition will jeopardize my friendship with a few members on the forum and peace on the forum. I also feel burned out from this competition and we are only four Challenges in, on top of the personal and work issues going on in my life. I wish everyone the best of luck and may the best Imagineer win.
-Voxel

I will say that I was aware of this PM. But lets be honest we all have secrets we keep from one another. No point in having a fight like this publicly rather than a more proper discussion.