Original Poster
Welcome to The Sorcerer's Apprentice Season 3! This is the third season of our competition based on NBC's popular Apprentice and Celebrity Apprentice TV series. There will be four teams of four and an all-encompassing theme of creativity. A challenge will be presented one after the other, ranging from week-long tasks to 24 hour obstacles. Teams have to work together to complete such challenges under the leadership of a project manager, an actual position at Walt Disney Imagineering. After proposals are submitted, I will judge them, along with @Vipraa and @TheOriginalTiki, and declare one team the winner (if a team fails to submit, they will lose by default). The losing team's project manager must nominate two team members to be put up for elimination (along with themselves). Competitors will then make their cases and we will decide who is fired (eliminated). [NOTE: This process could change from challenge to challenge.]

Further Rules
The First Amendment -
Contestants must post only their proposals in the main thread. After that, no comments can be made unless put on the discussion thread. If someone posts something negative or on the other threads (besides the discussion thread), that will result in immediate elimination of that contestant. All discussion between losing team members should remain in the Board Room after I begin that challenge's discussion.
The Second Amendment -
Each contestant gets 3 "Vacation Days". These can be used to extend the due date of a project. You can use them one at a time, two at a time, etc. This also increases competition and motivation, because whoever has more teammates, has more vacation days for the team to use. Also, if someone on your team has all of their Vacation Days, and then they get fired, there go 3 extended days your team could use.
The Third Amendment -
Vacation Days may not be taken out of hand. To prevent overly extended due dates, there is a limit to how many Days each team may utilize. Unless told otherwise, only 3 Vacation Days can be used from both teams combined for a single challenge. This rule must be followed to maintain a respectable competition.
The Fourth Amendment -
If either teams' proposal is posted by someone other than the project manager that team will be penalized, unless the project manager is actually unable to post due to personal issues (not if the manager forgets, sleeps in, doesn't feel like it, etc.). Each contestant will have a Vacation Day taken out of their inventory.
The Fifth Amendment -
For this competition, all deadlines will be set by the contestants under my guidance (unless otherwise noted). Every week (or so), after I post the challenge, I will provide everyone with multiple options for a time and two options for a day. Everyone will discuss what works for them until we agree on a compromise, after which I will finalize that date. This rule is meant to improve interest and convenience in the contest. Some challenges may not offer this option in order to keep us on schedule.
The Sixth Amendment -
Each team must turn in something (any progress that has been made, complete or not) every week. Though it may go against people's competitive nature, we believe something is better than nothing (and an automatic loss).
The Seventh Amendment -
You are not required to use photos in your post (unless otherwise noted) but if you choose to, you may only use up to 15 (once again, unless noted). This prevents clutter and slowdowns and also allows proposals to focus on elaborate descriptions.
The Eighth Amendment -
There is an immunity idol which gives its holder (usually the winning Project Manager) immunity from elimination. The winning Project Manager every week receives this honor (unless decided otherwise) and is safe from elimination the next week.
The Ninth Amendment -
Any competitor who is using the immunity idol must assist their team anyways, unless noted. This means they must post at least one productive post for every day the challenge goes on, until their team is finished. It is not a get-out-of-work-free pass. If the holder of immunity refuses to help, they will be eliminated.
The Tenth Amendment -
The Golden Buzzer is a new device in the game that is held by each judge. When a judge comes across a winning, first-place proposal he or she likes a lot and thinks it is one of the best yet, they can utilize their Golden Buzzer on that team. This device grants the entire team immunity from the next challenge of the competition (and thus releases them from the rankings of the current challenge). The project manager of the second place team crowned after the use of a Golden Buzzer does not receive the Immunity Idol. Each judge only has one Golden Buzzer. During the following challenge, in which the entire team has immunity, normal immunity rules must be followed. Each competitor must post once for each day of the duration of the challenge, and a complete post must be submitted. If these rules are broken, the whole team or the individual offenders will immediately enter the Board Room instead. Golden Buzzers cannot be used once all teams have been merged down to just two teams.
The Eleventh Amendment -
There will be variable scoring cards for each challenge with different categories depending on the task at hand. Each judge will submit a card and the scores will be tallied up to determine a winner.

Sister Threads
The BOARD ROOM
The DISCUSSION Thread

Challenge Appendix
CHALLENGE 1: Somewhere Over the Rainbow Connection
CHALLENGE 2: Fifty Years Deserves...A Convincing Campaign
CHALLENGE 3: It's All in the Details
CHALLENGE 4: The Wildest Ride in the Wilderness
CHALLENGE 5: Theme Parks Are Universal
CHALLENGE 6: A Whale of a Tale in the Animal Kingdom
CHALLENGE 7: The Streets Go Wild
CHALLENGE 8: It's A Jurassic World After All
CHALLENGE 9: New Land to Impress Hong Kong
CHALLENGE 10: Welcome to Your New Home
CHALLENGE 11: It All Starts With The Story
CHALLENGE 12: One For the Road

Checking in to defend my title!

For the past month or so I have been trying to come up with a clever or witty sign up line, but I got nothing

Actually I was able too! I supposed to leave the third not the first oops I found it out last night

Aha! You were able to show!

Original Poster
Previous competitors take note... the "Amendments" have some notable edits and changes within them.

jdmdisney99 said:
Previous competitors take note... the "Amendments" have some notable edits and changes within them.
Click to expand...

I think the only big thing I noticed was less VDs, right? I don't want to miss anything

IDInstitute said:
I think the only big thing I noticed was less VDs, right?
Click to expand...

Not that it really matters to me, since I'm already signed up, but is it Friday July 3rd now?

I'm in for sure

Alright, let's do this 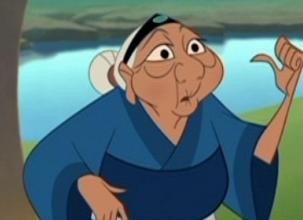