Original Poster
This topic seems to be popping up in lots of different threads and probably deserves its own on an ongoing basis. It's an interesting data point to discuss the popularity of the streaming landscape and certain series on Disney+ and Hulu.

For context, Nielsen has long participated in the TV landscape. Until recently streaming data was pretty non-existent, or was intermittently reported direct by Netflix. Which usually created out of context data and was often only disclosed when something did particularly well.

Netflix formerly released viewer numbers, which included anyone who spent longer than 2 minutes viewing a TV show or movie.

Nielsen extrapolates data from its viewer pool and reports total minutes watched. Naturally this is a much better data point, but when generating a list caution is required that sheer amount of content minutes (i.e. more episodes or a longer movie) means things cannot be compared 1:1.

Movies will struggle to break the overall list and should be compared to other movies generally. Nielsen breaks their categories into Original Series, Acquired (i.e. The Office) and Movies.

Discover what Americans are watching and playing when it comes to streaming subscription video on demand (SVOD), TV and video games. These top 10 lists are compiled based on Nielsen's SVOD and TV ratings.


*Nielsen has not yet started tracking Peacock or HBO Max, but this should come shortly. 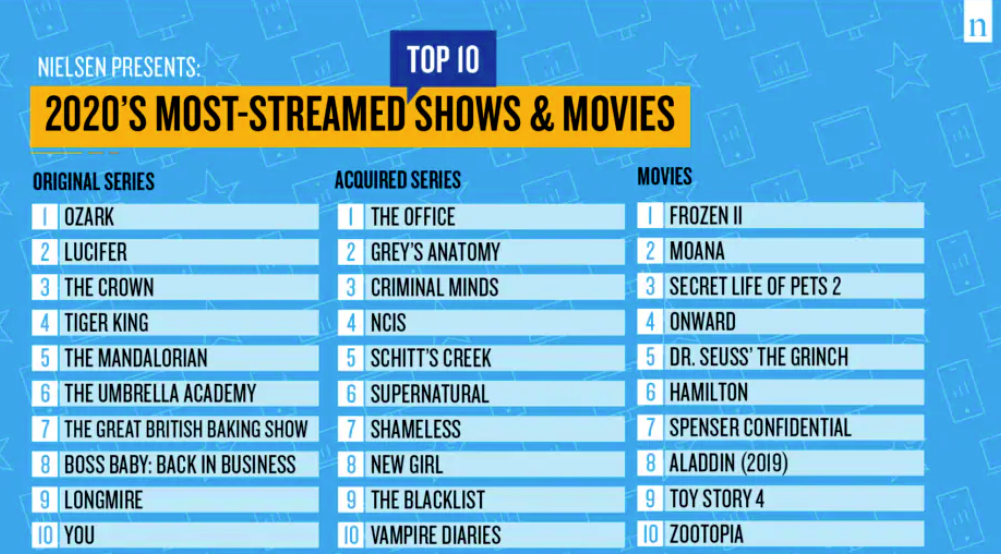 Some stats for the movie column... 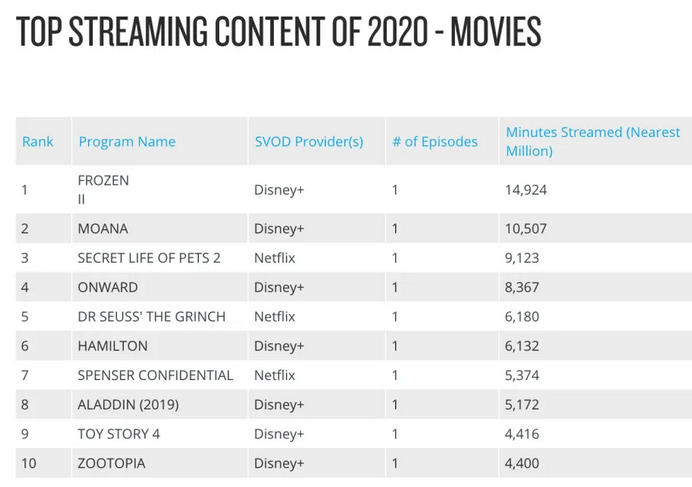 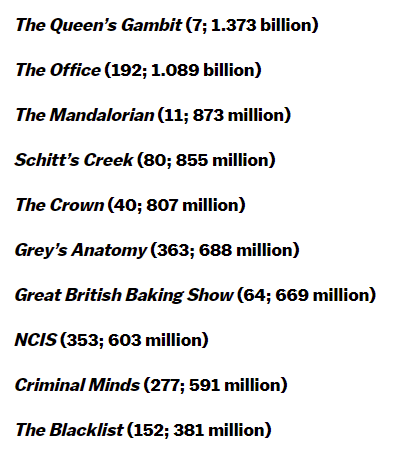 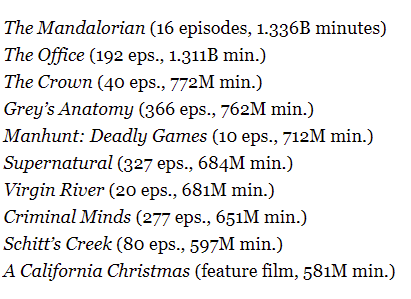 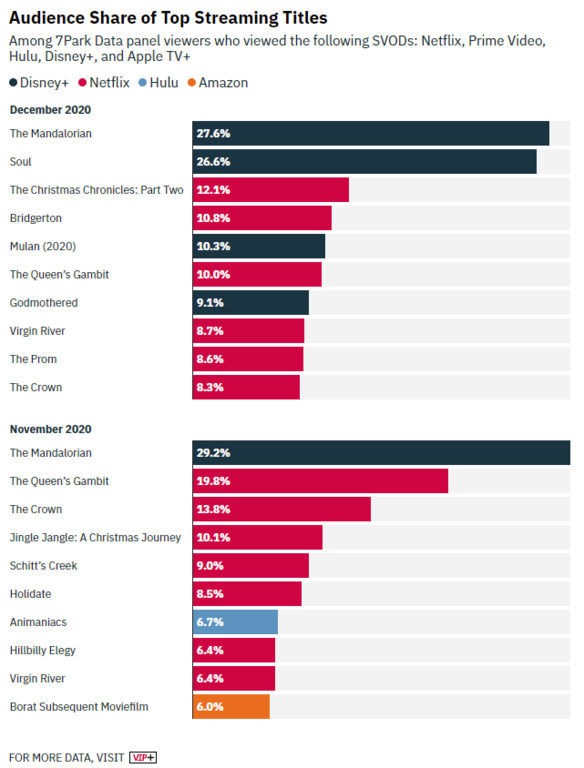 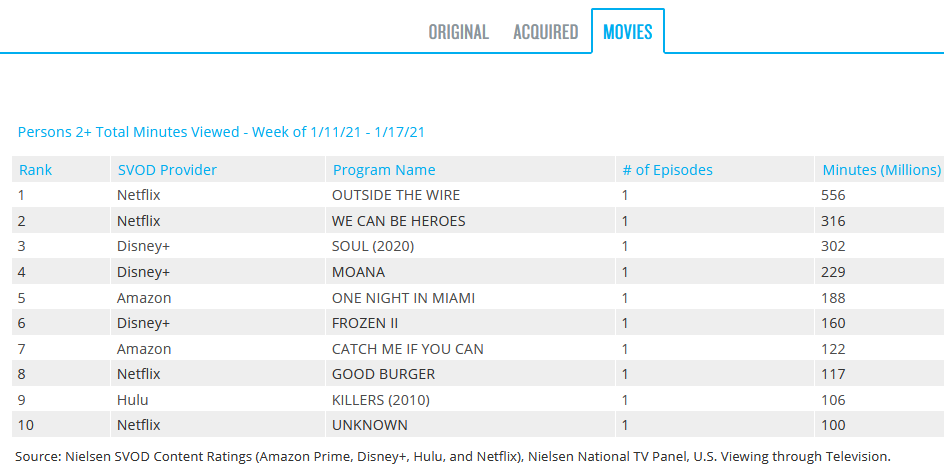 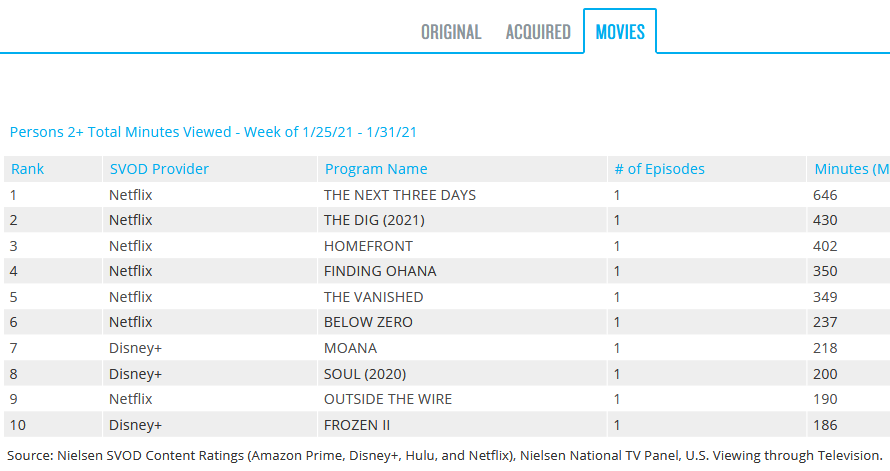 I call false on this. There is no way Wandavision is more watched than Kobracai. 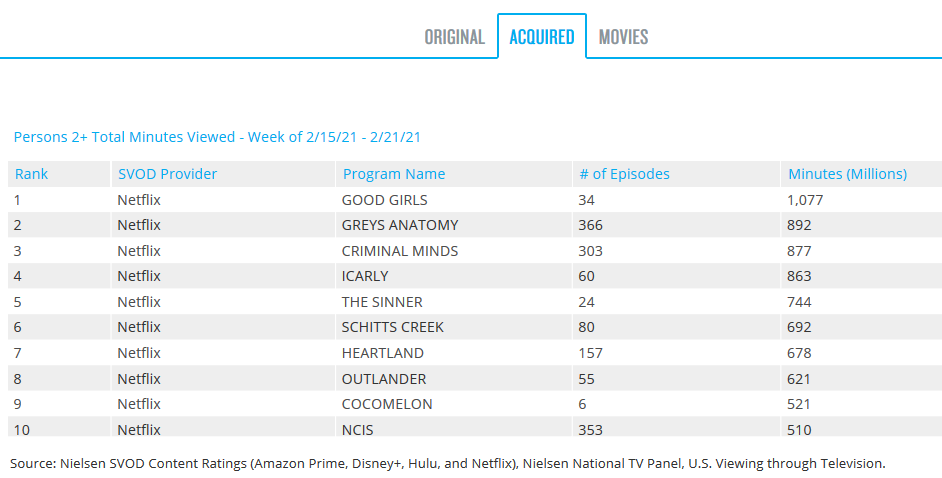 Premium Member
Note that under 'movies,' Netflix is down to only 3 spots in the top ten. A huge turnaround.

MisterPenguin said:
Note that under 'movies,' Netflix is down to only 3 spots in the top ten. A huge turnaround.

By the end of the year, it won't even be close. With movies such as Raya, Black Widow, Luca, Shang-Chi, Cruella, and Jungle Cruise eventually coming to D+ for free, that chart is going to be VERY heavily D+. Then continuing into 2022 with Eternals, Encanto, DS2, Thor4, etc. Too bad Disney can't make a deal to get the Spiderman films on D+, but I understand. 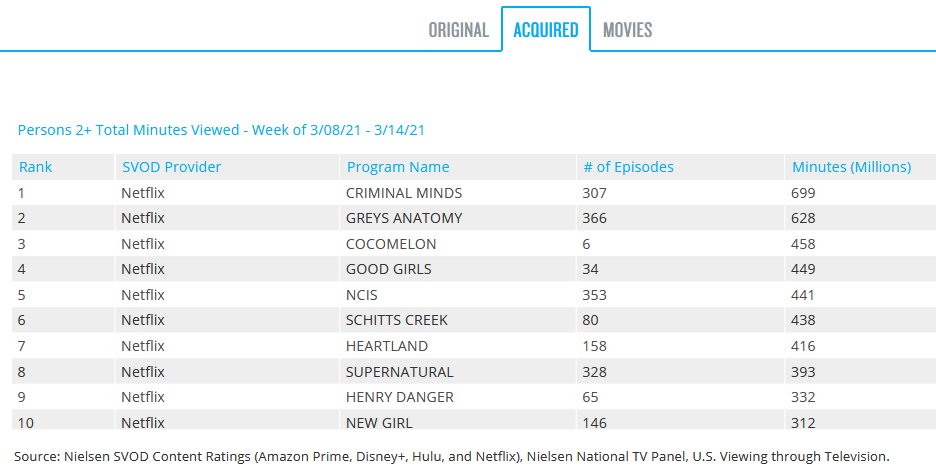 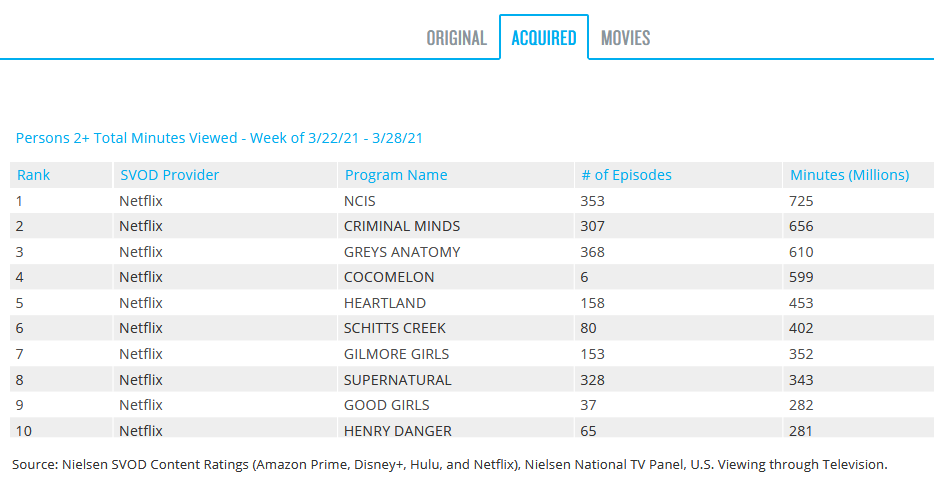