Trip Report It was all a joke at first - two engaged couples and the fifth wheel! Sept 24-27

Hello Everyone! We got back on Sunday from a short and sweet adults only trip! It all started at the end of August when my future sister-in-law posted on Facebook that she wanted to join some friends on their trip to Disney World. I chimed in and said I wanted to as well. Then they started to group message us their details and I crunched some numbers and we figured out a way to do it! I am still in shock that it actually happened. I mean I have two kids that have been asking non-stop about going back and then I just go without them. Thought for sure they would eat me alive when I got home but they seem to be ok with it since I brought them home a "Baby Yoda" each.
Who: (in order of the photo below) Me-Cetta, Taylea and Nick (engaged and my brother's friend), my brother Patrick and Taylar (also engaged). Hence the title of the trip report! 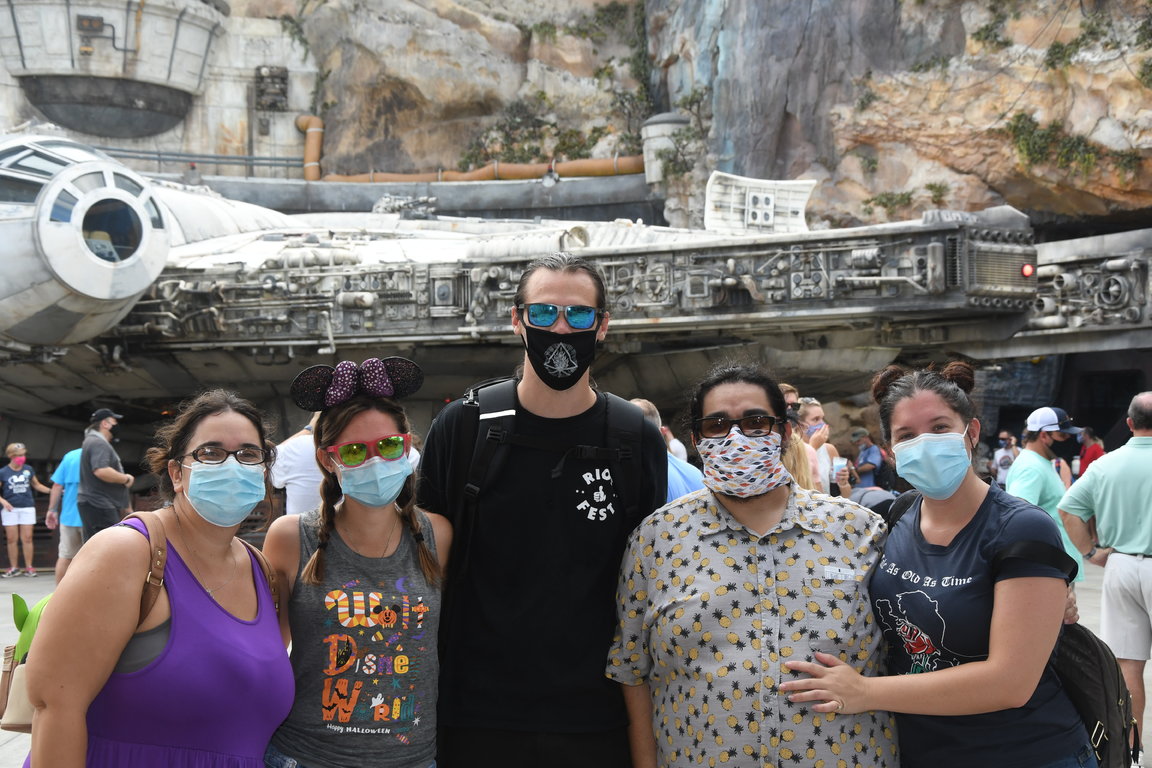 When: September 24-27 (Nick and Taylea left on the 29th)
Where: Patrick, Taylar, and myself stayed at The B Resort at Disney Springs. It was about $70 a night and we were trying to save money. Nick and Taylea stayed at Pop Century.
Why: I am sure we all had our own reasons to be going. Patrick and Taylar as well as Nick and Taylea were celebrating their engagements. I was attempting to make my wish come true of going to Disney Solo....I did get some time alone but I have to say, I really enjoyed the company of my friends and brother. It was nice to reminisce our childhood trip and joke.
Click to expand...

Afterwards, I took some pictures of the Tay’s with their droids on this beautiful night. 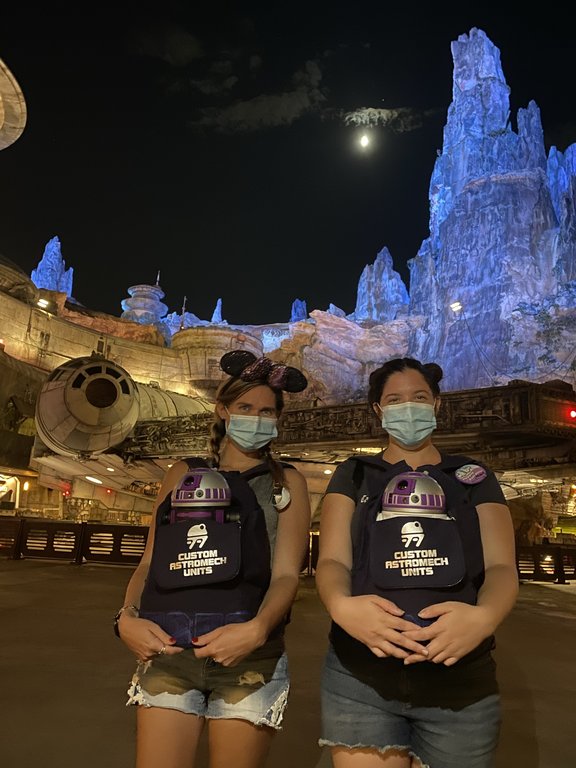 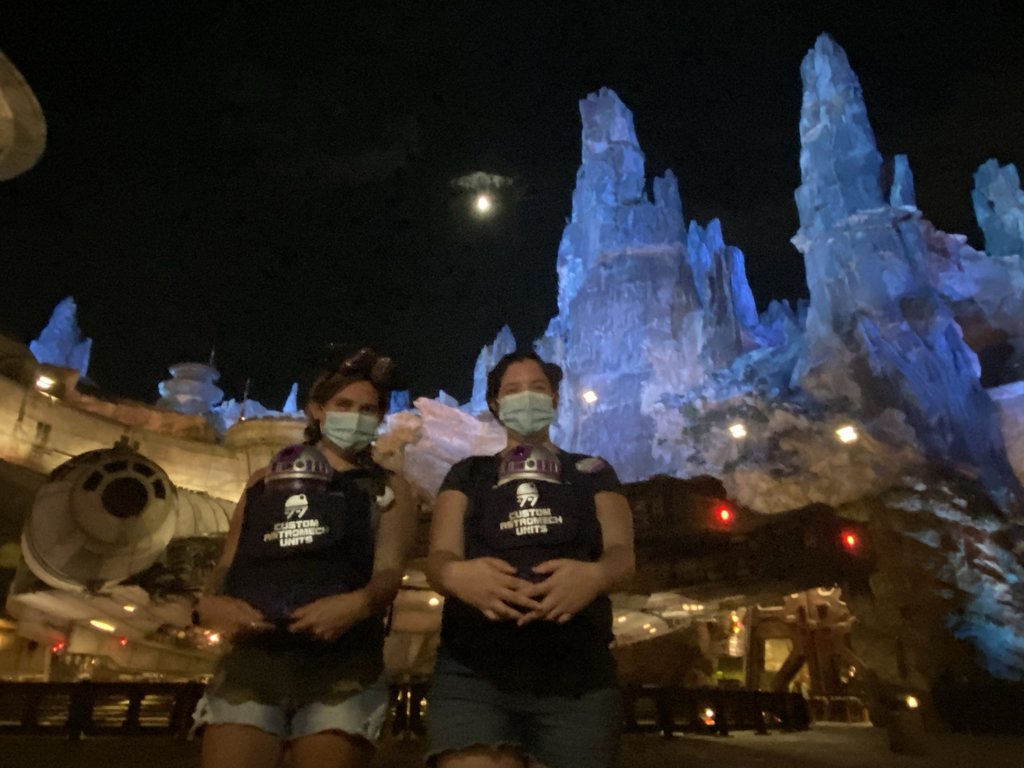 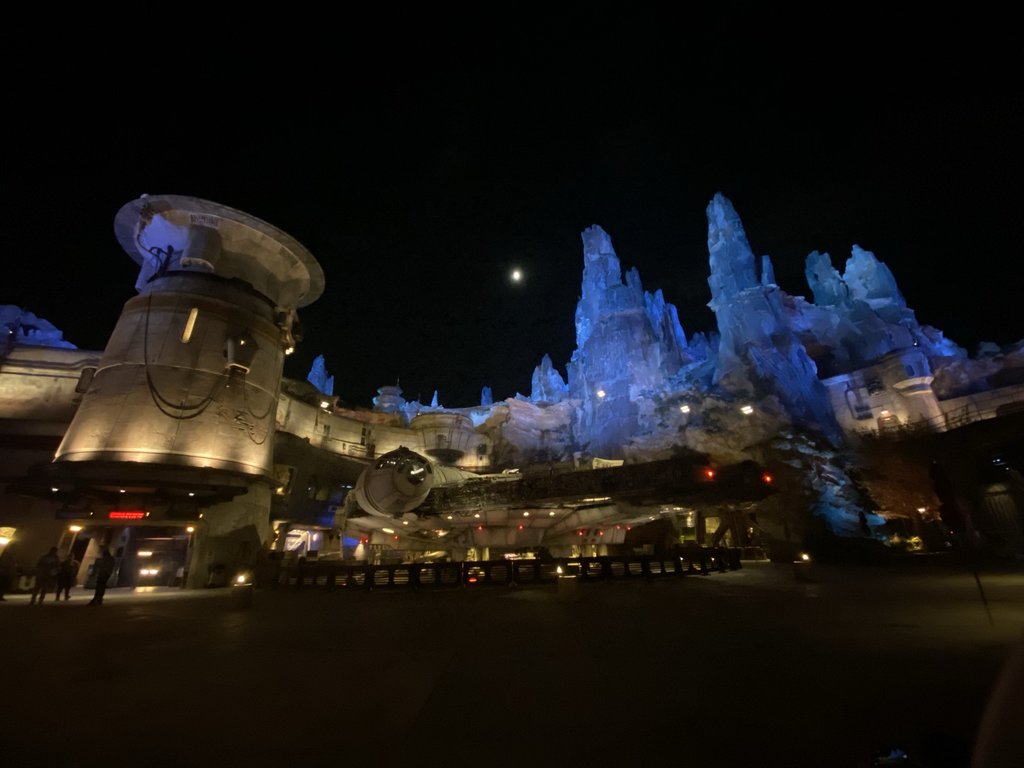 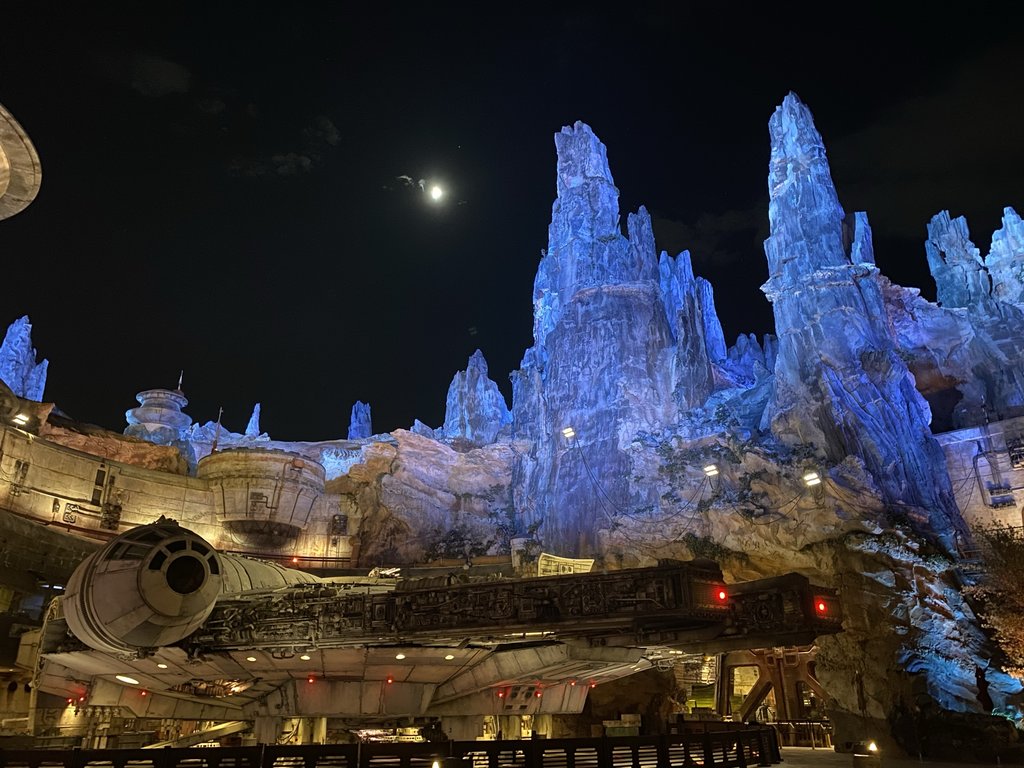 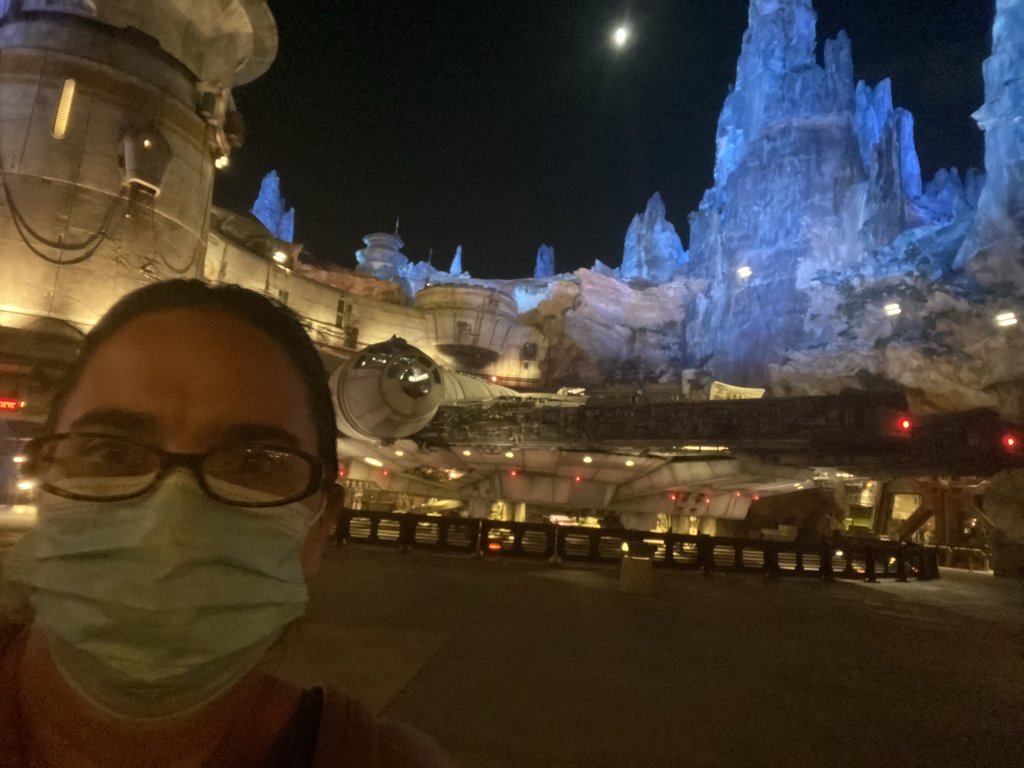 By the time we exited Hollywood Studios it was 8:43. So we had spent about 11.5 hours inside the park and did every ride we wanted to. I think the only thing we didn’t ride was Alien Saucer Swirl and we didn’t see the Lightening McQueen show thing. 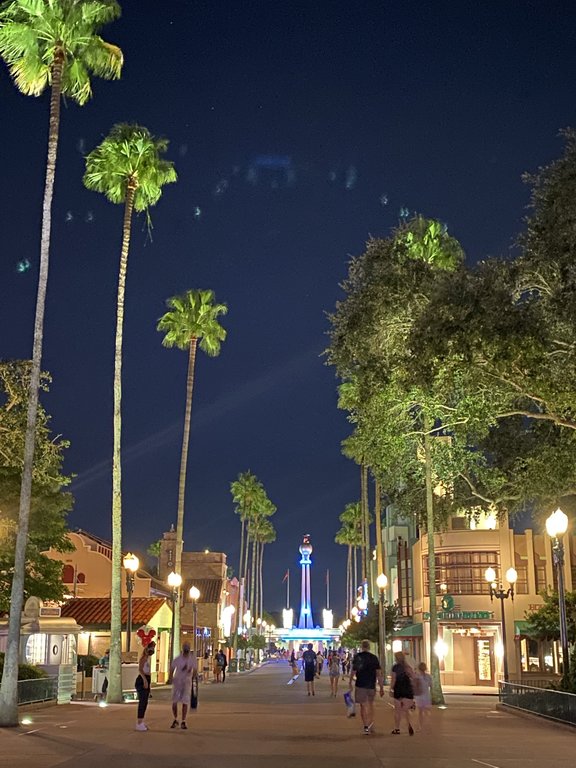 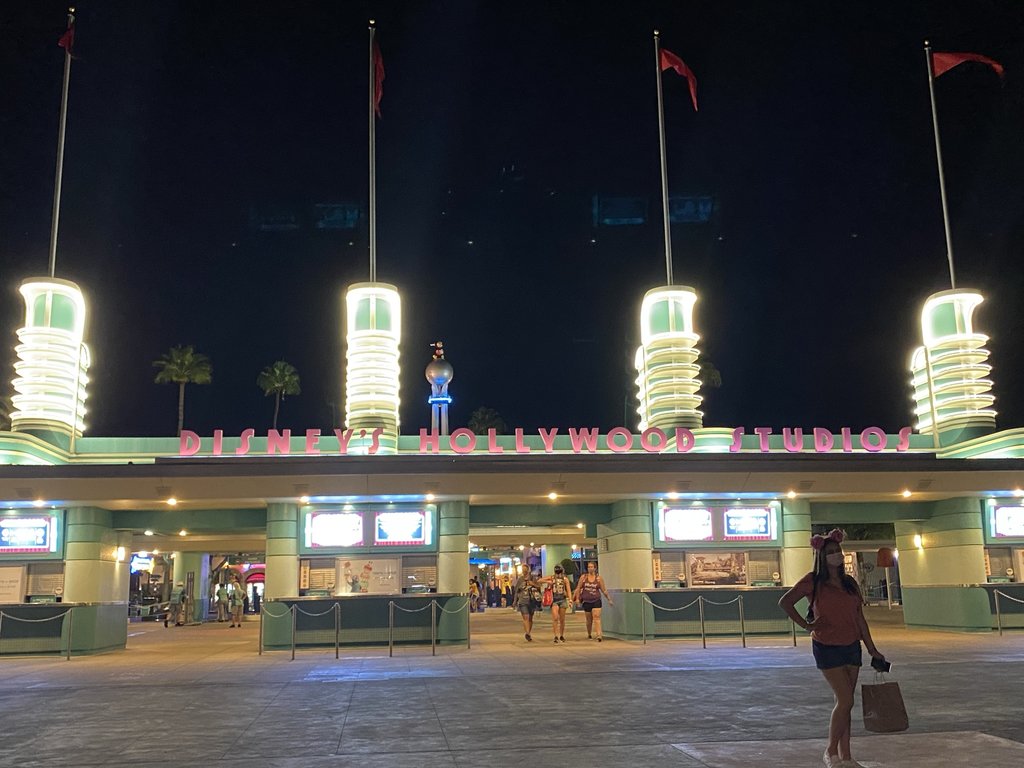 We got back to our room, decompressed a little, and realized we hadn’t had a real dinner, just pretzels. We ordered Doordash Wawa (I wanted something we couldn’t have at home and we loved Wawa growing up in Jersey). I had an Italian sub and so did Patrick, Taylar ordered a wrap and they brought her the wrong one and it just ended up in the trash. Oh and it was a task trying to get an Uber or Lyft back to our room. I think it was because so many other people were using it, we kept having our trips cancelled and I am assuming it was for ones where the driver would make more money. Anyway, after our late night dinner, I pre-scheduled our Uber/Lyft for the next morning to the Contemporary because I was determined to have Mickey Waffles on this trip.

Original Poster
Advertisement
Totally forgot to mention that on our way back to our hotel from our first night at Disney Springs we stopped at the photopass store thing and took some (as my brother said) "bad mafia-like pictures:" 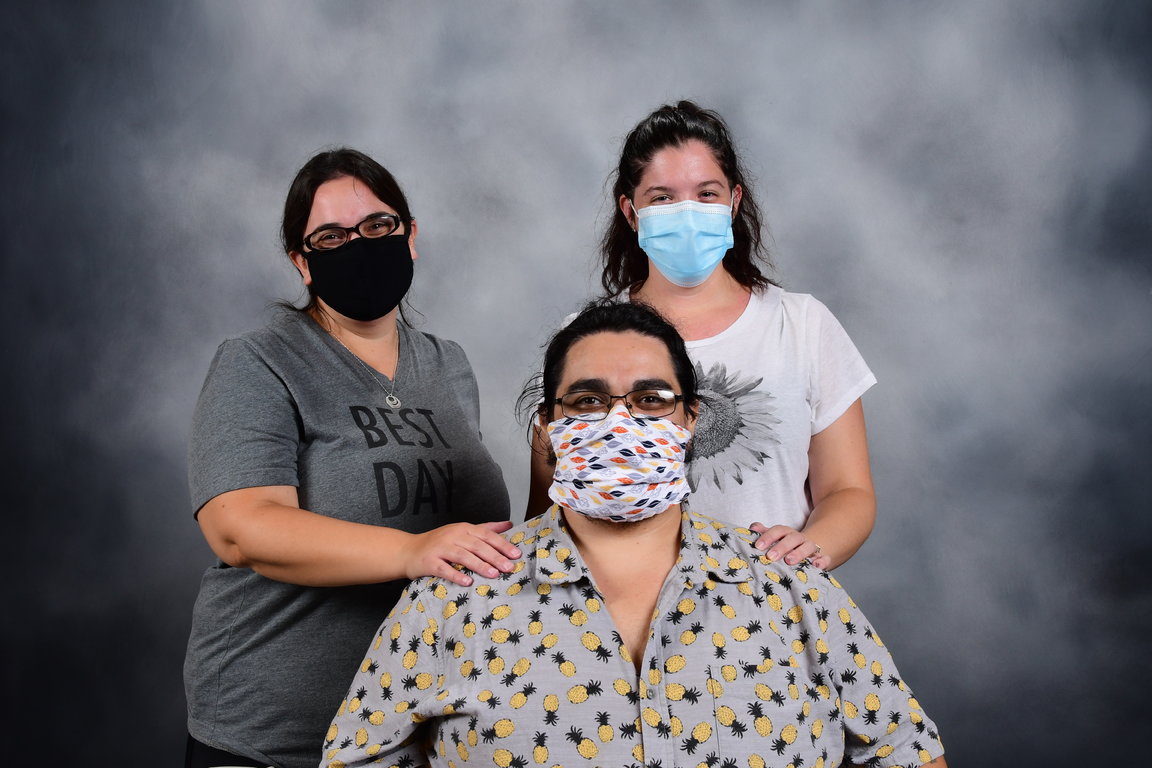 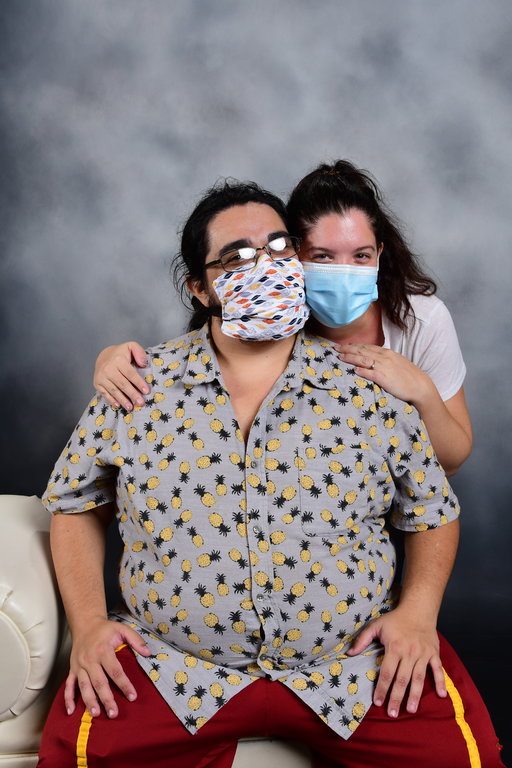 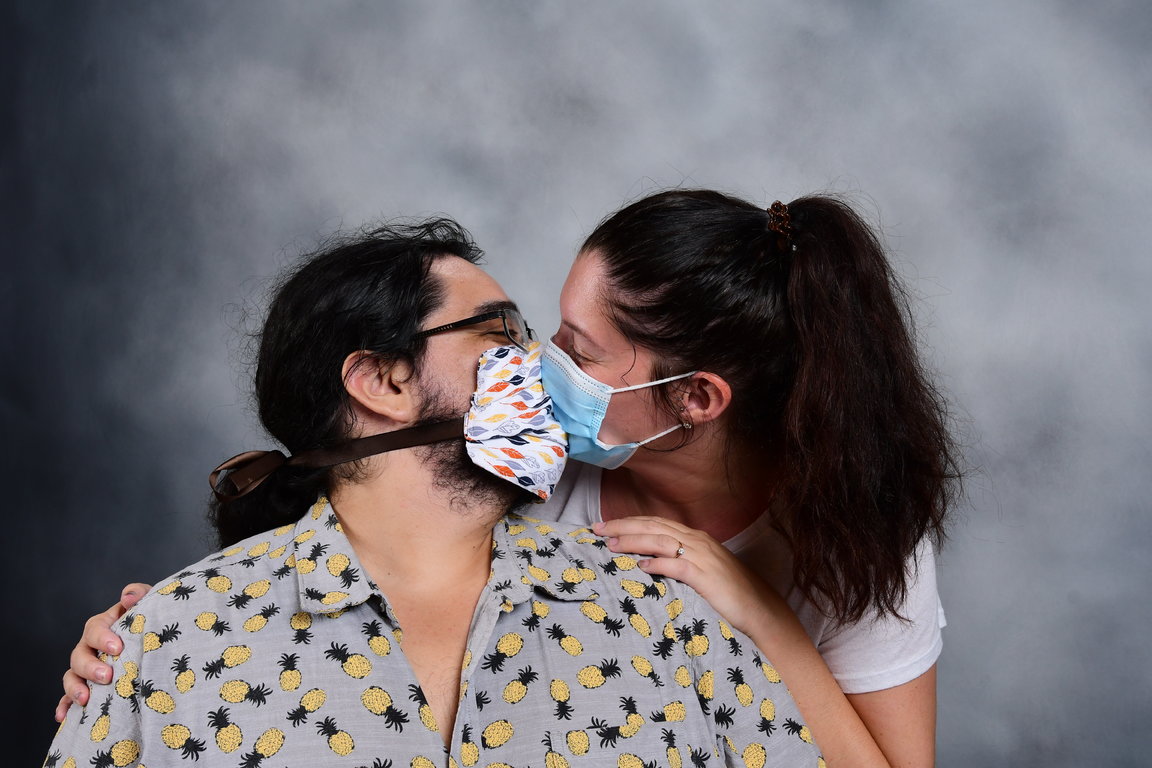 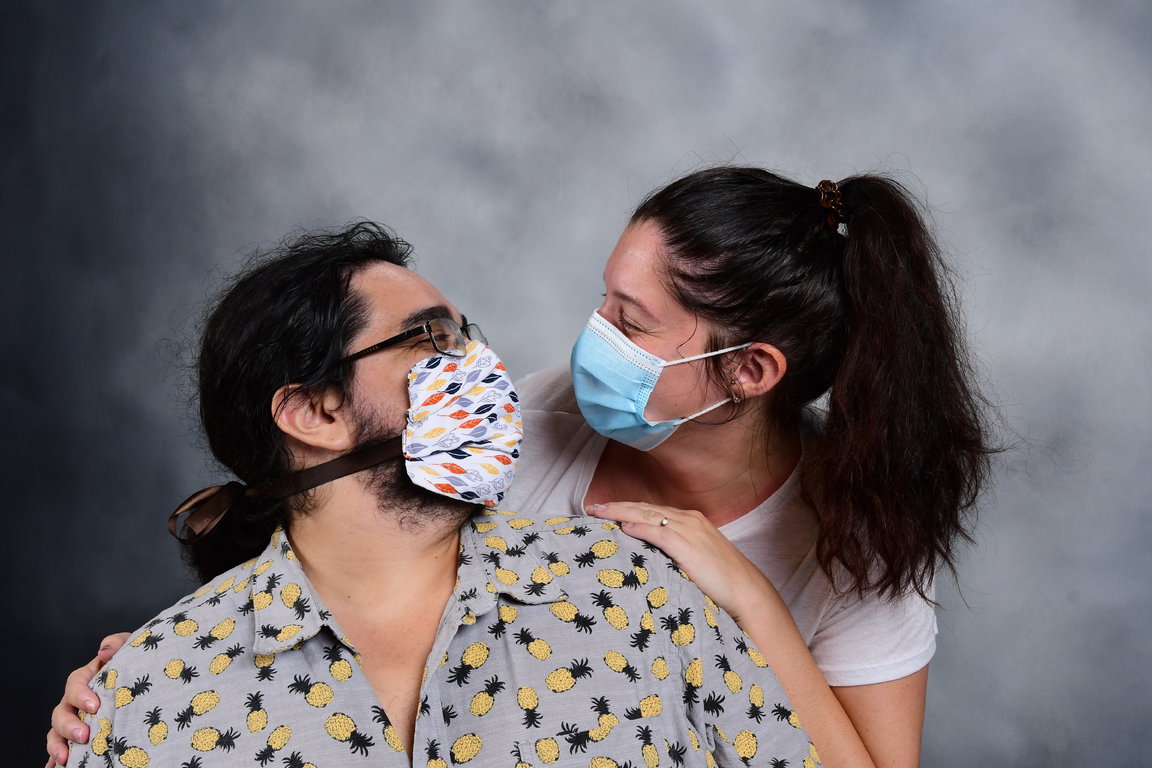 we also got some green screen photos. I think they are all laughable and totally not going to be on any of our walls lol 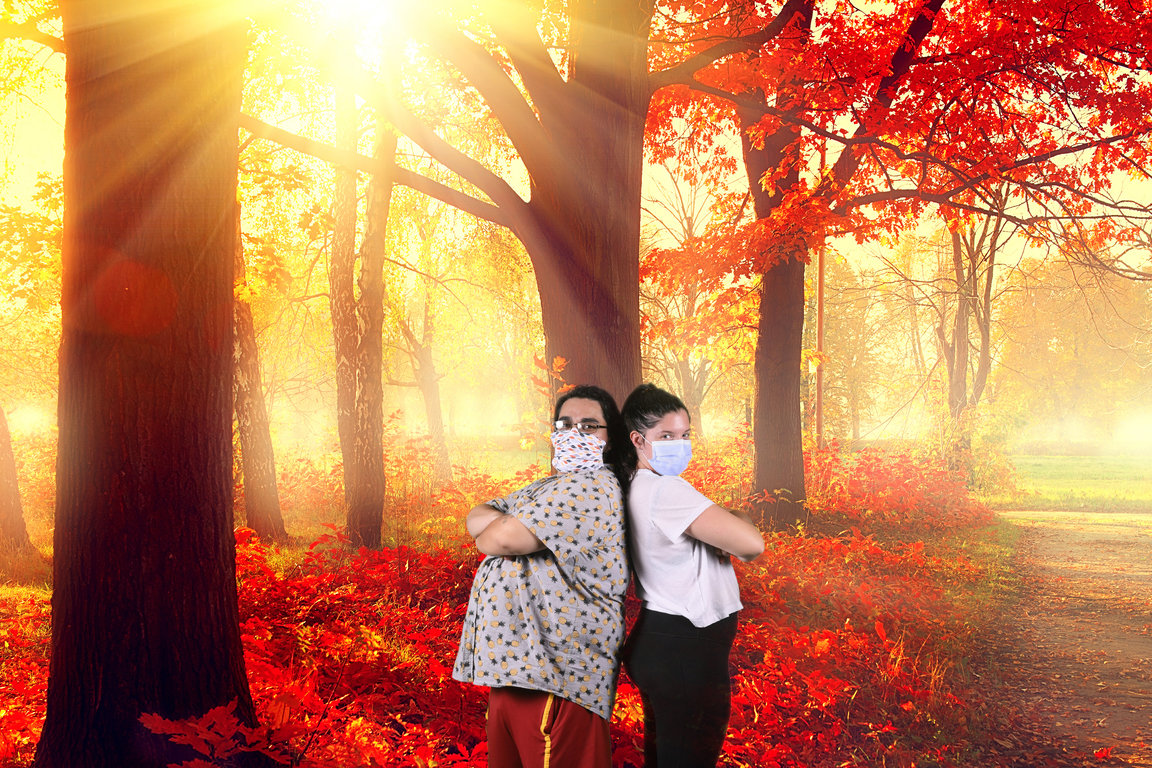 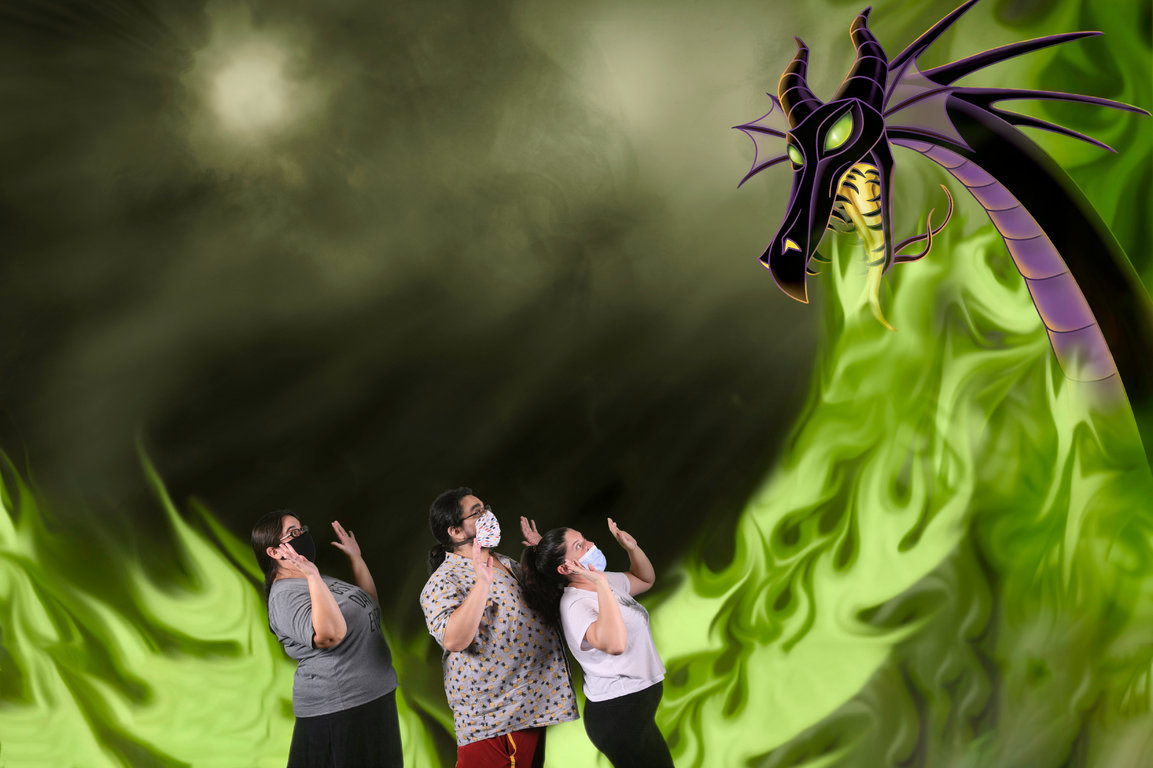 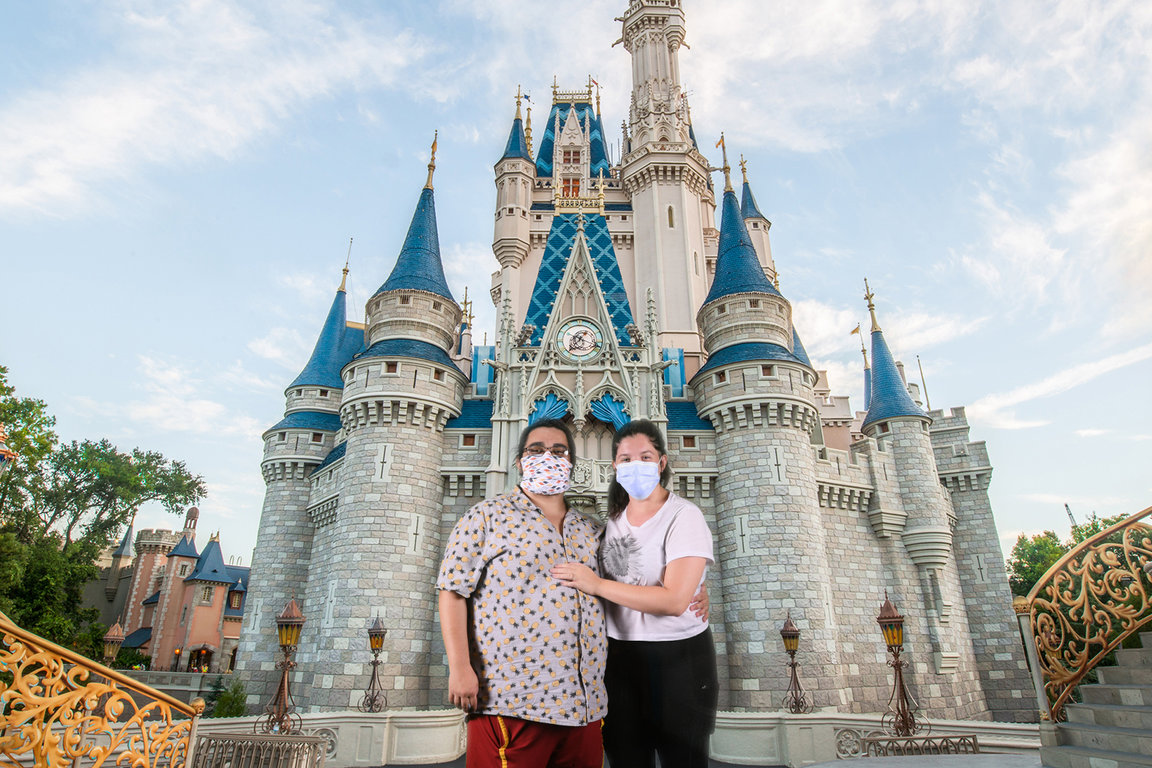 I love how confused they look in this one: 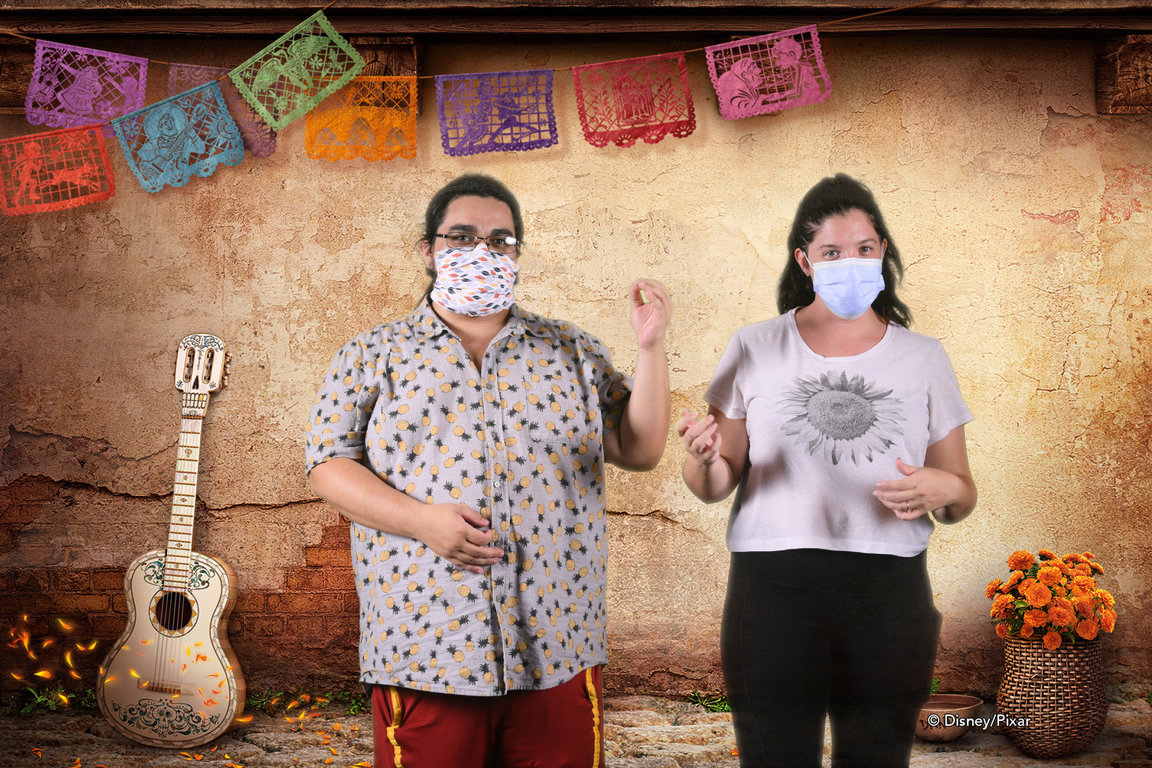 Trip Report The (second) ONE with enhanced cleaning and (a little less) Physical Distancing. Sept 2020
26 27 28