TJJohn12 said:
@marni1971 said in the other thread that it’d be in front of the current Mousegear, though the coffee table should also have a bar/restaurant on top of it’s not cut.
Click to expand...

World_Showcase_Lover007 said:
Not loving what I’m seeing...lots of food/retail...doesn’t capture the spirit of Epcot and isn’t why I pay good money to go to a park. DAK is the place for winding paths and green spaces, not Epcot. What made Epcot special was that the core space behind spaceship Earth by the fountain of nations brought everyone together in a shared space. If there are numerous meandering paths then that is all lost. We share the future as one community.
Click to expand...

Maybe EPCOT can be the place for winding paths and green spaces that’s not muggy with no good airflow? AK is always hot as stale Alien Swirling Saucers... EPCOT has always had beautiful breezes.

Tom Morrow said:
I'll always cherish classic Epcot. but it's definitely time for the "Future World" naming to go. We've become advanced enough where nothing they could ever do would feel like a realistic vision of the future, and they've clearly been moving away from that theme for quite some time.
Click to expand...

To me, Epcot was only partially about the future, and even though I am sad to loose that, I can accept that. For me, there is more fundamental theme that made Epcot special. Each park inspires us in a different way, although with some overlap. Magic Kingdom through fantasy worlds, whether they be the worlds of fairy tales, or fantasy versions of the real world like Frontier Land and Adventure Land. Hollywood Studios is about immersing us in the worlds of the movies and TV shows. Animal Kingdom uses the natural world to inspire us. Epcot, for me, has always been about using the real world to inspire us. Yes, some of it was about looking at the future, but there is also tried to inspire us by showing us man's achievements, spurring our imagination, and immersing us in other cultures. I am hoping they can at least keep that as an underlying theme of Epcot.

I noticed the horizontal lines right before I went to bed last night. Makes sense to throwback to Horizons but include something flying "over the horizon"

TJJohn12 said:
Maybe EPCOT can be the place for winding paths and green spaces that’s not muggy with no good airflow? AK is always hot as stale Alien Swirling Saucers... EPCOT has always had beautiful breezes.
Click to expand...

As soon as they fill in all the open spaces with deep vegetation, it will turn into the same hot muggy environment as Animal Kingdom... At least around the lake perimeter there will be more moving air...

Any new logo for the Play Pavilion?

JEANYLASER said:
Any new logo for the Play Pavilion?
Click to expand...

I walk away from this with a resounding "meh". It feels like the front part of Epcot is turning into Hollywood Studios. Sort of a directionless mishmash. I don't mind taking the nature theme for the current FWW. But, the neighborhood concept seems odd. It feels like this is going to become dated again in less than 10 years. And, the odd Cirque-meets-Pandora aspects seem oddly placed. This feels like a corporate event someone like Google or Salesforce would do for a promotion rather than a defined theme park space which can last awhile.

I do love the logos returning. I think that's great. Though, ironically, adding a consistent branding element to a park that now feels less cohesive.

I'm very disappointed to see the table. I think it has some cool aspects. But, the fact it will now impede the view of SSE from at least 1/3 of World Showcase is a problem IMHO.

The balance of the overall park layout just seems off with this.

Disney's been grooming us to accept and then love these changes for years...

Well, I think it's going to be gorgeous! What a great atmosphere to just "be" in!

Very excited, time to say goodbye to the past and hello to the new!

That was quite the sudden turnaround from that silly coffee table book TV series announcement. 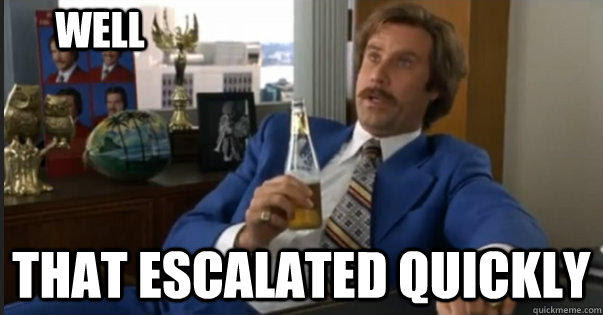 I’m shocked that everyone is so far looking forward to the changes. I think they did give a little fan service with the logo and some of the poster designs. Even the concept art is a nod which I think shows Disney at least appreciates the original Epcot center. Of course I fully support the park transitioning into something new while still keeping somewhat of a underlying theme. All the pics I’ve seen looks absolutely stunning and can’t wait until we start to see those changes. According to twitter Chapek said a lot of reveals are expected Sunday so hopefully we have a lot to look forward to.
Last edited: Aug 23, 2019

I don't get putting in more restaurants, without also adding more things to do in general. You can go to Disney Springs and go eat at a restaurant without paying an admission fee... 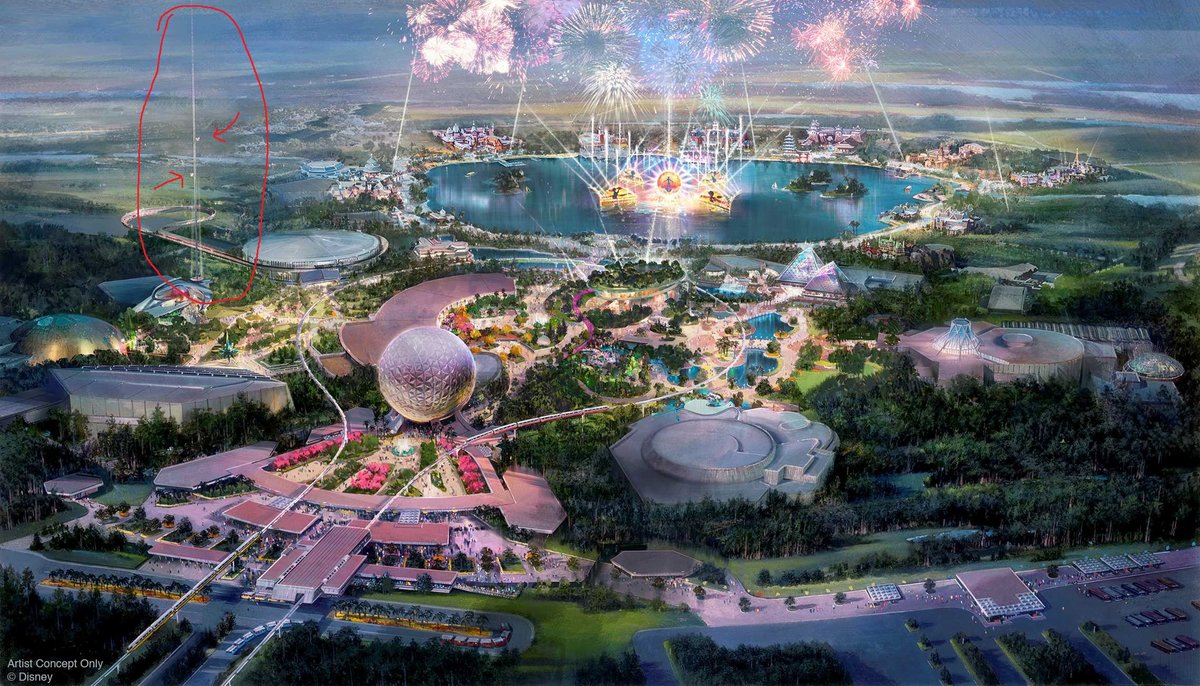 Are we going to just ignore this giant spire which appears to have "cars" on them?!?!?!?!?!? Or did I miss this in another thread?? I NEED ANSWERS, PEOPLE!!!!

Are we going to just ignore this giant spire which appears to have "cars" on them?!?!?!?!?!? Or did I miss this in another thread?? I NEED ANSWERS, PEOPLE!!!!
Click to expand...

It's the space elevator restaurant... the elevator in this drawing is obviously just the artist having fun with it. There is not REALLY going to be an elevator to a restaurant in space.

I like the old look better. It had symmetry. They should tear down both sides of Innoventions if they're going to tear down one side.

Epcot_Imagineer said:
It's the space elevator restaurant... the elevator in this drawing is obviously just the artist having fun with it. There is not REALLY going to be an elevator to a restaurant in space.
Click to expand... Are we going to just ignore this giant spire which appears to have "cars" on them?!?!?!?!?!? Or did I miss this in another thread?? I NEED ANSWERS, PEOPLE!!!!
Click to expand...

How do you get to your reservation for dinner?

(This is the Space Restaurant, think Hydrolators but goin' up)

The logos pretty much look like they all could’ve been designed in 2019. This is an odd case where they recognize that they were actually very ahead of the times in 1982. It’s such an obviously smart idea to bring the logos back that I wasn’t sure they would do it. Hopefully it’s more than just selling nostalgia.

The large center of the park concerns me, because the Gardens of Imagination in Shanghai wasn’t incredibly imaginative, and if that’s the best they can do with the center of Epcot, they’d be better off leaving it alone. The concept art makes it look nice, as it’s designed to, but I don’t see much direction.
Last edited: Aug 23, 2019
Share:
Facebook Twitter Reddit Pinterest Tumblr WhatsApp Email Share Link