Maryssa* said:
Corrals are up and apparently there are OVER half of the total runners in the back 2 corrals... something doesn't seem right here. I'm a little nervous about how crammed it's going to be.
Click to expand...

40% of the field is in the last corral with an estimated time of completion over 3 hrs. 15 min. Maybe they figure at they pace space is less of a concern and the runners just want to get started.
M

I'm running the event in 2 weeks. Pretty excited, my first runDisney event. Anyone have any experience with the new balance shoe purchase?

I'm SO excited for this race!!

I was a little disappointed that the 16 minute pace was enforced so quickly. I understand it's a race, but had I cheated and started out I an earlier coral I would have finished the entire 13.1.
Click to expand...

What'd everyone think that ran the race?? Super jealous of your awesome medal! I heard other than the strong winds it was a great race.

The wind was terrible. Unlike the rain at W&D, where you couldn't get any more wet after a certain point, the wind was strong and kept having gusts to randomly make it worse. Mentally, this race was a lot harder than W&D; it may have been tougher physically too since we were running straight into a headwind from about mile 4 until mile 8, and had crosswinds to deal with from there to the finish (oddly, the first few miles were fine for me)

The course was...different. I didn't enjoy how little time was spent in the parks, but I understand why they did it to incorporate the Crystal Cathedral (where I was expecting some sort of cheer station, but saw nothing) and Angel Stadium (which only had 2 marching bands, rather than all the scouts from DL1/2). It was a lot of running past budget motels and generic office parks; certainly not as "ugly" as DL1/2's course, but not particularly inspiring either

The part on the trail was definitely the worst part. There were almost no spectators (other than a neat cosplay cheer station near the beginning) and the scenery was bleak. We were heading right into the wind and there was a ton of dust, debris, and garbage flying around. I'm still coughing up dirt today. This was also where I really started to notice that almost every mile marker was blown over or in the wrong place.

On a side note, they attempted to introduce a backstory for the 5K, which was kind of fun. Basically it was the Hulk story, and we were all being exposed to radiation by some evil villain and the only cure was to make it to the finish to get our medals with a special serum in them. The only problem was the way it was phrased was along the lines of "the runners are the target of this attack", which I felt was in poor taste in light of the Boston bombings. They obviously meant it to be fun and didn't mean anything by it, but it just felt a little insensitive

Had it not been for the wind, I would probably have a different opinion, but overall I was non-plussed by the race; it wasn't bad, but it just wasn't quite a 'great' event. I'm also not a huge Marvel/comic person, so I didn't really understand a lot of the references, which I'm sure impacted my enjoyment. My real reason for making the trip to CA was to see the production of Hunchback in La Jolla and that exceeded my (very high) expectations, so it wasn't a total loss

What the? I heard that part of the race was very windy (Santa Ana winds). Some of the mile markers were blown over due to winds.

FerretAfros said:
(other than a neat cosplay cheer station near the beginning)
Click to expand...

Now that sounds new and interesting. Many of those people put a lot of time into their costumes. Lots to look at I bet.

Premium Member
Having second thoughts about this one. Might do it next year to see the DLR Christmas stuff.

Soooo it was on the site for a short time, then taken down, but it looks like we're getting the Captain America 10k and the Infinity Gauntlet Challenge!

Original Poster
So Avengers registration opened today and nobody is posting updates or talking about it!? What has happened to this forum?

Mad Stitch said:
So Avengers registration opened today and nobody is posting updates or talking about it!? What has happened to this forum?

People seem to be disappearing. : ( Need to drag some new blood over to help perk it up some.

Premium Member
Many are moving on to other runs. And maybe people here are tired of dealing with the 1-hour sellouts. There is a new class known as the runDisney lifestyler.

Texas84 said:
Many are moving on to other runs. And maybe people here are tired of dealing with the 1-hour sellouts.
Click to expand...

I agree and have done/felt the same. But I would still like those people to hang around and share their other race experiences. I would never had known about the Hershey Half if it wasn't for these boards and now I would like to run it some day.

Mad Stitch said:
I would never had known about the Hershey Half if it wasn't for these boards and now I would like to run it some day.
Click to expand...


Definitely a fun course - free chocolate bars around mile 10, and 2 free park tickets. Be prepared for a hilly course though! 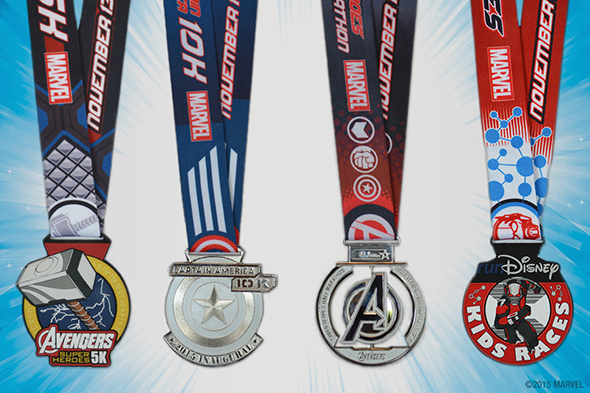 It took me awhile to find this thread. We need our pinned threads updated @wdwmagic