waltography said:
I still think they could have figured out a way to create more dense pockets in the land; before they locked it up, Court of Angels was my favorite spot in NOS for the same reason.

The whole layout is a bit off when they decided that they needed a large wide walkway on the south side of the land. I am sure they did it so that all buildings had a direct connection to backstage entry but i still think they should have broken up that large walkway with more than just PADS and mostly lifeless ships behind barriers.

I really do like the idea of the land and I also like the look of it. It reminds me of some of my travels but it seems they had great ideas that just stopped short in areas where they should have not. They layout is great on the town side of the land but that huge expanse on the west side needed to have been altered a bit. smaller paths that lead to hidden ships and outpost booths would have made the place feel more lived in and hidden instead of the long walkway.

I kind of hate that the beautiful work they did on the crashed ship used for unload is mostly hidden from view and not appreciated by most guests. Maybe the walkway should have had a secondary path that curved closer to that part of the building, of course the narrow piece of property there might have been the issue

So the consensus is Galaxy's Edge needed to be more like the Morocco Pavilion at EPCOT or Africa in Animal Kingdom?

Because both of those have details that make them look either artistic and inviting: 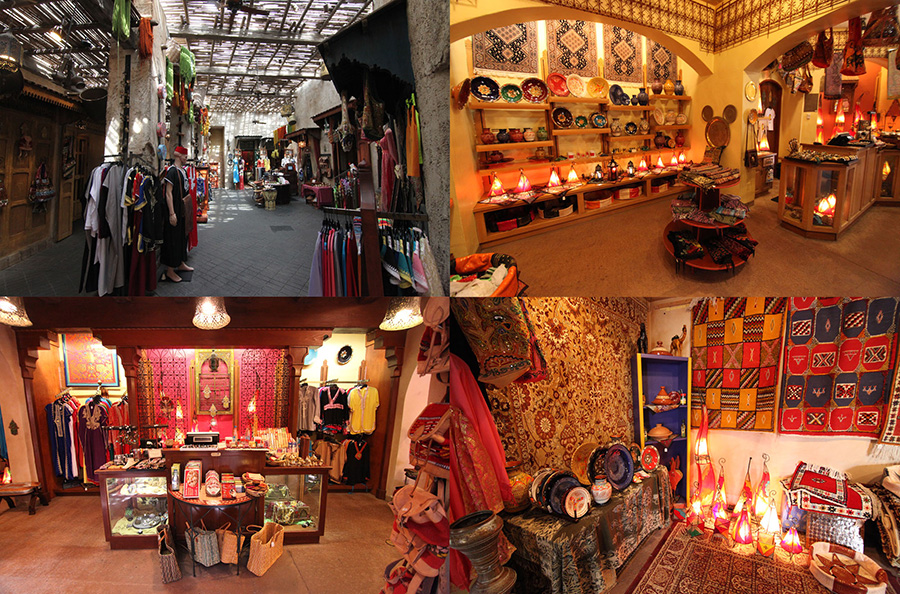 or genuinely lived in: 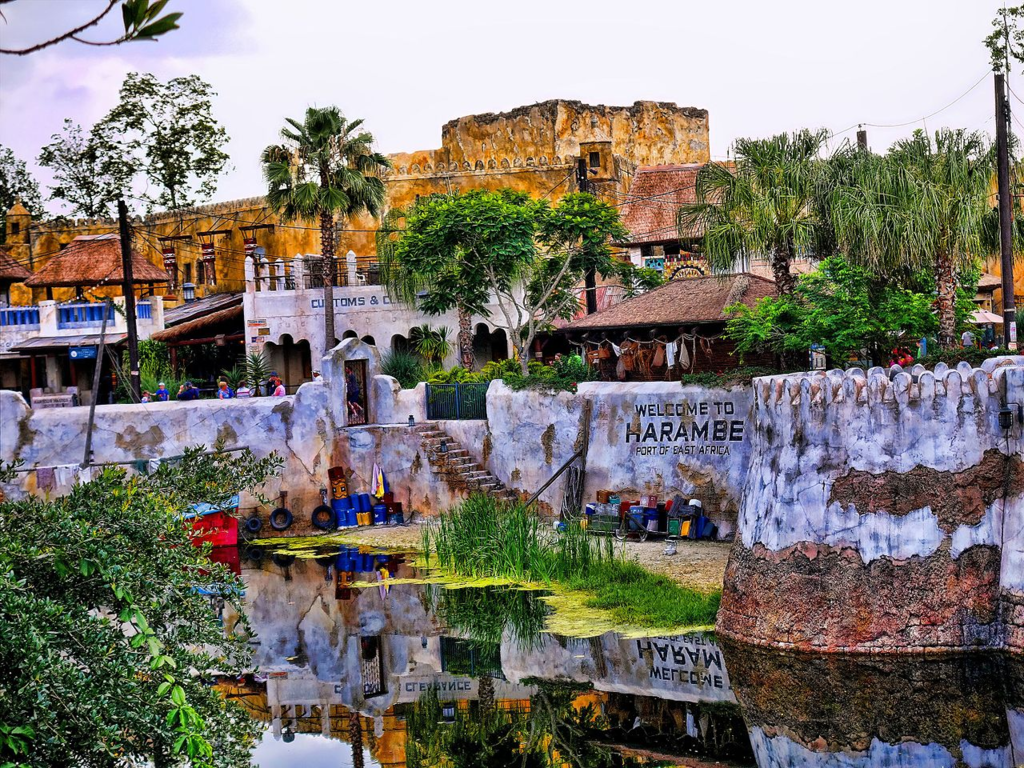 (That said, I'd rather have Big Thunder Ranch BBQ back vs. any of them!)

GE is more like the Africa area of Animal Kingdom, which is depressing and rundown and appears as if a car bomb will go off and large men with guns will suddenly run through at any time.

it’s crazy that they were apparently studying NOS for certain design aspects of GE. NOS feels lived in. GE feels like nobodies lived in it for decades which is the opposite of what they were going for.

mickEblu said:
it’s crazy that they were apparently studying NOS for certain design aspects of GE. NOS feels lived in. GE feels like nobodies lived in it for decades which is the opposite of what they were going for.
Click to expand...

The pinnacle of theme park land design is clearly making the land look like it just went through years of abandonment and trauma. "To all who come to this war-torn place... Welcome."

mickEblu said:
Wow is that first one Star Tours at DHS? I’ve never seen that angle
Click to expand...

You should see the angle behind the AT-AT. It's even better.

I did it by myself, I swear. Then WDI validated the design 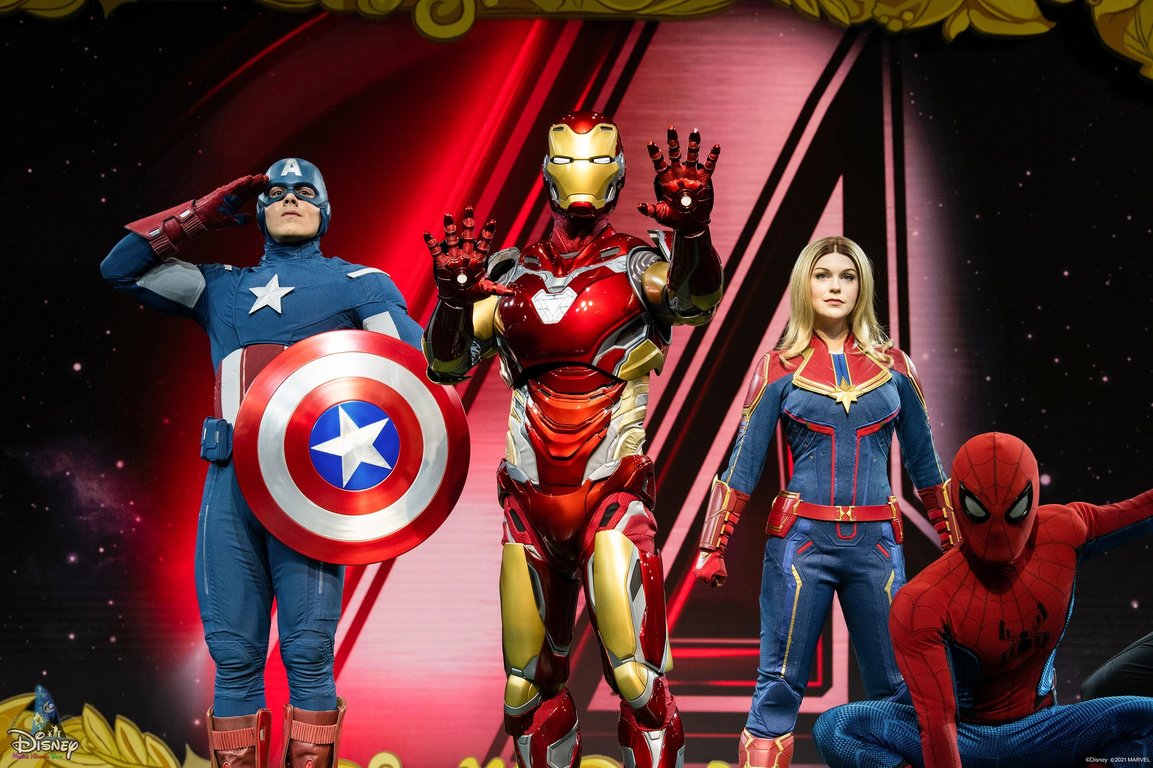 G.L.A.D.I.O said:
I did it by myself, I swear. Then WDI validated the design

Something about Iron Man just looks... off.

But I suppose it could be worse...

PostScott said:
You should see the angle behind the AT-AT. It's even better.
Click to expand...

See, I know what you're doing there because they're what I guess they'd call False Fronts or "Facades" on the internet and Disney blogs. When you go behind that stuff, you see that they're just movie props with a matte painting on the building. But that adds to the charm. You're on a movie set and then you enter the movie, as opposed to just wandering through a tunnel and suddenly being in SW land. It's classic MGM Studios!

PostScott said:
You should see the angle behind the AT-AT. It's even better.
Click to expand...

Premium Member
During the presser this afternoon they announced the opening date for Avengers Campus - June 4th.

DCBaker said:
During the presser this afternoon they announced the opening date for Avengers Campus - June 4th.
Click to expand...

DCBaker said:
During the presser this afternoon they announced the opening date for Avengers Campus - June 4th.
Click to expand... 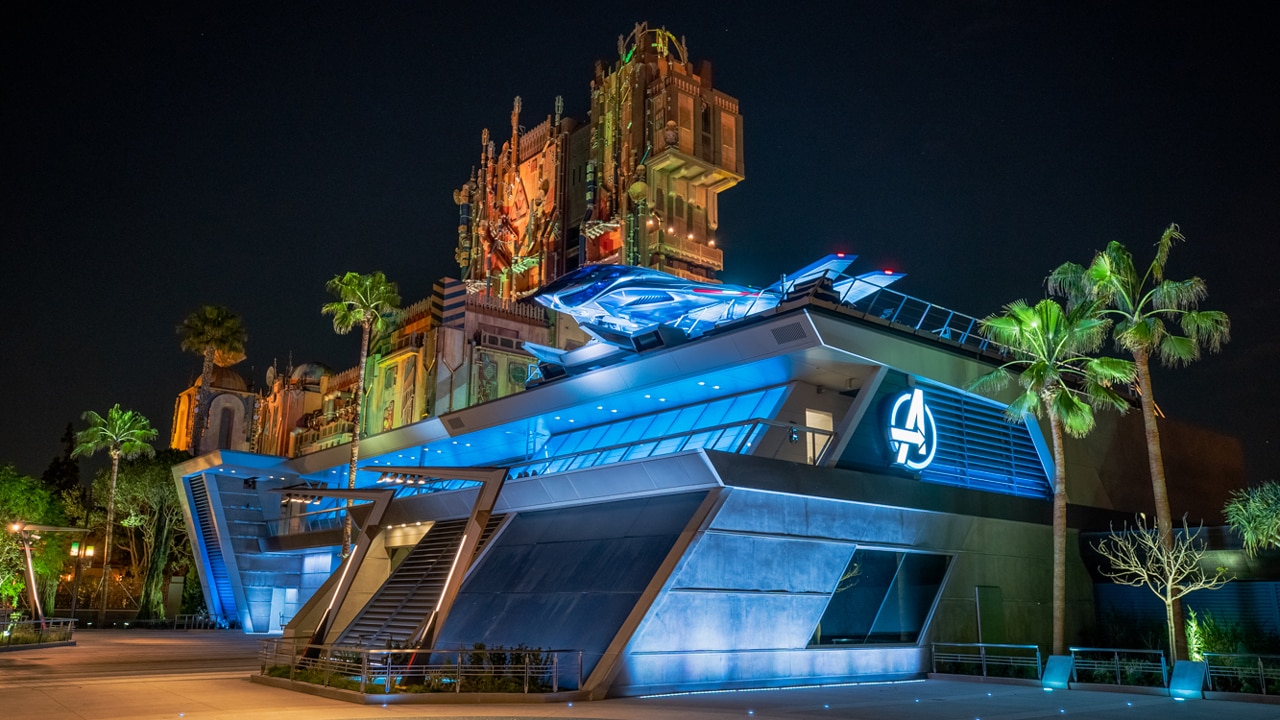 Super Heroes Assemble! As we’ve all been anticipating, I’m pleased to share that Avengers Campus – an entirely new land dedicated to discovering, recruiting and training the next generation of Super Heroes – will open June 4, 2021 at the
disneyparks.disney.go.com

I think that looks awesome at night.

It really does look great.

Now this makes the land worth it.

Oh god, now I really don't know when I should try to get a reservation for

I guess I should shoot for after June 4 but before June 15?

"Pym Test Kitchen is a food innovation science lab where the food and drinks tell a story. "

Even the food has a backstory

Kidding aside, I have to admit Avengers Campus looks pretty good. How it is in execution still TBD.
Last edited: Thursday at 6:08 PM