Not long ago I was out for a ride on my bicycle. Surrounded by the beauty of nature, my mind was at peace and I began to think of my wife and how much I love her and had a desire to do something special for her.

Wonderful ideas began to flood my mind. Flowers would be nice, but I needed something better. Perhaps a special dinner? No, that wouldn't be enough. Jewelery? Na, she's very picky and I would most likely get the wrong thing.

Then, i had a spark! An idea that was perfect! As it came to fruition in mind, a big smile came across my face, and then, out of nowhere... I fell of my bike.

Luckily I was not injured aside from a badly bruised ego lol. My Great idea was a trip to Disney world of course! It's been nearly a year since we last visited together and it's about time we get back!

Being just a few months out it was nearly impossible finding more than 2 days together on the dvc website. Over the next 2 weeks I began reserving specific days and was able to piece together 5 days in a row. I definitely wanted more but this was enough to share the news with my wife! I was able to get our home, Boardwalk Villas. We will have a 1 bedroom villa with pool/garden view!

I've visited twice this year, but sans wifey. Our last trip was Ocotber of 2021 and the mask mandate was still enforced outdoors. Even though we had a good time she she decided she would not visit again until the nonsensical mandate was lifted completely. Here's some pics from that trip. Starting off seltzer heavy for @lostpro9het 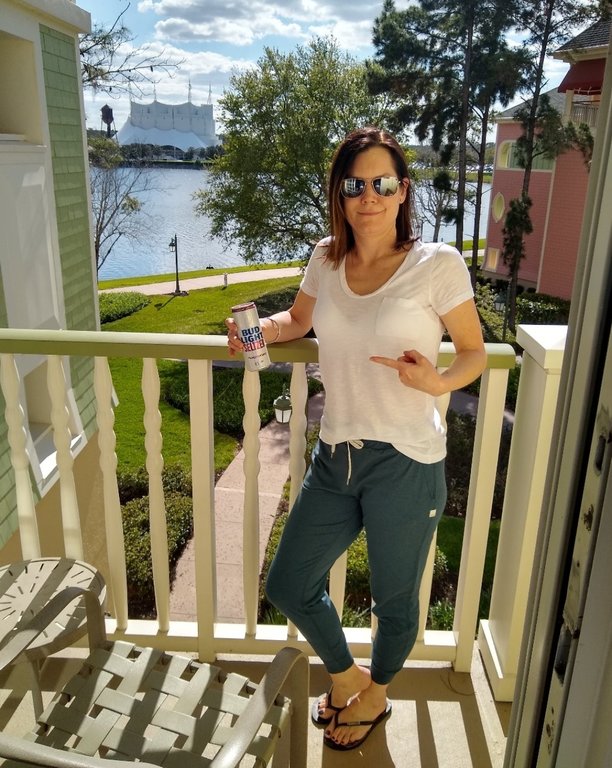 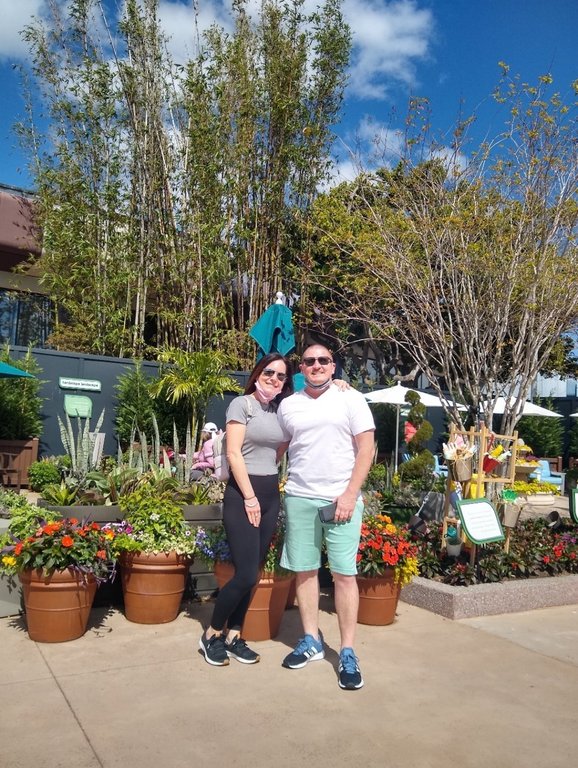 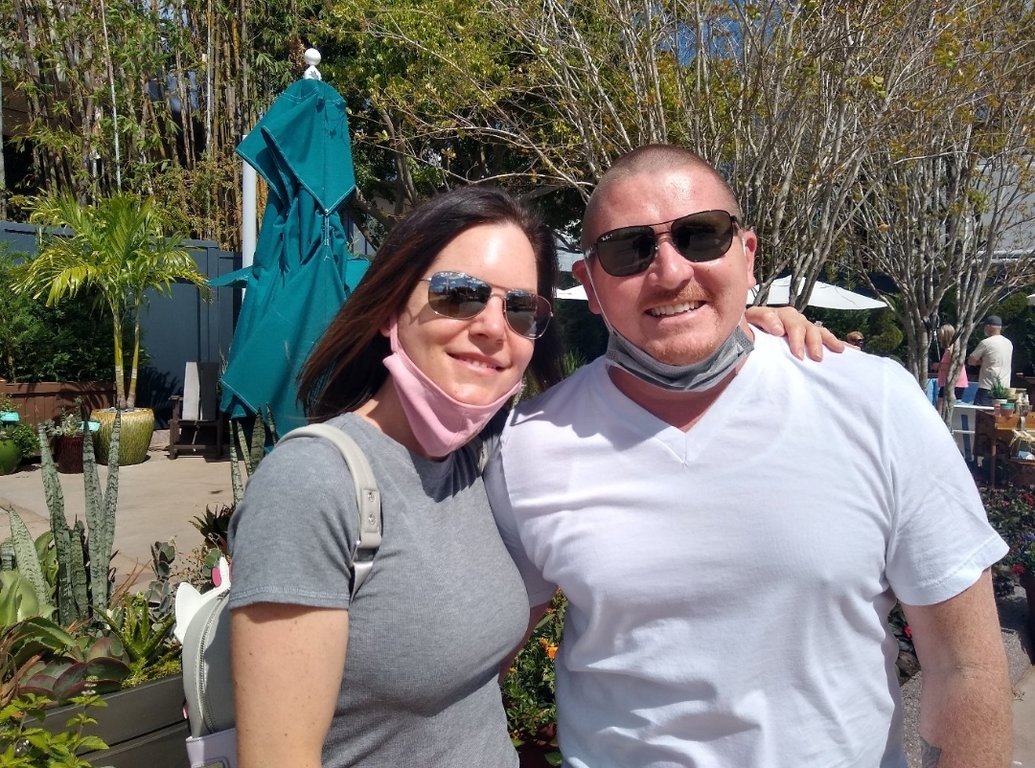 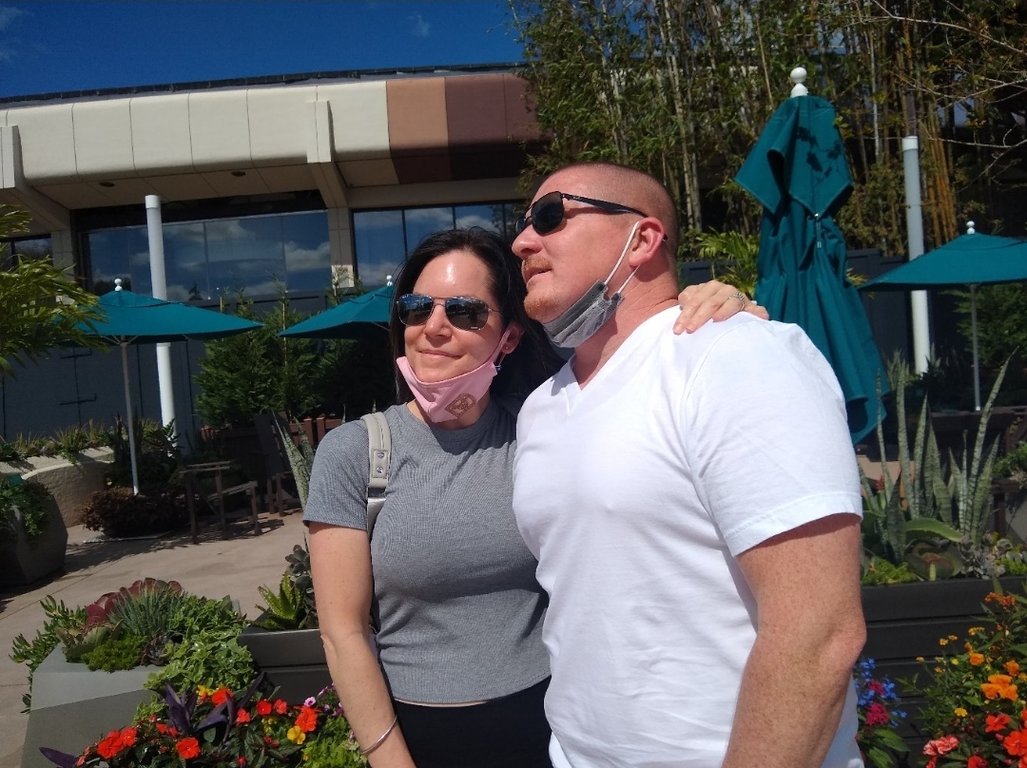 Over the course of the last 2 months I was able to get a total of 9 days at boardwalk villas. I recently just added an additional 2 days to the beginning of the trip at Wilderness Lodge, studio room, Club Level.

Needless to say, C is SUPER excited to visit again now that we don't have to wear masks.

We've got lots of fun and new stuff planned for this trip! Updates to come soon!
Click to expand... 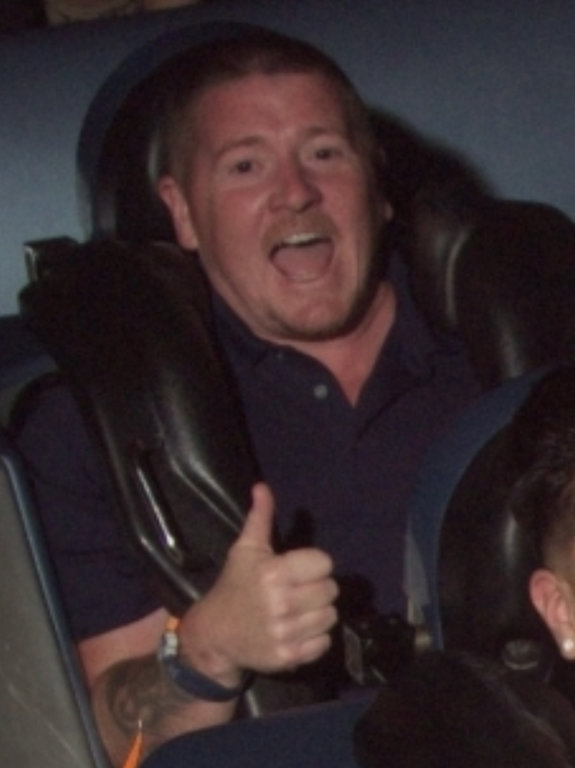 We left HS a bit earlier than normal, but only because we wanted to be sure and get a good seat at Ale and Compass Lounge to watch the World Series.

Our plan to arrive early was a success. We got the exact spot we wanted!

We like couch that faces the lobby. Good people watching and a TV right next to us.

Started with a beer for myself and C got a side car.

C really liked the side car so I suggested she kick it up notch and get it with the Remmy VSOP. 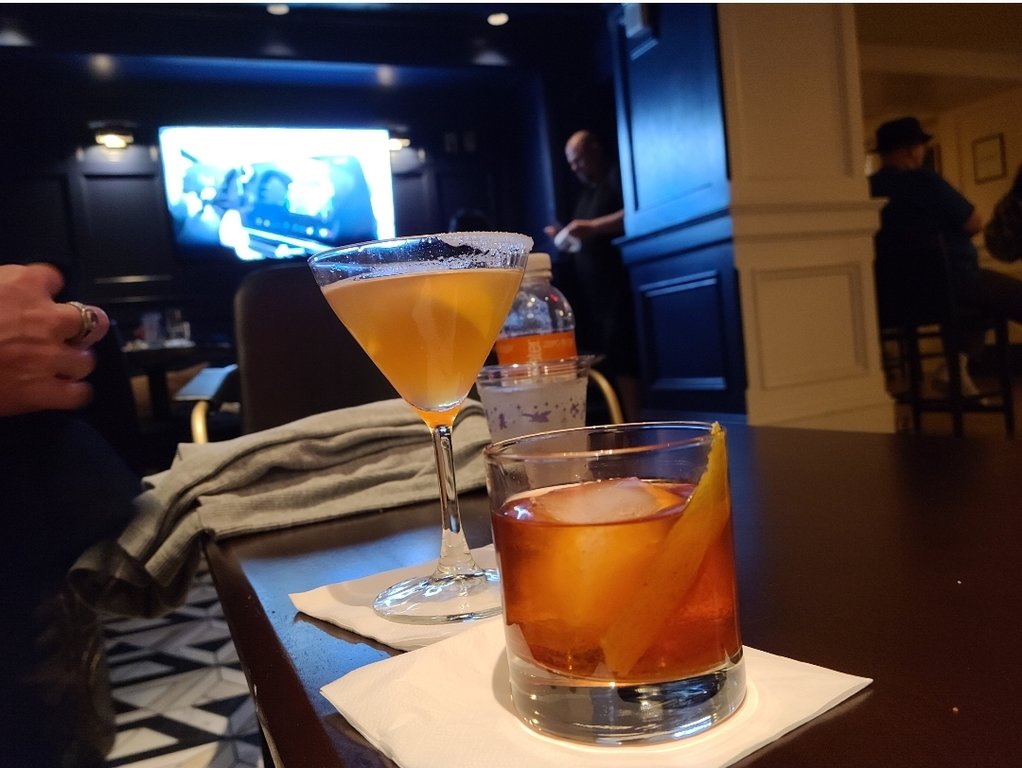 She liked it even more with the Remmy. I got a bourbon. We also ordered the pizza, again! 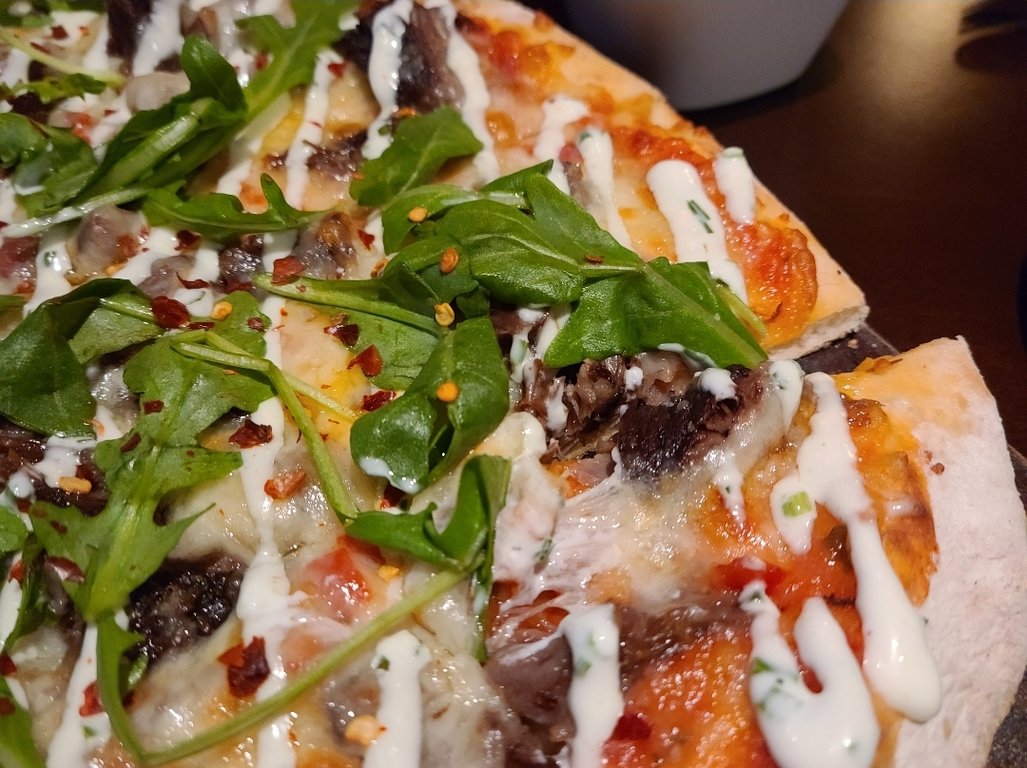 C isn't much of a baseball fan so she was on her phone looking at the mall of millenia shops and considering taking a trip there in the morning. She says that every trip but it doesn't happen. She occasionally looked up and cheered whenever i got excited at the game. She's very kind to oblige me with her phantom appreciation of the game .

We hung around until the 6th inning as we drank and ate. C ordered a third side car. It would definitely put her over the top by the time she finished.

We probly would've stayed longer but a guy sat down behind us amd wouldn't shut up with his bragging to the poor couple sitting next to him. He went on and in about how they live in California and visit Disneyland all the time amd how much better it is than Disney World blah blah blah. And no shade against Disneyland, but the guy wouldn't shut up. The poor couple tried to ask a few questions that in ended in him bragging more about random crap. Then he started talking about how much he hates Trump blah blah blah. And that's not me defending Trump in any way, but again, the dude wouldn't shut up about it.

It was entertaining/comical for about 2 minutes and then we couldn't bare it anymore. It just took us about ten minutes to finish our drinks and then we left.

On the way back to the room, We stopped at the general store named "Screen Door" which is located on the Boardwalk at the Boardwalk Resort in the Walt Disney World Resort located in Orlando Florida (is that better Max? 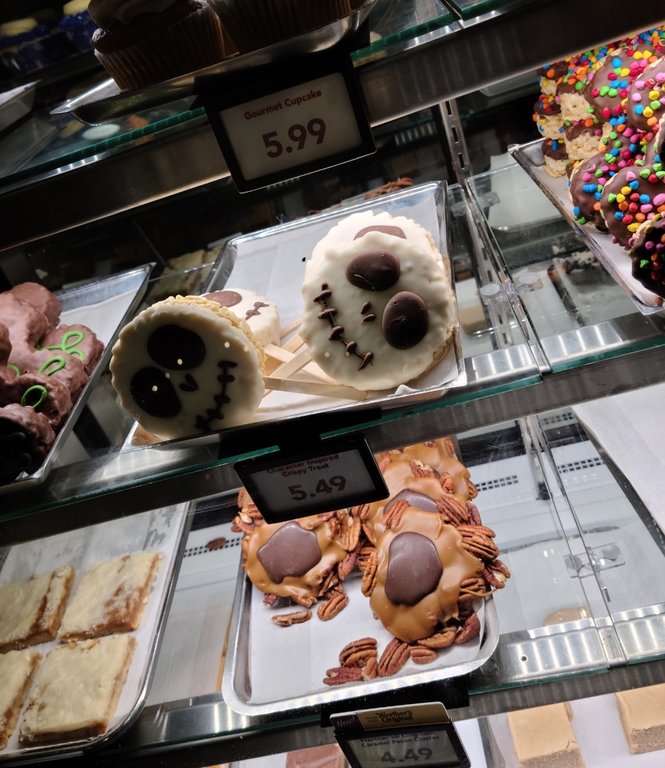 C was very tipsy at this point and was cracking me up. But we needed to get back to the room asap so decided against a sweet treat.

wdisney9000 said:
On the way back to the room, We stopped at the general store named "Screen Door" which is located on the Boardwalk at the Boardwalk Resort in the Walt Disney World Resort located in Orlando Florida (is that better Max?

C slept like a baby after her triple side car evening. We were up early and it was rope drop time! We got to the bus stop before the sun had risen 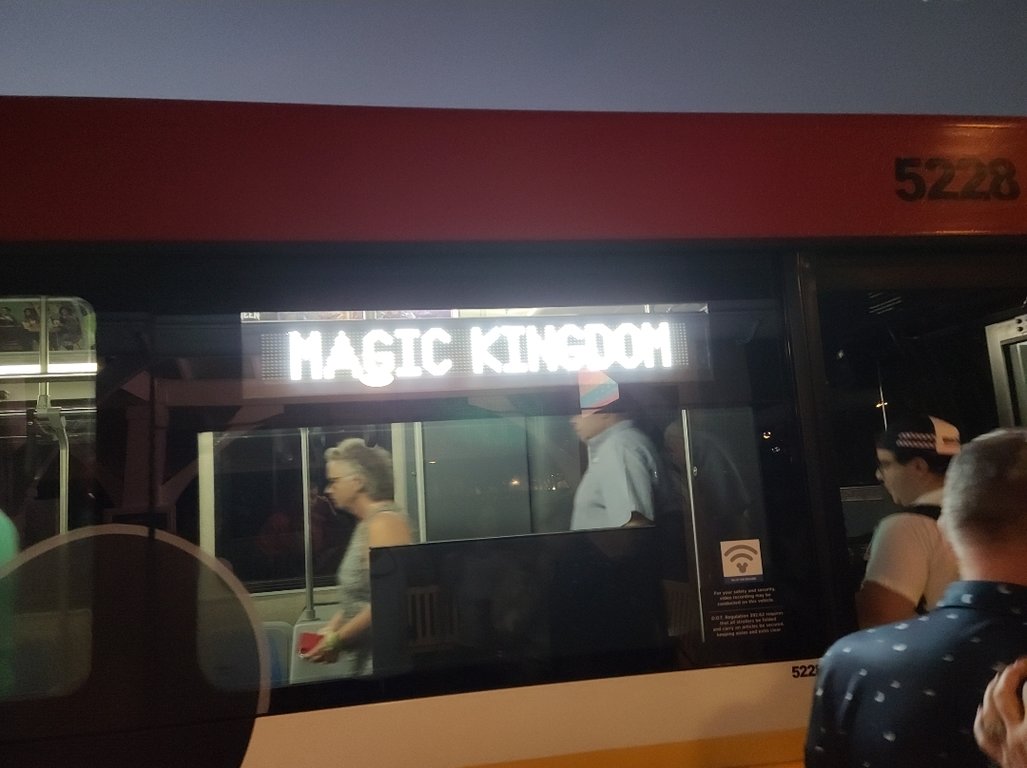 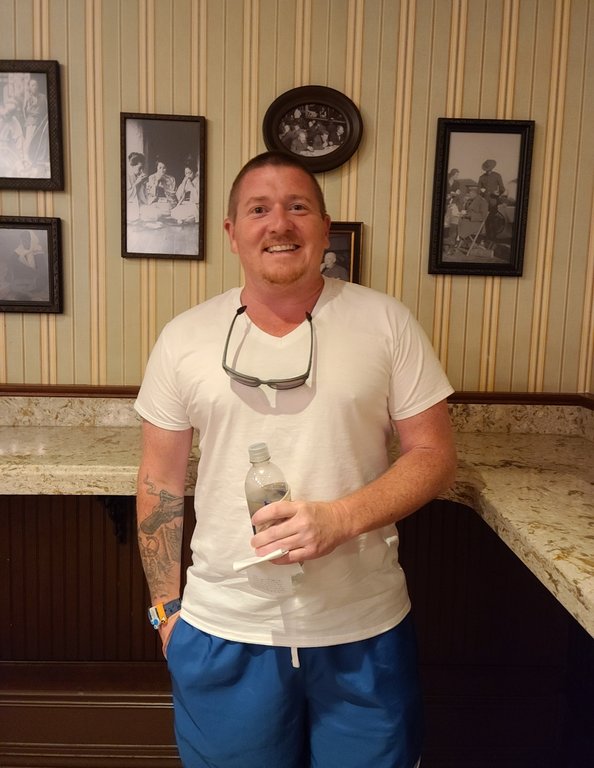 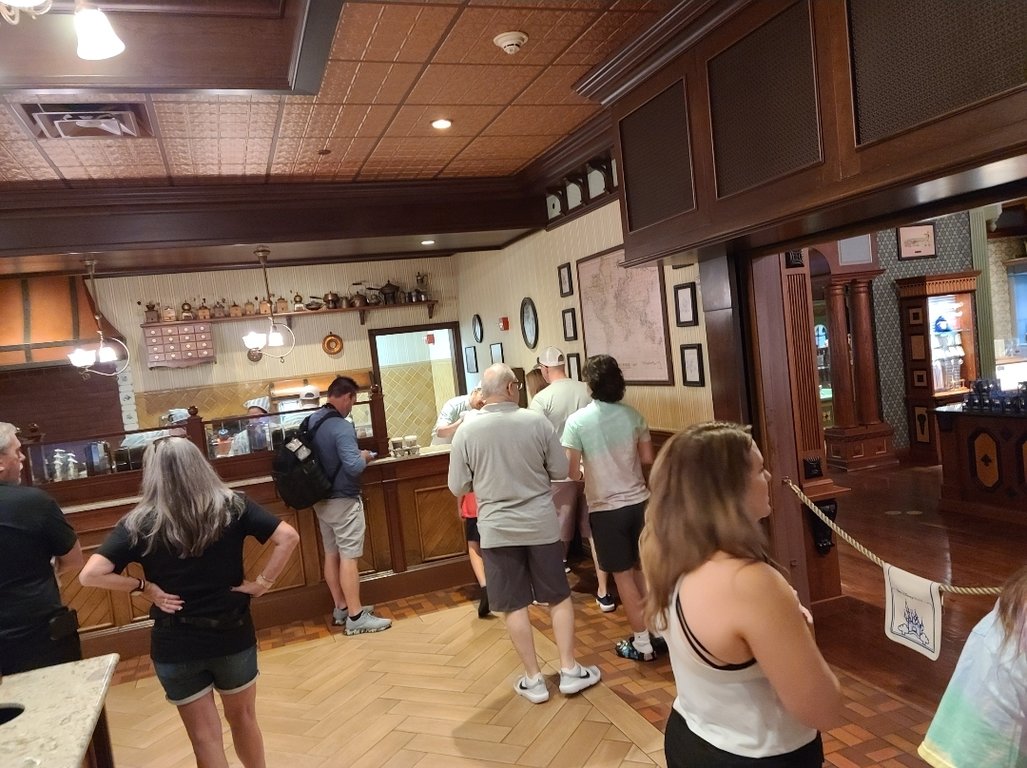 Yes, it was Starbucks. Above are all the people that ordered after we did, yet they feel that standing right in front of the pick up area will speed things up.

Here's my super cool napkin they gave me with my drink. After the girl handed it to me and we saw it, I said to C, "she wants me". She did not laugh. 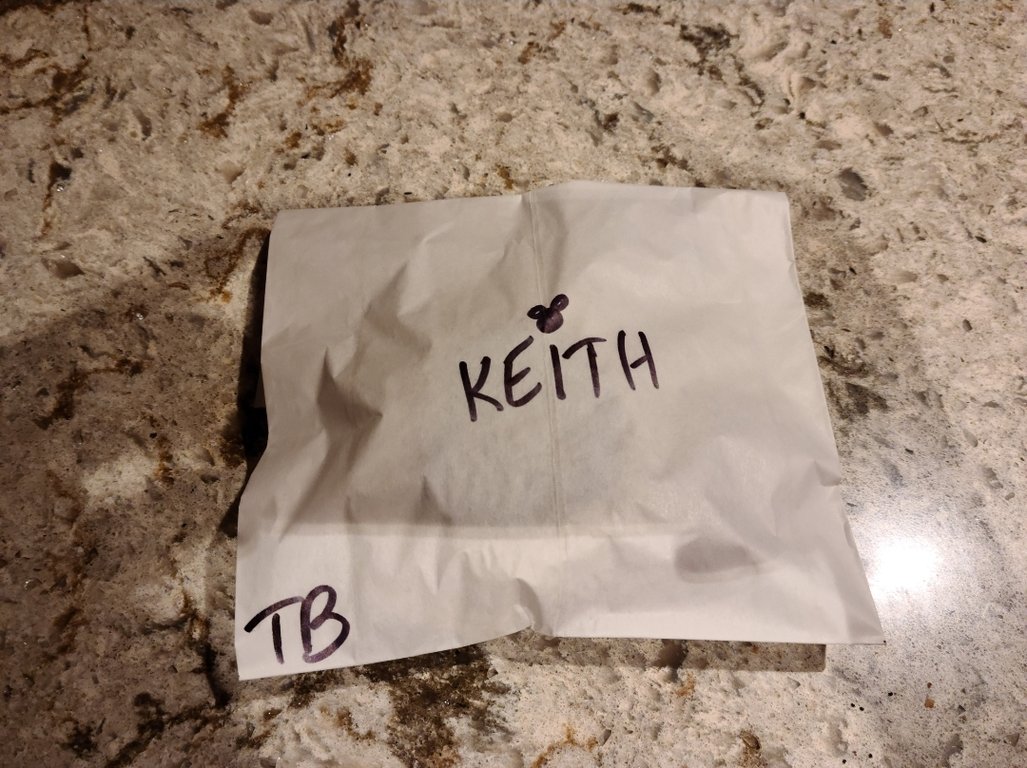 I grew up in a family of coffee shop workers. We did what was necessary to put 2 square meals on the table. I know what it's like.

wdisney9000 said:
We probly would've stayed longer but a guy sat down behind us amd wouldn't shut up with his bragging to the poor couple sitting next to him. He went on and in about how they live in California and visit Disneyland all the time amd how much better it is than Disney World blah blah blah. And no shade against Disneyland, but the guy wouldn't shut up.
Click to expand...

Some Disneyland people can be quite annoying. Like they own the park instead of a bajillion dollar corporation that refers to them as “undesirable” guests.