LSLS said:
I'm with you on that, I'm not a huge fan either.
Click to expand...

Animaniac93-98 said:
She seamed to be among the most hated MCU characters thanks to the Thor movies (consensus was she was annoying and didn't add anything to the story), but now everyone likes her?

I didn't hate her in this, but I feel like public opinion has made a 180 on Darcy.
Click to expand...

I actually enjoyed the first Thor movie, but thought her dialogue didn’t really fit the film. Jane was already the audience stand in, so we didn’t really need another. On the flip side, it at least gave us enough dialogue for that film to pass the Bechdel Test.

Premium Member
Original Poster
Worth it for the analysis..

Premium Member
The story of WandaVision‘s main character, Wanda Maximoff, a.k.a. the Scarlet Witch (played by Elizabeth Olsen), is set to continue in 2022’s Dr. Strange and the Multiverse of Madness, but the two projects were almost linked much more directly. As Marvel Studios president Kevin Feige reveals in Rolling Stone‘s upcoming, extensive oral history of WandaVision, Marvel struck a deal with Benedict Cumberbatch to appear in the final episode of the show as Dr. Strange. But late in the process, they wrote him out.

“Some people might say, ‘Oh, it would’ve been so cool to see Dr. Strange,’” says Feige. “But it would have taken away from Wanda, which is what we didn’t want to do. We didn’t want the end of the show to be commoditized to go to the next movie — here’s the white guy, ‘Let me show you how power works.’” That meant the Dr. Strange movie, too, had to be rewritten. In the end, Feige says, Marvel’s process is “a wonderful combination of very dedicated coordination, and chaos. Chaos magic.” At one point, back when Dr. Strange was supposed to be part of the story, the in-universe commercials were going to be messages from Strange to Wanda, and there was also talk of having Cumberbatch appear in one of the ads, head writer Jac Schaeffer says."

Meanwhile, Elizabeth Olsen is pushing back on criticism that Wanda got off too easy by flying away without punishment after she forced an entire town of people into her sitcom fantasy world. “She had to get away before the people who have to hold her accountable got there,” she says. “And where she went is a place that no one could find her. Because she knows that she is going to be held accountable, and I think she has a tremendous amount of guilt.” 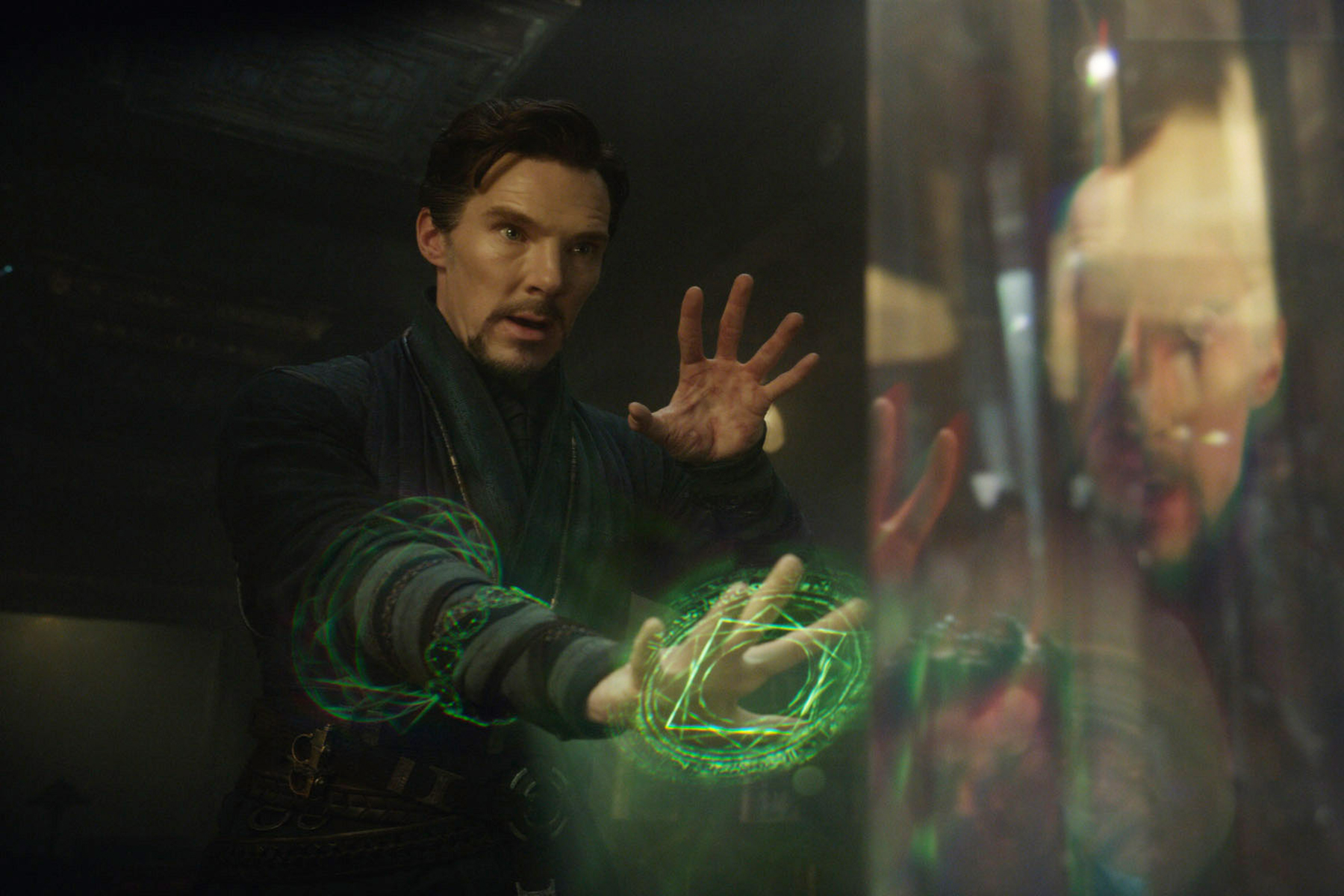 I would have loved to see how they would have worked Dr. Strange into the commercials. However I get why they decided to keep him out until his movie.

I guess that explains why the commercials never really got a complete resolution, though I do like the implication that the commercials were a bit of Wanda's trauma being compartmentalized into a bite-sized, painless ad break. Totally agree with the decision to leave Dr. Strange out of it (assuming he had a bigger role to play as it seems to suggest), but I wouldn't have minded seeing him in the post credits.

The Sorcerers Aprentice said:
I would have loved to see how they would have worked Dr. Strange into the commercials. However I get why they decided to keep him out until his movie.
Click to expand...

I think it was supposed to be that he was just causing them to happen to 'awaken' Wanda while he stayed out of them.

But, it turned out that Wanda was already pretty woke when she left the hex to confront SWORD. Well, mostly woke, a lot of things was still hazy for her. And Agatha was interfering.