My daughter convinced me to jump back into the TR game.

She says this is going to be an epic trip, and I must agree.

It is the first time the family 4 pack is back together in almost three years (wooHOO)!

It's going to be our longest WDW/Uni Vacation ever (almost thirteen full days)!

Even more exciting?? We’ve got a couple of new (newbees) players in the game AND my daughter said she would help me along with the TR, so how can I not??

What I will be submitting for your approval is a


A regular old trip report seems like it MIGHT be too much work, but we will see.

Let’s start with this PTR and see where it takes us.


We are less than 2 weeks away from our “Epic Trip” so I probably shouldn’t waste anymore time.

Shookie, Mrs. Shookie, Son, Daughter...and their other halves!
We've always been park commandos, squeeze every little bit out of our vacation type family, so this will be a true test for our kid's other halves. I should probably warn them...but what fun would that be?

The pressure is on.

Anyway - here we are: 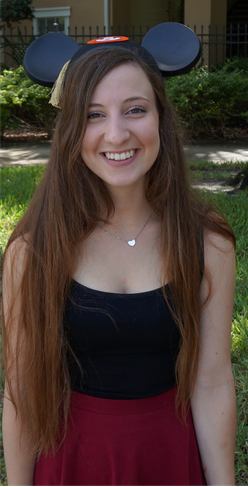 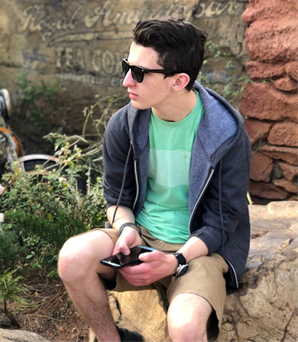 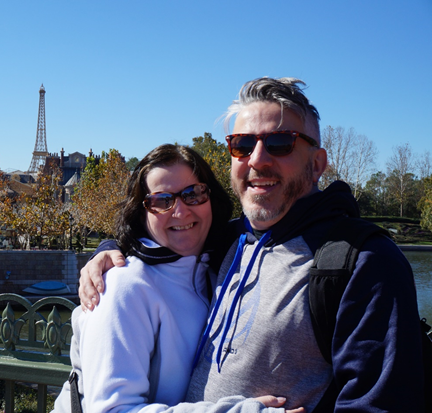 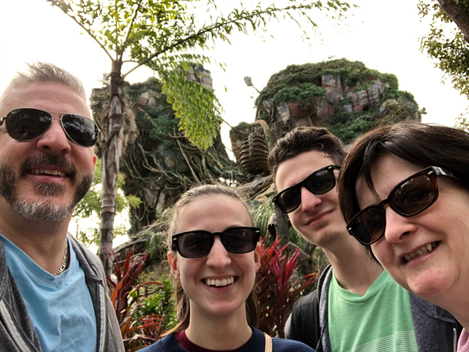 And introducing our two new players: 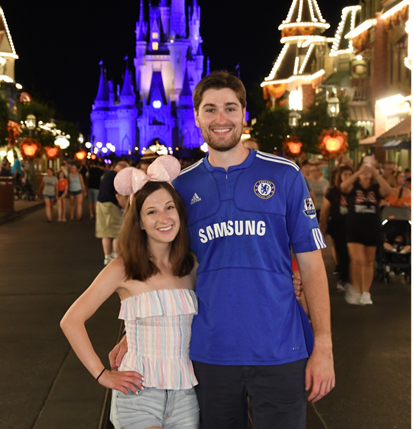 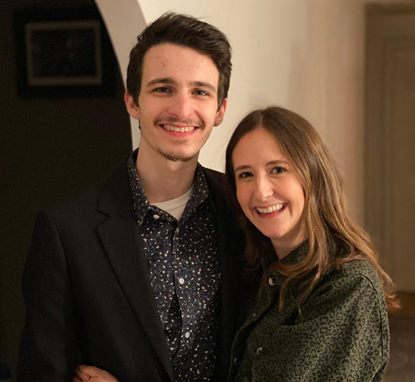 Both Chris and Jill have been to WDW when they were young, minus a quick 4 day trip Avery and Chris took in August 2019 (That picture above is from that trip) anyway they're basically WDW newbs. Well as newb as you can be living in this household. These kids have been subjected to all things WDW since the day they started dating our kids.

Here is someone that is part of our immediate family that won’t be making trip with us. 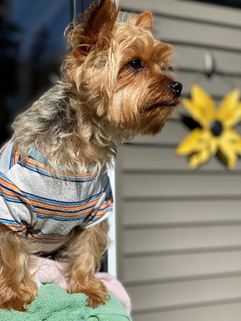 I think he may have sensed he was NOT going to be part of this trip because yesterday he decided to take a little trip of his own.

First let me just let you in on something. My wife worries about that dog like you would not believe. She worries about EVERYTHING with him. What he eats, what he doesn’t eat, is he sleeping ok, Is he hot is he cold, is his fur too short, too long, did he have bowel movement? It drives the household crazy.

Chewie and I usually cruise around our neighborhood or out to get gas right down the street. He’s just starting to get used to the car and honestly beside tug of war with his rope toys, these rides are part of how we bond.

I will keep the window down and he’ll occasionally pop his head out. But usually just sits on my lap. Well yesterday I was pulling up to our house after our trip and I saw my neighbor.
So I waved hello, well apparently Chewie wanted to say “hi” too, so he jumped out the window of our CRV.

Yup. You read correctly he jumped out of a moving vehicle. He tried to land on his feet, but from that height with the car moving it kind of turned into a barrel roll/chest plant sort thing…I don’t know how he’s alive or how in the world he doesn’t have any broken bones, I just don’t know.

He did get the wind knocked out of him, but THAT’S IT. He got up and tried walking up the sidewalk to our house, but I tentatively picked him up waiting for him to yelp because his ribs were shattered or maybe his leg would be hanging there limp, I don't know, but there was nothing wrong with the dog. I don’t get it.

I am grateful as heck but I just don’t get it. My neighbor sat there with her mouth agape. We both couldn’t believe what happened.

Yikes - I would NEVER have forgiven myself. My wife would have never forgiven me that's for sure.
This PTR would have been titled "Shookie's Solo Trip to the Doghouse, and Other Tales of Woe"

Did I mention I am grateful? Wow.

Sorry, I digress……back to my PTR.

A couple of quick notes. I've always been the trip planner, my daughter has since started helping me out and she's pretty darn good at it too. Well the two of us had booked this trip last May then rebooked for July, then rebooked again...at some point we had made reservations at Savi's Workshop.

I say "at some point" because we BOTH thought we had it booked for this time around...Well that wasn't the case.
It slipped out minds...and we realized the other day that we missed out. We'll keep trying and see what happens, but like my daughter's boyfriend, Chris said,

"If we can't get in this trip, it will give us an excuse to go next year" << The kid is learning!

I will be spending the next few days getting everything in order here at home. Believe it or not, I am fully packed.

To answer your question: Yes there is something wrong with me.

Speaking of packing. My last PTR was in 2016. At the time I included this pick of my brand-new luggage 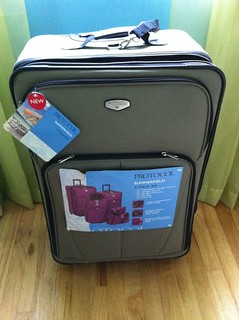 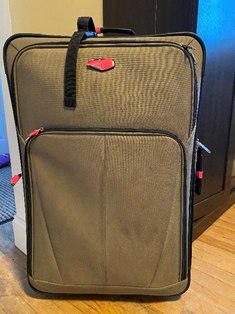 I probably should post a side-by-side pick of me then and now too…hahahaha
I'll tell you what: that beat up luggage has fared a lot better than I have.

I will add anything I think of between now and then, but I should probably just leave you all alone for now because LTR is coming next. And you're going to be seeing plenty of us in 11, 10, 9, 8……

Well this is exciting! Looks like you have a great trip planned out!

Premium Member
Awesome! That's one tough pooch, which for your sake is a very good thing!

Plans look great Enzo and I'm looking forward to following your adventures. I haven't gotten to the point of kid's boyfriend/girlfriends tagging along but I know I'm close.

4th in!! So excited to read your live report!! I am so glad Chewie is ok!! It seems like this is going to be a great adventure!

Poor Chewbacca! I wonder if he's sore after his adventurous leap yesterday! Did you get him checked at a vet just in case? What did your wife say when you got home?

Following along! Royal Pacific is such an amazing hotel, and the express pass that comes with it is a game changer!!

Can't wait to follow along! I'm curious to hear your thoughts on Royal Pacific, as we always stay at Hard Rock. This year we are staying in a 2 bedroom volcano view suite at Cabana Bay because we are only visiting Volcano Bay and we are all excited to see that room! Hope you have a great trip!!

Following along. We stayed at Royal Pacific in November and loved the location.

Glad Chewie is ok!! I have a 1 year old Lab who I am pretty sure would jump out of a moving car so I always keep my windows shut.
Last edited: Apr 22, 2021

As for the Royal Pacific...their pool side nachos are amazing! (If they still have them. It has been awhile

Loco_driver said:
Well this is exciting! Looks like you have a great trip planned out!
Click to expand...

Thanks! We usually have things pretty planned out, but you know what they say about best laid plans and all.

We've been doing this long enough to know that there is sometimes a surprise or two. Either way, you all should have a front row seat..

fractal said:
Awesome! That's one tough pooch, which for your sake is a very good thing!

Plans look great Enzo and I'm looking forward to following your adventures. I haven't gotten to the point of kid's boyfriend/girlfriends tagging along but I know I'm close.
Click to expand...

I am telling you, it wasn't long before the relief I felt for his well being was followed by a surge of relief for my well being. Phew.
Apparently all the gods, luck and power that control the universe wanted me to complete this trip report so I better make this a good one.

When COVID first struck, Chris and Jill had already been dating our kids for long enough were it's actually serious and they made the decision to stick it out with us at Shookie's Bed and Breakfast instead of staying at their respective homes. They've been sort of "live in" family members since then.

We don't reside in a mansion so we've learned that we're pretty compatible living in close quarters. They're both good kids and we've become close so I am looking forward to really 'showing them around' WDW.
Last edited: Apr 22, 2021

Songbird76 said:
Poor Chewbacca! I wonder if he's sore after his adventurous leap yesterday! Did you get him checked at a vet just in case? What did your wife say when you got home?

Following along! Royal Pacific is such an amazing hotel, and the express pass that comes with it is a game changer!!
Click to expand...

We have a good relationship with our vet so naturally Tina called him when she got home.

He told us where to squeeze, what to check and what to keep an eye out for, and he said if we noticed anything we could bring him right down and he would take a look.

Amazingly he has shown ZERO ill effects. Nothing.

Eating whatever he can get his paws on, barking (way too much as usual) jumping (not of windows) stealing socks...all typical Chewie chaos is as it always has been, and we're all extremely thankful for it. No one more than me.

I'm so ready for this!! After reading about the dog (where I had my breath held until you said Chewie was fine) I need a drink. The trip sounds like a TON of fun and I can't wait to tag along!

TheMouseFan said:
Can't wait to follow along! I'm curious to hear your thoughts on Royal Pacific, as we always stay at Hard Rock. This year we are staying in a 2 bedroom volcano view suite at Cabana Bay because we are only visiting Volcano Bay and we are all excited to see that room! Hope you have a great trip!!
Click to expand...

We stayed at both the HR and RP before. As you may know they're both similar as far as amenities and distance from the parks (US and IOA) respectively.

With that being said, as much as Pace and I loved 'renting' a guitar and having it in room to jam on at night at HR, the overall vibe of RP has it beat by a hair.

Either way, I am grateful to be able to do it, have the convenience of that proximity to the parks and of course to have that mighty Express Pass.

Premium Member
Looks like an awesome trip is planned! Following along!

As for the Royal Pacific...their pool side nachos are amazing! (If they still have them. It has been awhile

I am not much for GIFs but I have to say, this one is oddly accurate and made me LOL.

Sounds like a lot of fun to be had. I'm along for the adventure too.