News Reflections of Earth confirmed to be replaced by Harmonious

Notes from Neverland said:
As always, fantastic work from @marni1971.
Click to expand...

I wish Marni was in charge of fixing Epcot instead of Chapek.

Premium Member
Advertisement
Great final video @marni1971 . The globe video overlay is a nice touch to addressing the challenge of seeing the bright screnes. I do wish the plot line could have been better coneyed to guests in another medium...probably would have made people appreciate the story even more. Wish disneynhad promoted that more in its supporting materials and promos.

Ok, I have now watched 2 streams/replays and was there opening night to see it live. Now I am starting to figure out some of the (at least my) reactions to the Epcot Forever.

Opening night I and a group watched it from VIP area in front of Italy. The two streams where the Official Disney one and one from the DIS. The finding I have is it really comes down to audio. In person and watching DIS video the notation was very hard to understand for me. The kid's voice was difficult and took effort to listen to and the same was true with Walt's voice. The Disney video took audio directly, not from park speakers, and was crystal clear to hear. I found that video to be far more enjoyable to watch than seeing the show in person or the DIS video.

Don't get me wrong I still am going to see it again in 2 weeks to confirm my thoughts on this, but I think it really comes down to a full multi media experience. In the park you lost a lot of the audio so it made it feel more disjointed and took more effort to take in than it was where in Disney's live stream where you had a rich audio experience. In person it became a chore to listen to and follow along, while on the Disney stream it was not.

I still also strongly dislike the "A Whole New World" ending, it has made me fearful of the next show, and the kid's introduction/15/10/5 minute reminders I still find difficult to accept as a transition from the deep and more powerful Illuminations versions. I know it is more of a whimsical show than the deep Illuminations story line but it still a harsh transition from one day to the next.
B

It’s amazing what can be created with symbolism and imagination. Compare and contrast to the too “on the nose” trend of IP projection.

@marni1971 You have no right to make me cry again. Your little personal touch at the end got to me. Thank you for the amazing video!
W

Fantastic video, superbly edited. Appreciate the images on the globe displayed, the explanation of the story, and the lack of crowd noise. The whole thing just fit WS perfectly. The pre and post show music was awesome too. Epcot Forever I feel like I'm leaving a night at Six Flags...

That's, in my opinion, a tad extreme to say.

Premium Member
check out this photo from bioreconstruct 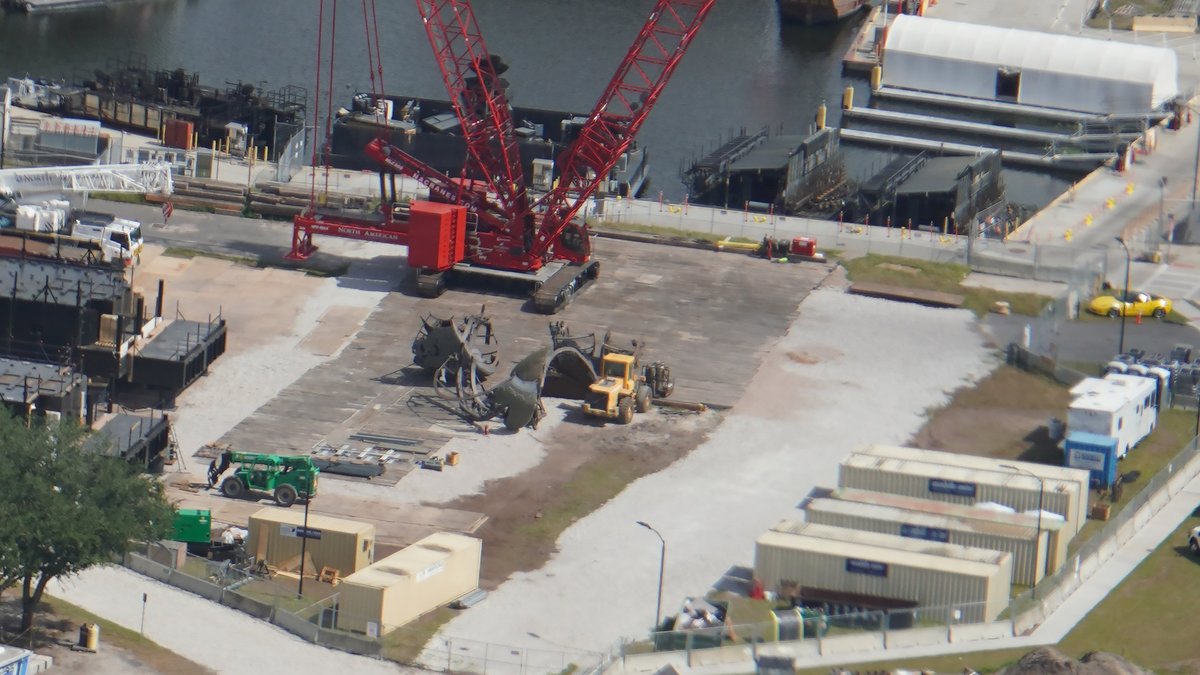 flynnibus said:
check out this photo from bioreconstruct

Wow I didnt think I'd be upset about a show piece being sliced apart but man, that's a hard picture to see

I’m wondering if the tepid (at best) reaction to Epcot Forever puts a quicker timeframe on HamoniUS being launched?
J

I could see EF being extended if most of the public wants an Epcot thing on WSL(Not that Epcot was in the Reg IllumiNations brand from 1988-2019) with a little IP at the end.

I'm torn with Harm. As much as we don't want it on WSL, With Remy coming, Poppins, GOTG, Frozen already in Norway, The love for the Muppets in LS(is it an IP? IDK) should we start getting used to it? I guess my point is I'm not seeing the hate for Remy, Poppins, GOTG.....

Anyone seeing long lines ad Guest services afteer EF? Could reviews be that bad to rush Harm? We all know what happened to ROL and I don't think it was rushing to open...
L

Jim and I have at least three sources who say it’s going to run for a year. Things can change, but that’s the current plan.

lentesta said:
Jim and I have at least three sources who say it’s going to run for a year. Things can change, but that’s the current plan.
Click to expand...

I'd say anything less than 9 months would be a surprise.

lentesta said:
Jim and I have at least three sources who say it’s going to run for a year. Things can change, but that’s the current plan.
Click to expand...

I thought to myself when the press said we'd have until the "Summer of 2019" to see ROE that I could still make it in September and see the show. Turned out to be a good hunch.

October 1 is a popular cutover date for attractions in EPCOT. I, too see EF lasting until the end of next September at least. It also depends how quickly the HarmUS barges get built. Two out of four isn't bad already, guess the hardware will be ready this winter into next Spring, and they'd have to test it over the summer.

The tepid reaction is the whole point. Lowering expectations. The title of this thread is wrong. RoE is being replaced by Epcot forever. EF is being replaced by HarmonioUS. You see, if the new show is mediocre, reception is much improved if we have to live through a year of a terrible show. Going back to the days when a good show was replaced by another good show every couple of years is a lot of work. You need to lay some groundwork in case the new show is meh. Plus, I'm sure many were surprised to find out that there was no RoE movie or Illuminations TV show for such a popular thing. 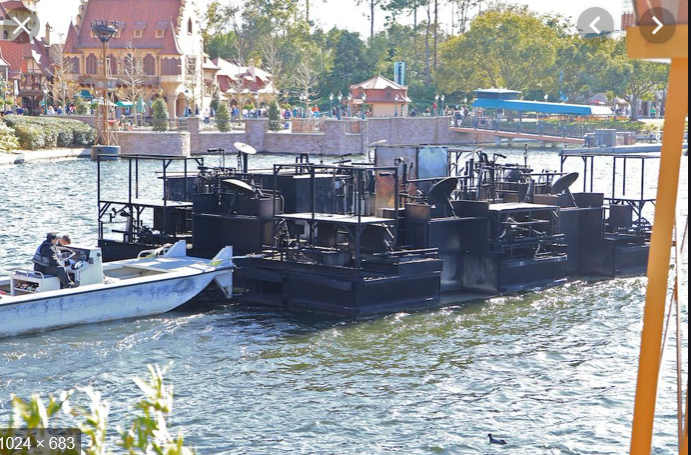 I wonder why there was such a rush to destroy the earth barge. Did they need the backstage space, was the barge an insurance liability due to the high hazard of the mechanism, or was it done so the show could never be performed again?

Derrit said:
Honestly they should of put at least the framework of the globe as a statue in front the entrance of Epcot or some where on property
Click to expand... 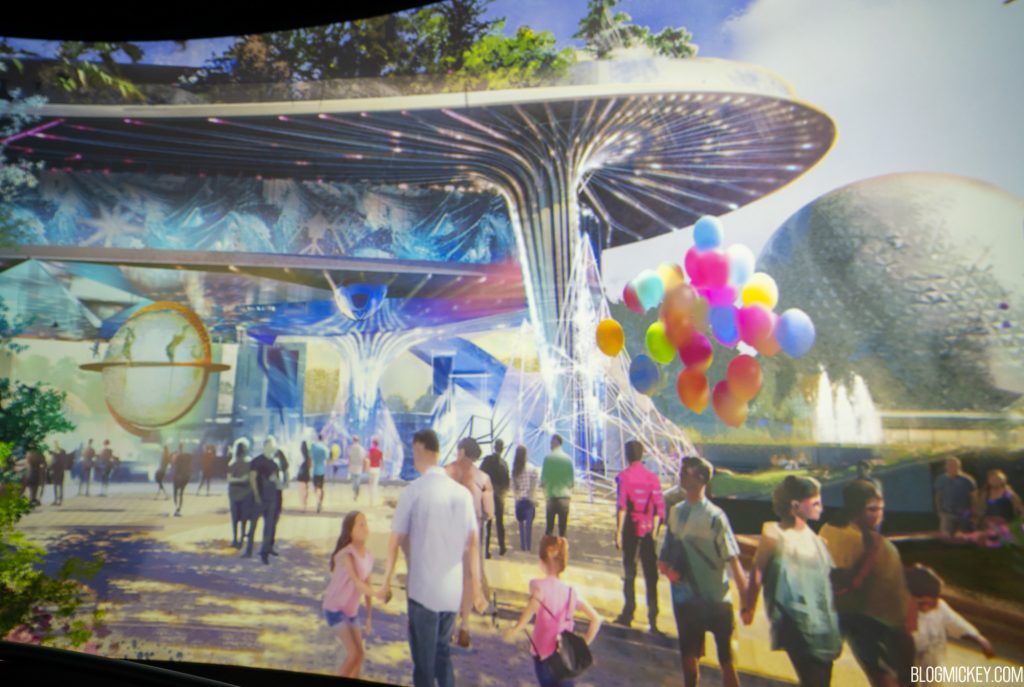 Daily, live, acrobatic entertainment isn't going to last forever with the current management so might as well can it now and use the ROE globe in place of that thing. You could even upgrade the screens to play Frozen or whatever the heck is going on in that picture.

However, it could be a dynamic space that requires easy switch out of entertainment acts: 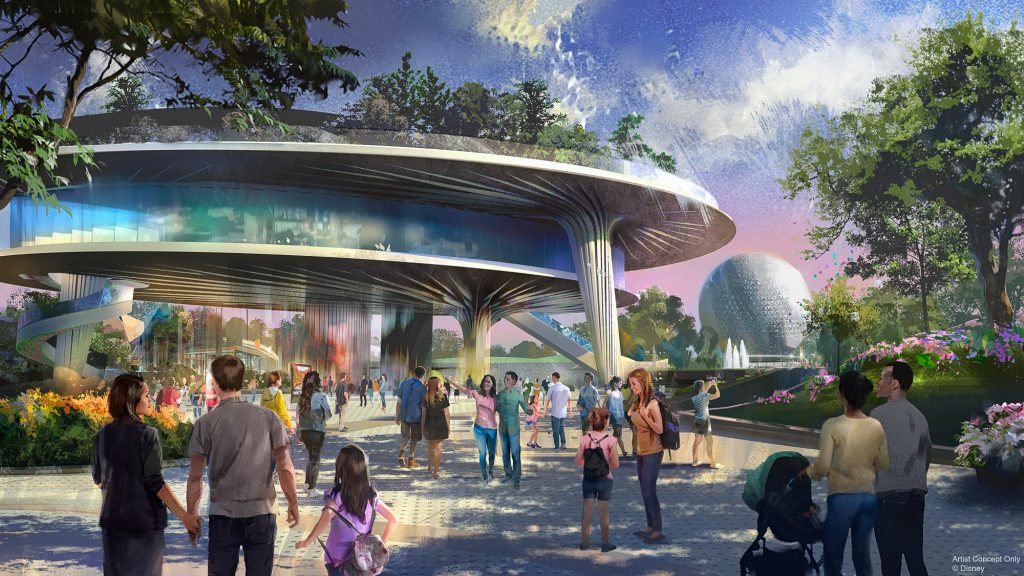 But then again, the shape of the building is different between the art so who knows what we're getting until it actually opens.
You must log in or register to reply here.

News IAAPA Expo 2020 in Orlando cancelled due to COVID-19