News Reflections of Earth confirmed to be replaced by Harmonious

Premium Member
Their PR seems to focus on it being a second demonstration of their livestreaming capabilities (the first being the Oscar nominations).

The live event from Disney Branded Television celebrates the power of music with a medley of classic Disney music reinterpreted by a culturally diverse group of 240 artists from all around the world, all performed by a live orchestra and ensemble of international vocalists.

So there will be a live orchestra for this stream? Too bad Gavin couldn't get his way when RoE was ending. He was trying to push Disney into letting him conduct a live performance for one of, if not the last showing.

Communicora said:
Their PR seems to focus on it being a second demonstration of their livestreaming capabilities (the first being the Oscar nominations).
Click to expand...

I mean if they're using this as a way of load testing their live-streaming capabilities...this is probably not the best test.

Do you think it would be too suspicious if they just had a QR code or link to www.disneyworld.com/book ?

monothingie said:
Do you think it would be too suspicious if they just had a QR code or link to www.disneyworld.com/book ?
Click to expand...

Is there a way to get close to the stage without an invite? Im here now and would love to really hear the orchestra!
W

bhg469 said:
Am I wrong or is this the first Live event on Disney+ ? That is something I didn't expect from the platform and it gives me hope that more live events will happen eventually.. If Disney was smart they would put a bunch of vloggers out of jobs and just do their own strolls in the parks all day.
Click to expand...

Dancing With The Stars is moving to Disney+ to be the same way.

Is it jus time or does this live version sound better than the regular? There’s emotion in this.

Lands of Wonder said:
Is it jus time or does this live version sound better than the regular? There’s emotion in this.
Click to expand...

Anyways...
They're barely showing the show. This is hilarious.

I’ve got to say…while this may not be my favorite nighttime show at WDW. Not by a long shot, this way of seeing it live-streamed with all live performances is pretty cool.

It does kinda highlight one of my major problems with this show though, how it jumps between scenes at a breakneck pace.

Anyways...
They're barely showing the show. This is hilarious.
Click to expand...

I say they just use this audio with Idena being the new voiceover. I bet their audio sucks on plus to like opening night. I’m watching it on resort TV1 and there killing it with their stream. So glad I didn’t tho thru with Disney Plus

That is horrific
J

That sounded much better to me for some reason
Last edited: Jun 22, 2022

I am biased, I know, but I thought that was pretty incredible - well done by the whole production team 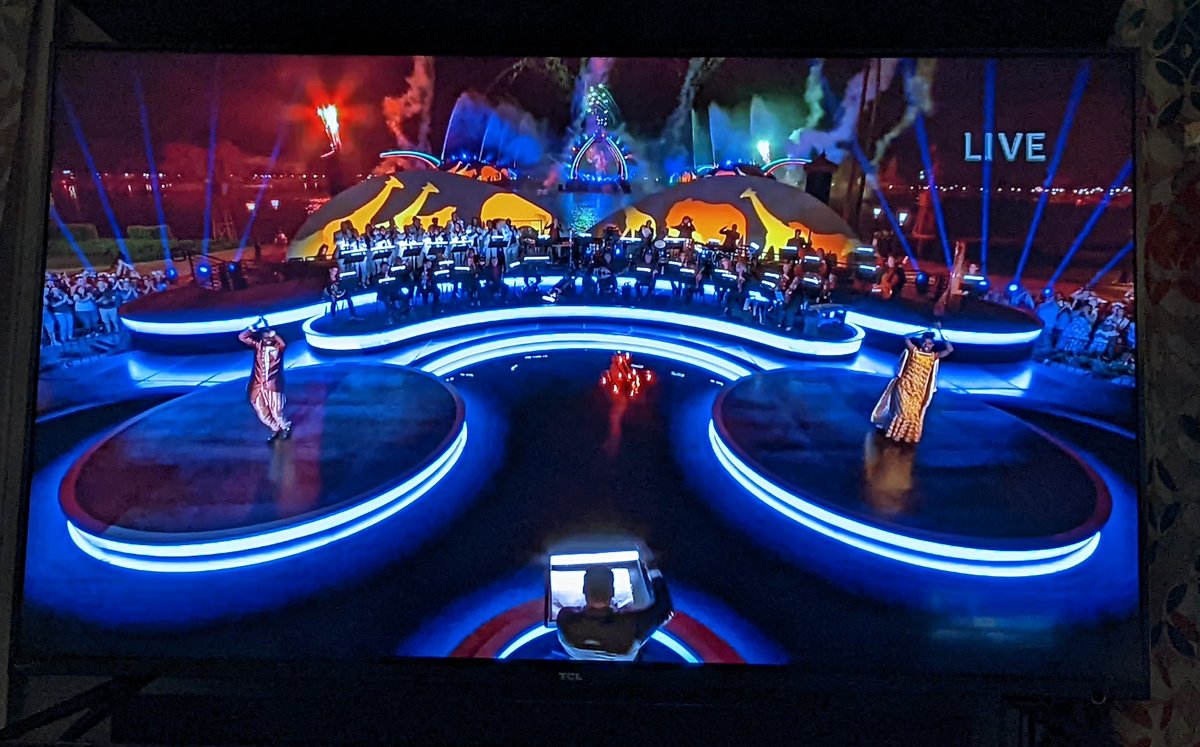 This livestream was the first time I think I really understood what they were going for with the show. The effect of the orchestra and singers alongside the show was actually quite spectacular. Still don't like the show on its own (and in fact I think it says a lot that the show itself receded into the background for its own special), but I appreciate the music more.

The special felt like a big-budget DisneyParks livestream—apart from Idina and Auli'i, it seems like most of the singers were lip syncing to prerecorded tracks, which was a bit of a shame (but I get it logistically).

Good proof of concept that they can handle higher production livestreams ahead of DWTS' move in the fall.

I'm curious how/why. I have never seen it, so I always thought the complaints were overblown. I was wrong.

I absolutely hated that. Too fast between songs. Too short of clips. All IP. No throughline other than to tell us that music is good and can make you feel things instead of actually letting the music let us feel things. Crappy pyro. Bad scenes. Unbelievable they ruined the lagoons with tacos for that.

Holy cow was that not just underwhelming, but actively awful.

I hope they release the audio for this on iTunes.

Premium Member
I think if this were a concert more like tonight I'd like it more. This showed me exactly what I dislike about the show and it being in Epcot though. Nice show, but better without the barges and stuff.
R

I was not it impressed by it. showing the performers is great when doing a BTS thing, but not when it overshadows the actual show. This wasn’t to be a ‘performances of harmonious‘ viewing, this was supposed to be Harmonious. They showed maybe 20% of the actual show. If the show can’t stand on its own without this major focus on the performances….maybe it’s time to admit ya done screwed up?

Idina‘s enthusiasm was great and I could listen to Auli’i read the phone book, but to put the actual singing voices of the characters on the sidelines was baffling.
Last edited: Jun 21, 2022

monothingie said:
But honestly, this is the best that they could come up with?

I mean this PR resuscitation effort for Harmonious! is so half-baked they couldn't even convince their own executives to run it on Disney owned ABC?
Click to expand...