"Tom Brady has now won more playoff games (28) than any other quarterback has ever played (Peyton Manning, 27)." -CBSSports

Original Poster
Well I went 3-1 this week. Better than last week. Here are my newest predictions:

PUSH said:
Well I went 3-1 this week. Better than last week. Here are my newest predictions:

I’m going the complete opposite with LA beating NE in the big game.

NYwdwfan said:
I’m going the complete opposite with LA beating NE in the big game.
Click to expand...

I made both scores close because I have absolutely no idea.

PUSH said:
I made both scores close because I have absolutely no idea.
Click to expand...

The Rams looked impressive in their recent win. Yet it could go either way. I have nothing helpful to contribute for the AFC Championship.

OneofThree said:
"Tom Brady has now won more playoff games (28) than any other quarterback has ever played (Peyton Manning, 27)." -CBSSports
Click to expand...

Love me some Stephen A.

It is rare that the Patriots are the underdogs for a long time. But want to see the Chiefs in the Super Bowl. Long time coming.

Sorry if this has been mentioned...Saban and Belichick have never won titles in the same year....

Dad 2 M & M said:
Sorry if this has been mentioned...Saban and Belichick have never won titles in the same year....
Click to expand...

Not enough "dark side" energy available for both in a given year.

I thought as I first checked this forum after 7pm there would already be some posts about how outrageous it was that the Rams player was all over the Saints receiver and there was no call! Unbelievable!
Although I predicted the Rams would beat the Saints, that was unimportant to me once the Saints were robbed by the officials.
Now the Rams get to go to the Super Bowl with much of the nation rolling their eyes and thinking about the non call.
Last edited: Jan 20, 2019

saints fan here. i hate to use it as an excuse, but the refs blew that game for them on the no call.
as a team, u don’t focus on it & try to find another way to win the game, but that cost them dearly. good luck to the rams in 2 weeks 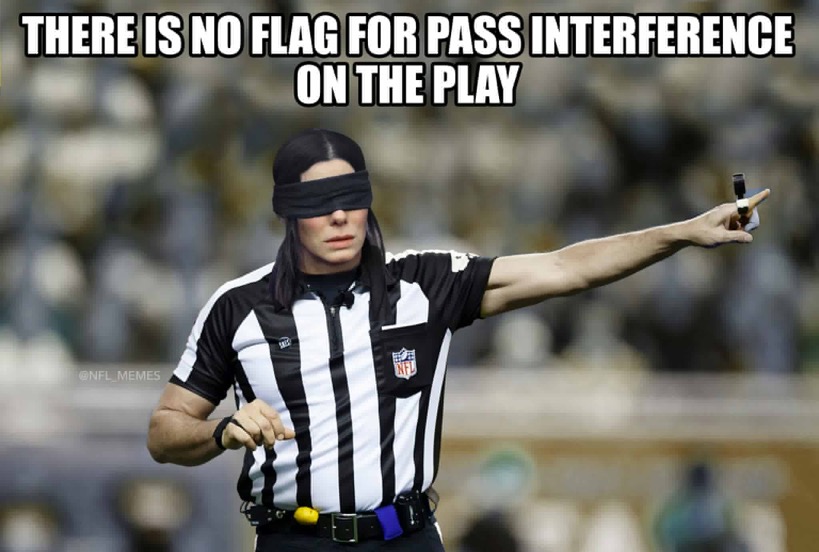 i’m sure saints fans will agree

It’s always telling when the guy who commits the “non-foul” gets up and looks around for the flags.

Original Poster
I wonder if the Patriots would have won without the refs. Every close call went their way. A couple of "questionable" penalties in the 4th quarter.

Tom Brady played poorly. He threw 2 picks, overthrew plenty of receivers, and he should have had the game sealing INT if it wasn't for a stupid mistake by Dee Ford lining up in the neutral zone. Not once did I see his stat line in an overall picture. I only saw bits and pieces of it. Really, he has not been the fire in this team this season. Their running backs have.

I was really hoping KC would win. Because it gets so tiring seeing the same team in the Super Bowl every year. Honestly, it's boring. I hate rooting against a team. A Rams/Chiefs Super Bowl would have been awesome because I wouldn't care which team won. Neither has been to the game in years. It would have been refreshing and something new. Instead we get the exact same storylines for the next two weeks, everyone will be cheering against a team, and it's not just a fun game to watch. My level of excitement is way down. Had it been the Chiefs, it would have been the most excited I've been for a Super Bowl since the Packers were in it during the 2010 season.

This is really not cool:

i’ll admit that i don’t like brady & the patriots, but if that video is true...that’s not cool. hopefully they find who’s responsible & take the proper action.

mf1972 said:
i’ll admit that i don’t like brady & the patriots, but if that video is true...that’s not cool. hopefully they find who’s responsible & take the proper action.
Click to expand...

I'm a Jets fan so my feelings on Belichick and by extension Brady & the Pats is self-explanatory but there is no excuse for this type of unsportsmanlike and dangerous behavior by a fan. It should absolutely be prosecuted.