Original Poster
Which hotel do you prefer? 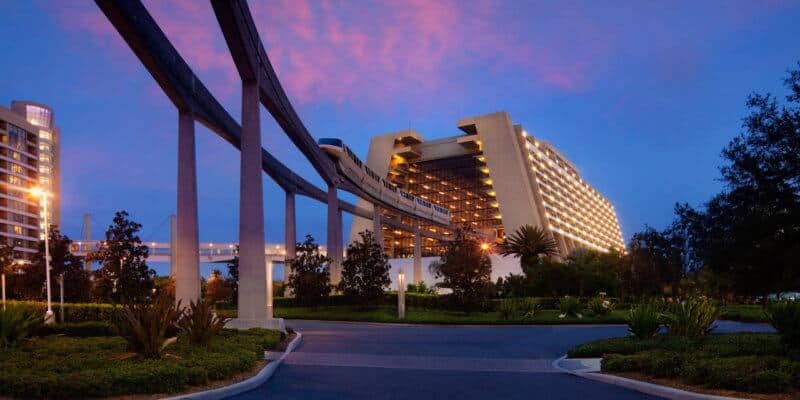 In some ways GF is nicer, in other ways CR is a little better. A big plus of CR used to be the walkway to MK, and it is still shorter, but now there's a walkway from GF. A plus of GF used to be the live band. GF still has the pianist, and he's fabulous, but the loss of the band is huge. It really takes away a big part of what made GF feel special.

A plus of CR is the nightly water parade, though some might not appreciate hearing it every night. Gf gets the water parade, but typically the view isn't quite as good. Er, at least the "Bay Lake view" side of CR has a great view. (as opposed to MK view rooms, they see water parade from a distance.)

A plus of GF is that, IMO, it has better dining. Then again, CR is just a quick monorail ride away, at least when the monorail is running. another plus of GF is that the GF's quick serve is open 24 hours, or at least it used to be. I'm not sure if it still is.

CR has a bit of a boring main pool, but a nice quiet pool. GF's is better. Though I'm not sure about closures. I think both pools will be down sometime soon-ish for rehabs.

A plus of CR used to be the boat to WL, but it was down for the pandemic. I'm not sure if it is back up.

The Grand Floridian (non-DVC) is dated and run down.
The Contemporary Main Tower has the Incredibles, which is the farthest thing from Incredible.
For the price you pay for both locations, choose the Four Seasons.

DisneyAndUniversalFan said:
Which hotel do you prefer?

Between these two, I would feel more at home with Contemporary. GF always has me feeling like my grandma was going to come around the corner and lecture me for not dressing appropriately.

Still love the vibe of the CR with the monorail running through it. The only thing I don't particularly care for is the pool, specifically the lack of any theming to it or any shade!

Stayed at GF many, many times until purchased DVC, (Wilderness Lodge). Really enjoyed it especially the quietness when one enters the main building and the quietness of the lobby. The peaceful atmosphere really launched a relaxed vacation. (Until you reached the parks). Great place to return to in the evening. Not to say Wilderness Lodge does not offer that - but can go directly to DVC facility and have the relaxed atmosphere. Did not find this at the other resorts.

Premium Member
For me wanting to be in the MK area it would be SOG, Poly, WL, CR then GF.

Contemporary. However, I'd like to stay at the Grand Floridian someday.
R

We’ve stayed at both. Liked them both, but we felt more comfortable staying at the Contemporary. They’re both nice and being on the Monorail and within walking distance were both winners. The one thing we did think was better at GF was the bussing. At CR, there’s no dedicated line for individual busses. So when one shows up, it’s a free for all!

Stayed at both over the years and my take if you want a monorail hotel: Stay at the Polynesian.

But if it just between those my pick is CR. Closer walk to MK and the monorail through the hotel is still cool to me.

If you don't want MK adjacent or monorail: Beach Club, Riviera are both superior properties especially with current prices.

The Grand Floridian is the better of the two. Dining, grounds, pools and rooms. Contemporary is okay and I haven’t done the incredible room yet but did stay in the garden wing just recently and the room was dirty and not maintained. The rooms at the Grand are dated as well but nowhere near as bad as they were at the Contemporary.

its a hard pick as they are 2 completely different hotels and vibes. i feel the service at GF is better and they have better restaurants and the bar is better. the new steak house in CR i hear is good but i hate sitting in a basement. Love the Cal Grill and the new tasting menu. Narcoses was always good but closing for refurb and the New Citricos looks nice and hopefully Victoria and Alberts opens again. Always had great memories at CF though. GF you can also walk to Poly for the restaurants over there, cant do that from CR but you can take the monorail but i like walking. Bottom line is all the monorail resorts are good.
M

I have stayed at the Contemporary many times and love it! My daughter loves WL.

For my upcoming trip with my daughter we are booked at the GF with the Disney+ discount making it $500./night. Never stayed here and actually never wanted to because of the price but my daughter wanted a monorail resort and this was the only one available with the sale.

Really looking forward to it now - it's in Sept. so we have some time to plan. We plan on doing MNSSHP and the convenience can't be beat!

I’m really a Yacht Club all day, any day kind of girl. Now that my kids are old enough to visit the parks on their own - it’s nice that they can walk to two parks from Yacht Club.
But if I need a MK resort, I’ll take the Contemporary. Love everything about the Grand - but so does everyone else!

. And it can feel a bit crowded even at the farther out buildings.

On a rainy day the CR wins hands down.

I haven't stayed at the CR, but it does look like fun with the monorail going through it. I have stayed in the Grand Floridian and this is coming from a kids point of view, I thought it was the best resort I stayed at in the 5 times I have been to WDW. I thought the grounds were really pretty and the pool was great. The lobby is so really pretty.

My opinion of the two used to be that I thought GF was much nicer, elegant, while CR was rather dull and unimpressive, Monorail going through, not withstanding. However, I was just there a couple of weeks ago. I didn't stay at either, but explored both. My opinion has rather shifted. I am surprised at how much I enjoyed the CR, but thought the GF was quite bland. However, I did LOVE the pianist and his little concert was one of the highlights of the trip.

GF is so beautiful with great dining options and I also love Enchanted Rose. I also love it at the holidays. I've never been a fan of Contemporary - it's an ugly resort. Obviously, they both have great locations and monorail though.
Share:
Facebook Twitter Reddit Pinterest Tumblr WhatsApp Email Share Link