What IP's do you feel are the strongest candidates for inclusion into Disney's theme park universe (or, which are the ones you'd just like to see)

Bob's Burgers (a QS - DS)
Some type of Kingsman presence in EPCOT
Planet of the Apes area (AK)
An Archer ride (DHS)
Ice Age show/attraction (MK - but I don't know what land it would fit into; or possibly DHS)

The return of Alien Encounter.

Thumbalina or Anastasia would be pretty cool for the princess side of things, even if just a meet n greet.
I would love to see them add digimon to fight universal's nintendo deal.

scud said:
Home Alone dark ride would be nice somewhere. Or maybe something small for Diary of a Wimpy Kid.
Click to expand...

Haunted Mansion Holiday: Beat the **** Out of Harry and Marv

Those redheaded step-IPs need to go to the attic.

TwilightZone said:
Thumbalina or Anastasia would be pretty cool for the princess side of things, even if just a meet n greet.
I would love to see them add digimon to fight universal's nintendo deal.
Click to expand...

Would love to see some merch (especially Jewelry) from Anastasia

A land dedicated to the Planet of the Apes franchise in DAK. I would love to see an ape ride a horse in person.

Those redheaded step-IPs need to go to the attic.
Click to expand...

This. A million times, THIS.

Premium Member
The fox deal has absolutely nothing to do with parks...

And roberts forced them to up their price. I think it’s a win for Comcast but time will tell.

Sound of music.... Germany pavilion... prob never happen though..Nazi’s in the world showcase might not be best.

Bar the occassional exception such as Avatar and maybe some of their Marvel stuff and the like, I don't think we're gonna see much in the way of Fox representation in the parks. Fox and most of their IPs just don't really gel well with Disney and it's clear that they're treating 20th Century Fox as largely a seperate thing from the rest of the Disney brand. Seeing as there doesn't seem to be much synergy between them and the rest of the Disney company.

Not everything owned by Disney is guaranteed to be represented in the parks. After all, Miramax (back when they owned them) and Touchstone barely got anything, same with ABC.
Last edited: Apr 21, 2021

gamblepsu said:
Sound of music.... Germany pavilion... prob never happen though..Nazi’s in the world showcase might not be best.
Click to expand...

Not to mention that SoM takes place in Austria

I love fox's movies...but sadly Dis will never put them into their theme parks
Never.

Look out Hans just fell from Nakatomi tower.
....oh the German guy you though was dead just popped out.

EPCOT Center already had a rip off of Fantastic Voyage 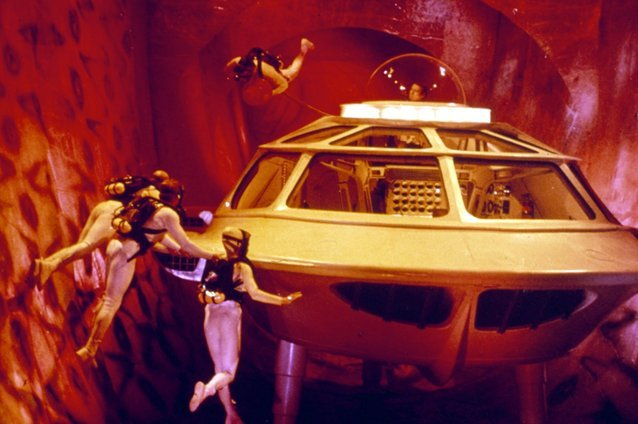 I feel like adding Ice Age would be a good move in Blizzard Beach Waterpark.

J4546 said:
I feel like adding Ice Age would be a good move in Blizzard Beach Waterpark.
Click to expand...

I'm going to be honest... I've never ever heard of anyone call ice age anything more than an "okay movie." It can't possibly sell nearly as much products as Disney's IPs.