Ugh, I can't get on board with any of these.

Original Poster
AMCFearfest has been announced for the 18th!

Fans of Inside and Livide should expect the gory best from Julien Maury and Alexandre Bustillo, the French filmmakers behind Leatherface, the upcoming prequel to Tobe Hooper’s 1974 The Texas Chain Saw Massacre.

The film centers around a violent teen who one day will become Leatherface. He escapes from a mental hospital with three other inmates (Sam Coleman, Sam Strike, James Bloor, Jessica Madsen), kidnaps a young nurse (played by Vanessa Grasse) and takes her on a road trip from hell. Along the way, they are pursued by an equally deranged lawman (Stephen Dorff) out for revenge.

Allocine has the first ever interview with Maury and Bustillo, who explain that the connection to Hooper’s classic slasher.

“In Leatherface, we’re actually more connected to the Tobe Hooper’s Texas Chain Saw Massacre,” they explain. “The main difference with The Texas Chainsaw Massacre: The Beginning is that we go back further in the character’s origins, telling a part of its teenage years.”

What’s most interesting is that they describe Leatherface as a road-trip horror film, which is insanely badass.

“Basically, we could define our movie as a naturalist, brutal and disillusioned road-movie, with a quite new narrative structure in The Texas Chain Saw Massacre universe…”

Leatherface is being produced by Christa Campbell and Lati Grobman (interview), alongside Carl Mazzocone after they successfully resurrected the franchise with the 2013 Texas Chainsaw 3D. Les Weldon is also a producer on the project, which is being executive produced by Millennium’s Avi Lerner, Trevor Short, Boaz Davidson, John Thompson, Mark Gill and Beth Bruckner O’Brien.
Click to expand...

Original Poster
So i went to Monster Mania yesterday. Didnt really get to meet anyone but i did shake Matthew Lilliard's hand while in line cause he said hello to EVERYONE. 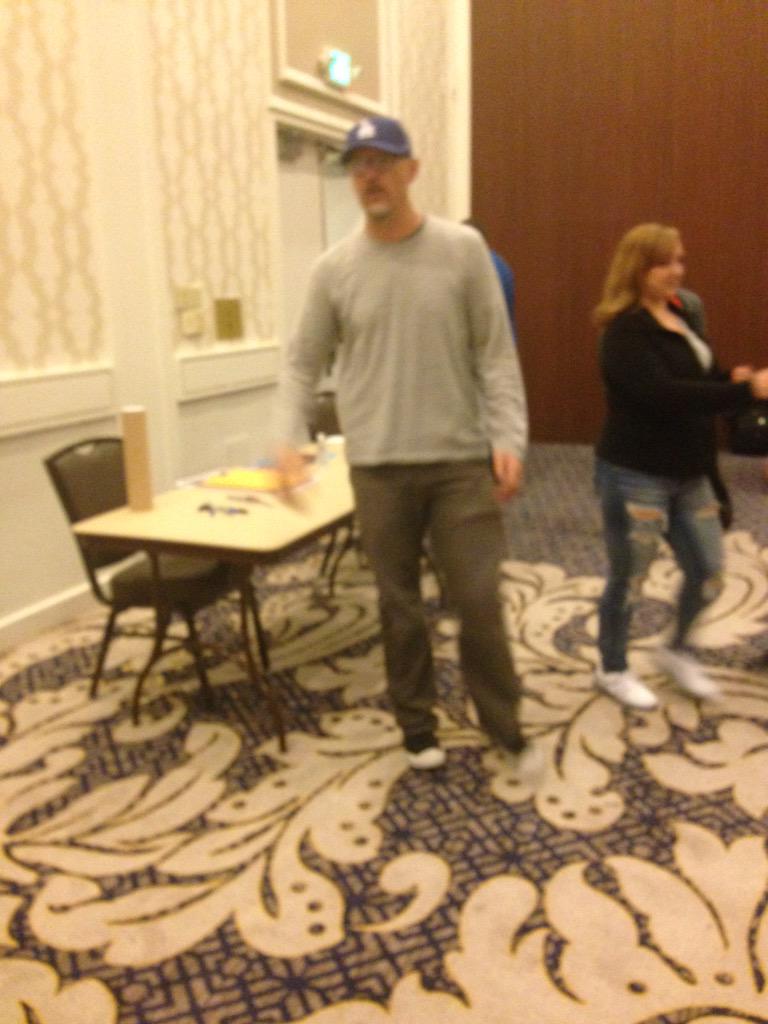 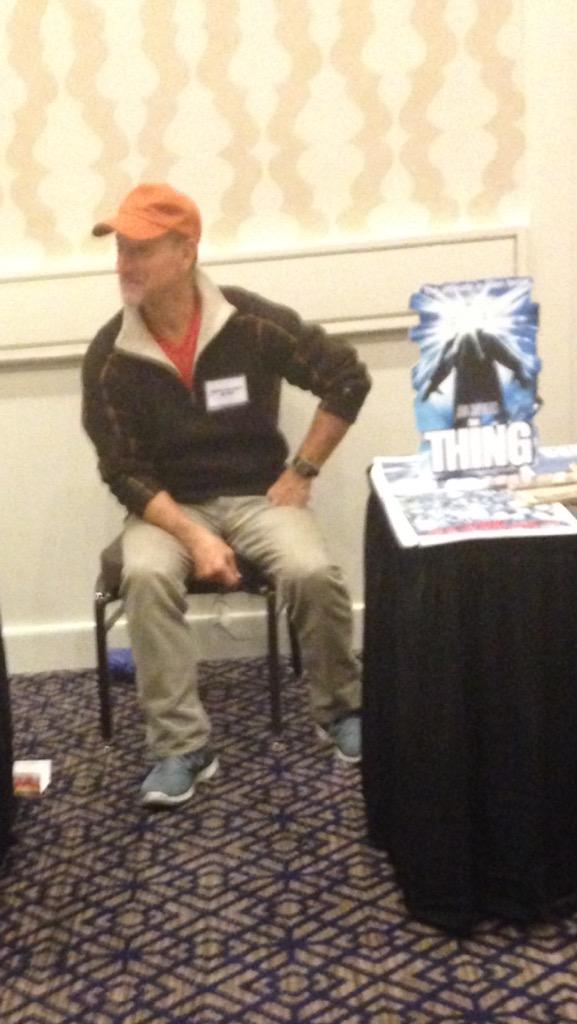 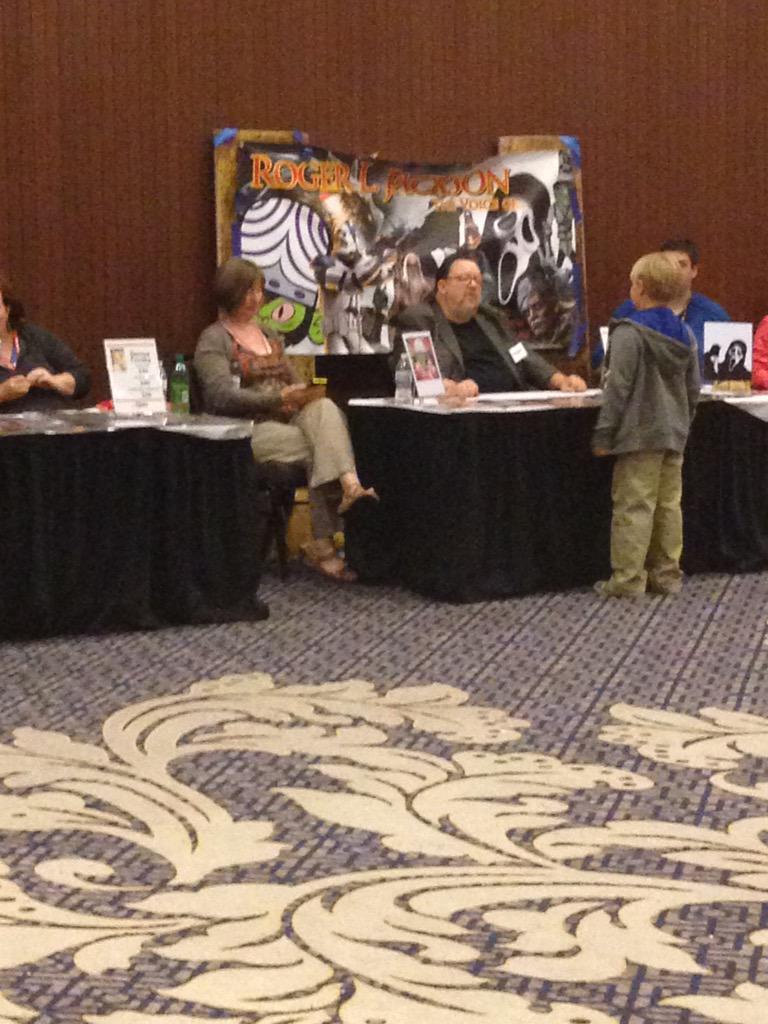 Just finished watching the first episode of American Horror Story. It's definitely more gory this time around, and lots of explicit sexual violence. I'm hoping for a good story line, though.

Ever since Sam Raimi’s 1992 Army of Darkness hit theaters us horror fans have been clamoring for more Ash.

For years Raimi and franchise star Bruce Campbell have been teasing audiences with “plans” for a fourth Evil Dead.

All sorts of weird **** has happened over the years. There was nearly an Freddy vs. Jason vs. Ash film, which would have been a sequel to Freddy vs. Jason. And at one point a company claiming to own the rights to Army of Darkness announced a sequel to that film, originally released through Universal Pictures.

And in the mix of all this madness, Raimi decided to remake his 1981 cult classic The Evil Dead, which went on for nearly a decade. At the end of the 2013 Evil Dead, directed by Fede Alvarez, we were treated to a shot of Campbell once again donning the Ash costume. This caused an eruption among fans that maybe once day Ash would return – maybe even in a sequel to the remake (which we’re told is actually a sequel and lives in the same universe, thus Ash and Mia would have teamed up top fight the Deadites. ****, maybe it will still happen?).

Screen Crush moderated a Q&A after a very special screening of “Ash vs Evil Dead,” which included Jill Marie Jones, Ray Santiago, Dana DeLorenzo, and “Xena: Warrior Princess” herself, Lucy Lawless, and of course Raimi. After a fan asked about the alternate ending to Army of Darkness, which is now available on various formats, Raimi rattled off a shocker regarding plans for Evil Dead 4. Here, I’ll let them explain:

The story came in response to a question about the alternate (technically original) ending to Army of Darkness. Raimi initially planned to end the movie with Ash, who’d been tossed through time back to the Middle Ages, messing up his return trip to the present. A wizard provides him with a sleeping potion that will allow him to hibernate his way back to 1992. In the original ending, Ash messes up the dosage, sleeps too long, and wakes instead in a post-apocalyptic future.

That ending played on the film internationally, but ‘Army of Darkness’ ‘ American distributor, Universal, hated the downbeat conclusion and demanded a happier alternative. Here’s what Raimi and his team came up with:

Like Ash taking his potion, that brings us back to the present. An audience member asked Raimi if they’d ever considered using the darker original ending from ‘Army of Darkness’ as the jumping-off point for the new show. He replied — and I am paraphrasing here — that before ‘Ash vs. Evil Dead’ fell into place, he and his brother Ivan were working on a script for a fourth ‘Evil Dead’ movie. And at that point, their bold plan was to actually make a movie starring two Ashes, one from each of ‘Army of Darkness’ ‘ endings. In other words, this ‘Evil Dead 4’ would have continued Ash’s journey along both possible timelines in two parallel stories: Present Ash in one, future Ash in the other.

They continue to explain that “Ash vs Evil Dead” still technically is the fourth Evil Dead. The Raimis ultimately felt it would have gotten too confusing and convoluted, so they decided to just focus on present-day Ash from the theatrical ending.
Click to expand...

Everyone is getting antsy to see Starz’ upcoming horror comedy “Ash vs Evil Dead“. After all, it’s probably the biggest thing to happen to horror this year, at least that I can think of. The return of Bruce Campbell as Ashley J. Williams, the iconic Evil Dead and Army of Darkness character after over two decades? Yeah, gimme some sugar.

And while the show hasn’t even begun (it premieres October 31st), both Campbell and Sam Raimi are opening up about their hopes and wishes for what they’d like to see in further episodes.

I’d use a lot of them. I’d get Robert Englund in there, Kane Hodder, all the guys I run into in the green room at these conventions. [William] Shatner, I’d get him, whoever. But I’d like to get a lot of the genre people in. I don’t want to exclude them at all. We used Mimi Rogers in the first season. She’s great, because she’s a legitimate actress, and then we ****ed with her.

Raimi himself was keen on the idea, stating, “Sure, why not?” He expanded upon that statement, “Those guys are really great actors and I think fans seeing them play cameos so I think it’s a great idea as long as they’re right for the role. Casting is everything.”
Click to expand...

catmom46 said:
Just finished watching the first episode of American Horror Story. It's definitely more gory this time around, and lots of explicit sexual violence. I'm hoping for a good story line, though.
Click to expand...

I really like scary stuff, but I really don't like bloody stuff. The season that was in the asylum was a little hard for me to watch. I have a feeling the season is going to be similar. But I am a big fan of the show in general. I read that all seasons are connected.

This one looks interesting. Hopefully it's not a stylized version of Chucky.

After James Wan’s The Conjuring became one of the highest grossing horror movies ever, Warner Bros./New Line quickly spun off the franchise with Annabelle, which hit theaters one year ago.

Even though Annabelle wasn’t as critically acclaimed as Conjuring, it was a a box office monster ($246 million), so much so that scribe Gary Dauberman is returning for another sinister outing, says this tracking board.

On the other hand, their sources also confirm that Annabelle‘s director John Leonetti is unsurprisingly not returning as the search is on for a new director. The Conjuring helmer James Wan is once again producing, while Dave Neustadter and Walter Hamada oversee for New Line.

Following the superb financial and critical reception to The Conjuring, a spinoff/prequel featuring the film’s creepy mascot – the possessed doll named Annabelle- was quickly rushed into production. Loosely based on a true story, the film follows a a couple who find that their vintage doll becomes the host for a malevolent entity after their house is broken into by a satanic cult.

James Wan is currently filming his The Conjuring sequel, slated for release next summer, which sets Annabelle 2 up for release in 2017.
Click to expand...

Although the Conjuring sequel is based on a case that was claimed to be a hoax, so it'll be interesting to see how they spin it.

Original Poster
So I've started back up my horror kick since the beginning of the month and this is what I've watched so far, when able:

Dead said:
So I've started back up my horror kick since the beginning of the month and this is what I've watched so far, when able:

I definitely do not want to watch the one you rated the highest.

Original Poster
You mean Serbian Film? I put that in the negative based on how awful it is lol.

Dead said:
You mean Serbian Film? I put that in the negative based on how awful it is lol.
Click to expand...

Oh, whew!! I was a little worried there.

Original Poster
Yeah lol, after what I witnessed in that film I'll never do it again.

catmom46 said:
Just finished watching the first episode of American Horror Story. It's definitely more gory this time around, and lots of explicit sexual violence. I'm hoping for a good story line, though.
Click to expand...

yeah - I tried to watch American Horror Story - Hotel, but I am afraid that it is just too 'out there' for me . Guess I am a lily-liver...