Walt Disney World could have its own rich and interesting story to tell. But that story all involves people who did their best work five years or more after Walt Disney died. Walt never saw Disney World, and what was opened in 1971 was nothing like what he envisioned before his death five years earlier in early December, 1966.

October, 1966. Oh look, it's a map of Disneyland circa 1965 with a bunch of stuff that doesn't actually exist around it. 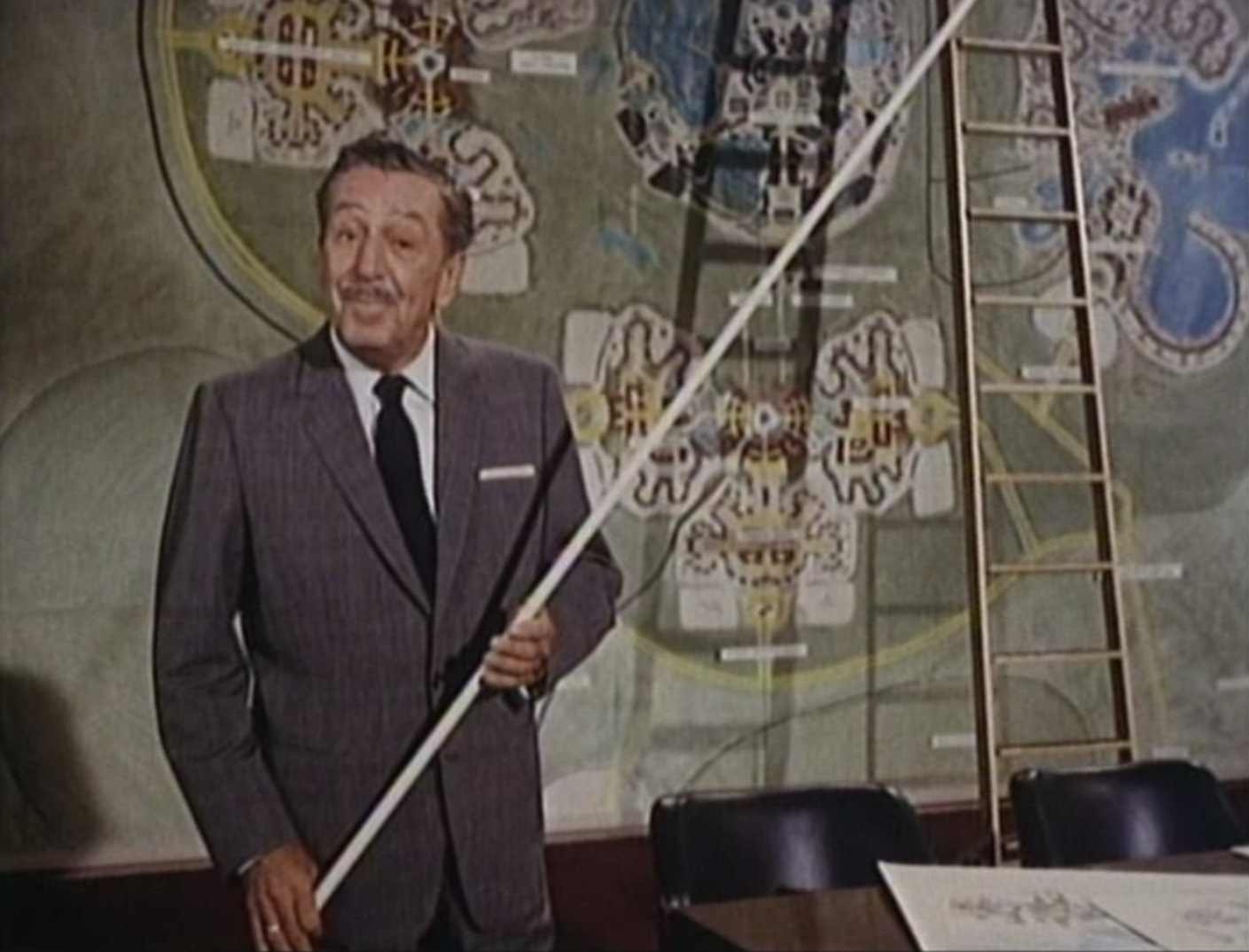 But instead they throw their real story away and fabricate a story that never happened, and that can all be blown out of the water with a 40 second Google search.

WDW should celebrate their differences and realize they were the generation long after Walt. Instead they pretend that Walt was somehow involved from beyond the grave in the planning and execution of WDW. He wasn't. And just to make themselves look like even bigger fools, they then lie and tell fake urban legends about what Walt did or said at Disneyland in 1962 that he might have done or said as a ghost at Disney World in 1971.

It's not just creepy and weird, it's factually incorrect and professionally incompetent. As if the Internet doesn't exist and anyone with 10 minutes of free time can't find out exactly how the Tiki Room was created and built by Walt Disney and his staff during 1961-1963?

Also, I just want that WDW Tour Guide to wear her hat. Where the heck is her hat?!? At Disneyland, they always wear their velvet riding hats, and they always stick to their script and don't make stuff up.

At Disneyland, they don't lie. And they wear hats.

Hard, non-ventilating hats are not worn in Florida due to the sticky humidity.
And velvet covered...?
Yeah, definitely something one would want to avoid wearing on your head in the 'Sunshine State'!

Figments Friend said:
Hard, non-ventilating hats are not worn in Florida due to the sticky humidity.
And velvet covered...?
Yeah, definitely something one would want to avoid wearing on your head in the 'Sunshine State'!

I've lived in the deep South, so I know what you're saying. But they couldn't put some ventilating mesh holes in the top? 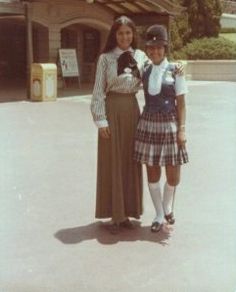 And as long as we're back on the WDW Tour Guides, let's just go back to our old friend who thinks the Tiki Room was originally a failed dinner show with fearful customers covering their plates to protect their meal from bird poop.

She's likely a very lovely woman, and she obviously has passion for her job and Disney's interesting story in Florida. But her facts are all wrong, and she's going wildly off script. While @SirWillow may not believe this, I do not blame this woman, I place all blame firmly at the feet of WDW's training and management teams who are ultimately responsible for whatever their Tour Guides are saying to their paying customers. If she had management that cared about her, and cared about their product and their paying guests, they would have set her up for success with facts and an accurate script and effective daily supervision. WDW management failed her.

That said, here she is telling paying customers that the 13 branch tree in Liberty Square was "specifically selected by Walt himself to be in the center of Liberty Square". Really? Are you sure about that? Who told you that? Because it's wrong.


Walt Disney had no hand in designing Liberty Square. Walt had no idea that it would be a part of Magic Kingdom Park five years after his death in December, 1966. And in the months leading up to his death, when he only visited Florida a few times in calendar year 1966 and never would have been scouting trees in what is now Animal Kingdom where no part of EPCOT was planned to be built, would he have found this tree and decided to place it in an unknown land in a future theme park he wasn't particularly worried about? No.

This is what the plans for Magic Kingdom Park looked like in October, 1966 when Walt filmed his EPCOT '66 promotional film in the WED studio for potential corporate sponsors, about 60 days before Walt's death on December 15th, 1966. A year later in 1967, as plans for the Florida Project continued, the theme park portion looked different. Because it was more vague and obviously different than Disneyland, but obviously nothing like what showed up four years later in '71. (Rivers of America moved to where Fantasyland is, a large Western River Expedition complex where Splash Mountain is, the Jungle Cruise or whatever the heck is happening where Tomorrowland actually is, a monorail that goes all over the place in the northwest corner where the Rivers of America actually is, etc.) The final plan for Magic Kingdom Park didn't really gel until late '68, and by then perhaps the tree in Liberty Square was found on the southern edge of the swampy property and was planned to be moved into place by 1970 or 1971. 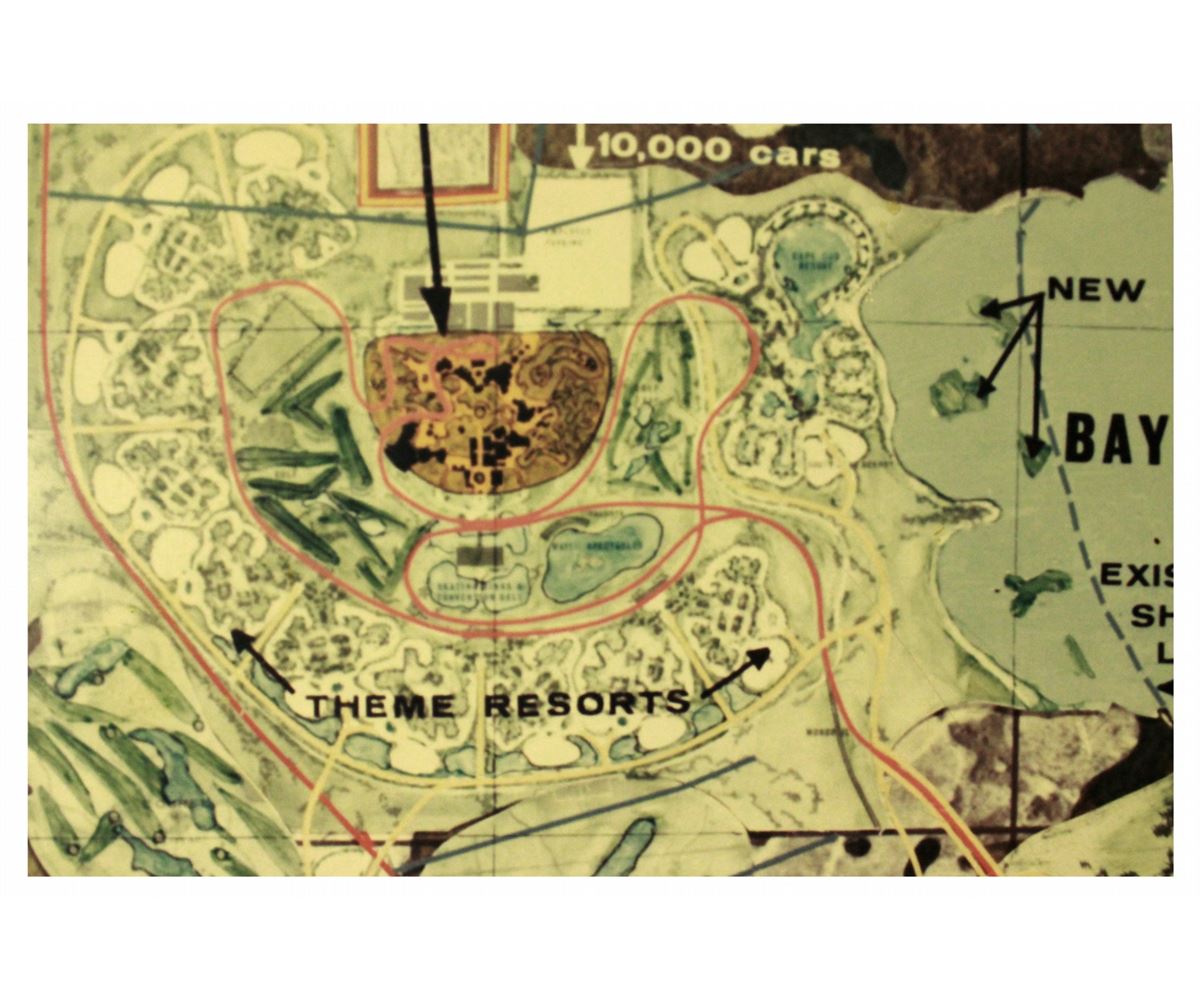 The point? This WDW tour guide, again likely a lovely lady and passionate Disney fan, is telling her paying customers on an official WDW guided tour patently false information and wildly exaggerated urban myths. She isn't sticking to her script, if there was ever a script for this woman in the first place.

I blame WDW management, not the tour guide. They clearly aren't training their tour guides well, are not providing them with scripts that have accurate and truthful information, and are not auditing and managing the daily tour guide operation effectively to prevent lies and misinformation from being given to their paying customers. It's just embarrassing for them, but what's worse is that WDW managers and CM's don't seem to care. They just babble along about "Walt" and keep the dopey tourists wide-eyed with whatever fun fake story they heard in the break room.

And it's not just her, this particular tour guide without her hat.

YouTube is full of first-hand videos of various WDW official tours; Keys To The Kingdom, From Marceline To The Magic Kingdom, Backstage Magic, etc. All of these videos have official WDW Tour Guides who just babble untruths and urban myths and and outright lies about the WDW parks and Walt Disney.

If the gang here would like me to link to more of these WDW tour videos, I'd be happy to. But it's not flattering to WDW management and their apparently non-existent training and supervisory processes.
Last edited: Sep 10, 2019

Homeschool girls still dress like the girl on the left.

The reality of WDW is that Walt Disney himself really wasn't involved at all aside from extremely early pre-planning for things that were mostly never built and only saw the property when it was a snake and gator infested swamp.

TP2000 said:
I've lived in the deep South, so I know what you're saying. But they couldn't put some ventilating mesh holes in the top?

Oh yes, they did indeed wear them back then.
But it was a different 'World'.

See how thin those 70s CMs are..?
Thin folks don't sweat !
Today?
Well....you are a smart fellow and will likely figure out where i'm going with this.

Yes, some ventilation holes would be handy.

And i totally agree regarding the mis-information that seems to be common with a lot of the tour programs.
It is unfortunate, but i guess the Company feels it needs to be sure to 'brand' the Florida Park(s) as 'Walt Approved' to appeal to the visitors, many of whom will probably only ever visit WDW and closely associate it with Uncle Walt regardless.

I feel kinda sad for those folks.
They should be visiting Disneyland.

Been thinking about using Adventures by Disney to go to South Africa + Safari. Seems like a costly, but great way to go about doing it.

George Lucas on a Bench said:
The reality of WDW is that Walt Disney himself really wasn't involved at all aside from extremely early pre-planning for things that were mostly never built and only saw the property when it was a snake and gator infested swamp.
Click to expand...

How did you distill my entire rambling post into one succinct sentence? And you didn't even use YouTube videos and archival photographs? Without even mentioning hats?

You're really good at this.

Touchdown said:
Going back on topic, I did the Adventures by Disney tour this summer, and loved it. I mainly did it to get access to WDI, Jim Henson, and WDS. The DLR stuff was extra bonus. I loved it, glad I did it but don’t need to do it again. If you want spoilers on what extra things happened for us in the park each day here it is, and realize I was there during the summer.


Arrived around 3:30, unloaded in hotel and then met to go into DL. Had dinner at French Quarter. We got one anytime FP and one for the HM which we all did together after dinner. Lastly we had a reserved section for Fantasmic
We has breakfast at Plaza Inn after getting shots in front of the castle with no one else there. We had a tour of Fantasyland with FOL access for Pan, Carousel and Matterhorn. We got to go up to Walt’s Apt, we got a SWGE reservation, a gift card for lunch/dinner ($30) and 5 anytime FPs and a reserved spot for DL Forever
Breakfast at Storytellers Cafe, Group Ride and backstage tour of RSR, group ride on TSMM and GotG, group ride on Soarin followed by a tour backstage where we got to see the ride cycle from behind the screen, 5 anytime FP, dinner at Carthay Circle, reserved section for WOC.
Breakfast at Steakhouse 55, 1 use anytime FP
I won’t spoil the Hollywood stuff, for that is the reason you should take this tour, if that doesn’t interest you get a private VIP tour or go on walk in Walt’s footsteps.
Click to expand...

I am going in October and we get to go to the Oogie Boogie Halloween bash at the DCA but unfortunalty no dinner at Carthay Circle, it will be at the Wine Country Trattoria instead.
You must log in or register to reply here.
Share:
Facebook Twitter Reddit Pinterest Tumblr WhatsApp Email Link
Top Bottom