Original Poster
I decided to make a thread about these mysterious auction papers, uploaded onto ebay by a user called "durukzez". Judging by his ebay profile, this dude seems legit, he is an ex-imagineer who is selling old documents and the like from disney. One of the most intriguing to me is a copy of OC Weekly criticizing the "California Adventure" park. 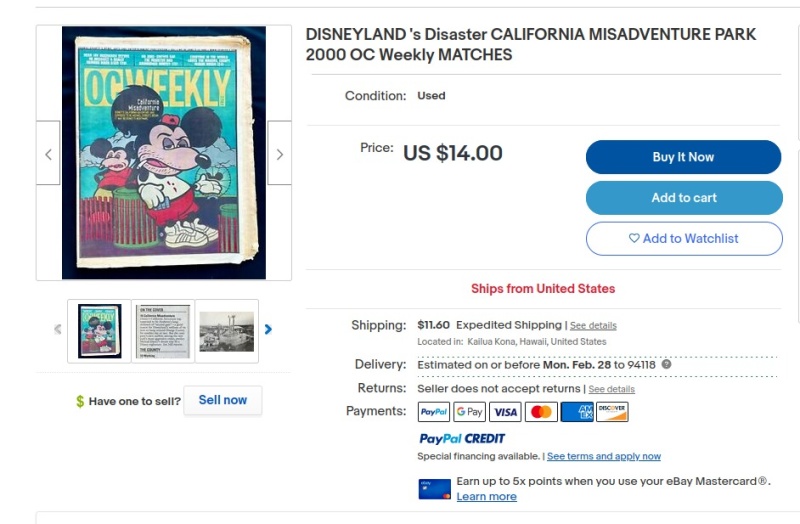 The other of course, being the main subject/inspiration of this thread. The Imagination Papers. According to the title and description of the sales, these papers came from the "YOUR Imagination" variation of the attraction. Now at first glance, this may seem like a mistake because all of the concept papers feature Figment in one way or another, while the attraction is notable for a total lack of Figment due to an Eisner mandate. But due to how much this dude has collected and how accurate the collection has been so far (at least to a single glance at ebay), I think this is the real deal and one of the most baffling Disney Imagineering finds ever if I am right. Special thanks to @DreamfinderGuy's twitter for notifying me about this guy. My best guess is this was meant for the finale or a modern day version of the original Imagework's magic Kaleidoscope. 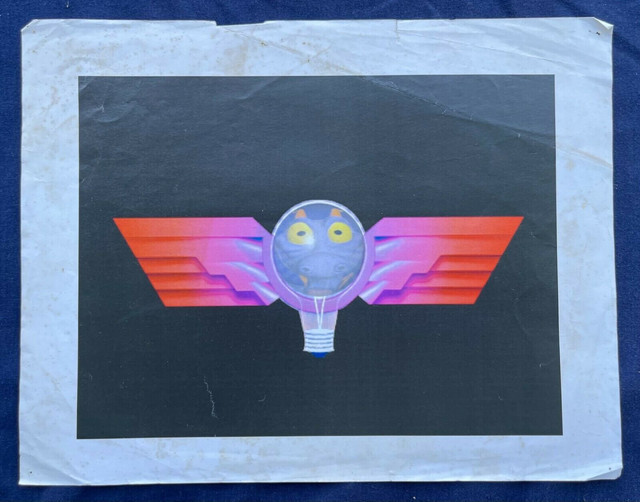 Pretty standard stuff here, it's the logo but with figment's face FIGMENT WITH A TUBA 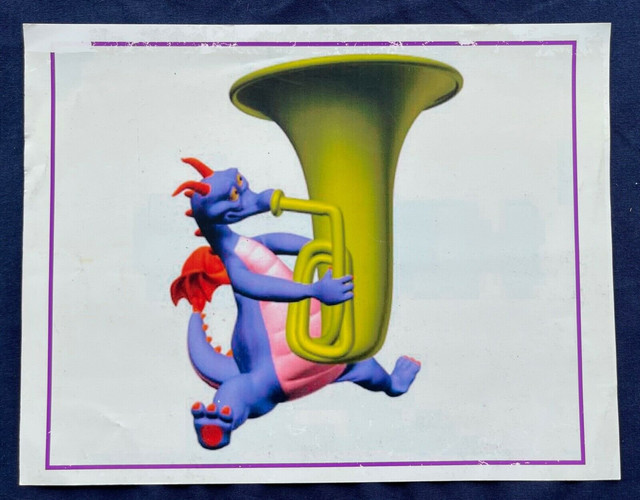 The best image of the bunch and the most dang-ing evidence for the "these are for the Journey into Imagination with Figment ride" theory, as that does have a "Figment's Music Maker" attraction, which has this exact model. 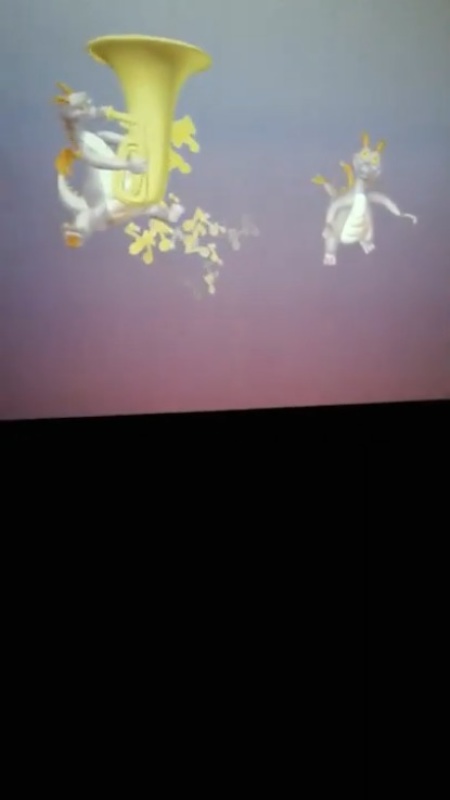 However, I could see it being possible this model was made for the "YOUR Imagination" version as well, as that ride's queue featured Figment bugging Nigel (though unintentionally). The most bizarre of the document findings thus far. My best guess is that "Figment's Funhouse" is a cut attraction, rename, or retheme of the imageworks that just didn't make the cut. 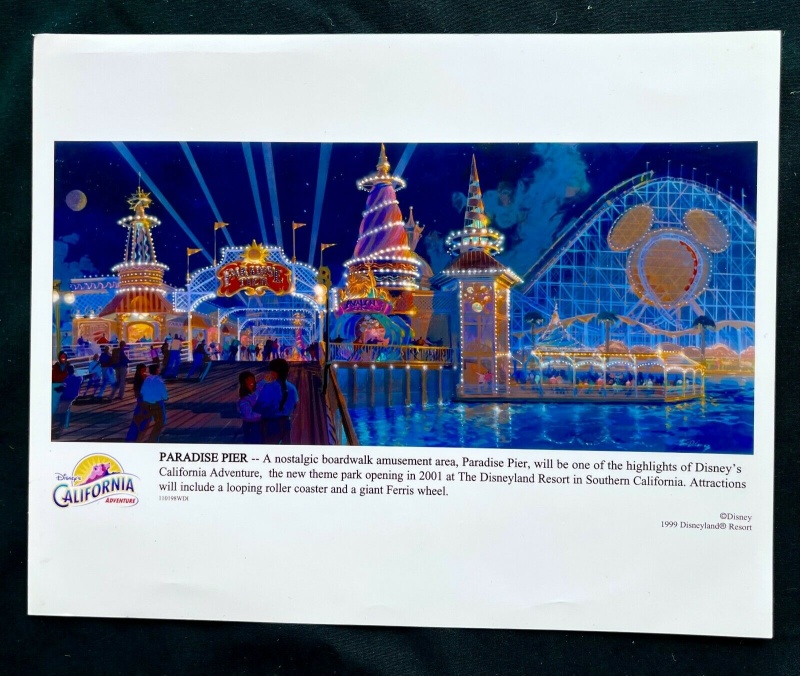 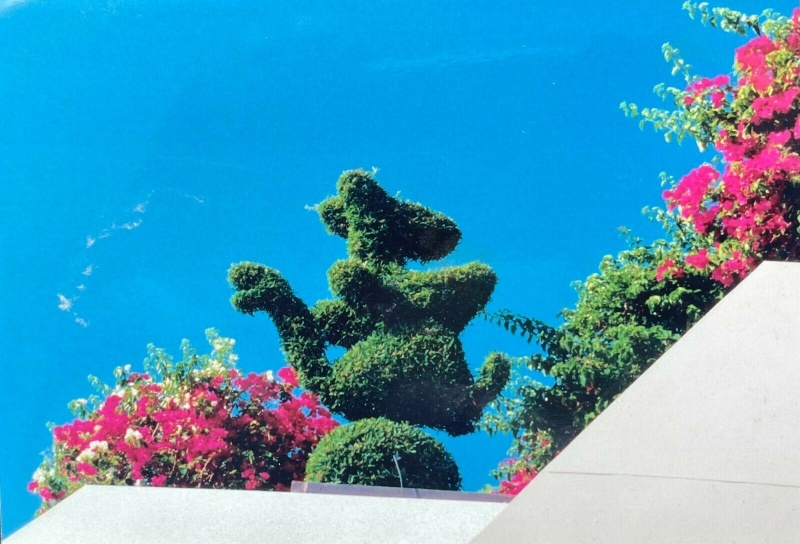 I am just saving this one because why wouldn't I?

These aren't from that guy, but I found them while cleaning out an old hard drive and figured they had a place here. From a proposal book delivered to Kodak pitching JIYI that was sold on eBay ages ago. Unfortunately these are the only pages of it that were posted to the listing and the buyer never made themselves known. 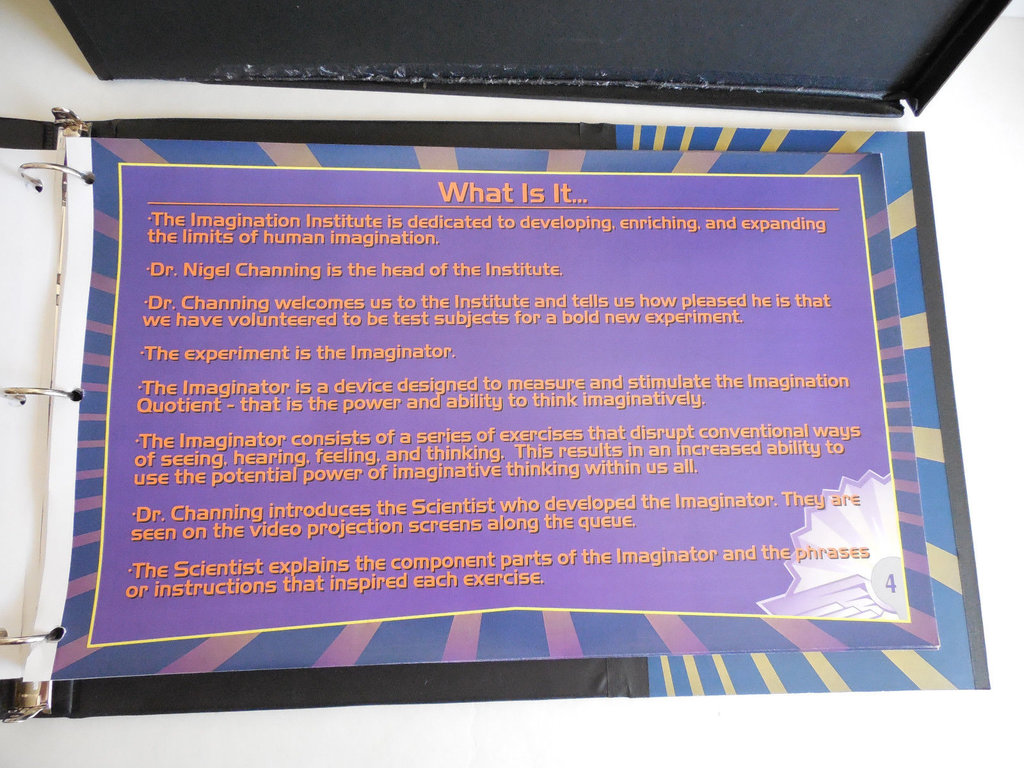 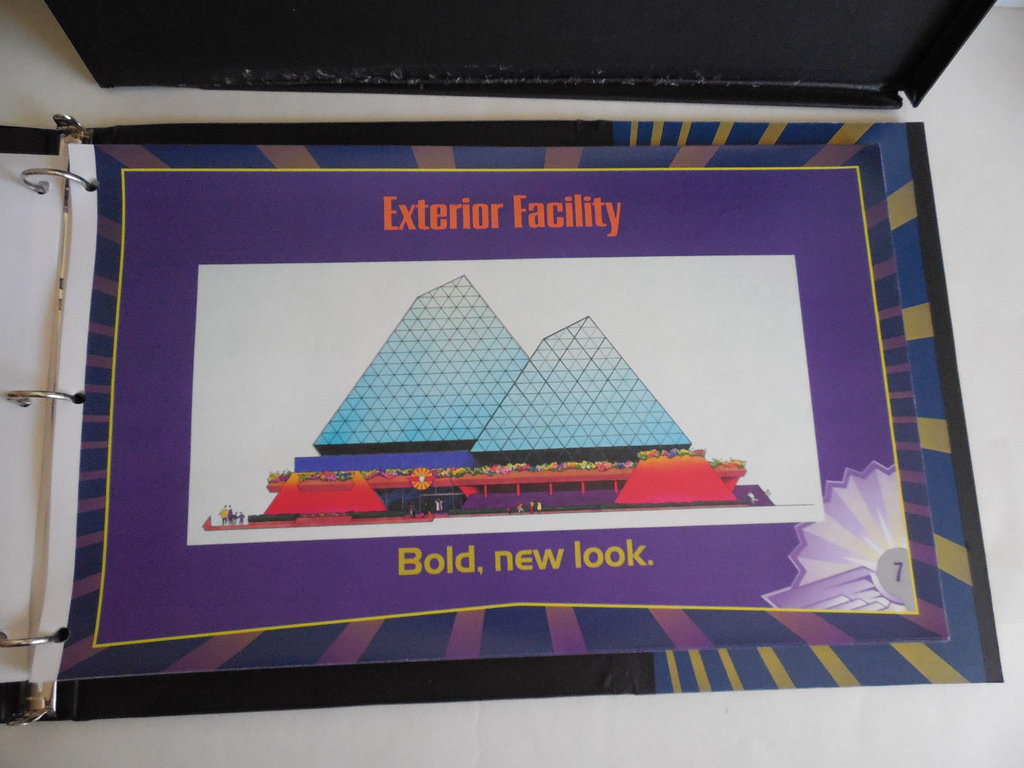 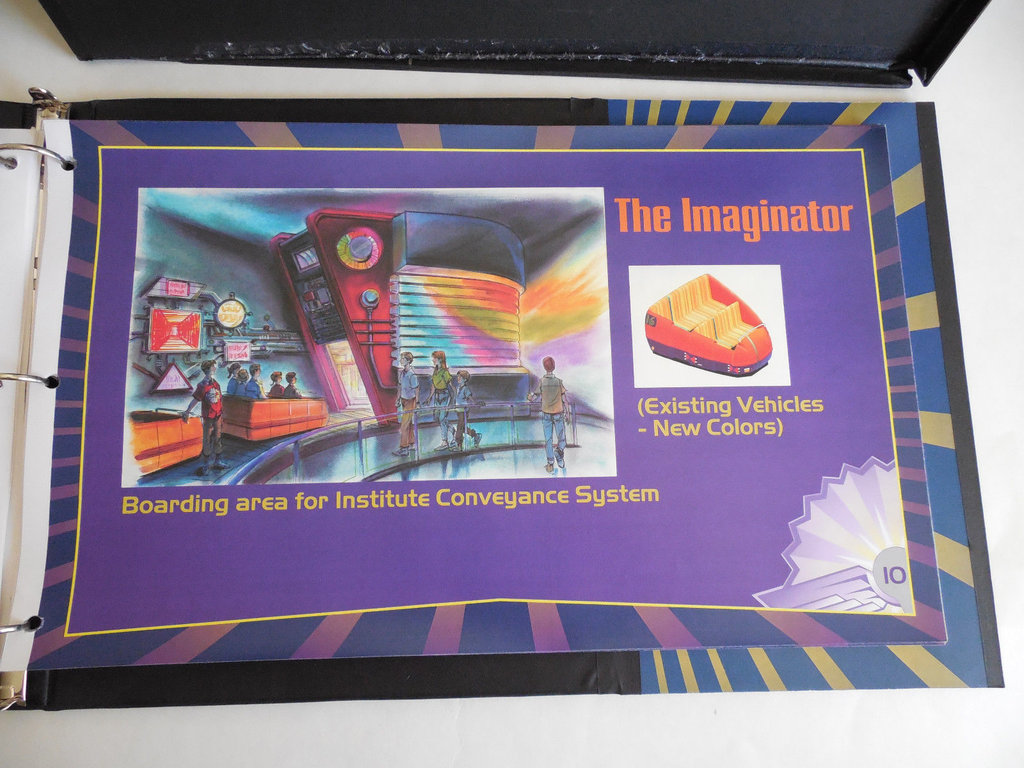 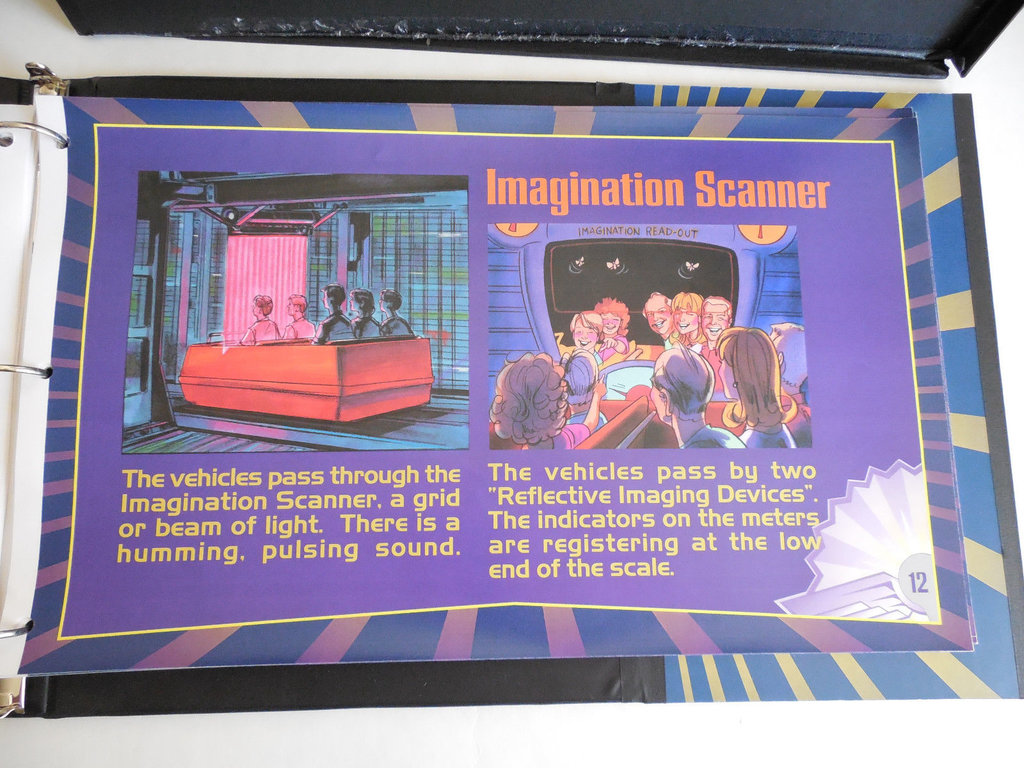 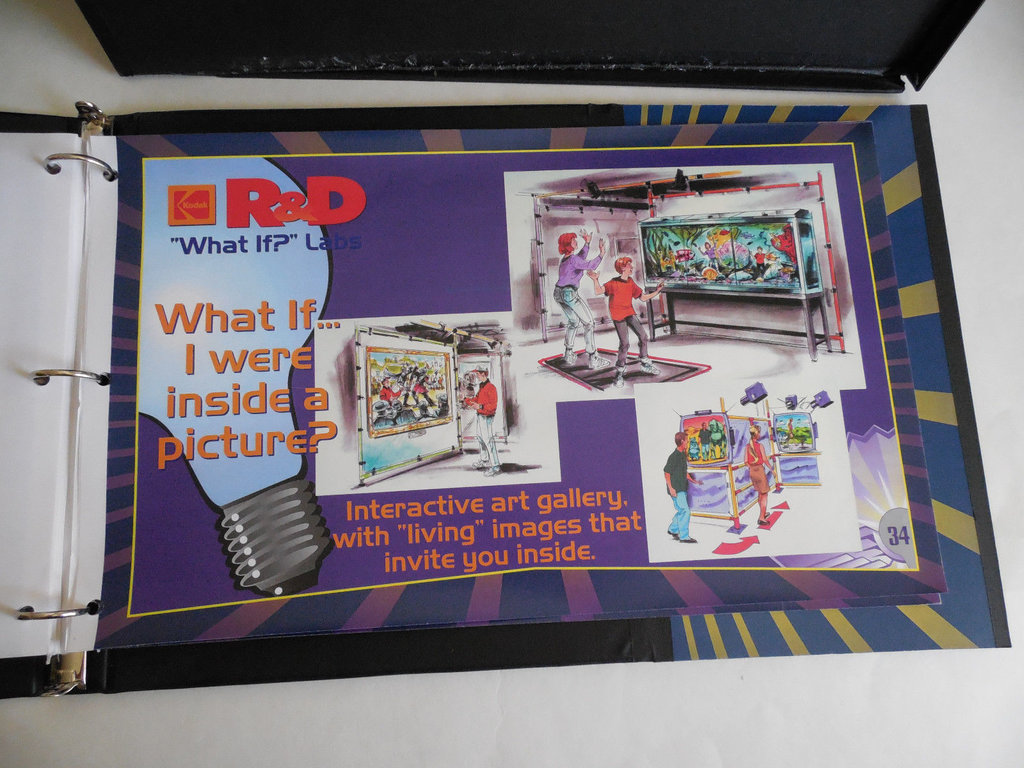