Should The Partners Statue Be Replaced With George Lucas, Stan Lee, And John Lasseter Holding Hands?

MisterPenguin said:
Putting up a Lasseter statue is akin to putting up a new Confederate general statue.
Click to expand...

I always felt The Partners Statue was something that made sense at Disneyland, but not so much at Magic Kingdom. They call Disneyland "Walt's Park" and besides the fact that "Walt Walked there" as they like to say... Walt Disney is kind of a "local hero" to people in Southern California, most of the guests there from the area and are "Hard Core Disney Fans". So I think of Disneyland as a park about Walt Disney "The Man" and Magic Kingdom/WDW as being more about Walt Disney "The Brand" I don't think people come to WDW because of Walt "The Man" but because of the various films that his studio produces.

I think it's slightly "cult like" and weird that they have a statue of him in the center of the park personally. There's a statue of Milton Hershey at Hershey Park, which is a little weird too, even though he founded the entire town of Hershey Pennsylvania. 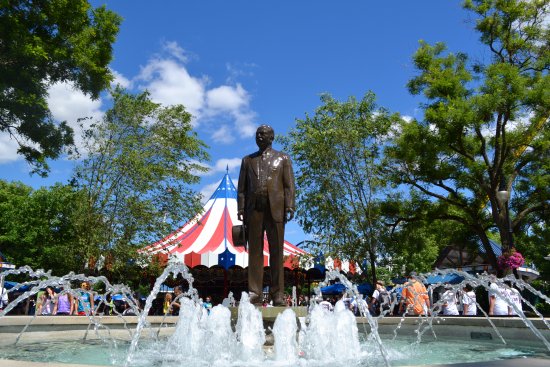