Original Poster
I have noticed a couple QS restaurants have a New York Strip Steak on the menu. Has this been available for awhile? Has anyone had it?

I'm interested in this as well. I noticed the Epcot American quick service place has a steak cheaper than the cheeseburger

We were interested in how good a quick service steak could be, so we tried it in America in December 2015... I don't recommend it, it was tough and pretty flavorless when we got them. I wasn't expecting a great steak, but it still wasn't as good as I was hoping for. And the restaurant wasn't busy at all, so they made them fresh for me. I guess they're cheap enough that I could say maybe we were there on an off day so you should give it a shot, but I wasn't impressed. The broccoli was pretty good though. 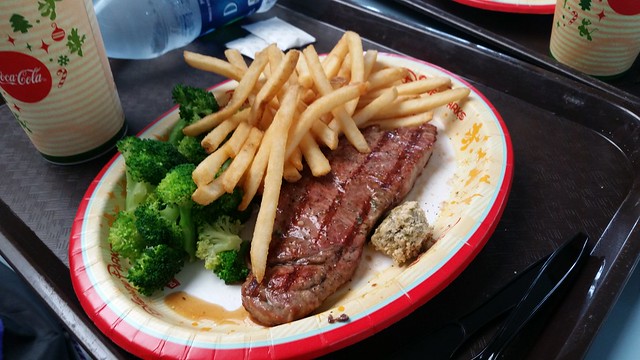 Original Poster
Darn, I was hoping it was decent. The photo looks nice though!