Advertisement
Took another jab at it. Made the Excavation coaster have a more realistic acreage. Before it was around 1.25 whereas now it is around 2.25 which is comparable to BTM.

Here's one without marked sightlines: 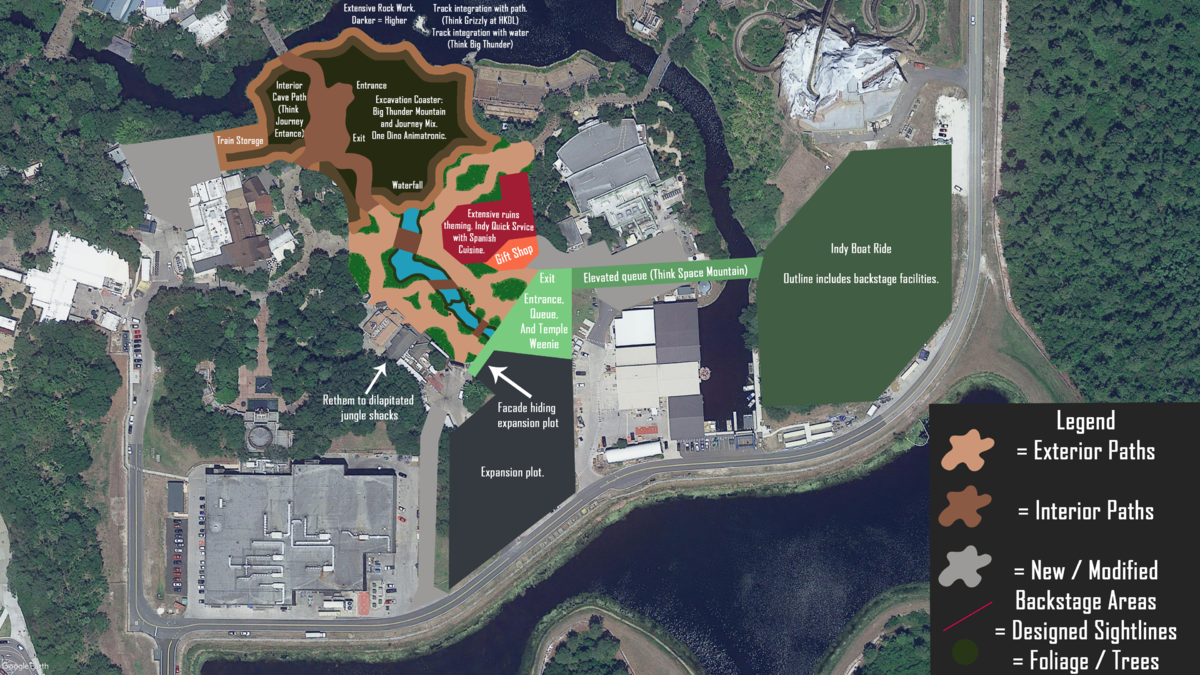 Here's one with marked sightlines: 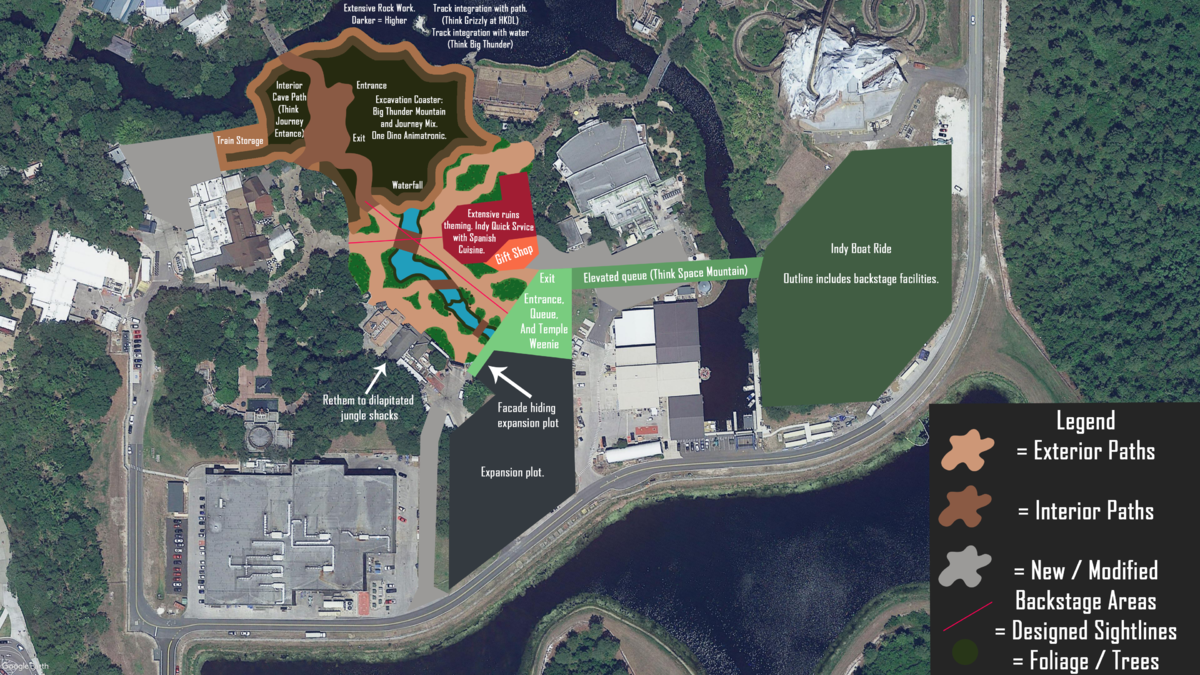 Here's a before and after gif:

I don't really see the need to alter Dinosaur to a great extent. The area can be placed in Central America. The story can be slightly altered, making it a remote experimental facility in a Central American Jungle. The ride is already dressed like a research facility and is very isolated.

The excavation coaster is people looking for dinosaur fossils in a South American mountain. The mountain's aesthetic would most closely resemble the green side of mount prometheus in DisneySea picture below, while being substantially shorter. 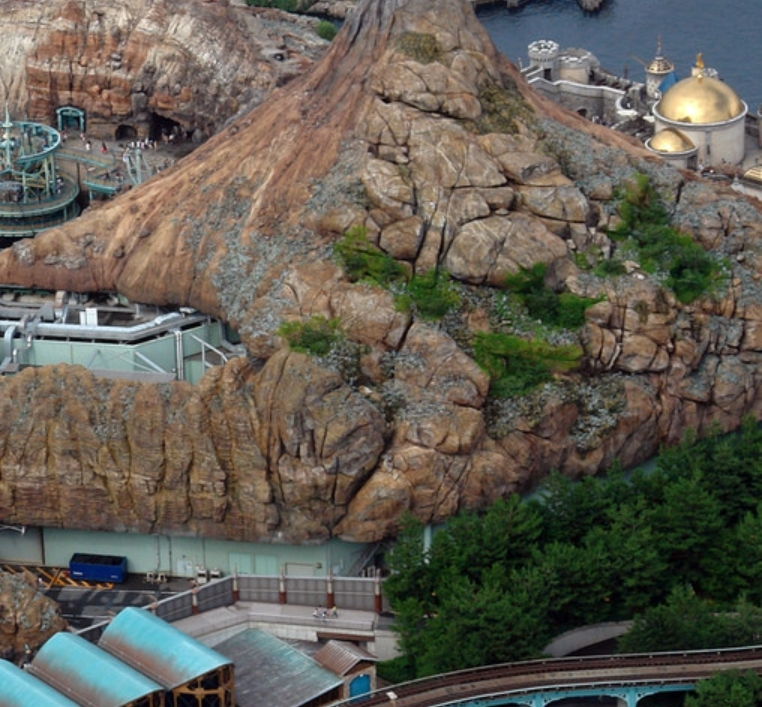 The Indy ride entrance is an Aztec temple, which fits the Central American theme. I know the main complaint would be that it doesn't fit the Animal Kingdom mission statement of animals, but since Indy is focused on Archeology, so it could be a search for the Aztec's connection with a mythical creature.

Lastly, I realize this isn't the Imagineering section of the forums, but I just wanted to demonstrate the area's potential.
Last edited: Jan 28, 2021

Imagine how big of a DVC booth could fit there.

DVC would finally stop being a “secret.”

Premium Member
Well this thread took a tangent didn’t it?

marni1971 said:
Well this thread took a tangent didn’t it?
Click to expand...

Linking all sorts of changes to an Indy land like 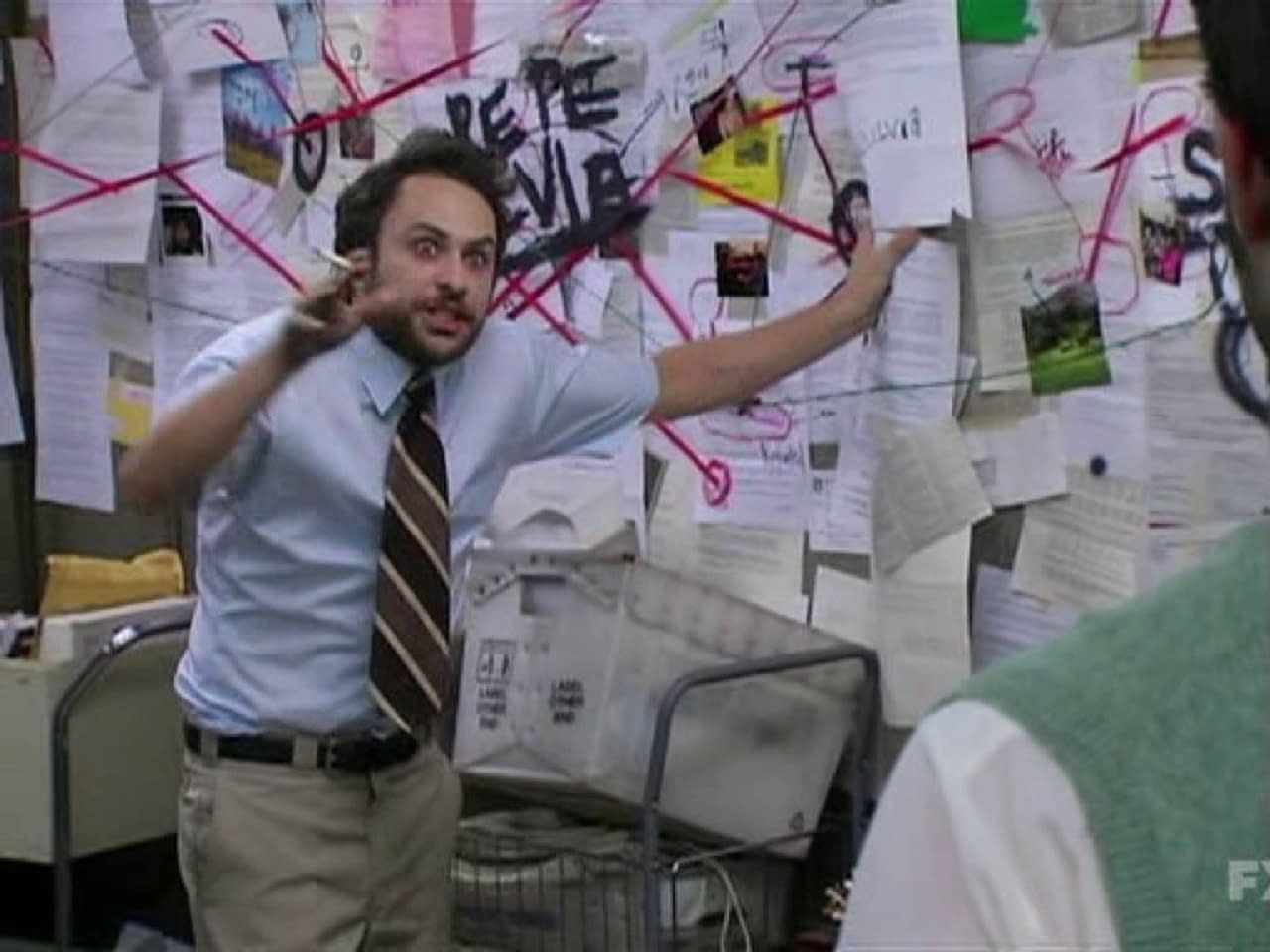 Not since December the 11th.
R

Original Poster
The Nemo theater is repurposed as a social distancing break room.

That back row is a great place to catch up on sleep.
J

heres my rough draft for replacing nemo/dinoland redo. in involves flipping harbor to other side, replacing it and nemo with a launching flying coaster tht goes over the lake and around the volcano (brown circle) also getting rid of road and making a plaza for people to look out onto lake. (green rectangle) the plaza could have food and tables as well. this is all a rough ms paint draft 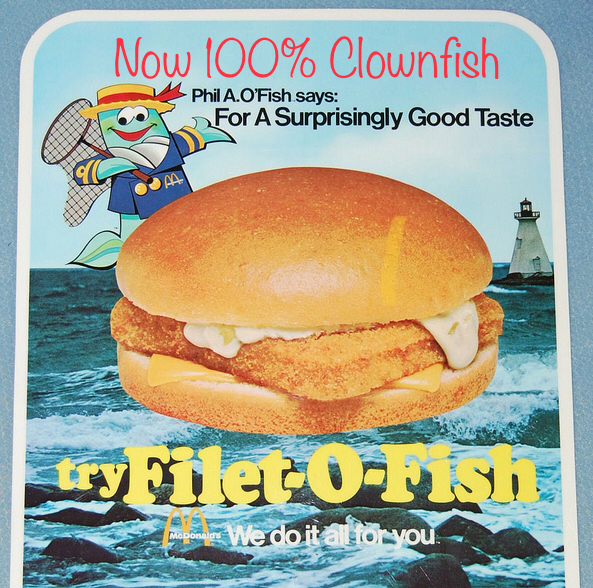