Wow! That trailer was a lot of fun! Very excited for the show
J

Works for me. I'll tune in.

Very pleasantly surprised that this is in fact a Christmas show! And the more Rogers: The Musical the better!

peterpanic74 said:
Very pleasantly surprised that this is in fact a Christmas show! And the more Rogers: The Musical the better!
Click to expand...

We need a replacement for Die Hard.

Based on that trailer, this may turn out to be my fave of the Disney+ shows... IF Rogers: The Musical can top Zemo dancing. That's a pretty high bar though... 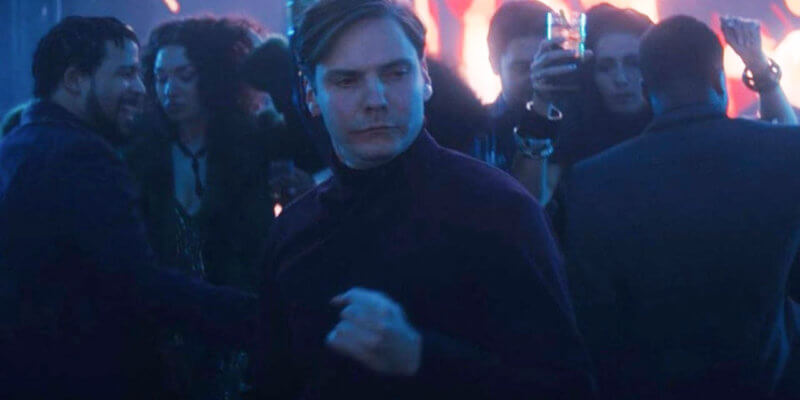 love that they made hawkeye a christmas show. damnit disney is killing it with marvel

Didn't have much interest in the show before, but the trailer has me hooked. Something to look forward to in November!
D 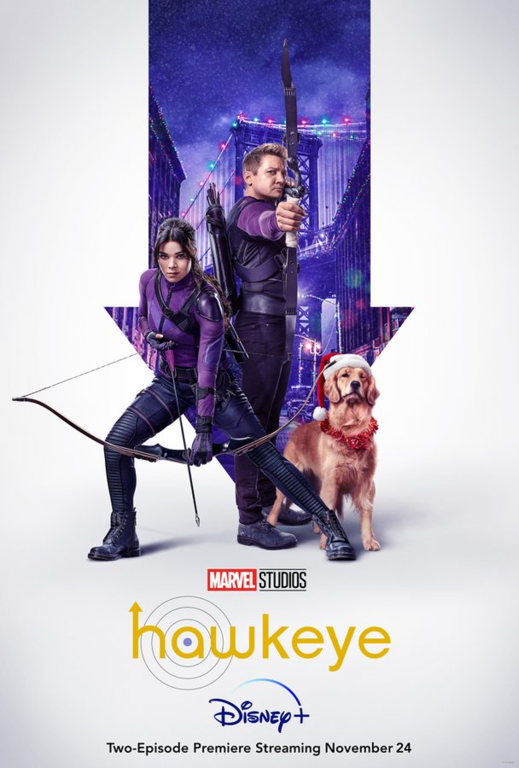 Premium Member
"Marvel.com can reveal that long-time, award-winning, songwriting team Marc Shaiman and Scott Wittman — who co-wrote the lyrics, with Shaiman also producing the actual song recording — penned the number from Rogers: The Musical in the series. And it all started with, as Shaiman told Marvel.com, Kevin Feige being a “film score nerd.”

“[Scott and I] were at an Academy Award dinner, and I'm sitting there and someone taps me on the shoulder and says, ‘Excuse me, Kevin Feige would love to meet you,’” Shaiman explained. “I knew who Kevin was, and I was like he wants to meet me, really? Turns out Kevin is a film score nerd. He started talking about [the scores I’ve written] one by one and I was like, I cannot believe this is happening. We started trading emails about scores and this and that, and when I would see [Marvel movies] I would send him an email. I guess when this idea came up for Hawkeye, for there to be a musical on Broadway, he luckily thought of us and couldn't be more ecstatic about it.”

When the pitch to work on Rogers: The Musical first came up, both Scott and Marc admit that neither one of them was super well-versed in the Marvel Cinematic Universe...but that quickly changed." 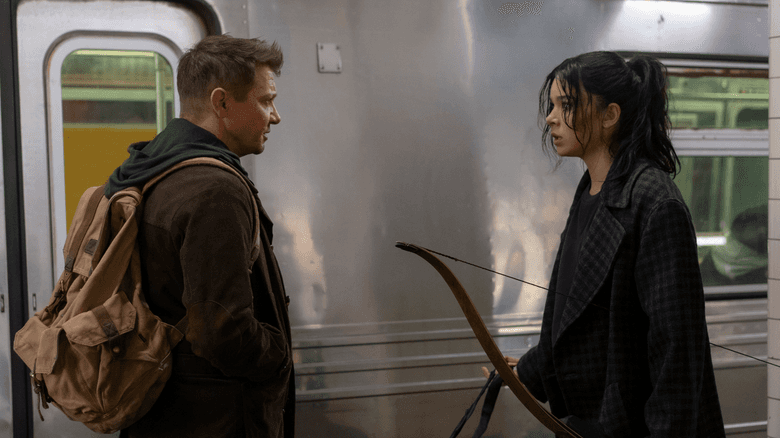 'Hawkeye’: Marc Shaiman and Scott Wittman on Bringing ‘Rogers: The Musical’ to Life

The song-writing duo infuses a little bit of Broadway into the MCU. 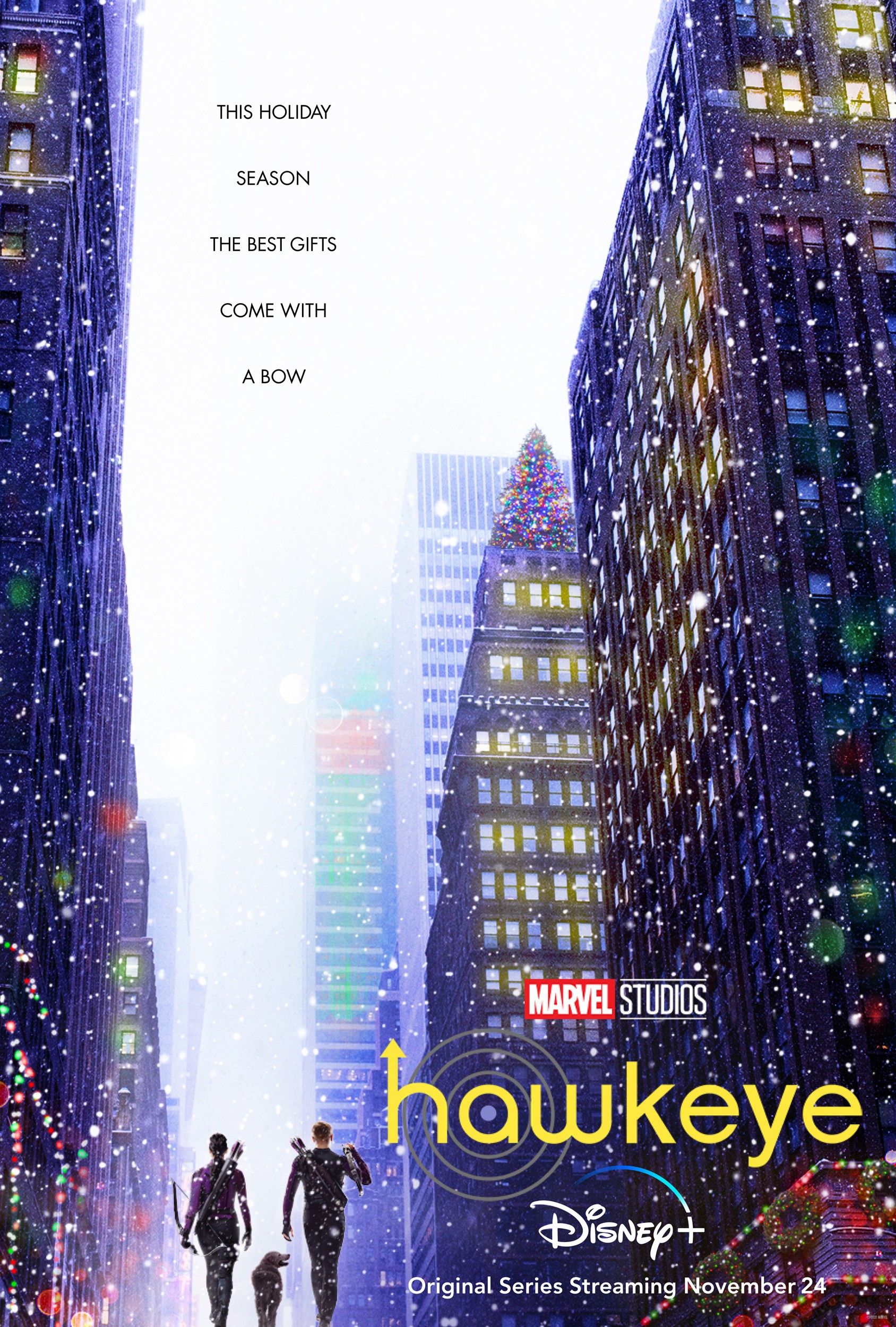 Synopsis:Rotten Tomatoes, home of the Tomatometer, is the most trusted measurement of quality for Movies & TV. The definitive site for Reviews, Trailers, Showtimes, and Tickets

Thoroughly entertained so far. Based on the first two episodes it feels like a small, low-stakes story, and we haven't had a lot of those in the MCU. Perfect for the holidays.

waltography said:
Thoroughly entertained so far. Based on the first two episodes it feels like a small, low-stakes story, and we haven't had a lot of those in the MCU. Perfect for the holidays.
Click to expand...

My only disappointment was expecting the second episode to end with the car chase from the previews. There isn't much for action in these first two, but that should be corrected next Wednesday.
Love the characters and love how this just exemplifies how Marvel handles deeper themes vs DC.
To show the lingering sense of loss over Natasha, they could have had Clint screaming up to the desaturated heavens while rain pelted down in slow motion and thundering drums hammered along with his melancholic wail.
Instead, he takes his kids to a musical. The joy on stage is contrasted with the despair on his face. An adorable girl in a Black Widow costume smiles back at him and the whole world comes crashing down.
Between this song, Star Spangled Man, and all those made for WandaVsion, there's enough material for an in park or cruise ship show.

As with the rest of the Disney+ Marvel shows, it wasn't quite what I'd hoped for, but it was cute. So far coming in a distant second to Falcon & Winter Soldier which was by far my fave.

Hailee Steinfeld, who admittedly I don't think I've seen anything she's ever done (beyond a voiceover in Into the Spider-Verse) seems very forced in the role. While I had issues overall with the sound mix, she seemed to be dubbed/ADR'd a lot and the fight scene noises she made were pretty ridiculous even for comic book fight scenes "unhh ooh eee unhh oof unhh" - it got annoying after the first 20 seconds. I wish they'd gone snarkier with the casting. She's just like a sweet girl playing tough? I'd rather have seen actually tough. (There's an actress on Legacies right now who is killing it in the wounded tough girl role - Courtney Bandeko - who could've been a kickass sidekick for Hawkeye and far more difficult and interesting to win over.) I get that they're going more for goofball here tonally, but Steinfeld isn't really grabbing me either for the character stuff or the fighting stuff which they're desperately trying to edit around her. I could've seen a Disney-era Miley Cyrus in the role more convincingly.

Also not sure if the tuxedo thing was supposed to be a queer indicator or not?

I would have known who wrote the musical number even if I hadn't seen all the publicity around it as the second it started, I shouted "Hairspray!" If I had any editing software, I would do a mashup of the video from the musical against "Good Morning, Baltimore" - bet it would go great together. lol I actually had "Good Morning, Baltimore" stuck in my head the rest of the night after watching this.

The dog is cute but I was not happy with how scared it looked in the traffic scene. That wasn't "acting" - the dog looked startled and confused. (Note: I understand the animal would never have been put in actual danger but I don't like seeing any animal in distress.)

The callback to Natasha's "captive" scene in Avengers except with Clint was either a nice homage or a copycat and I'm not sure which.

I loved watching Jeremy Renner in dad mode here. But it was nice to see the flashback to badass Hawkeye from Avengers, too.

I liked that there were actual consequences to being a human in a superhuman world for Clint (going deaf from repeated explosions). Unlike Super Kate who could repeatedly get broken rib-level slammed against walls and floors and take multiple concussion hits and then just walk it off with a slight head scratch.

I wonder if anyone is regretting the Barton kids' casting yet and that's why they're quickly written out? Though ironically, I think the Russo kid gives it her all and is fairly convincing in the exasperated sister role.

Overall, I'm enjoying it. But the hair and 'stache on Tony Dalton is quite possibly the worst thing I've ever seen for bad cinematic styling.

"The first episode of Marvel’s Hawkeye on Disney+ drew 1.5M U.S. households over the Wednesday-Sunday holiday stretch, while 1.3M stuck around and watched the second episode.

This is according to the latest streaming viewership stats from Samba TV which measures 3M U.S. households, and what they watch on streaming over a five-minute increment. That first episode number for Hawkeye trails the 5-day U.S. household viewership figure for Disney+/Marvel’s Loki which was watched by 2.5M homes over June 9-13 by -40%. Hawkeye‘s first episode premiere also ranks behind Loki‘s finale which pulled in 1.9M homes over five days per Samba TV. Hawkeye‘s 5-day is also behind the 3-day premieres of Disney+/Marvel’s Falcon and the Winter Solider (1.8M) and WandaVision (1.6M).

Samba TV recently began monitoring viewership on Netflix, and to give you an idea of what a behemoth that streamer is stateside versus two-year old Disney+, the Reed Hastings-Ted Sarandos’ led studio saw 4.2M U.S. households tune into the opening weekend of the Dwayne Johnson-Gal Gadot-Ryan Reynolds $200M action movie Red Notice over Nov. 12-14, decimating all HBO Max/theatrical titles and Disney+ movies and series premieres, as measured by Samba TV. Samba TV’s measuring doesn’t include mobile views. 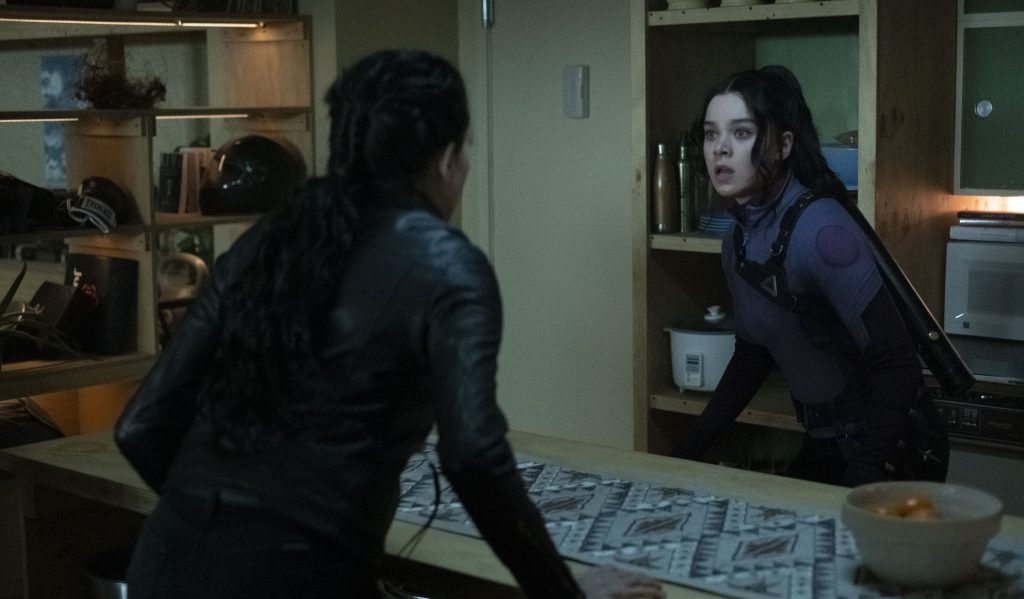 The first episode of Marvel’s Hawkeye on Disney+ drew 1.5M U.S. households over the Wednesday-Sunday holiday stretch, while 1.3M stuck around and watched the second episode. This is according…