I realized I'd shared my LEGO MOCs (My Own Creations) over in the Imagineering thread a while back, but just stumbled on the fact we have this corner of the forum for Disney crafting and creations... So I figured I'd share here too. I'm including one shot of each model, but I'll link off to the Flickr albums for each as well if you want to dig deeper.

Next up is a Spaceship Earth at the same scale as the Cinderella and Sleeping Beauty Castles. 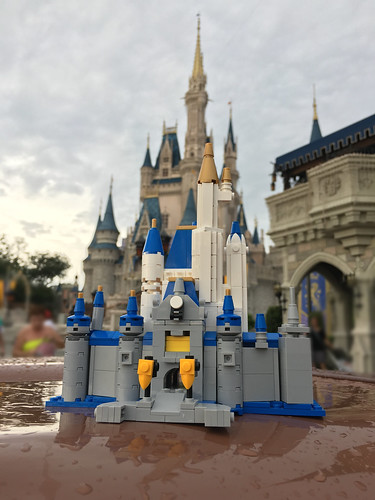 Original Poster
It's been a bit since I updated this cache of my LEGO models... quite a bit has been added to the catalogue:

These are very impressive! Well done!

Oh, very neat! As a fan of the LEGO Architecture series, I would like to see them release a "Disney skyline" in the same way that they do for the various cities. If I had it my way, it would also include the Film Arch from USF, the lighthouse from IoA, and the Skytower from SeaWorld. Your creations remind me quite a bit of what I'd like LEGO to do, even though I know it'll never happen.
Share:
Facebook Twitter Reddit Pinterest Tumblr WhatsApp Email Share Link