Trip Report Didn't we JUST do this?

Yup. We did. Yup, 2nd trip in a couple months. In June, we did a rather unique trip for our clan. Playing the vague role of chaperones, but really just a safety valve, and doing what amounted to an adults only trip was pretty cool. Then we got home, and we got to talking, and dates showed up on RCI, and my parents had some extra RCI points b/c of no traveling for 18 months, and we wanted one more family vacation before our daughter heads off to college.

Need I say more? So, we are back at Old Key West from August 20-27. Hot on the heels of two weeks of me teaching marching band camp, our daughter saying goodbye to many of her friends going off to other colleges (her college starts very late - we drop her off on Labor Day weekend for a week of freshman orientation - classes start a full week later), and lots of online teacher training for whatever the new school year holds.

We decided to put the impetus of planning on our daughter, so she has picked our days in which parks as well as most of our table service meals (we jumped in with a couple ideas). If you've never followed along on our trip reports, I'm a rather... well, let's just say excessive planner. So, being a bit hands off this time is tough for me! But knowing that our original plans for the past two summers included an extended trip around Europe and college tours of the northeast and California, both of which had to be canceled - well, she deserves to have a little control over something!

Obviously, no control over the masking situation... but we did totally fine last July! 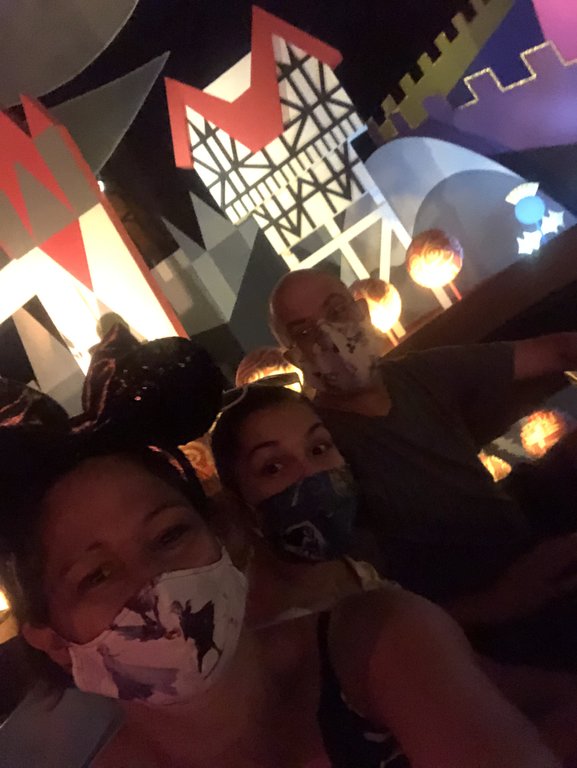 Normally, I'd wait until the week before our trip to start the Pre-Trip portion of the proceedings, but I'll be teaching marching band from 8am-5pm for the next couple weeks and the mental state upon return home those nights is fragile at best! The few days before we leave are not quite as intense, but I don't foresee a ton of PTR time during those days. So, here we are. I'll check in tomorrow or Friday with the basics of the plan!
Click to expand...

All about the music, and a little photography, and some soccer...

Premium Member
Wow! Hat’s off to you for giving your daughter planning control. My daughter is a couple of years younger than yours and I have been working hard (on myself) to allow her more control in things.

I'm looking forward to hearing what your daughter has planned for your trip, and I hope you can enjoy the break from planning a trip.

Cant wait to hear about it! That RCI availability was sure tempting. Glad you grabbed a room at Key West!
M

Looking forward to it.

Yay!!! Getting to see trip planning from a kid you've seen "grow up" on these pages sound like a lot of fun! I'm in!

Ready for some more magic. Can’t wait to hear all about it.

Can’t wait to see what your daughter plans out for you!

Well, I'm definitely in for the ride!

Following along as usual!!!

Love your trip reports and looking forward to what your daughter has planned! We will only overlap by a day (darn!) but I’ll keep an eye out just in case!

Original Poster
Let's take a look at the basic outline of what she's got planned for us. Obviously, we've trained her well because the plans look an awful lot like what ours would!

We are leaving to drive overnight on Thursday, 8/19. I've got a rehearsal to teach until 9pm, so we expect to get on the road about 10pm. With breaks and allowing for traffic, that means we should arrive at WDW around 1pm on Friday, 8/20.

8/20 - On more recent trips, we have been heading to the hotel first upon arrival, but this will be like we did when she was younger and straight to Magic Kingdom upon arrival (okay, so technically we will drive to Old Key West and park the car to hop on a bus to MK) and stay in MK for the entire rest of the day and evening. Although, the option to take a little break at OKW is not totally off the table. No specific attractions planned, but continuing to experience things even during HEA in the evening.

8/21 - Knowing that we will all be exhausted, she has us sleeping in a little bit and then we've got a breakfast at Olivia's followed by a full day at Epcot. Hitting as many attractions as possible and eating at Food and Wine kiosks through the day. Epcot Forever to finish off the evening from as close to the America pavilion as possible (we tend to a spot along the lagoon between America and Japan).

8/22 - Early morning at Studios (of course, trying to get Rise passes) with an early lunch at Sci-Fi. Likely an afternoon break at the resort for a nap or some pool time. Back to Studios in the evening to possibly watch Wonderful World of Animation with an after-closing reservation for drinks at Oga's.

8/23 - Universal morning for Velocicoaster and some Harry Potter attractions. Lunch at Toothsome's Chocolate Emporium (which I assume will include one of the extravagant milkshakes). Afternoon/evening at Magic Kingdom and watching HEA this time!

8/24 - Morning at Animal Kingdom likely including an Everest marathon for the girls. Early lunch reservations at Yak and Yeti. After a break in the room, over to Epcot for some touring and then late dinner at Rose and Crown - hopefully seated outside to watch Epcot Forever from our table.

8/25 - Another Animal Kingdom morning, but just for breakfast at Tusker House (okay, and maybe an attraction). Then it's over to Blizzard Beach for some water park time! We might head back to Animal Kingdom in the evening to get a closing time ride on the safari and then we have Citrico's for a nice dinner and possibly watching some fireworks from our table.

8/26 - Magic Kingdom opening for visits to as many mountains as we can get to! We have a very late lunch at The Wave... well, not really at the Wave, but at California Grill who are currently hosting the Wave breakfast - yeah, it's a bit odd. Back to the room for some afternoon rest and relaxation at OKW and then to Studios for whatever attractions we might want to do and Slinky as close to closing as we can get in line.

8/27 - Our check out day is a third Animal Kingdom morning for some Pandora or early Safari. Not sure of lunch plans, but we might end up back at OKW (even without a room, getting some relax time at the pool and/or some food or drinks). Then over to Magic Kingdom for some last touring and one more viewing of HEA before it goes away. And then, once again, we will hit the road for some overnight driving back north!

Certainly some things different from what I would have planned, but it looks like a great 'final trip as a kid' adventure is in store for us. And I'm not even going to mention that we have a Christmas trip already planned...

Premium Member
Sounds fun have a great time! I'll be looking forward to your trip updates as I'll be back at work in teacher inservice during that time.

ajrwdwgirl said:
Sounds fun have a great time! I'll be looking forward to your trip updates as I'll be back at work in teacher inservice during that time.
Click to expand...

Sorry! Not to go too far down the rabbit hole of complaining about our districts decision making process... but, we still don't start school until after Labor Day, so our inservice starts on August 30. Sounds great, right? Not so much in March/April when we don't get a Spring Break at all (even though most parents still pull their kids for the majority of Easter week).

brifraz said:
Sorry! Not to go too far down the rabbit hole of complaining about our districts decision making process... but, we still don't start school until after Labor Day, so our inservice starts on August 30. Sounds great, right? Not so much in March/April when we don't get a Spring Break at all (even though most parents still pull their kids for the majority of Easter week).
Click to expand...

The sad face is for not getting a break in the Spring, we don't always get a week long Spring Break. It is every other year and then the year we don't have the Spring Break we have long weekends. In Wisconsin school can't start officially until September 1, but this year we are doing a "summer school" for two days at the end of August and then we get extra funding.

brifraz said:
Sorry! Not to go too far down the rabbit hole of complaining about our districts decision making process... but, we still don't start school until after Labor Day, so our inservice starts on August 30. Sounds great, right? Not so much in March/April when we don't get a Spring Break at all (even though most parents still pull their kids for the majority of Easter week).
Click to expand...

Another school that doesn't do spring break! I went to school in the same district that I still live. I had never even heard of spring break when I was a kid. I don't have an issue pulling my kids from school for vacation (not yet at least) so I guess I don't care that we don't get a spring break.
Share:
Facebook Twitter Reddit Pinterest Tumblr WhatsApp Email Share Link