Think of all the joy you’ll find
When you leave the world behind
And bid your cares goodbye!


Ahh, a relaxing getaway from reality. No cares or concerns. Just bliss.

Not exactly a perfect picture of vacationing at Walt Disney World during Spring Break, is it?

Two years ago we missed out on our usual adventure thanks to Covid. The stay-at-home vacation just wasn’t the same! (Although you can read about it here: https://forums.wdwmagic.com/threads/the-“no-trip”-trip-report-completed.964173/)

Last year we were able to return, albeit under Covid protocols. We believed that enduring masks 24/7, plexiglass and vinyl dividers on attractions, mobile order Door Nazis and limited shopping/dining/entertainment would be acceptable in exchange for the very low crowds that we’d experienced on earlier pandemic trips. But the parks were packed and we ended up spending a lot of time at the pool (which wasn’t a bad thing. We’re pool people.)

Now that park capacity has increased and nearly all Covid restrictions are gone, we expect to find the shoulder-to-shoulder spring break crowds of yore. And long lines. So we’re packing our patience and “It is what it is” attitudes.

Because in spite of all the negatives WDW is still our happy place. 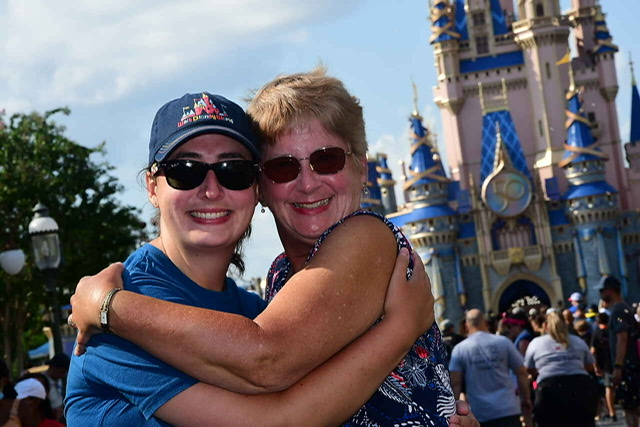 My plan is to go live upon our departure. Fingers crossed that Disney WiFi will be my friend.

Speaking of friends, we hope to meet up with a few. You’ll have to follow along to see if we do.
Click to expand...

Disney Loving Swede said:
Sad that I am back from celebrating my birthday at DLP but let the celebrations continue when there is a Tuvula trip report to catch up on!
Click to expand...

I wonder where Disney go the idea for ...

Tuvalu said:
My baby picture would have been in black & white.

which is still better than having to go into the cave to see my picture on the wall!!!!

From Figgy to Farm Ride. 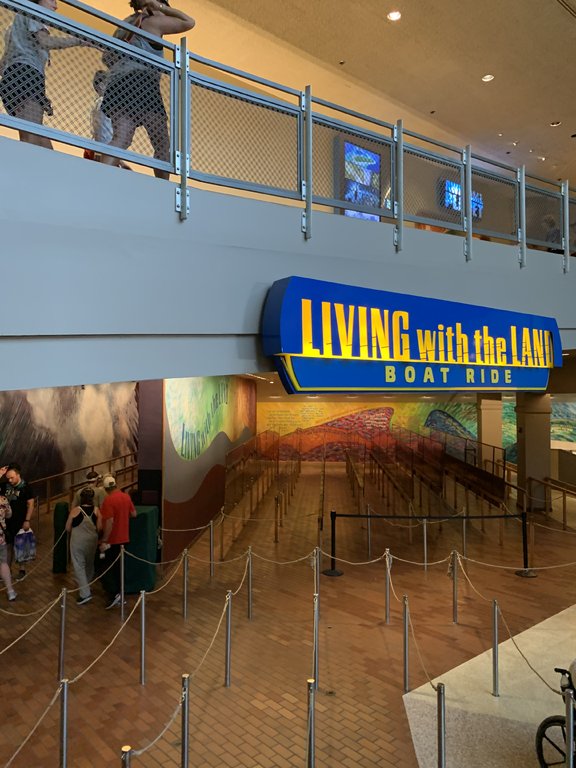 Plexiglass still in the queue….for now. 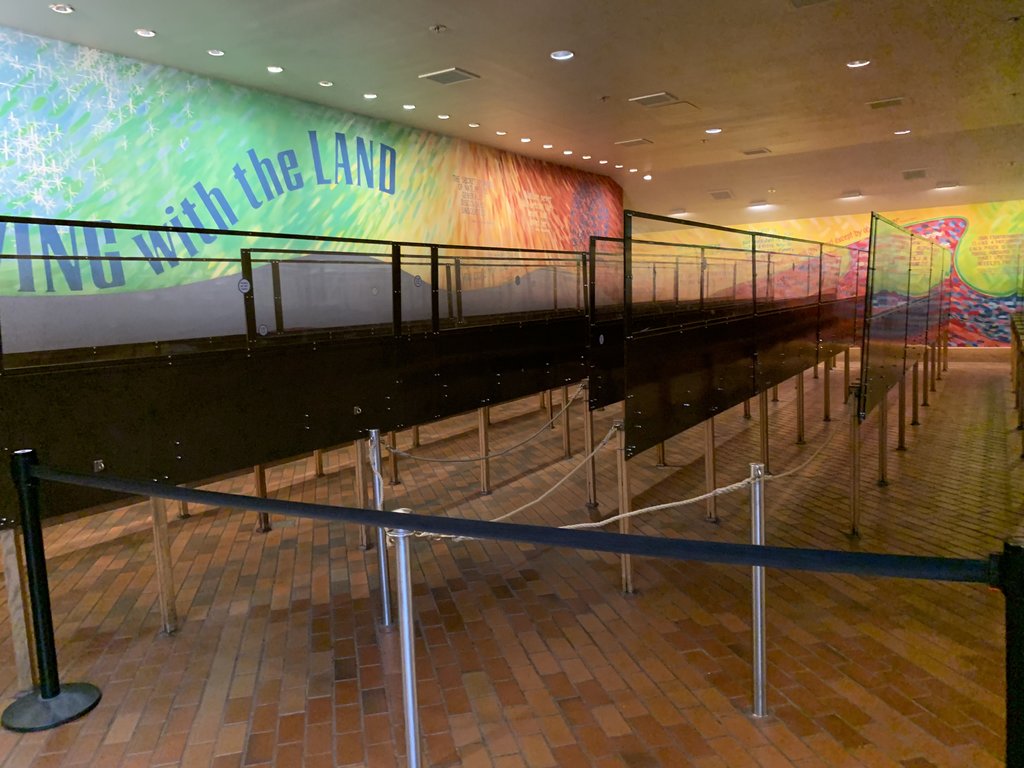 Woody and I had the back half of the boat to ourselves. The greenhouses are extra pretty in the spring. 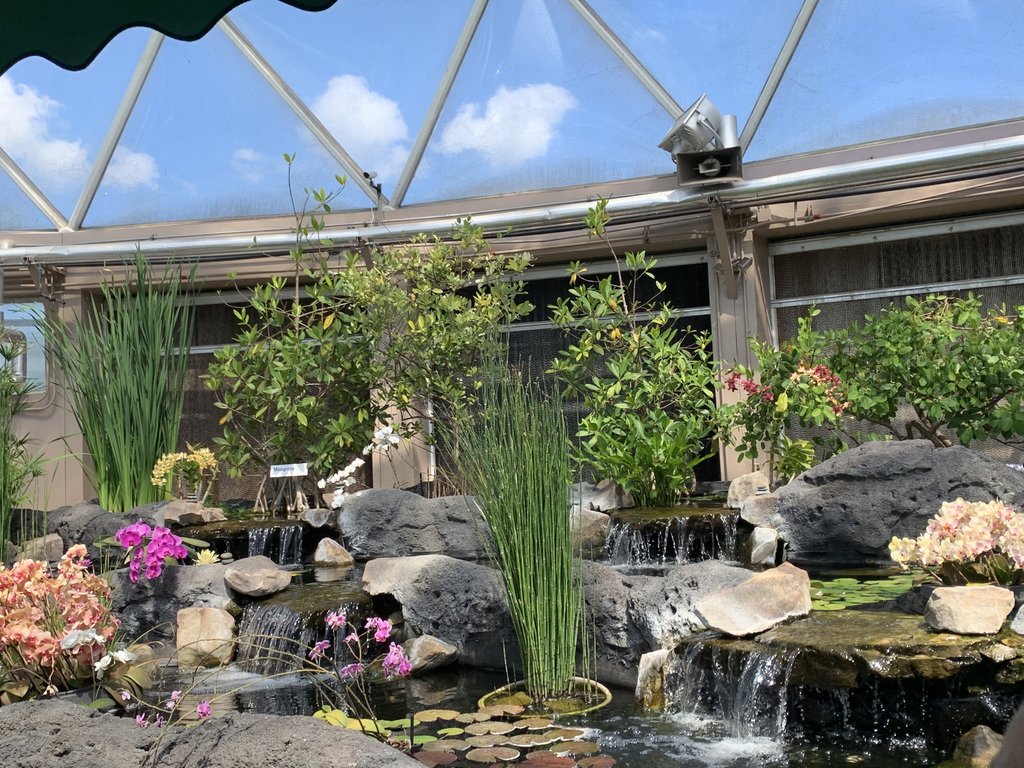 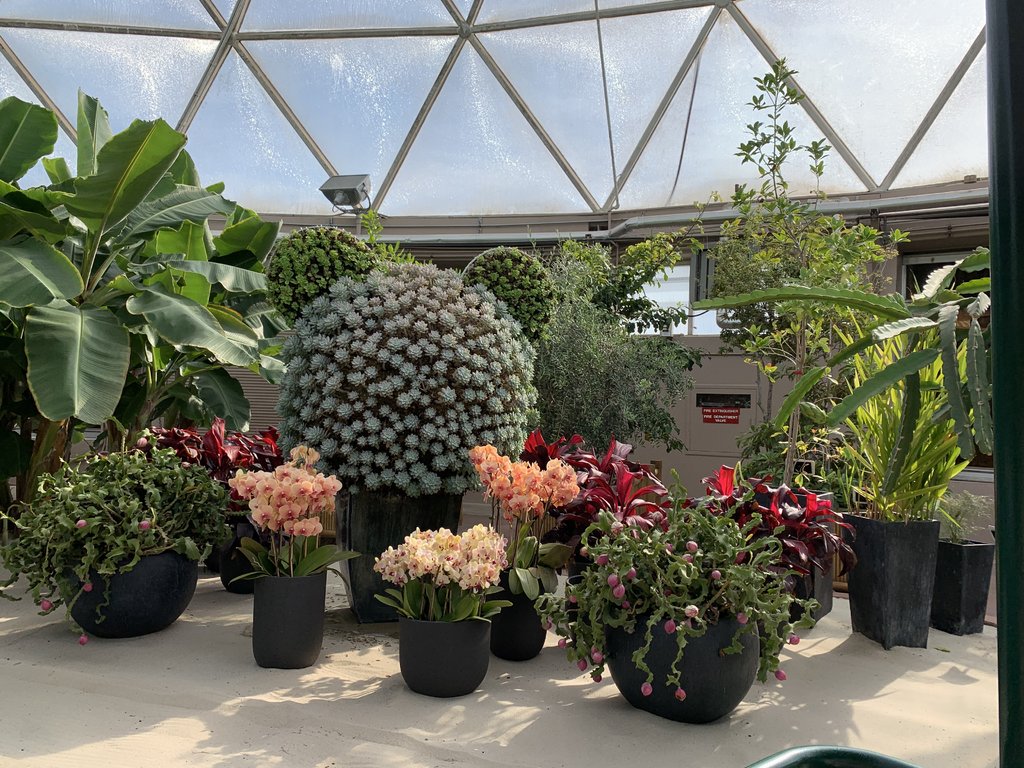 We slowly approached a remarkable sight. Something so unusual, so unique. Something that a certain member of our family swears is a unicorn ~ something never seen in the LWTL greenhouse.

But we saw it with our own eyes.

And I was quick with the camera to document the evidence.

And even quicker to send the picture to our doubting daughter.

What was this rare sighting? 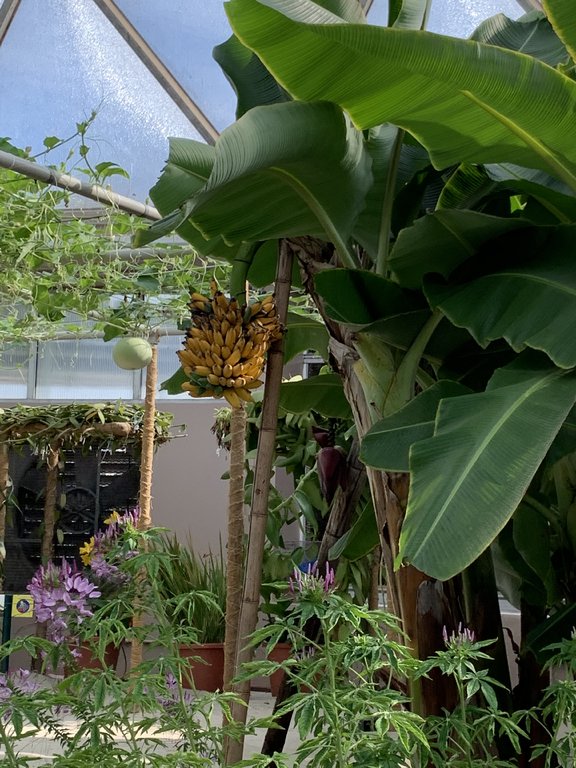 A big bunch of YELLOW BANANAS!!!

Said daughter….who claims the bananas are always green….was quick with a snarky response.

I still took a pic of her favorite sunflowers anyway. 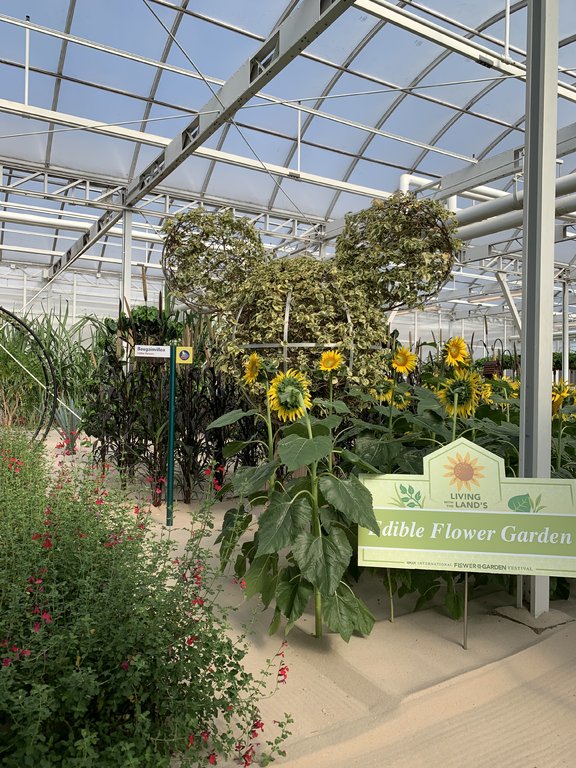 I took the next one for my mom. For years she painted gourds, turning them into turkeys, snowmen, Santas, ghosts and other creative seasonal decorations. She would study the shape of each gourd before determining what it would become. I bet she would make swans out of these two. 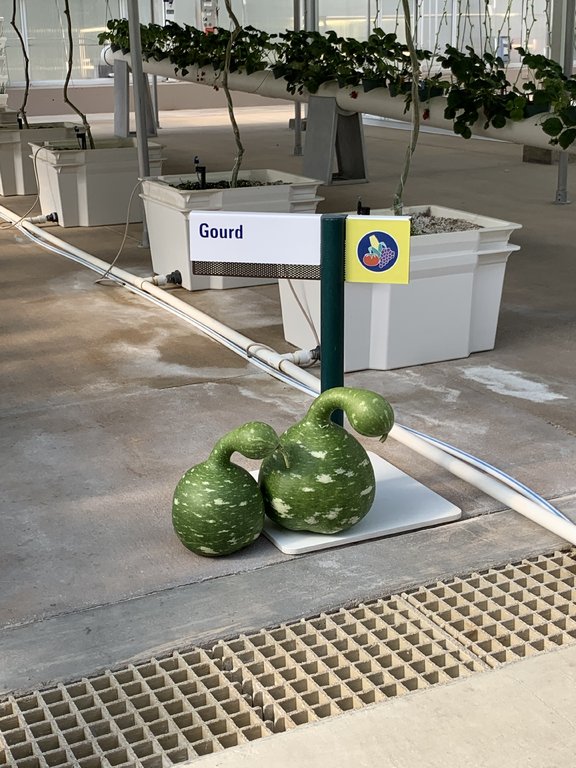 Disney horticulturists are creative too. Can you see the 50 in the lettuce leaves? 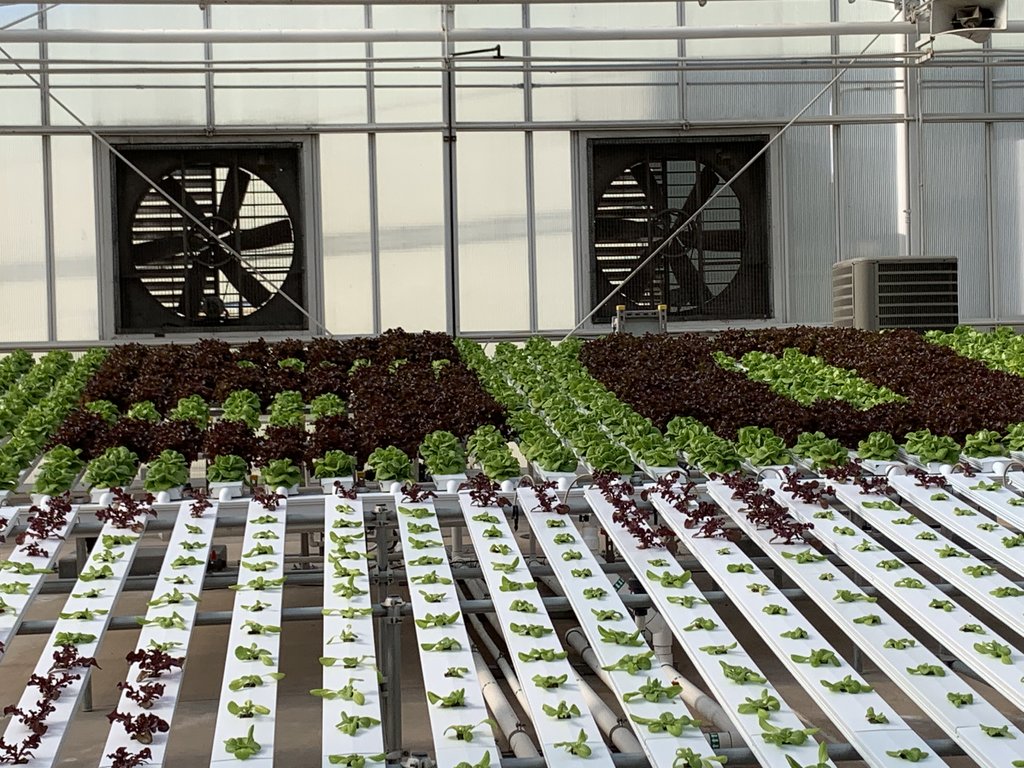 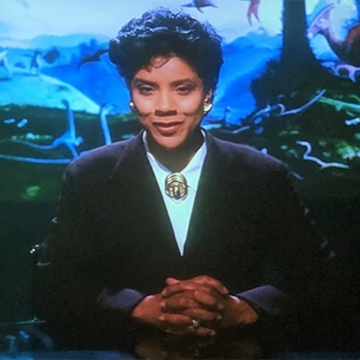 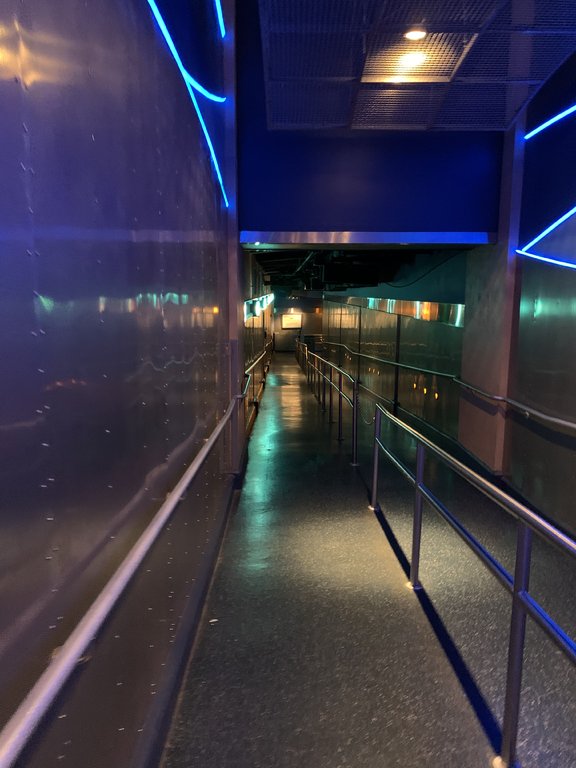 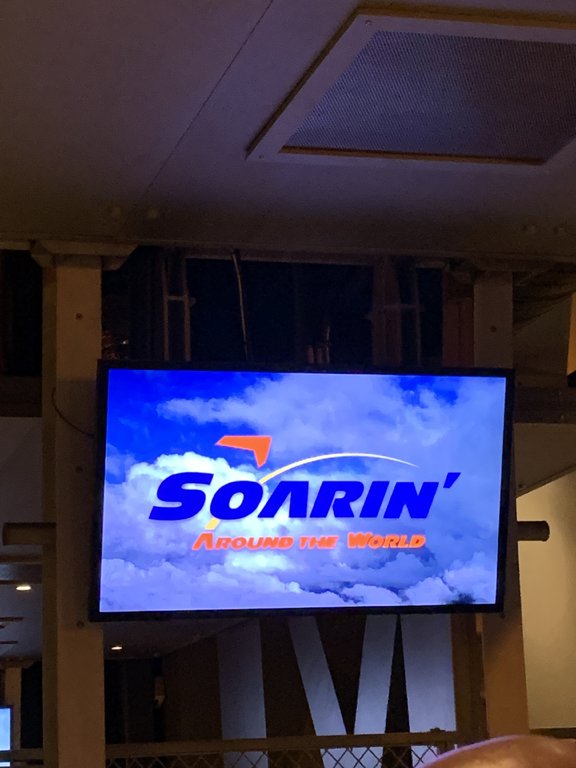 No bendy landmarks for us!

Premium Member
Original Poster
It was time to make our way to dinner. Woody and I continued to admire the floral displays and topiaries as we strolled towards the restaurant. 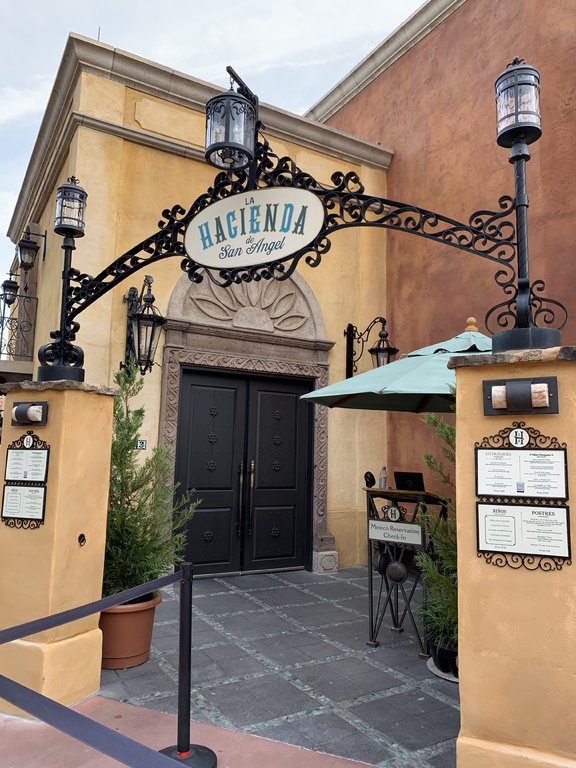 We actually found a bench(!) to sit on while we waited for our friends.

Originally we were to meet here tomorrow (our travel day) for an early dinner, before @lindawdw and her husband P flew home later that night. But you know the airlines….their flight was changed to an earlier departure and we would miss each other. So plans were modified and dinner was back on!

L checked us in and we were pleasantly surprised to be led to a table next to a window. We had a lovely view of the beautiful taco barges and giant portal that now grace the middle of World Showcase Lagoon. 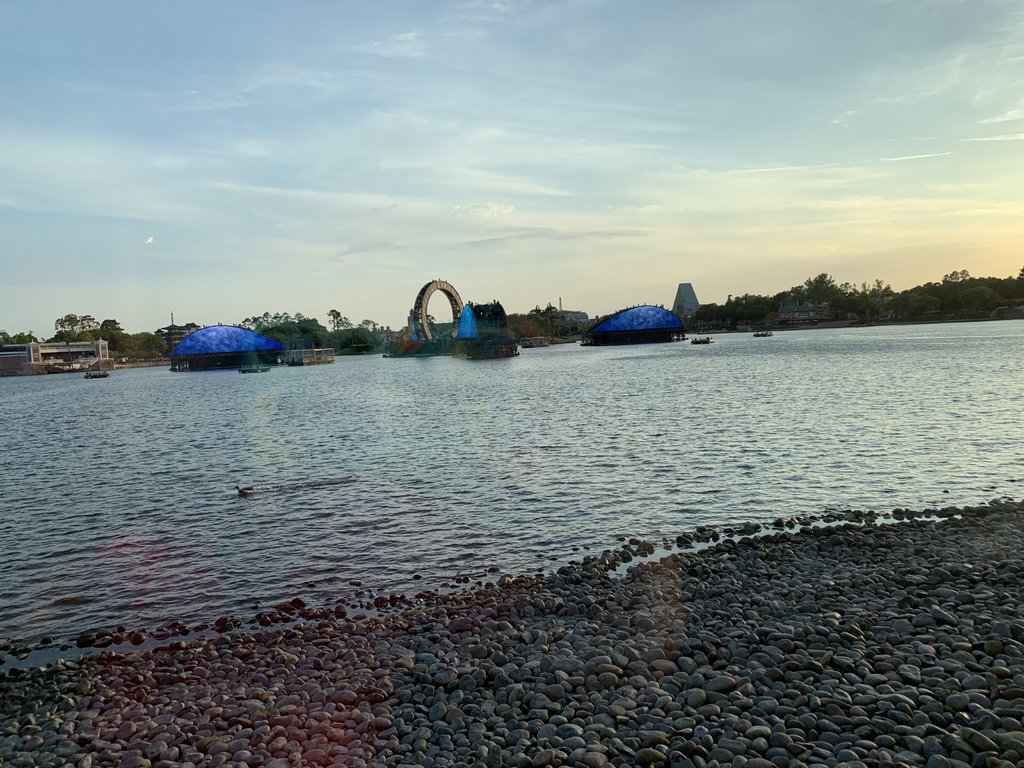 (“That looks like upside down staging for a rock concert,” sound guy Woody observed.)

Our server was Chucho. He would disappear for long stretches at a time, prompting P to comment: “I think he took the Choo Choo train outta here!”

Chucho would redeem himself later, which you’ll see in the next post.

I really wanted the guacamole with mango salsa. I’d had it with Em and we devoured it. Woody is not a huge guac person but said he would share it with me (though I don’t remember offering to share 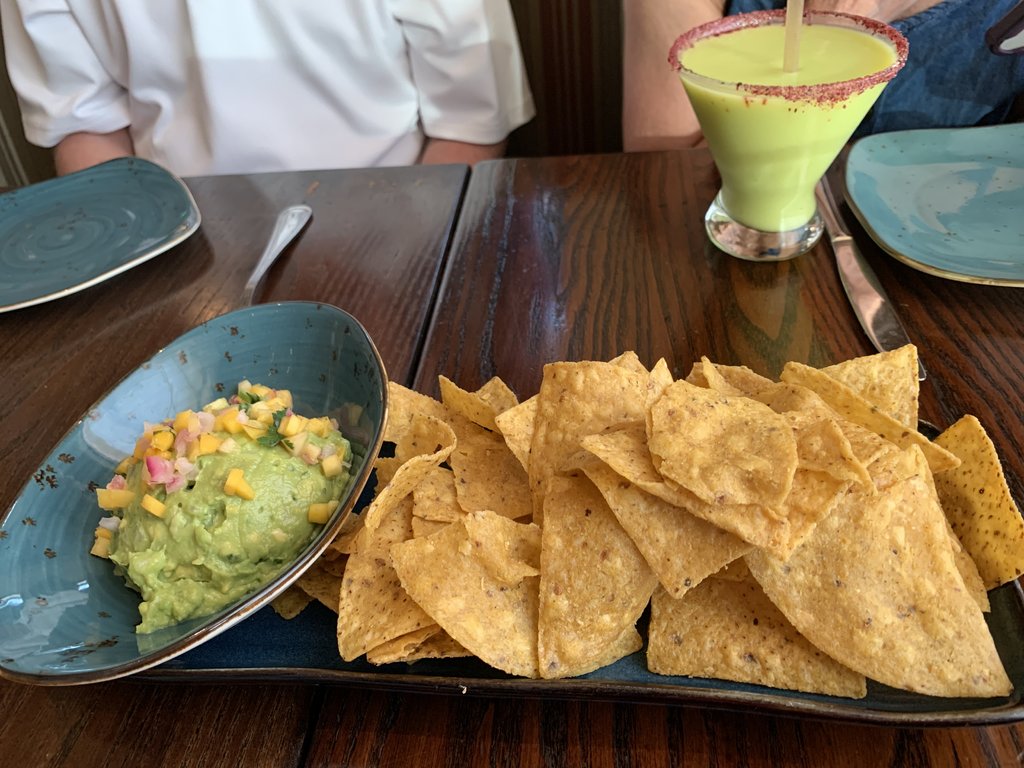 The avocado margarita belongs to L. It’s her favorite! 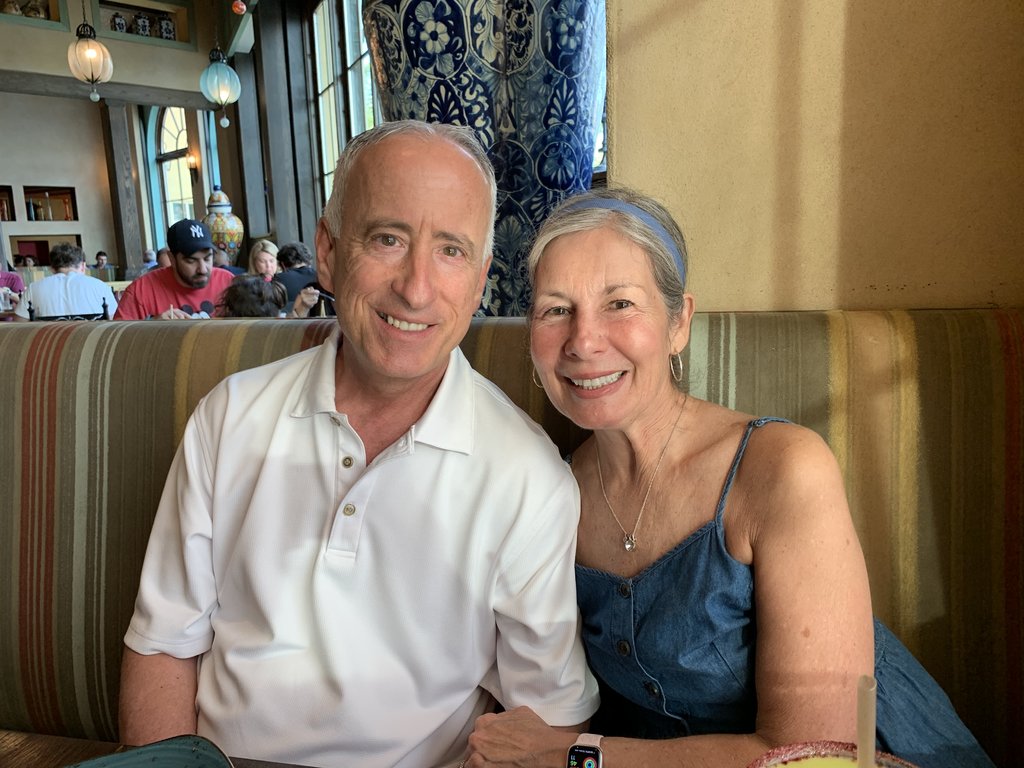 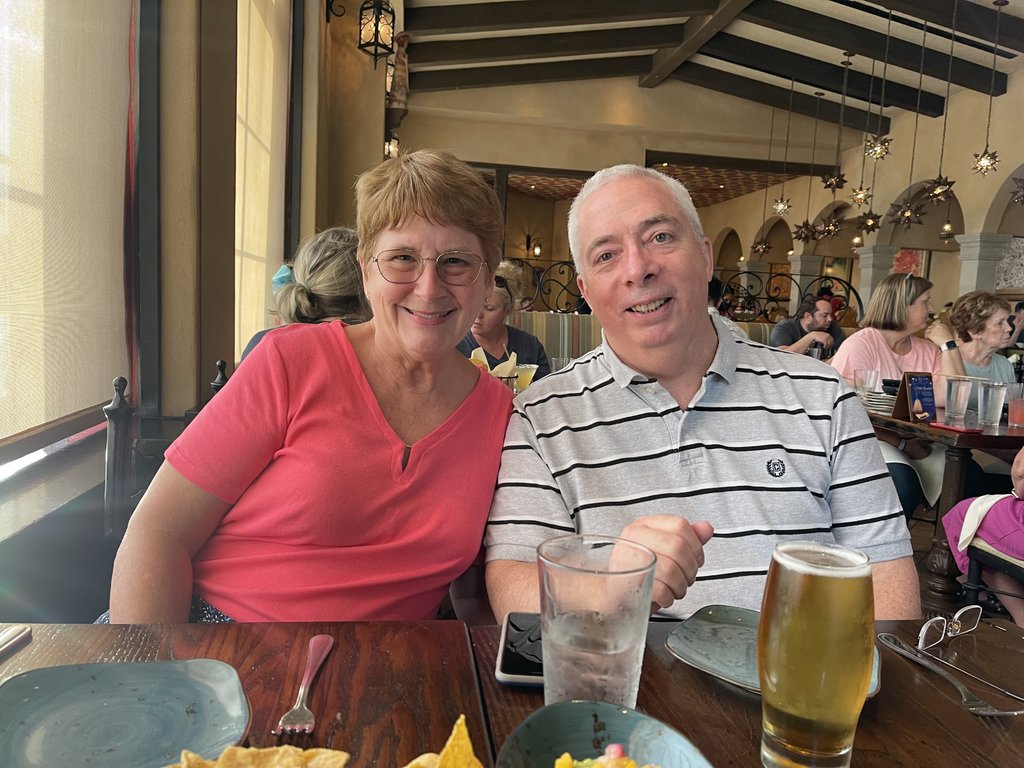 The guac was great but the chips (not warm) tasted like they had been sitting out awhile and had lost their crunch. I ended up using the rest of it atop the Alambre de Res that Woody and I split. 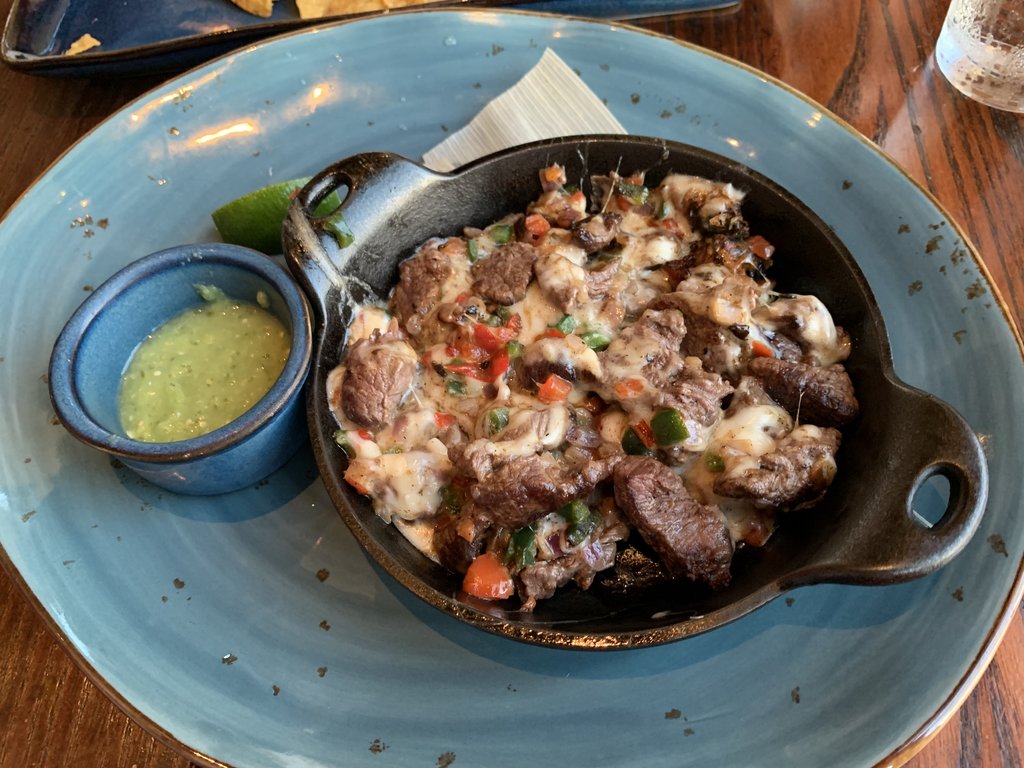 L & P had the Parrillada Del Mar, a seafood dish that serves two. It did not disappoint! 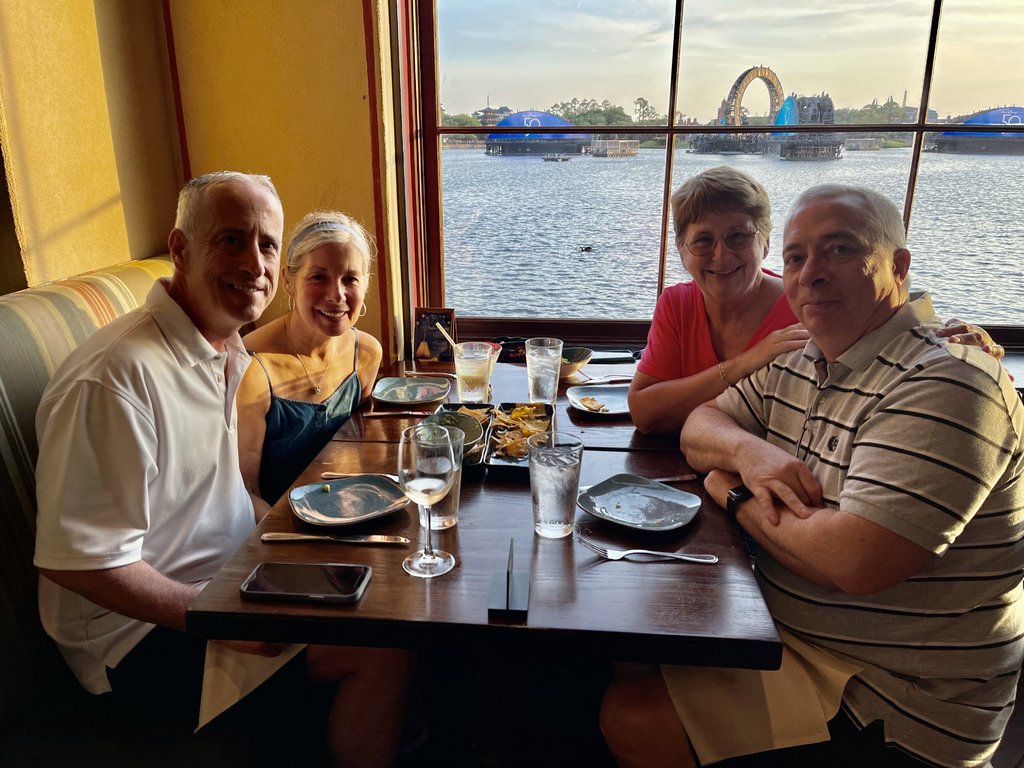 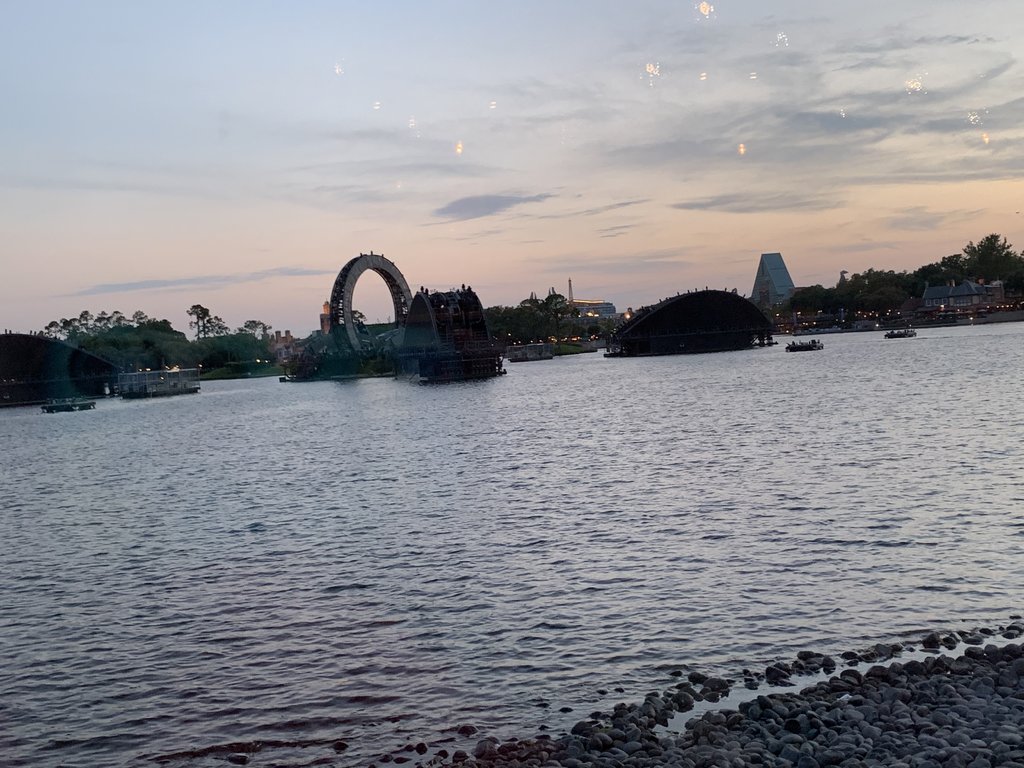 Premium Member
Original Poster
Before he brought us our checks we had asked Chucho if the restaurant offered any discounts. He said only the 10% DVC discount. L piped up with “We’re DVC” but Chucho did not ask for proof.

When he brought our separate bills he had given both of us the DVC discount (Chucho props #1!)

“You’re staying here to watch the show?” he asked.

Harmonious would not start for another 30 minutes. “Can we?” one of us asked with trepidation, assuming the restaurant would like to turn the table.

Woody and I had not yet seen Harmonious and weren’t planning to stay for the show. L&P had seen it ~ “it’s IP music with fireworks” ~ and were not impressed. But none of us wanted to miss an opportunity to watch even a lackluster show from the comfort of sitting in an air conditioned restaurant, away from crowds.

We chick-chatted and guy-gabbed (@MickeyCB) until the show began. The music was piped in so we could hear everything. 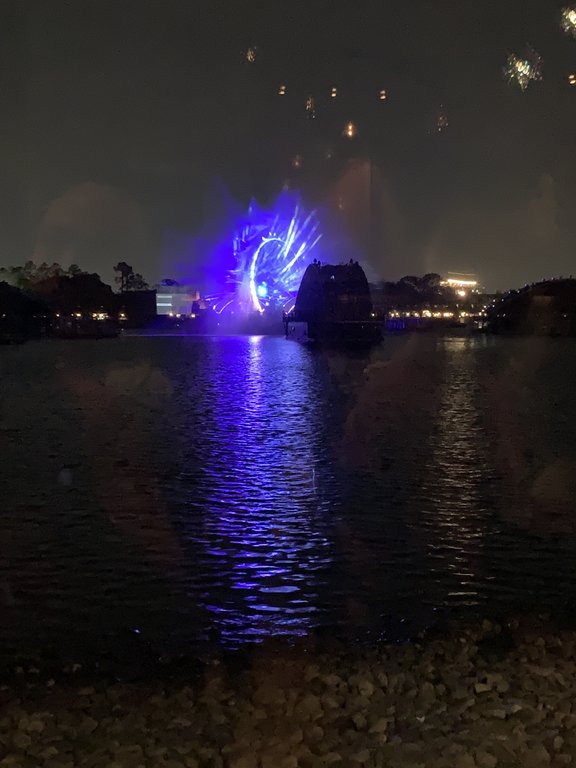 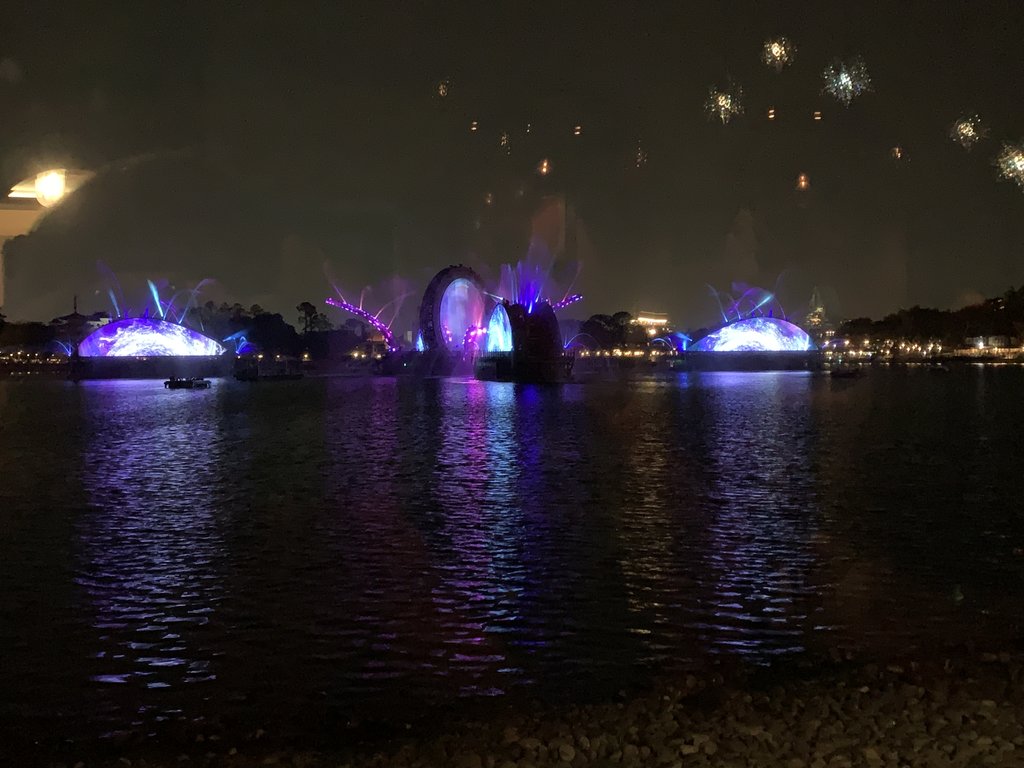 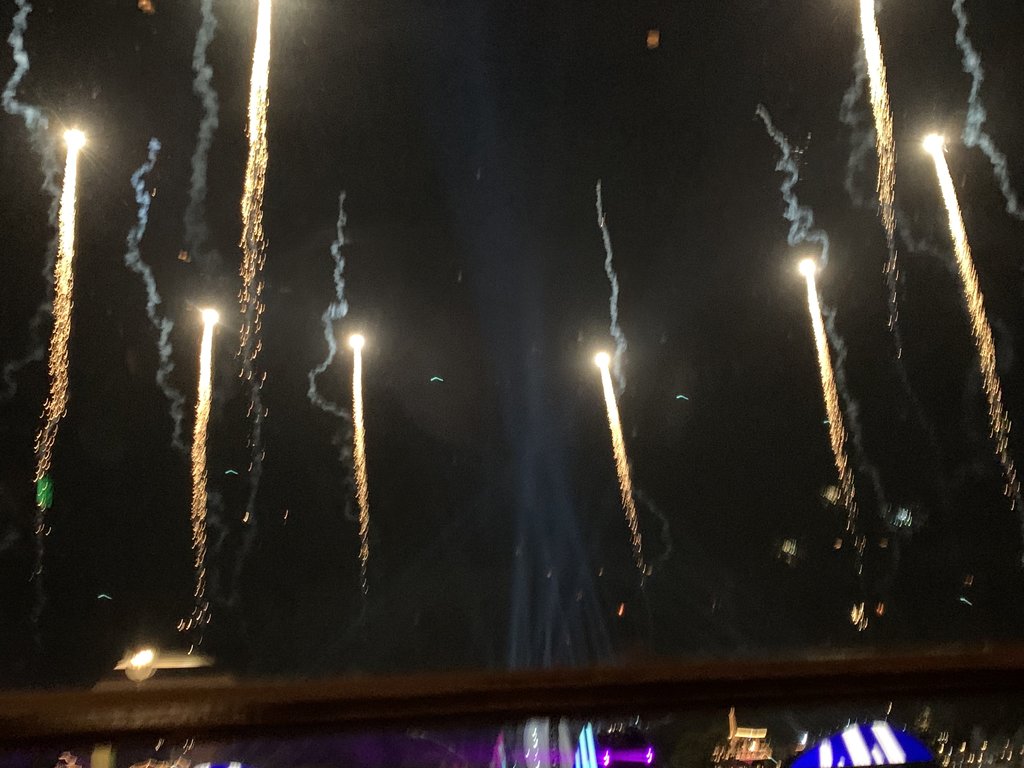 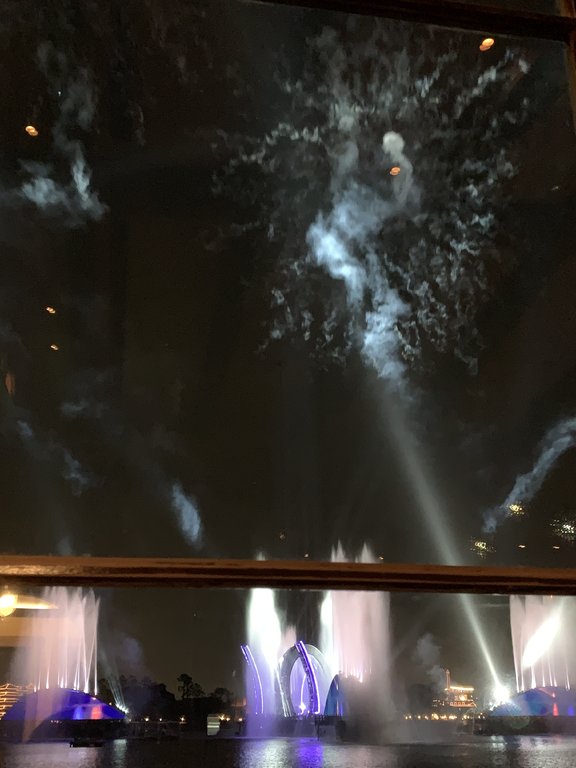 Bearing in mind we saw the show under optimal conditions….and that I love fireworks….we all came away with the same opinion.

Premium Member
Original Poster
Woody and I bid goodbye to our friends (they walked back to Boardwalk) and endured the nightmare traffic departing the parking lot. One of the Epcot overpasses was closed, meaning that 5 lanes of traffic merged down to 2!

What should have been a 5-10 minute ride back to our non-bubble hotel took 25 minutes. And when we arrived at the Homewood Suites, there was NO PARKING! We drove around the lot and then drove next door to the Home2Suites (sister resort) and finally found a space near the back of their lot.

It wasn’t until the next day that we discovered there was a parking garage (not visible from the front) that we could have used….had the (non-helpful) agent at the Front Desk told us about WHEN WE CHECKED IN!

You guys look great! (The tacos behind you not so much)

I know this little gif is supposed to represent bored, but it looks more like what the heck to me!

Love it!
I've been hesitating to start our little chat thread because the mean girls (and boys) @Darstarr mentioned make me nervous!

After a tough day at work, this is just the perfect reading to end the night! Excited to be along for part tu!

MickeyCB said:
Love it!
I've been hesitating to start our little chat thread because the mean girls (and boys) @Darstarr mentioned make me nervous!

but you’d still get the benefit of a chat. Although it’s sad that you’d even need to do something like that to keep out toxic posters; I guess some people feel emboldened by the screen and think that makes it ok to be mean to others

MickeyCB said:
I've been hesitating to start our little chat thread because the mean girls (and boys) @Darstarr mentioned make me nervous!

MickeyCB said:
You guys look great! (The tacos behind you not so much)

I know this little gif is supposed to represent bored, but it looks more like what the heck to me!


Love it!
I've been hesitating to start our little chat thread because the mean girls (and boys) @Darstarr mentioned make me nervous!

I hope you'll post a trip report. Don't let the mean girls and boys stop you (and the rest of us) from having fun. I, for one, would love to see a trip report from you. This board and the world needs more happy stuff.

Yeah! I want to chick chat!

I had mentioned somewhere in my Oct. TR that it would be neat to have a chatting type thread among the trip reporters on just life in general so you don't have to bump your thread if you want to share things going on in your life, graduations, babes, etc.
@Tuvalu had given me some ideas to start that thread, but I hesitated, because as you know, mean kids. The TR people are the best!!
Sorry @Tuvalu didn't mean to hijack here.