Could it be enough time to add the new effects from Disneyland?

Mike S said:
Could it be enough time to add the new effects from Disneyland?
Click to expand...

Check the below from WDW1974 back in April. He thought most of the BTMRR work can be done during the night shift. (Note post has been cut to just show relevant paragraph)


WDW1974 said:
Not sure if I have mentioned it yet, but sometime in the not too distant future Little Mermaid and BTMRR will have the DL upgrades added. I believe BTMRR will come first as much of that can be done at night. Mermaid is likely going down at some slow period next year to get the new ending.
Click to expand...

It would be good for DL effects to come - would be a great addition! An on-ride photo or video would be good too... Think what they did for 7DMT - any chance?

As of today, Disney has changed the dates. Big Thunder now is listed as closed from April 27-30, reopening May 1st.

Really hoping we get the new effects.

Sage of Time said:
Really hoping we get the new effects.
Click to expand...

Me too. Loved them in Disneyland.

NO!!! I try to plan my vaca's around refurbishments! My daughter is finally tall enough to ride some new rides and this one was on her list! Jungle Cruise is already going to be closed while we're there (another ride she LOVES)... Hrm... this is going to take some reorganizing (and convincing hubby to stay an extra day...)

YAAAAAAAAAASS!!!!! So happy it'll open when I'm down there for my bday!!!

Mike S said:
Could it be enough time to add the new effects from Disneyland?
Click to expand...

Why do we always seem to copy what DL does....why not something completely unique instead?

unkadug said:
Why do we always seem to copy what DL does....why not something completely unique instead?
Click to expand...

The only alternative to the DL effects were long since switched off because of "safety reasons" (lack of proper maintenance caused the moving scenery to fall on the track apparently). So anything with actual movement is likely going to be considered out of the question by higher management, the only effects they've got to work with are lighting, projections and fog effects. There's only so much you can do with those types of effects to make it work with this particular scene. What other alternative do the imagineers have besides copying the DL effects? Leaving it like it is now isn't acceptable.

Anyways, i'd be surprised if anything show related is addressed in this "refurb". These short week or less closures are becoming more and more common and they really don't seem to ever address anything show related from what can be seen. I don't know what they really even do during these short downtimes (perhaps it's nothing at all, entirely plausible that we've gotten to where penny pinching has become so serious that they set up these short closures as an excuse not to have to run certain attractions on certain days, wouldn't surprise me). Though I do recall a post where WDW1974 stated the effects could be added in during overnight shifts. We'll see, I don't expect this though.
Last edited: Feb 14, 2015

Premium Member
So glad my annual end of April vacation will be at Disneyland this year! BTMRR is my favorite ride in the MK.
J

What exactly ARE the DL effects?

JoyE said:
What exactly ARE the DL effects?
Click to expand...

Premium Member
I thought this was a neat little detail. A mine entrance in the back has audio. I read this was new. 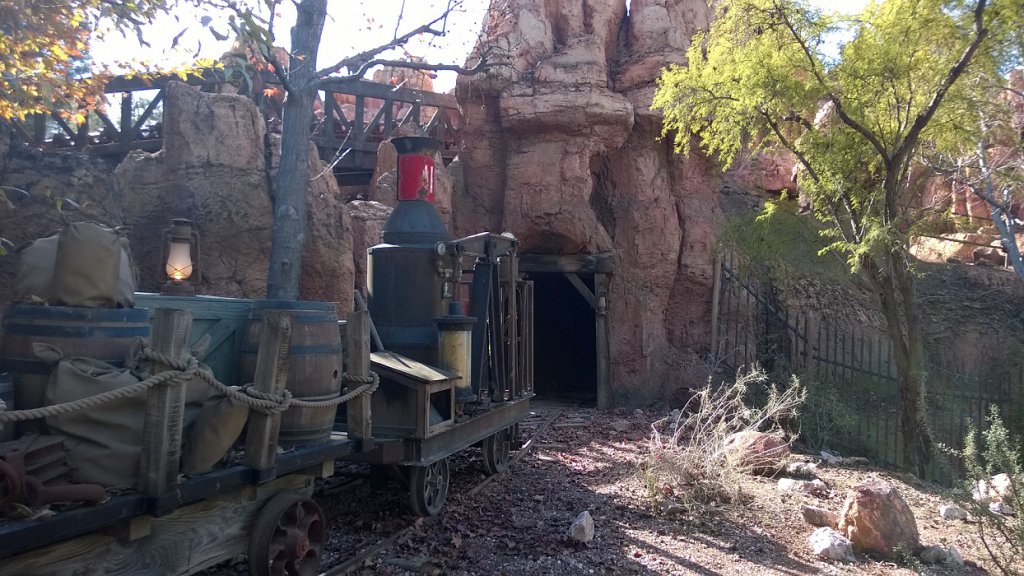 Are those projected effects? Very well done if so.

unkadug said:
Are those projected effects? Very well done if so.
Click to expand...