Original Poster
Since Disney just recently announced that "101 Dalmatian Street" will finally makes it's U.S debut on Disney+ later this month (February 28th). I decided to create a thread dedicated to the series itself. As of this writing, the first season of the series is almost wrapped up. However, the show has been airing on Disney Channel UK and other European Disney stations since last year. 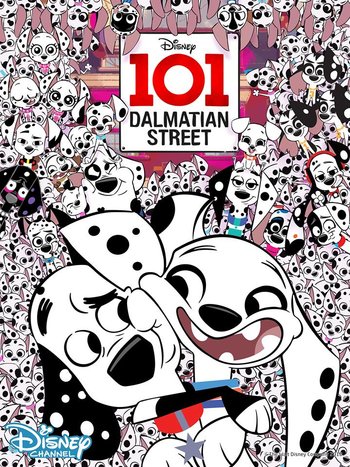 For those unfamiliar or just learned about this series, 101 Dalmatian Street takes place in a modern setting and is set years after the events of the original film. The series itself gained a lot of advertisement leading up to it's UK premiere in March 2019 (a preview was shown on December 2018). Passion Pictures even announced on teaming up with the series last Spring.

(Note: I was originally going to create a thread for this series way back in the Summer of 2017 or Spring 2019. But since Disney has been very silent on the series' debut in the U.S. before the annoucement of Disney+ (but when Disney was still working on their own streaming service). I decided to wait until we finally get some news on the series hitting Disney+ since most users on this site are Americans. Yes I'm aware this site was created in the UK, but I didn't want to worry about other users getting spoiled with episodes that already aired on Disney Channel UK.)
Last edited: Feb 8, 2020

Original Poster
The series will keep it's original UK/British audio and won't get redubbed.

Original Poster
Friendly reminder that the series will arrive tomorrow on Disney+.

Original Poster
The series is now officially on Disney+! Can't wait to start watching this series.

Original Poster
And the episodes are out of order.

I watched the first episode! It was so cute! Boom Night was such a fun little episode.

May give it a go after I finish watching everything else in my backlog lol.
J

When will the original series be on Disney plus?

Original Poster
Just got finished watching the series this evening on Disney+. I seriously loved the series, and really enjoyed the new characters (especially Diesel, The Triple D, and Dolly). I also love the animation and character designs. Surprised this series isn't discussed that much alongside "The Legend Of The Three Caballeros".

Original Poster
The series will begin airing on Disney XD on March 29th.