Original Poster
For Halloween season Disney does a great job with the not so scary parties for families with children. It is good to have Halloween events that little ones can attend and not be frighten.
But now that Disney own FOX entertainment and movie franchises such as Alien, Predator, Omen, and others, do you think in addition to the family offering at MK they would ever consider a more terrifying haunt event at maybe Studios or Epcot late night for teens and adult with more frightening haunts and scare areas?
This would give a good competitor to Universal HHN, and a option for couples and marrieds with non children. What do you think? A good idea option for certain nights or too much and too scary for WDW? I would not mind. This way all ages have fun Halloween options this time of year.
D

That is what I am thinking, though what got me wondering is the Fox aquisition and the fact scary haunts is one big area of the theme park market where Disney letting ALL of the money go to Universal and other competitor now.

Original Poster
And one more thing, I didn't mean any of this as a replacement for Not So Scary parties at MK. I meant in addition such as Hollywood Studio or Epcot.
MK parties definitely are a lot of fun and need to happen for the families.

No, I don't think so. Nor would I want it. It wouldn't really fit at Walt Disney World. Let Universal handle the horror and let Disney stick with the not-so-scary.

Tom P. said:
No, I don't think so. Nor would I want it. It wouldn't really fit at Walt Disney World. Let Universal handle the horror and let Disney stick with the not-so-scary.
Click to expand...

I understand this. But even after hour, where families can enjoy Studios Epcot, like any normal day until park close?
Nobody would notice the scary horror elements unless purchased ticket to event.

Absolutely. We have for years and don't plan to ever stop going to MK parties.
But was thinking as a extra offering, a night for example go to Hollywood Studios after park close where there are scare mazes and houses for a few hours. Money that would have been spent at Universal. It would seem like a win for Disney tapping into competitors market and a win for WDW guest not having to leave property. Just a long shot but I realize will probably never happen, which is fine.

HKDL did a HHN style event a few years ago but, had changed it more to how it is out in DL with their Halloween time event...The only interesting thing they did do is that They at least did have scare mazes..

As much as I’d enjoy a scarier Disney event it never will happen. Disney wants to remain the “family” entertainment spot. Anything too scary or anything that would not involve the entire family wouldn’t be accepted. They’d never go anywhere near the route of HHN that Uni has going on. They wouldn’t do an adult only feature that would exclude younger kids either.
They are willing to give over to Uni the scarier events and stick with what’s working for them. The uproar you’d hear if Disney would run haunted houses and chain saw goblins jumping out at people would be endless.

Adult kind of Halloween scares are plentiful at other locations locally, and not just theme parks. That said, there are 4 parks. So ML can continuing what it does. EPCOT with all the different countries and some of the space it has seems a good candidate (some countries could offer some kind of walk through). The Studios could probably fit it in as well.
Last edited: Oct 6, 2022

Sirwalterraleigh said:
Unlikely…but there is a niche at perhaps studios where they could have a somewhat adult event
Click to expand...

I always thought front half of studios would make a great spot for an adult Halloween event, you already got tower, Halloween overlay for RnRC, exclusive showing of fant!…

Club Cooloholic said:
Adult kind of Halloween scares are plentiful at other locations locally, and not just theme parks. That said, there are 4 parks. So ML can continuing what it does. EPCOT with all the different countries and some of the space it has while seem a good candidate (some countries could offer some kind of walk through). Ans the Studios could probably fit it in as well.
Click to expand...

Well, as we can see that DL does two different parties..It would be good to have a second alternative at DHS similar to the Villians Unleashed event they did in 2014.

It would make sense to do it at DHS if they wanted to, but can’t see it happening. 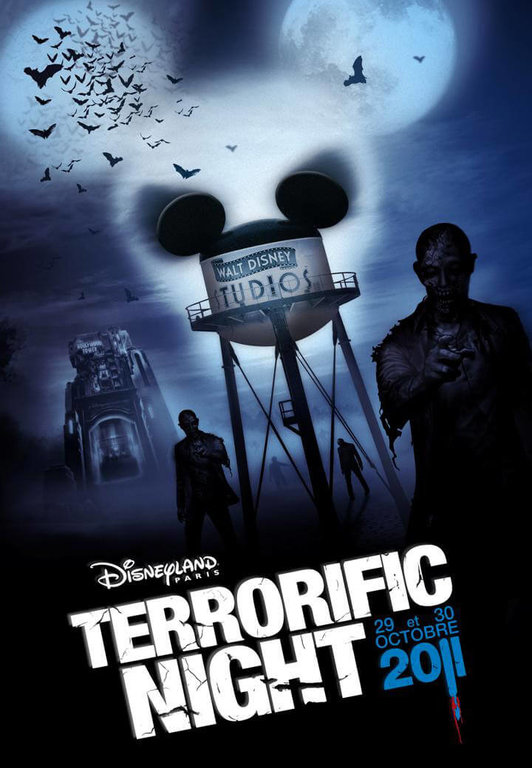 There was a successful Tower of Terror road race several years ago. A number of runners got dressed up Halloween style the race at WDW began at 10pm finish line at DHS and the park was open to the runners and their guests until 4am.

Original Poster
Also to mention when I say adult and scary, that doesn't mean blood, gore, or many of the intense themes HHN has in their haunts.
Thinking more like the level of the old and missed Alien Encounter attraction type. Those scares aimed at older audience, or walkthrough mazes with the level of scares from Alien in the old Great Movie Ride now extinct. And also unlike Universal, this event at WDW would not leave its props and sets out all day at the park. During normal park hours there would be no sign of the more intense scare event. You have to purchase a ticket and stay for the after hours, keeping regular operation the Disney family friendly we all know.
I love the example some of you showed from DL Paris and Hong Kong DL. Just like that, maybe cash in on some of the newly acquired horror Disney received after buying Fox. I agree too Studios would be the best option if this addition ever came to be.

Afterthought said:
That is what I am thinking, though what got me wondering is the Fox aquisition and the fact scary haunts is one big area of the theme park market where Disney letting ALL of the money go to Universal and other competitor now.
Click to expand...

This product exists elsewhere in the park down the road. Why would Disney want to do the same thing?

The answer is no. Disney's version of Halloween is sweet and a refreshing take on the holiday.