Would it have been cheaper to keep the original plans?

Original Poster
With the original plan to have the 'table top' area in Epcot that was scrapped for being too expensive, they obviously saved money by cutting that back. However is the amount they spent demolishing and then deciding to rebuild Communicore West more than what they saved on downgrading the 'table top' garden area?
J

The tabletop was apparently operationally expensive over the long haul as well according to what some here have said.

I guess the current plan is cheaper otherwise they would have built the table. The flipping and changing is a waste of money though. I think they would have been better off refurbishing the comunicore buildings and spending the saved money on imagination and wonders of life

Wasn't the table top building something that Iger liked? Could that be back in the mix?

Probably would have been cheaper to add a new version of Horizons and World of Motion with strict budgets instead of the mess that they are creating.

RSoxNo1 said:
Wasn't the table top building something that Iger liked? Could that be back in the mix?
Click to expand...

No looks like the building in its place is already vertical

But they could still add the table somewhere else... if the really wanted to.

Chupaca Bruh said:
But they could still add the table somewhere else... if the really wanted to.
Click to expand...

Triple its size and turn it into a parking garage

Is this some kind of bust? 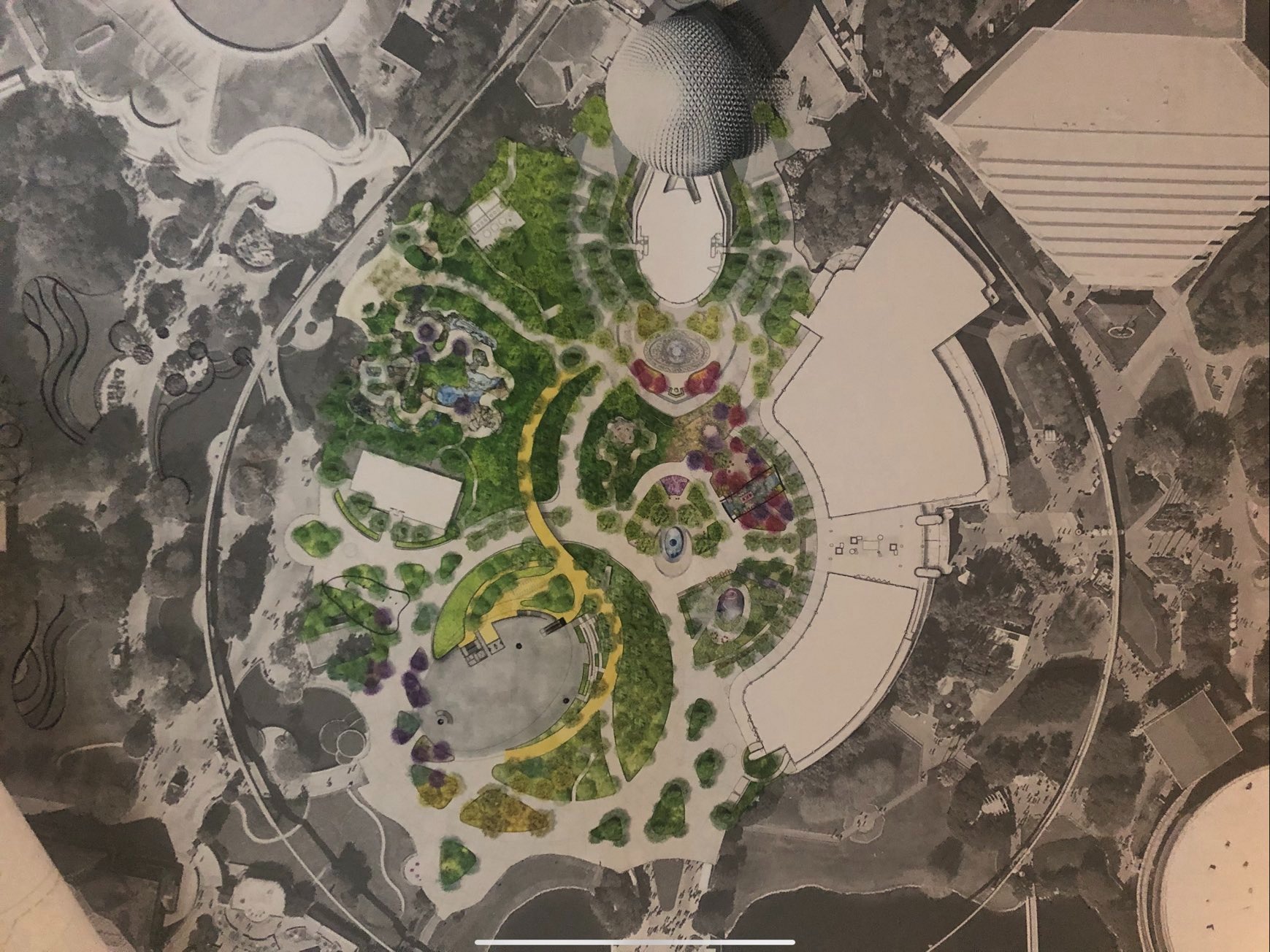 I would've at least kept the Fountain of Nations and gave it a much-needed overhaul to fix the broken water jets.

They could have demolished the central plaza, rebuilt the Fountain Of Nations in the actual center of the space as a circle instead of the oval that it was. Do the EPCOT Logo surrounding the fountain, then added landscaping and trees as is planned now. They could have saved Communicore West, re-programmed the attraction space into something amazing and necessary, still built the out of place Journey Of Water, and reconfigured the lake end of the building adding the stage area and outdoor plaza. The Meet and Greets could have been moved to the old Innoventions space and re-imagined completely into beautifully detailed permanent settings...micro-worlds for each character... which would be worth seeing even for those not as interested in Meet N Greets... The symmetry of the original design would have remained with beautiful plaza upgrades, Moana's Water Works would be pushed back into the space make it the actual corridor one passes through to reach World Nature or whatever it is called this week.
As we saw with the Communicore East building, stripping it back to it's original forms yielded a bright beautiful futuristic building... It would have in my opinion, been the best possible scenario and would have probably been cheaper in the long run.

Something else I thought of while I was at Epcot yesterday was that they could've kept the Fountain of Nations, but discontinue the water shows, and replace it with the points of light on Spaceship Earth.

They should have kept the other building and Fountain of Nations. It would have been better to have a possible new store, new restaurant and Club Cool. Rather than a cheap water fountain that doesn't fit with Epcot at all.