Whatever Happened to the Old EPCOT Center Omnibus? Let's See...

Original Poster
I am super excited to share this find with everyone, since I'm not one to uncover cool little WDW history bits, but here goes.

My boyfriend is a big "car guy" and we regularly go to cruise nights and car shows across Western New York (we live outside of Buffalo). Last night we went to a cruise night that we visit pretty regularly and I saw this: 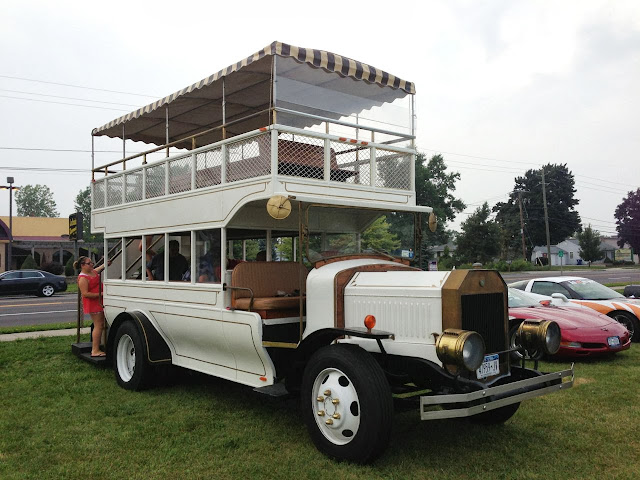 I turned and said, "Wow, that looks like the exact same model of the WDW omnibus!"

BF is like, "Yeah, mhm," as if I could tell the difference between different models of omnibus, lol. He can spot any car and know the make, model and year from a mile away, although even he isn't an omnibus expert

The New York State registration showed that it was from 1983...hmmmm. 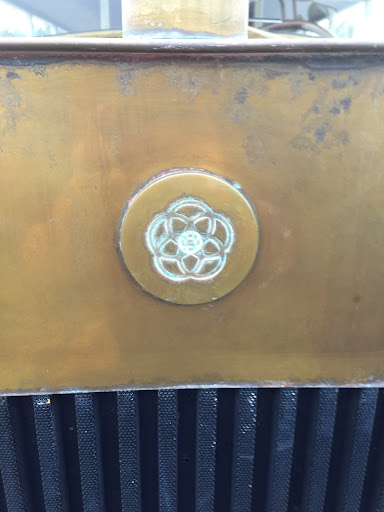 I started shrieking, "Omg, that's the EPCOT logo, babe - do you know what this means?!" He had seen the omnibus before we started dating, and they don't come to cruise nights regularly, but he knew who the owner was, so we walked onto the omnibus and I blurted out.

"Is this an original EPCOT Center omnibus?!"

He smiled and pulled out a photo album filled with pictures of the omnibus in EPCOT Center, and also during his work refurbishing it. He also showed me the original title (with WDW as the owner) and other cool pictures (he lets people use it for weddings...I told my boyfriend that I absolutely want that at our wedding, lol). His daughter has worked in special events at EPCOT for decades, and apparently when they were for sale, she thought of him. He actually owns two of them. He also said that a few years ago they called him about buying a third one. He flew down there and said that it was rotting out. Ironically, he said that they don't care for the vehicles well at all, considering the elements in Central Florida (hello - Spectro, anyone?!).

Anyway, this was such an awesome and amazing surprise, it totally made my night to discover a little bit of Disney magic here in Buffalo. And it was awesome that this guy lets people actually climb up and sit on the omnibus to truly appreciate it. I can understand why he isn't able to come out to the cruise night every week, though - he said that it doesn't even fit on part of his street!

Here are some more pictures for you guys - enjoy! 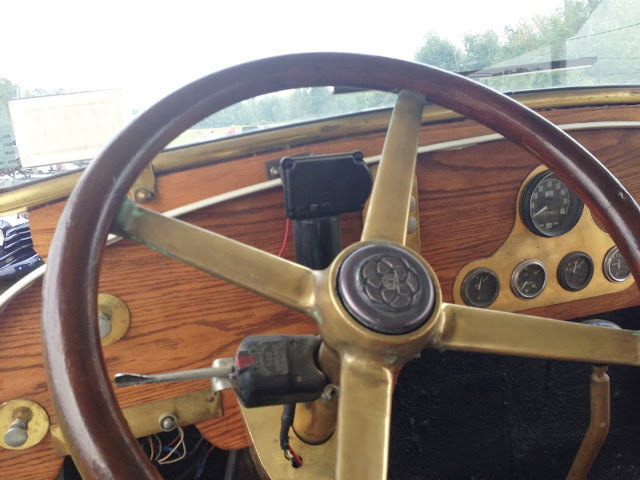 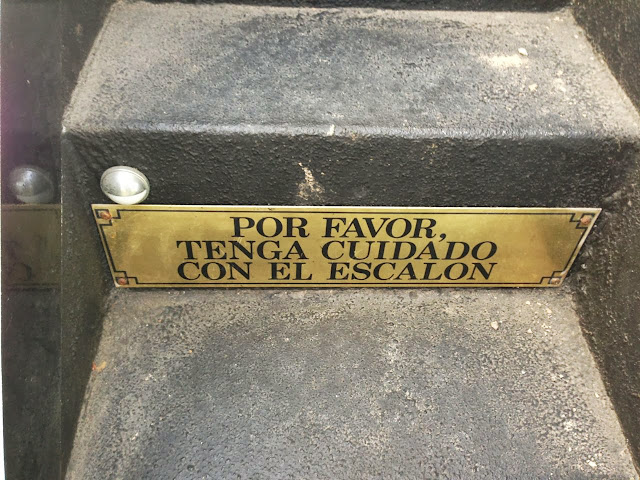 Here we are up top, facing the front: 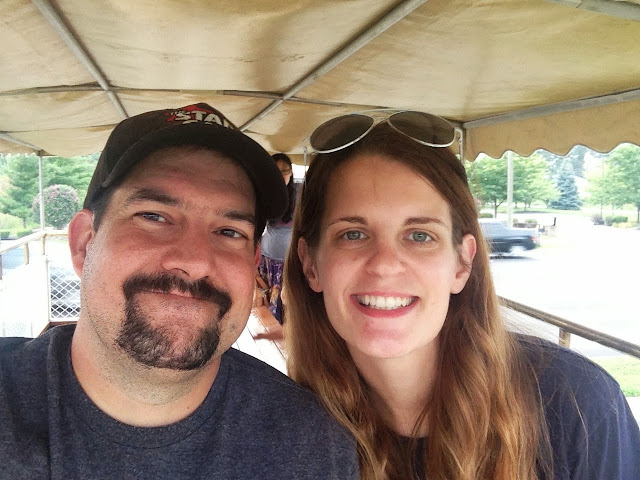 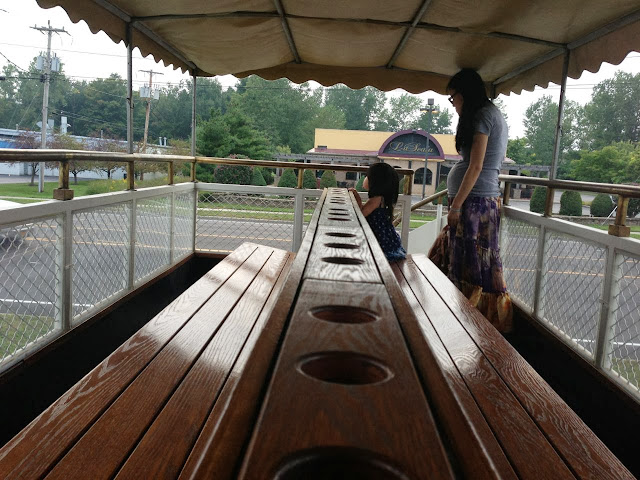 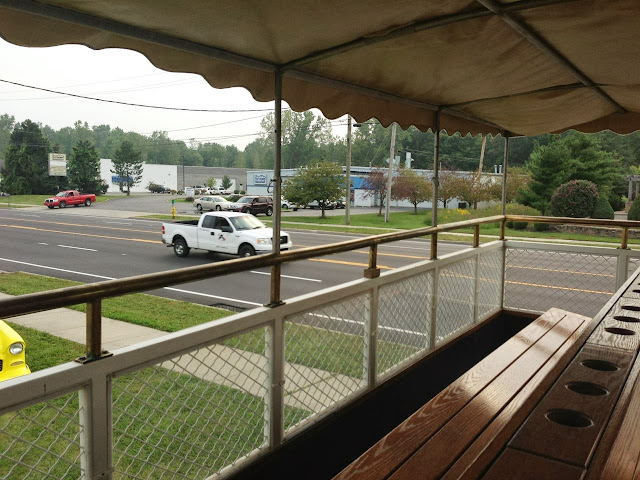 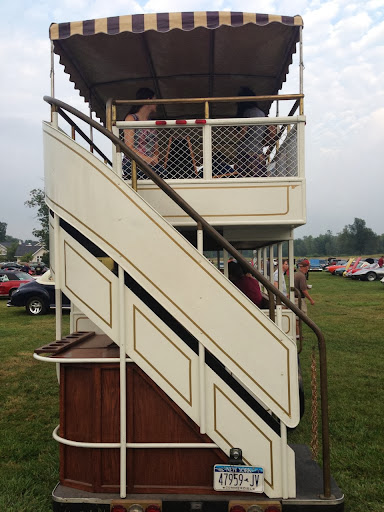 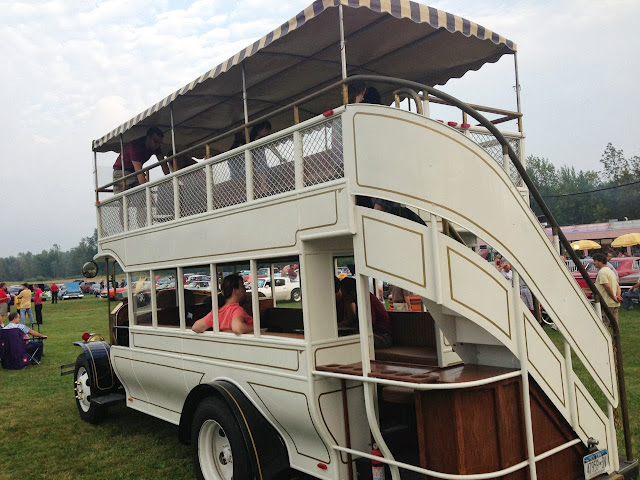 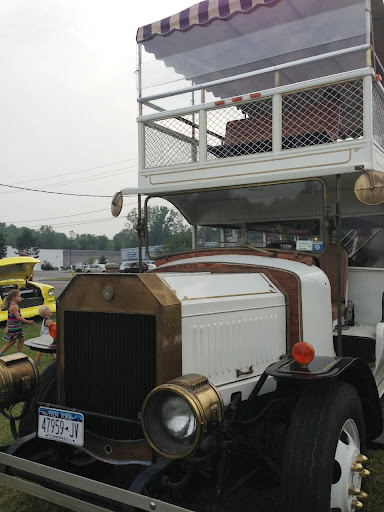 Advertisement
That would be cool for your wedding. A bit different from the standard limos.

That is really cool! It's like meeting a long lost friend in an unexpected place! I could understand the excitement!

Chrononymous said:
That is really cool! It's like meeting a long lost friend in an unexpected place! I could understand the excitement!
Click to expand...

That's exactly how it felt! My boyfriend understands my WDW geekery (especially for EPCOT Center and WDW history in general), so he was super excited for me. He thought it was crazy that he had seen and been on that omnibus years before we started dating and never realized where it came from!

That must have been a fun find. Thank you for sharing.

I remember riding it only once in Epcot(because yeah, getting to the other side of the lagoon in WS was a long walk for me back then!)

But I mostly remember my excitement of seeing all the characters hanging out of it and waving to me.

Wow - I love those moments when you realize you are looking at something really special and most everyone else around you has NO IDEA. They don't come along often - but are pretty cool!

Wow...just WOW.
Many thanks for sharing your excitement finding this!

That is soooo cool! Great find!

Awesome find! Thank you for sharing ..great pictures... I love that kind of retro stuff!

That is flippin' awesome! I grew up outside of Buffalo myself (Cheektowaga). Since I left in 1999 I haven't wanted to go back but now I want to, to find this guy! LOL! Awesome!!

World Showcase Transportation! Great find. I loved those things and somewhere I have a pic of me sitting in the driver's seat of one. Can't find that pic, but here is a shot I took in 1983 while riding on the upper level around Epcot:

I used to think my dream car was a Plymouth Superbird...but this ranks right up there. Had no idea there were some owned by individuals.

My wife drove these during her college program, brought back lots of memories..mostly screaming kids and people who would not get out of the way of an oncomming bus, but memories none the less. Awesome find!

Awesome find .. love seeing these lost treasures. Most people wouldn't give a hoot, which is why it's such a benefit to have a website like WDWMagic

Amazing! Thank you for sharing!

It was also used during The Muppets At Walt Disney World special when The Electric Mayhem was on it.

Epic! What a find!


It would be sooooo cool to get some people together and drive down to WDW in that bus, and park it in the EPCOT parking lot with a completely neutral look on your face.
You must log in or register to reply here.
Share:
Facebook Twitter Reddit Pinterest Tumblr WhatsApp Email Link
Top Bottom