Trip Report We Kept Genie in the Lamp

50 years later, what goes around comes around.

Walt Disney World’s Magic Kingdom opened in 1971 with an admission charge and an attraction ticket system. Admission got you into the park (and onto the free If You Had Wings, sponsored by Eastern Airlines) but every ride required a separate ticket (A,B,C,D,E) which varied in price based on the attraction’s “value.” E-tickets were the most expensive (this is where the expression “it’s an E-ticket ride!” originated) and cost 90 cents apiece. Ticket books bundled A-E together for a reduced cost, but there were never enough E’s (and always leftover A’s and B’s.) Not to worry though ~ each land had its own ticket booth (think tiny kiosk) where individual attraction tickets could be purchased (assuming your parents said yes.

This was the system for over a decade. The introduction of all-day Passports (and eventual Park Hoppers) was a welcome relief for guests ~ ride what you want as many times as you want for no additional cost. Yes, you had to wait in line. Lines that often were very long. But it was a SIMPLE system.

When Fastpass was introduced at the turn of the century, it required some strategic planning and lots of extra walking to obtain the paper FPs in order to “skip” a line. Fastpass+ exacerbated strategic planning to a whole ‘nother level. But it was a FREE system.

Genie, Genie+, Lightning Lane and Individual Lightning Lane have thrown SIMPLE and FREE out the window. And now in 2021, we’re back to admission and paying for attractions.

At least not this trip.

This vacation was a respite for me as I grieve the recent loss of my father. It was a time for memories and nostalgia. A time for keeping things simple.

I’m ready to share if you’re ready to read.

Who: Tuvalu and Woody
When: October 22-29, 2021
Where: Disney’s Polynesian Village Resort 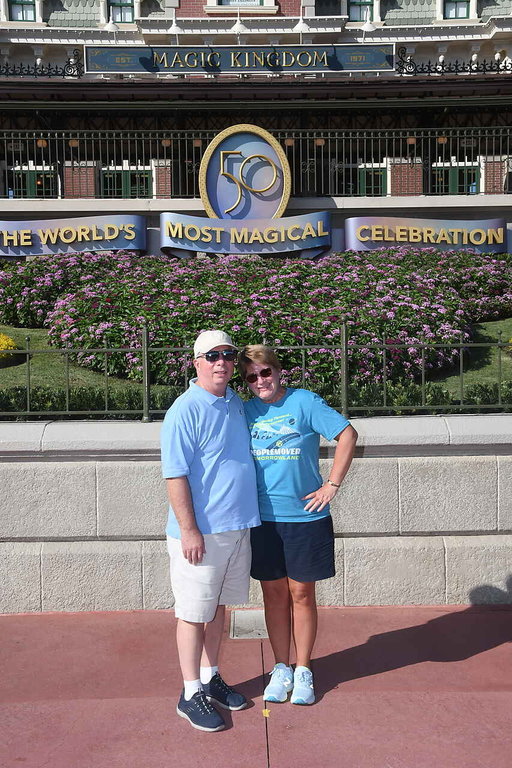 If you’d like to read about my very first trip to Walt Disney World:

The title says it all....my love for Walt Disney World began with my very first visit a mere 9 months after the Magic Kingdom opened its gates. My grandparents had recently moved to Florida and we made the long drive from New England to spend a week with them. During that week we would get to...

I can't believe I'm here first!! So ready for this and thank you for sharing!

Dang... so close to first! Maybe next time.. Looking forward to this!!

"I’m ready to share if you’re ready to read."

You arrived on the day I left.

Very much ready to read.
Your trip reports are a pure delight.
Thank you for sharing this trip.

I am always ready to read one of your trip reports!!

Can't wait to hear all about it, but boo that once again we were so close, but yet so far away!

One of the greatest introductions to a trip report. I'm always in for a Tuvalu report.

Premium Member
My condolences on the loss of your father.

In for your report.

My favorite trip reporter I'm in

Can't wait to hear everything about it.

I am very sorry for your loss, but I am very happy for your trip report, it something I look forward too whenever I see you on the boards!!!

So looking forward to this report.