Original Poster
Sorry been busy a lot lately planting with my garden getting stuff prepared and stuff like that. also sorry if some of the rides don't make since i just used what i can think of as i never seen star wars and had friends that seen star wars to help me with sections.
--Star Wars: Galaxy Edge
---Attraction
53.Millennium Falcon: Smugglers Run-Fly the fastest ship in the galaxy while hurling through hyperspace
54.Star Wars: Rise of the Resistance-Find yourself in the middle of the battle between the first order and the resistance
55.Star Wars: Endor Race-Race along in this cross galaxy Speeder bike race. You will start from Batuu and end in Endor. you will see race in multiple famous locations and see some classic characters from the star wars franchise. You will Ride through portal gates to get from multi planets.
The entrance will have rockwork and the high five flowing over on motorbike trains from toy story to galaxy edge. something similar to these imagines 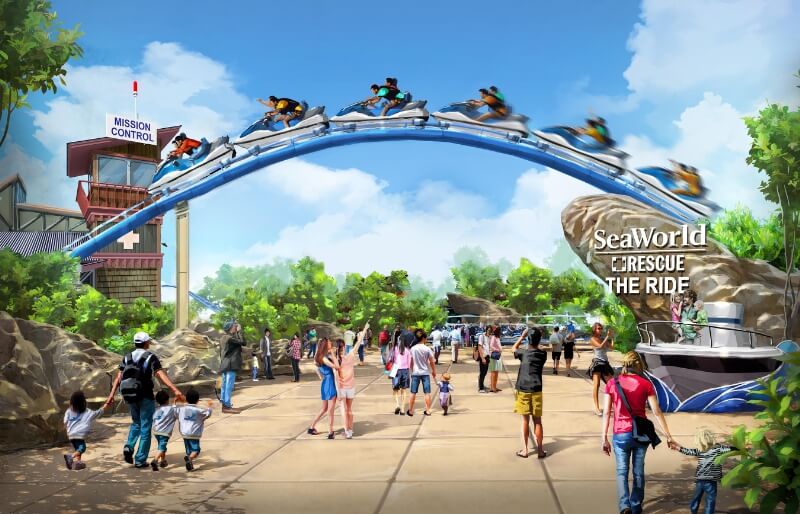 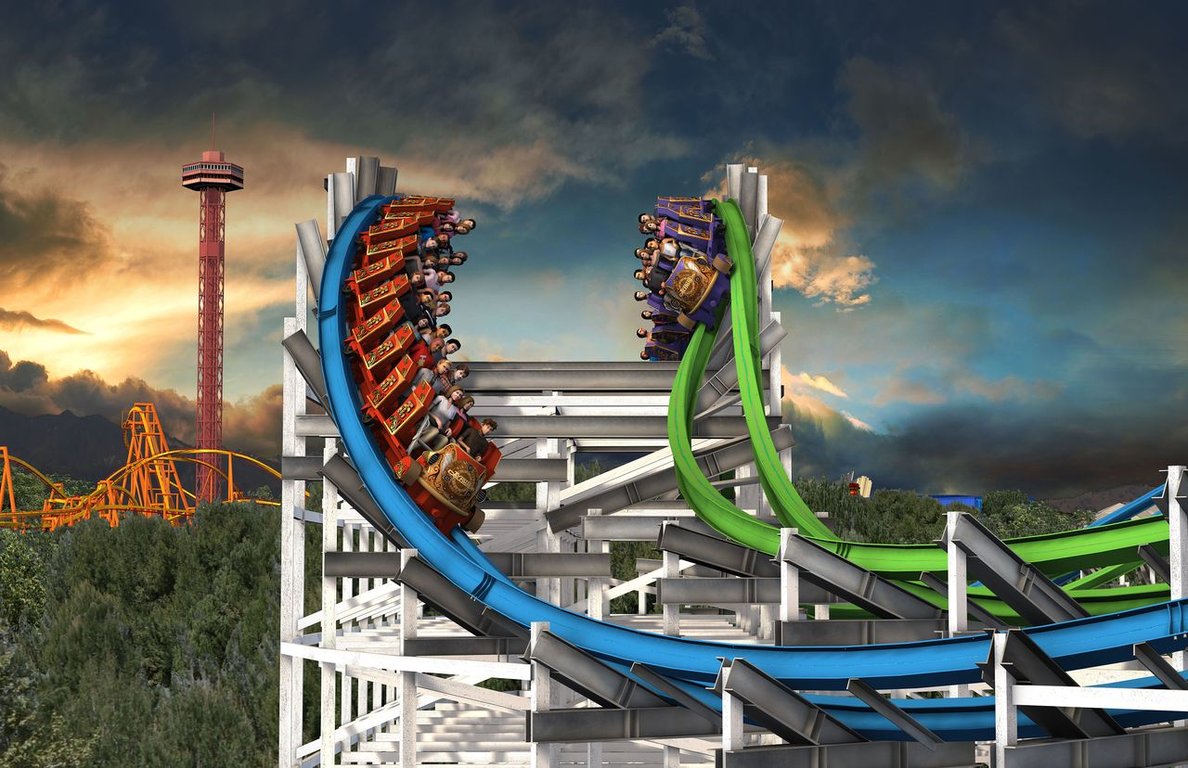 ----Restaurant
56.Kat Saka Kettles-Sweet and Savory Snacks
57.Ronto Roasters-Grilled Sausage and pork wraps
58.Docking bay 7:Food and Cargo-Variety of dishes from across the galaxy
59.Oga Cantina-Local Beverages
60.Milk Stand-Legendary blue and green milk
61.mandalorian dinner show-Eat a new new restaurant when all of a sudden a attack happens looking for the Mandalorian and baby yoda Lots of special effects happen in the show from small flames to gunshots being heard and sparks
-----Stores
62.The Market Merchants-Creature stall, Toydarian toymaker, Black sphire outfitters, jewels of bith
63.Dok-Ondar's Den of Antiquites-Find Unique galactic artifacts
64.Savi's Workshop-Customize your own unique lightsaber with the guidance of the gatherers
65.Droid Depot-Customize, assemble and activate a droid

During random times of a day you will random characters and droids though the land
during times there a hidden spot in the land you can practice using the force in a hidden Jedi of the secret order location. 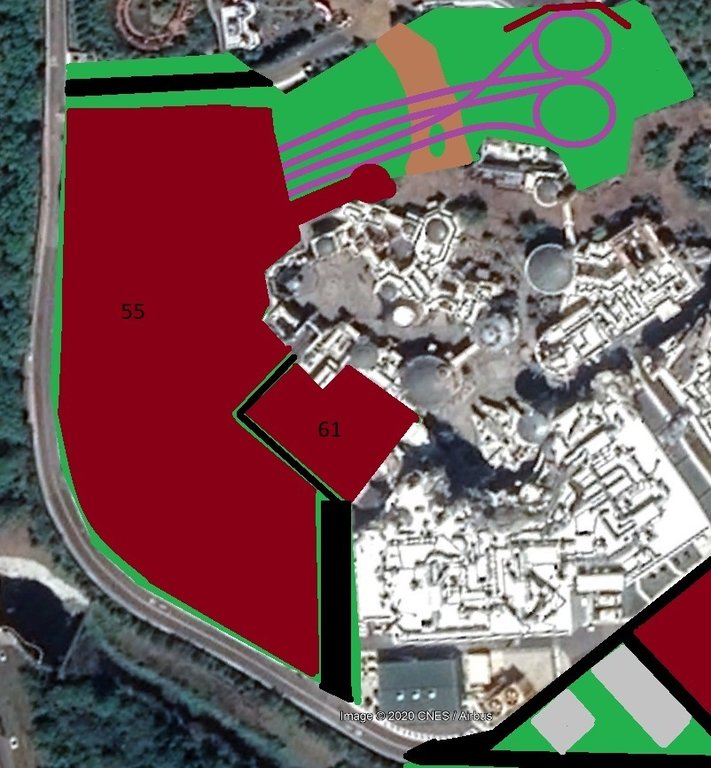 Cool. I wonder what you got planned with 20th Century Studios characters, and IPs even if Universal has the theme park rights to The Simpsons.

Original Poster
-Pixar Studios
--Toy Story Land
---Attraction
66.Alien Swirling Saucers-Hang on tight for a interstellar romp in a toy rocket----- set to an out of this world beat!

69.Army Men Flight Training-The Toy Soldiers need your help to patrol the sky's of Andy back yard as you learn how to fly using special wings on this special paper plane. you can do barrel rolls as many times as you want or enjoy the views of DHS.
This ride will be over 100 feet tall and have a special beacon on the top of it for night time shows. the painting scheme will be similar to Toy Soldiers Riders must be 48? tall to ride

70.Bo Peeps Carousel-Bo peep is herding the sheep with the sound of music. you will be riding special sheep and other Toy story animals.
71.Meet Toy Story Characters at Lincoln logs Cabin and The Barrel of Fun-From Jessie Woody and buzz to Bo peep and mr and miss potato head and lastly Bullseye
other characters that walk around
Sarge and the Bucket O Soldier 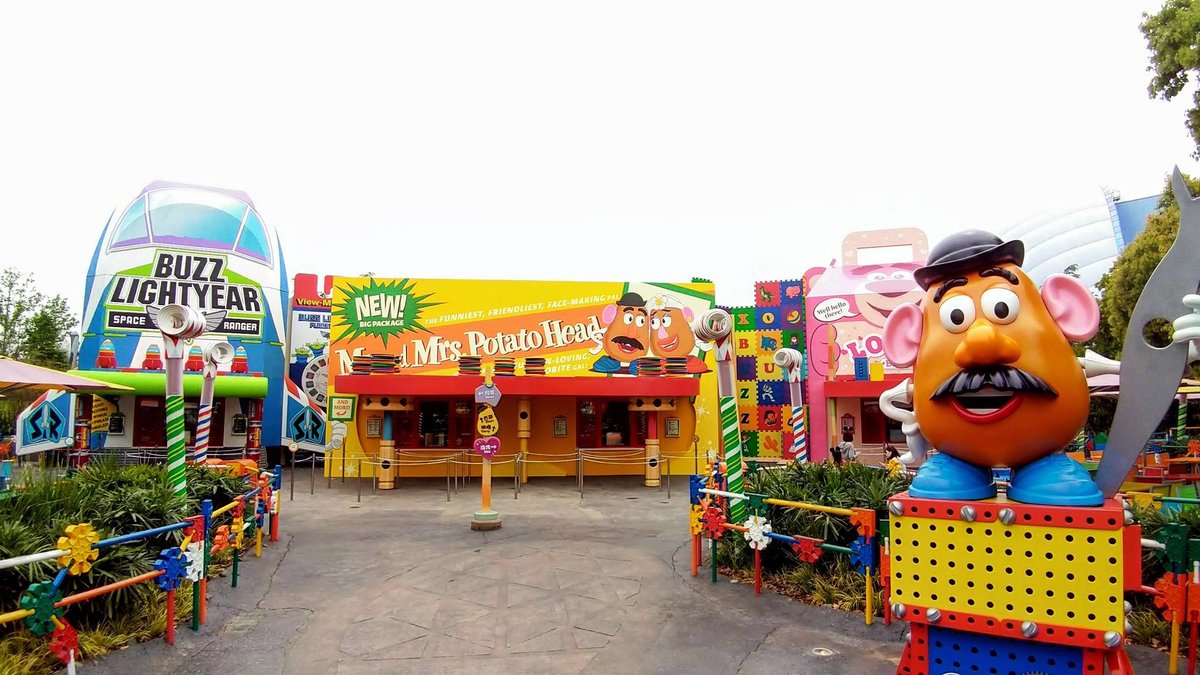 ---Attraction
77.Mater Tall Tails-Join mater in the at the drive in theater as he tells the stores of all his adventures.

The que starts at mater tow yard seeing details from the movie
Section 2 you start going through tractor yard seeing the tractors. then you go go under a few trees hiding the fact your going indoors and now your at the drive in theater from the end turning day to night. you sit down in special cars similar to the ones from the former Sci-Fi Dine-In Theater Restaurant. a mater animatronic reusing the one from Lightning McQueen Racing academy. mater starts off prepping his story on the screen

This is former abandon store that Mater took over to set up as a meet and greet for 2 famous drivers in recent years mater as the Manager you get to see him first before going into the winner circle.

80.Luigi's Rollickin' Roadsters-Luigi's cousins had came all the way from Italy for a family reunion. join them as they teach you dances from the old country. They had set up a giant tent in the back of luigi's for the festival

81.Meet and greet 2-Meet the Hologram of doc Hudson with Smokey, Louise Nash, River Scott and Junior Moon as the courthouse has converted into a museum for the start of racing and the 4 of them will tell the story's of how racing and working with doc Hudson during that era.

82.Radiator Springs Training Acadamy- Join Lightning Mcqueen and his pals as he will train the next gen of racers you guys. Sheriff gave permission to use the parts of the town as the training growds

you go start at the newly built training with Cruz you start on the journey as lightning McQueen wants to get you out you go on a journey going by the Wheel Well Motel. you go over the mountain roads seeing the water fall and going over the bridge in the first movie heading back to town to get prepared for the test race. first you stop at Ramone's for a new paint job. then you go to Luigi's for new tires then flo's for some fuel to prepare. Mater takes you to teach you how to tractor tip and run from the bull then also teaches you about mirrors for the practice race. Lightning McQueen then helps teach drifting and dirt track racing after that you get onto the road to learn about racing from Cruz ramirez. You then come to a switch tracks to either left or right as Lightning McQueen in his Hudson hornet paint scheme is explain the rules for the practice race.
Cruz gives you guys a prep talk to win this practice race. you then race around Radiator springs. Ending and the que line is the same as Disneyland and the ending in the cavern is the same.
Slot Car Dark Ride
----Restaurant
83.Fillmore's Taste-in-Top off at this psychedelic service station with far-out fresh fruit and veggie snacks and other good-for-you fuel.
84.Cozy Cone Motel-Check in at Sally’s to try different “i-cone-ic” treats at 5 cones

85.Flo's V8 Café-Join in on the fun at Flo V8 from breakfast to lunch and dinner

follow one of the new trainer that just got promoted to be able to train the new monsters.as he starts off the tour talking about how he always wanted this job things start going horrible wrong as one of the monsters that is from the old times of Monster Inc wanting to get revenge on the scare floor.as he try's to savage the factory you will tag along to stop him before he destroys the factory for good.

91.Monster Inc Laugh Floor-Join Mike and sully as they help power the city with the laugh.

92.Monster Inc Door Coaster-This new Mack Powered invert coaster.as you get ready to go to the laugh floor for your training one of the new employee accidently snagged onto the door it is your job to hope on board this specialized maintenance track vehicle and try to chase him down and help him as the servers for the emergency stop panel is down for maintenance you guys hope on board.
93.Meet Monster Inc Characters-Meet Mike Sully and his friends at there apartment.

----Restaurant
94.HarryHausen-Eat at this fine dinning establishment where they cook in front of you the head chef is a special animatronic cooking at the head table showing his chefs how its done. 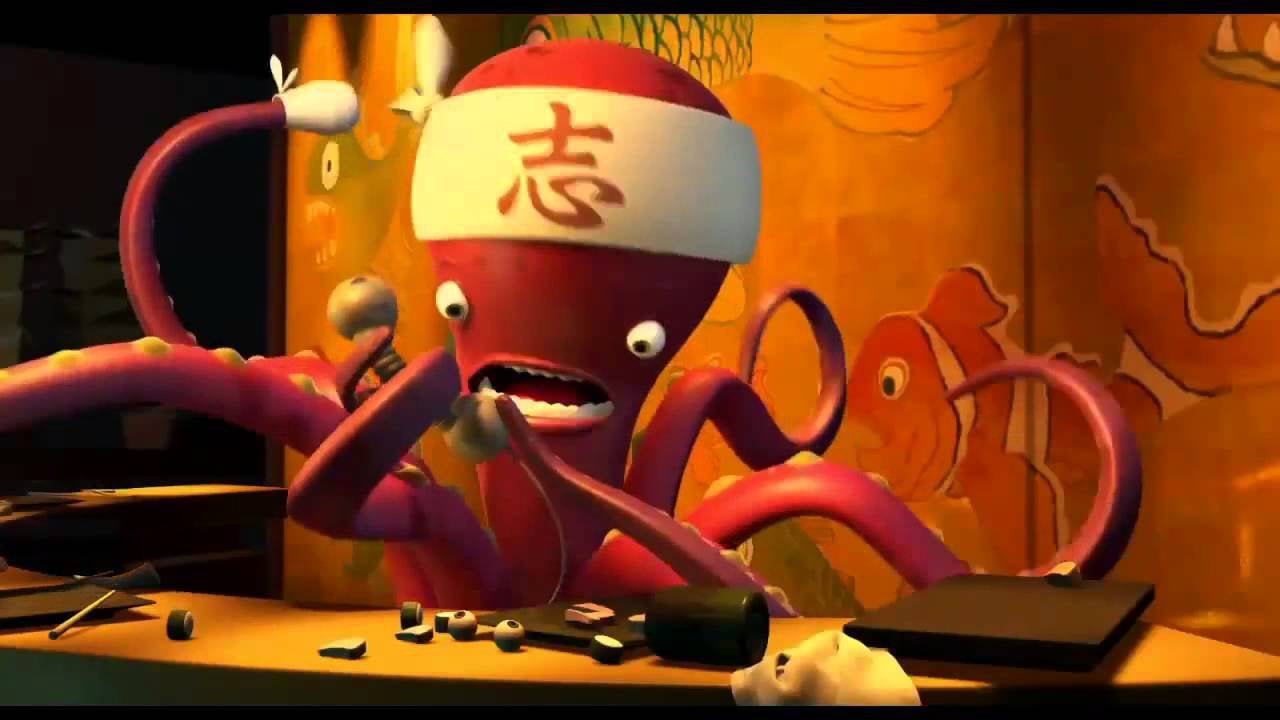 96.Tony Grocery-Enjoy fresh fruits to chips and pretzels and turkey legs.
-----Stores
97.Fear Co-Buy Specialty T shirts and toys at this store.
98.Fine Art Gallery-buy specialty art and other stuff.
--Metroville
---Attraction
99.Omni Droid Ride-same ride as the jet packs from shanghai disneyland.
join the Incredibles training using the old Omnidroid as training. You see a special projection from violets Force sheild and projections on the wall from Dashs footsteps running at speed. then Jack Jack animatronic coming out to attack using special flames and other projects for him to swap.
100.Underminers Attack. Hope On board this special onimover
Join the superheros to stop underminers plan B attack of the city as he come back for his revenge there will be multiple atronics on this ride of all the Incredibles to Frozone and some new superhero's.

101.Incridbles Show-Join Edna as she needs your help for the best super suit ever created join her in the design
102.Incridibles meet and greets-Meet the superhero's that save metroville
----Restaurant
103.The Neighborhood Bakery-Eat sweets from this bakery from the Jack Jack cookie to cupcakes and brownies.
104.the Happy Platter-This Italian Restaurant has some specialty dishes themed to the superhero's

-----Stores
105.Municiberg Gifts-buy your favorite hero's T shirts and other merchandises
106.Comic Book Shops-Buy specialty collectibles
-Pixar HQ
-----Stores
107.Pixar Gift Shop-Pixar shop includes limited time merch of new Pixar movies coming out
--Onwards Land
---Attractions
108.Onwards Dark Ride-hope on board the van from the movie and have a special wand that been cloned with the van as you travel along to learn new spells to cast along this family friendly journey as you travel the world of onward you get to expernice new magic spells. 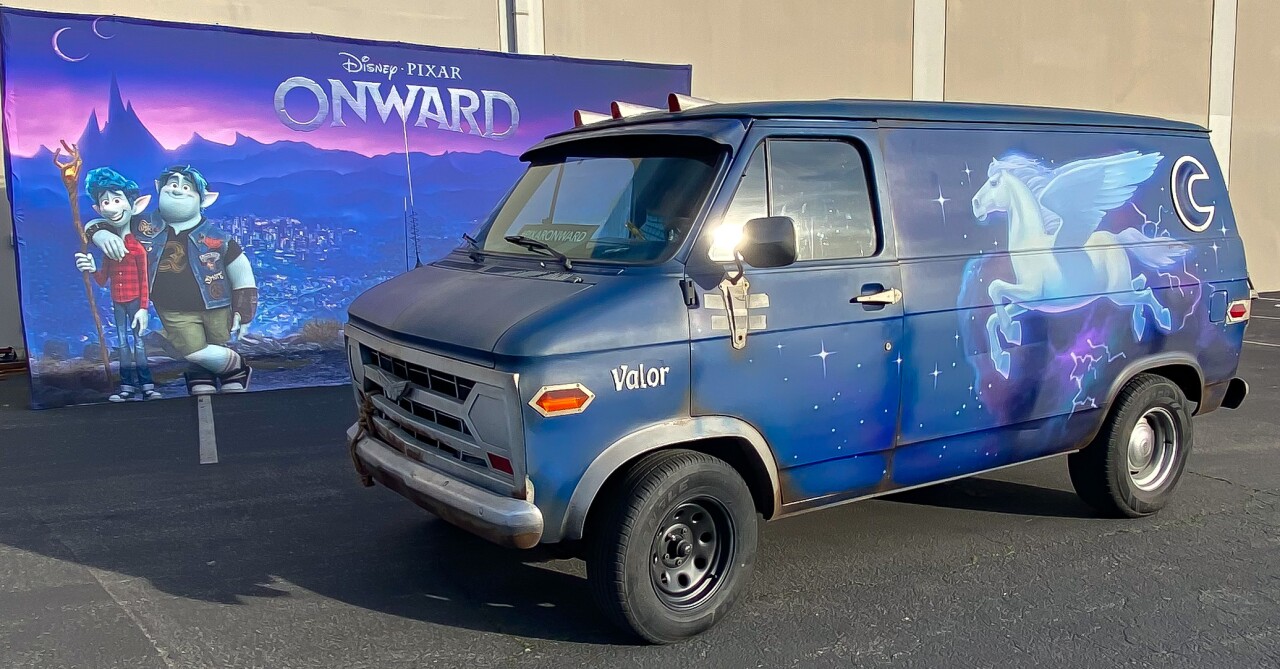 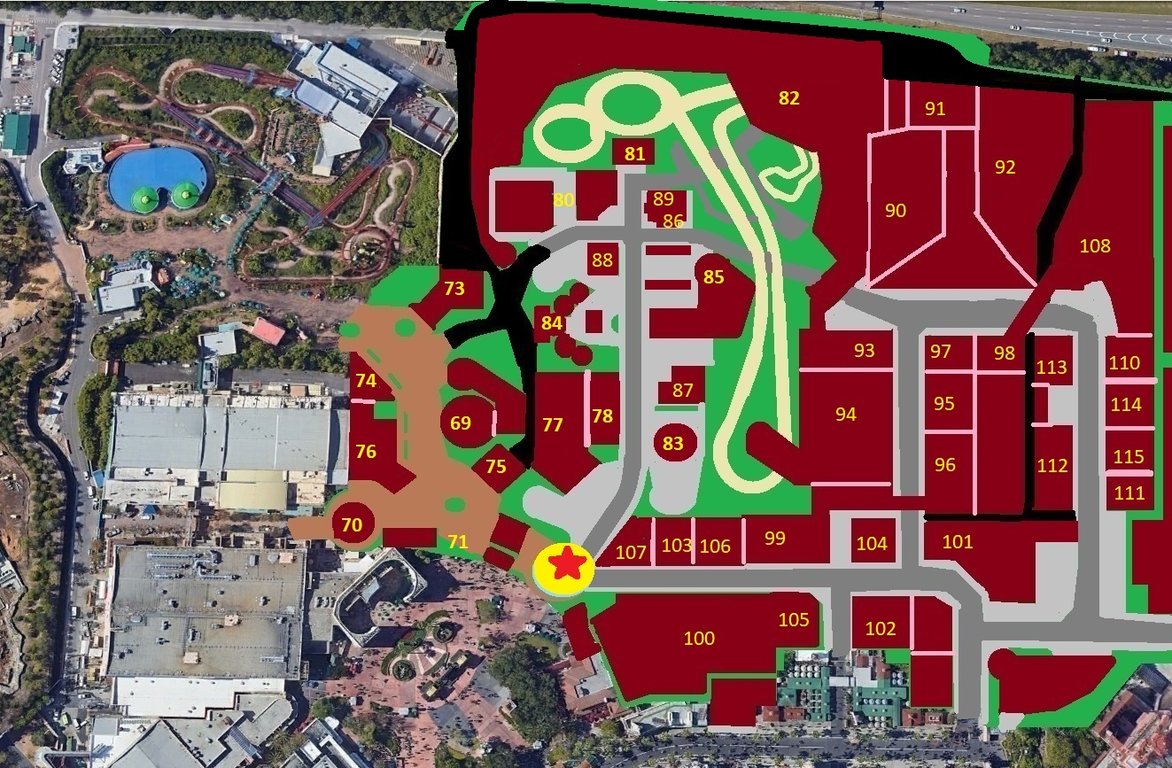 Original Poster
After spending a day at Epcot and Magic Kingdom for the 50th ive decided to create a new firework show something thats for the Magic Kingdom dont have time to find pictures or pick songs for it but heres the general bases of the show.
Walt Disney World
Fantasy of the Celebration

Segment 1
The Past Average 4-5 Mins Long
New Song Inspired by If You Had Wings
Can You Feel The Love Tonight
Davy Crockett Inspired song
Segment 2
The Present 8-10 Min Segment
Starts with Around the Riverbed reused from Tokyo with the Mark Twain
Then moves into a reused segment from Tokyo Disneyland Big Thunder scene with The country bears
The Haunted Mansion scene we have some music inspired by the ride itself with some of the most favorite characters
Then Tiki room is a transection scene with the music
The show Goes into the adventure scenes with Scenes from Jungle cruise then goes into a Pirates of the caribean scene
Then moves into a slow part of the show with Be Our Guest
Other songs and scenes used will be Snow White,Cinderelle and Alice in wonderland
Peter Pan off to Netherland with Tinkerbelle flying down
Then a special tribute to its a small world with all the disney characters in the circus area
Then a special song from the singers of main street.
Then Tomorrowland With Buzz Lightyear and Space Mountain Segment with special songs just for them

The Future 5 Min segment to launch some amazing fireworks
The Start of the grand finally Starts with techno beats music with Tron Running on the castle and main street
Then It calms down and does Princess and the frog and moana
Ends with Into the Unknown from Frozen
Share:
Facebook Twitter Reddit Pinterest Tumblr WhatsApp Email Share Link