Pre-Trip The we booked a bounceback, and a cruise and rented DVC points PTR

Hi everyone! Our trip is fast approaching and we are so excited! This trip will be just my
Husband and myself!

Who are we? Well, I am Laura, this will be my 6th trip to disney. My husband, it will be his third! He had never been to disney until 2012, when we went for our first trip together! Well on that trip he proposed, so we returned in 2013 for our honeymoon and now we may as well continue a tradition and to for our first anniversary! 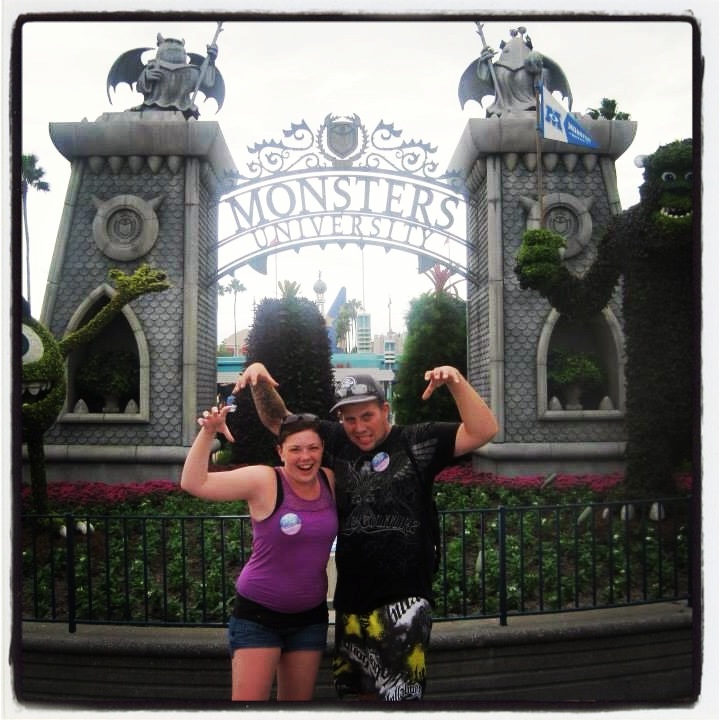 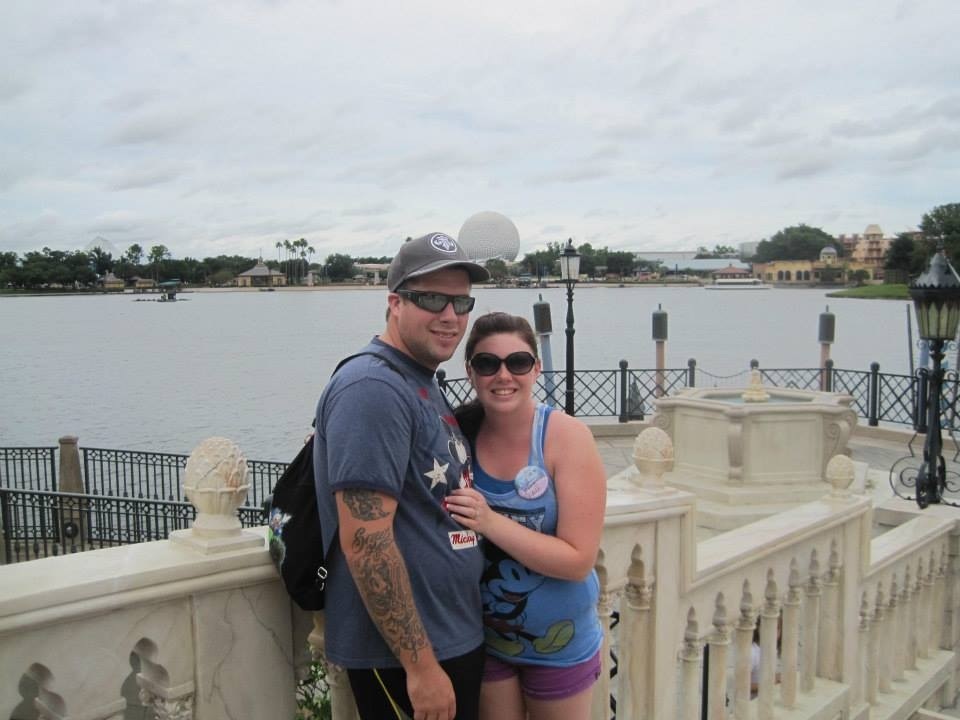 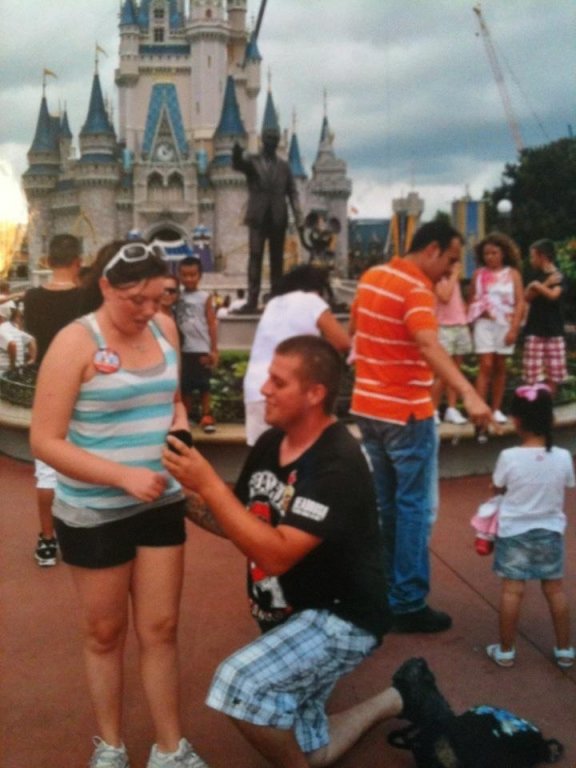 We booked a bounceback on our honeymoon for this September, for free dining. Initially we were books for 10 days at port orleans, well upon returning home we began to toss around the idea of a cruise, so we made some changes and added 3 nights on the disney dream...well now we needed a hotel for the night before the cruise, so I priced out he cost of renting dvc points at AKL since we have always wanted to stay there, so may as well make it 2 nights there to enjoy the resort! So now our plans look like:

Hopefully Be Our Guest Lunch ADR

Original Poster
September 16th- depart halifax, Nova Scotia at 6:00am, connect in Montreal and arrive in Orlando at 11:50am! we don't usually fly Air Canada, but it was the earliest arrival time, and the prices were very comparable with all other airlines. We will then take the DME to the AKL where we have rented DVC points from the DVC rental store. We plan to explore, then goto Planet Hollywood for dinner

September 17th- we had initially planned to rent a car and go shopping, but we have since decided to enjoy the resort! We have no dining plans booked, jut a go with the flow day!

September 18- breakfast at Boma, then use disney transportation to the cruise terminal!

September 21- disembark, use disneys transportation to POFQ. lunch reservations at LTT. Have a quiet afternoon at our resort, before the haloween party!

September 23- Epcot! 6:00pm reservations at trex, may make this later since we will be snacking a lot on food and wine goodies!

September 24- water park! Still undecided, we did typhoon lagoon last year, so we are unsure if we want to try blizzard beach or stick to typhoon! Dinner at Ohana, monorail to Epcot for EMH.

September 26- magic kingdom, hope to have lunch ADR at bog, dinner at boma

Great plan! We too are heading down the same time for the same thing. We'll be at the World 13th-18th and Dream it up from the 18th-21st for our 16th anniversary.

Sounds like a fun trip. My husband and I honeymooned at WDW & in 18 days we are going back to celebrate our 25th anniversary!

lostpro9het said:
Great plan! We too are heading down the same time for the same thing. We'll be at the World 13th-18th and Dream it up from the 18th-21st for our 16th anniversary.
Click to expand...

It's a great time to go incase you didn't know there is a facebook group for our cruise dates, people are planning fish extenders (we are not participating) and their excursions and mixology class if you want to check it out, "disney dream September 18-22"!

Sounds like a great trip. We will be in there from September 22-27 too!

Original Poster
All checked in for the cruise and booked Aquaventure for our Naussau day!

Original Poster
Just booked our fastpass+! There met be a glitch today, because we are 61 days out and it let us select them all for the 21-27! We got everything we wanted

Original Poster
Wow, the trip is fast approaching, just under 3 weeks to go.... and my husband asks if we can goto the Flying Fish (ive been asking for months if there is anything he wanted to do, and he would reply 'no no you just pick'".. )
We dined at Flying fish on our last trip, and we loved it, the meal went above and beyond our expectations...So on the dining plan to do this we needed to cancel two reservations, as its two credits.

I also am going back to school in September, for Social Work, and it is all done via distance delivery, and I finally found out that I would be required to be online for 2 hours, smack in the middle of our trex reservation.. so changes there will be needed as well.. so with some cancellations and re bookings (we were very lucky to get everything we still (now) wanted)! I also like the idea of having a day without dining reservations, gives us a more relaxed day!

Original Poster
Hi everyone! this will be my last update until we return!
Our costumes are completed for the haloween party, our dining plans are finalized ...however I am WAY behind in packing!
Today will be some last minute homework assignments (I was determined not to have any work while away and so far it looks good! just some readings and I have to log on for one class).. Hubby will arrive home tomorrow morning from work (he works across the country) and we will leave bright and early Tuesday morning!
I will post a TR when we return!

Original Poster
I forgot to mention we also scored BOG lunch reservations for the 26th!!

kasey1988 said:
I forgot to mention we also scored BOG lunch reservations for the 26th!!
Click to expand...

Bring a screen shot of your ADR and an internet capable phone when you check in just in case they can't find your reservation during this testing.

So exciting, one more day!

WOW some really great ADR's you have chosen for your trip. Have a MAGICAL time on the cruise and in the parks. Take lots of pictures and have fun. Will be watching for the trip report.

Don't know when you will read this, but have a great and magical time!!

Original Poster
We are back from a truly amazing vacation!! I will post a trip report soon! Lets just say we are hooked on cruising now, and the DVC studio we rented 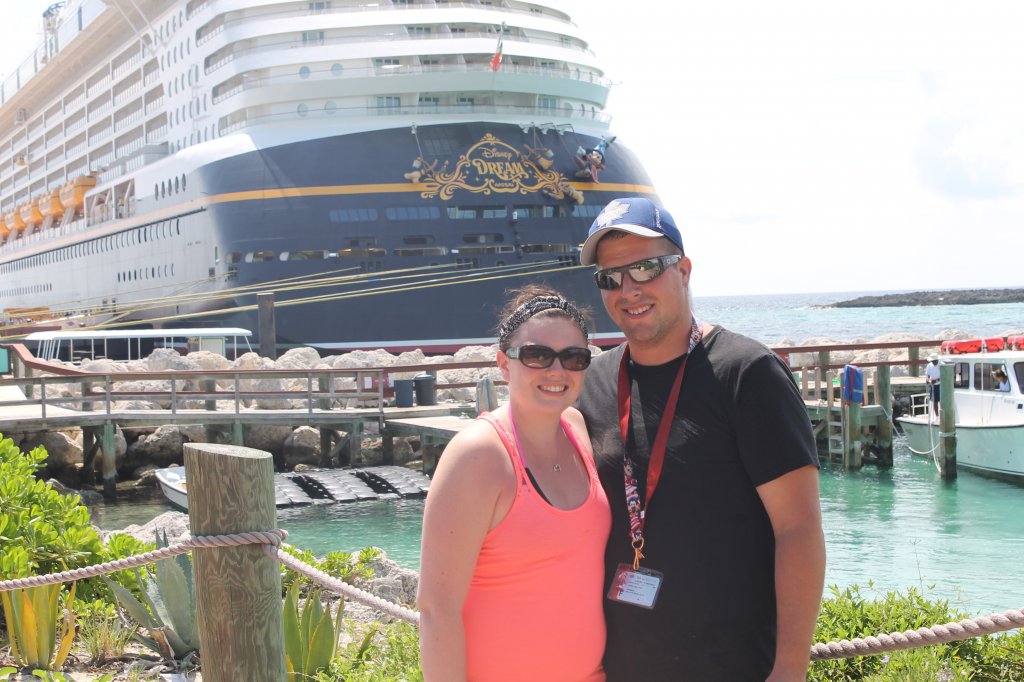 at Animal Kingdom lodge was spectacular!

Original Poster
I'm so hoping to start a trip report soon! But with being a full time student and working things have been a little hectic since we returned! However, we loved our cruise so much we booked another for January 2015! A 4 night on the dream and rented dvc points for 2 nights prior at Saratoga spring, it ended up only being 60$ more then a LM room at AOA!
Share:
Facebook Twitter Reddit Pinterest Tumblr WhatsApp Email Share Link