The Sorcerer’s Apprentice is an Armchair Imagineering Competition that began in 2013 on the WDWMagic Forum hosted by jdmdisney99. Inspired by “The Apprentice”, teams strive for victory in a series of unique Imagineering challenges. As we progress from stanza to stanza, contestants are steadily eliminated… until we have only one remaining player, who shall be crowned the “Sorcerer’s Apprentice”.

Over the seasons, projects and storylines have combined to form the Sorcerer’s Apprentice Universe (the SAU). They all coexist in this alternate reality… with new attractions, lands, and even resorts!

The past two years have seen Season 4: Homecoming Edition, and Season 5: Endgame. With Season 6: ODYSSEY, we hope to conclude this “trilogy” of Sorcerer’s Apprentice in style. The past five seasons have put the bar up high.


The Story So Far
After a fantastic season of Imagineering two years ago, last year Maleficent and her villainous allies stole Yensid’s Hat and took control of the Disney Parks. It was only through a last-ditch alliance of heroes that we were able to defeat the villains and crown another Sorcerer’s Apprentice.

Now our heroes have united to a formal alliance, the Society of Explorers and Adventurers. With bases at all seven Disney Parks, the world will never be threatened again. And the hat? Well… we have “top men” guarding it.

Today, SEA is recruiting YOU to become a guardian of imagination! Do you have what it takes?

Gameplay
Players will be divided into 3 different teams to start the competition. For each challenge, there will be a rotating Project Manager. The Project Manager can be used in any number of ways, anything from leading the project or simply acting as a supporting voice. It is entirely up to the player for that given round.

Once the projects are submitted, the hosts & judges will provide in-depth and helpful feedback to determine the rankings. The losing team’s Project Manager will then nominate three members to enter (along with him or herself) the “Fortress of Fate” and make their case to the judges for remaining in the hunt. As the competition progresses, we will eventually reach the finalists.

Creative Challenges
Season 6 is a “travel heavy” season. As the game progresses, we will steadily traverse the globe, exploring the various exotic and international Disney Parks and Resorts. But be on the lookout for a surprise or two along the way!

Vacation Days
Despite our efforts to make each challenge as accessible to contestants as possible, sometimes unavoidable Real World™ obligations can get in the way. For those circumstances, there are Vacation Days.

These are granted to each team at the start of the competition to extend due dates and accommodate for personal schedule conflicts. These days can be used once per round, or you can combine Vacation Days with fellow teammates and extend the due date up to 3 days for a challenge. Only one team can use Vacation Days per challenge, and when a team uses Vacation Days, the due date is extended for all teams. The exact number of Vacation Days granted will be determined later.

What’s Changed?
Seasons 4 and 5 are magnificent accomplishments, and Season 6 hopes to follow through on their model. However, there will be a few changes. The biggest is faster stanzas. The last two seasons slowed down near their end, so Season 6 hopes to be an overall quicker experience (around a month shorter than prior seasons). This shouldn’t be too noticeable; only a day or two less per stanza. The downside to this is more eliminations this season, but have no fear, eliminated players will still have a chance to partake in the game. More on that later.

As before, this season will include guest judges, an illustrated storyline, helpful hints for each round, and more. But the primary focus will remain on core gameplay, particularly on the wonderful group dynamics which can form after several challenges together. This game is not about creating drama or causing hardships, but about strengthening everyone’s creativity and camaraderie. 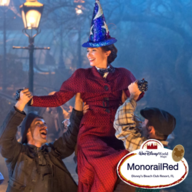 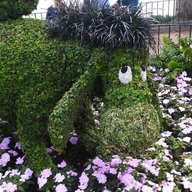 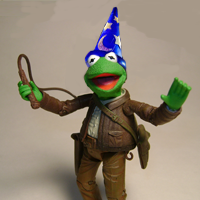 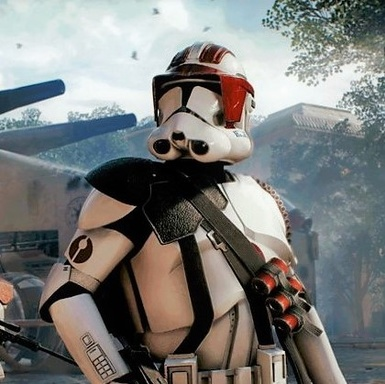 Who will fill the sixth slot in the Sorcerer’s Apprentice? A victor from before, to claim superiority over other winners, or in the vein of the latest seasons a new player, seeking to join the champions’ ranks?

In the spirit of the original Disneyland, old school paper FastPasses for the competition are available now.

You can reserve a FastPass right now!

15 contestants is the magic number for the competition, but we are prepared to go above.
Thanks for reading our hype thread, we hope to see you in February!

“This message will self-destruct in 5 seconds. Imagineers: good luck.”

I am beyond excited and honored to be continuing the legacy of the Sorcerer's Apprentice with such talented, creative, and funny co-hosts!​

I've already started on a recon mission for a long weekend trip!

I've gotta rope drop Olympic Experience, it's my favorite ride here! And this will be my first time getting to see the Paris Expansion decorated for Christmas! RIP Men in Black, but at least it had a worthy replacement.

I'll contribute more past Stanza 1 this time, I promise.

FireMountain said:
Hi lemme get uhhhhh FastPass with a side of onion rings and a Cherry Coke please

I'll contribute more past Stanza 1 this time, I promise.
Click to expand...

A new challenger approaches...or an old challenger. SIGN ME UP!

Of course, I do have a full time jbo now, so my time and presence in this competition may come and go. Nevertheless, I shall strive to help out where I can.

Pi on my Cake said:
Is Pepsi ok?
Click to expand...

If it's Cherry Pepsi then yes. If not then Sprite Cranberry

i NEED a FastPass please. So hyped!

FireMountain said:
If it's Cherry Pepsi then yes. If not then Sprite Cranberry
Click to expand...

Alright, then you get a FastPass with a side of Sprite Cranberry and a Cherry Coke

@FireMountain @Evilgidgit @mickeyfan5534 @NateD1226 Welcome to the Odyssey! S.E.A. needs some good agents like you!

A new challenger approaches...or an old challenger. SIGN ME UP!

Of course, I do have a full time jbo now, so my time and presence in this competition may come and go. Nevertheless, I shall strive to help out where I can.
Click to expand... 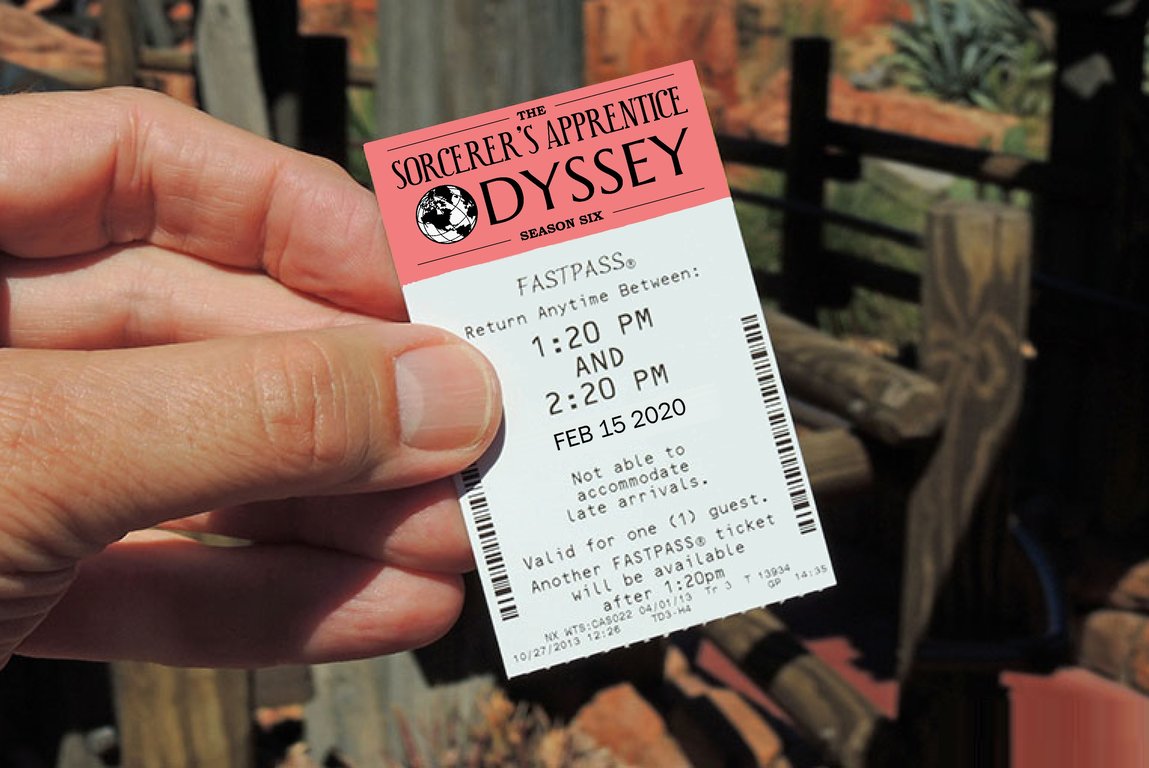 So you're gonna be true to this Fastpass return time right?

mickeyfan5534 said:
So you're gonna be true to this Fastpass return time right?
Click to expand...

Of course! But it's important to not that with the international theme of this season, the FastPass doesn't indicate timezone. So, the return time is accurate for at least one timezone I assure you

I would like one of these fast passes, please and thank you.

tcool123 said:
I would like one of these fast passes, please and thank you.

tcool out for blood this season

We're gonna go through and tag people who may be interested in participating, as well as adding new SAVI avatars!