Trip Report The One Where We're Finally Mom & Dad!

It's been a WHILE since I've been on the boards. I have a nasty habit of starting, but never finishing, trip reports. I promise I will finish this one because it was a one night, 2 day trip!

If you've ever read any of my previous reports (which I won't link here because ~spoiler~ they were never finished) you'll know that my husband & I have been waiting for a little one to bring along to Disney with us.

Our last trip (before this one), was in June 2019. It was supposed to be a fabulous trip, filled with taking pregnancy announcement photos and celebrating. I was even going to actually write AND FINISH a trip report about it! But alas, the Friday before we left I had an appointment with my OB who said that while he wasn't god, he was pretty sure I was having a miscarriage based on my blood work that I had done because my progesterone was extremely low. We left for Disney World on Sunday with the instructions to get blood work done while there on Wednesday to confirm. We debated not going, but we went anyways.

Anyways- I DIDN'T HAVE A MISCARRIAGE. Everything was fine and we now have the sassiest little 14 month old I've ever met. But we also never took pregnancy announcement pictures in Disney because, well you know. And I also never wrote a trip report about it either.

So now, the moment I've been waiting for for the past 4 years, is here! I finally get to write my daughter's first trip report - WOOO! We were originally slated to go when she was 6 months old, but thanks to Rona that didn't happen. In hindsight, no thanks anyways. Then, we had a trip booked for her first birthday in January but we still weren't entirely sold. A month later & my husband and I were fully vaccinated so we went down for a night and here we are! 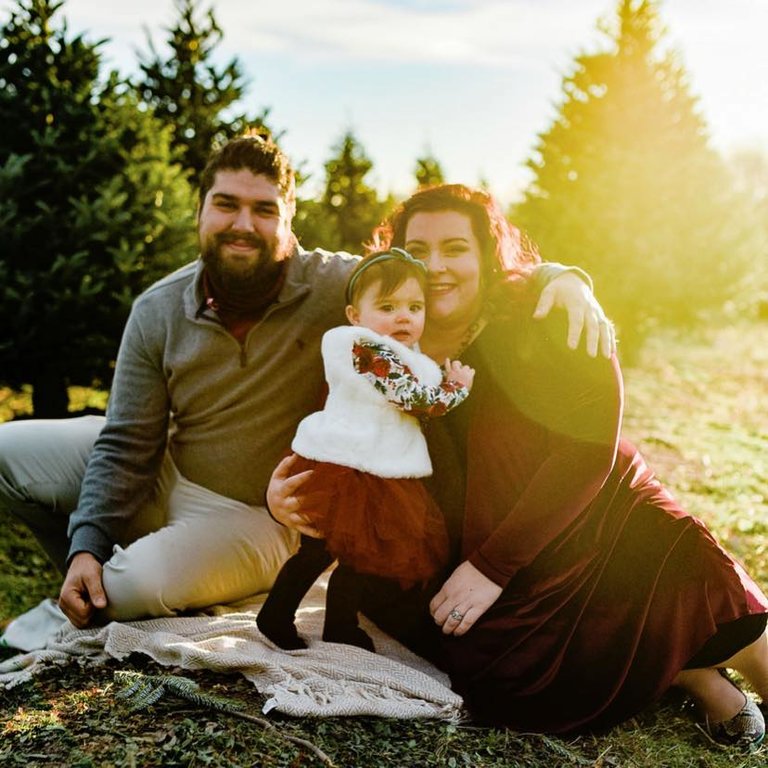 Have an Easter bonus picture of the kiddo because she's pretty cute: 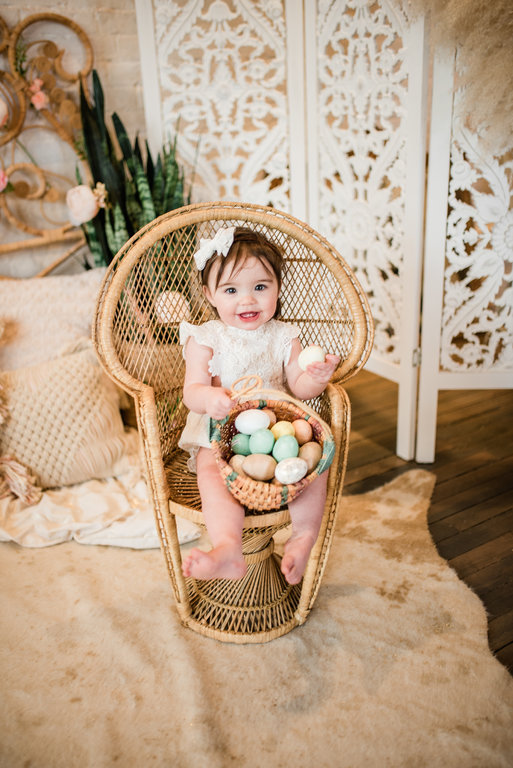 Come along for the brief ride - I promise there will be cute baby pictures!
Click to expand...

Premium Member
Sounds like a perfect reason to celebrate! Your daughter is adorable, congratulations! Looking forward to the report!!!

Beautiful child! Congratulations. I will be following. And I am like the second to respond! That never happens to me!

How exciting!! And she's adorable!! How did you get her to sit for the Easter picture? Neither of mine would have cooperated, I don't think...

I am in! Congratulations! She is beautiful!!

What a cutie! Can’t wait to hear all about your trip!

Congrats on the cutie pie! Can't wait to hear about it!

First of all congrats!!!
As some people on here are aware we became 1st time Grandparents in Dec of 20.
And I have been torturing my daughter and son-in-law to bring the baby and come with us on a trip end of Jan 22 where our grandbaby will be 13 months too!!
I can't wait to read along and get some hints from you on how to travel with a little one of that age!
(And we've even offered to babysit so they can do the around the world in Epcot thing)!

I’m here for all the firsts! Congratulations! She’s precious!

Congratulations she is gorgeous!

Congratulations!!!! Can't wait to hear more about your trip! You all look so happy and she's just adorable!

Songbird76 said:
How exciting!! And she's adorable!! How did you get her to sit for the Easter picture? Neither of mine would have cooperated, I don't think...
Click to expand...

Honestly she's a weirdo and has loved having her picture taken since she was about 3 months old and was always posing hahah. Exhibit B: 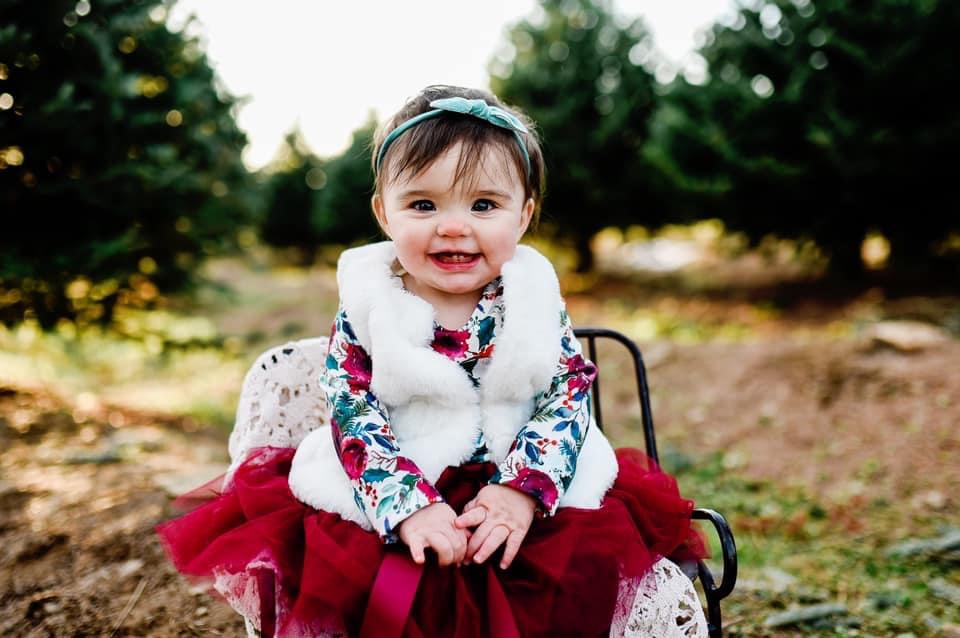 Original Poster
Ok quick detour - remember how I briefly mentioned our June 2019 trip? During that trip (even thought it was kind of a downer), we decided we were going to celebrate Baby C anyways. At that point we didn't know if R was going to be a boy or a girl, so we were calling R "peanut" and we still do sometimes.

Anyways, we decided the nursery theme would be Winnie the Pooh long before we ever had a kid and we found a talented young CM at the gift shop in Jambo house drawing these cute little names with different characters. We decided to get one done in Winnie the Pooh characters with the name "Peanut" and it's probably one of my simplest but most cherished souvenirs , especially now that R is here! 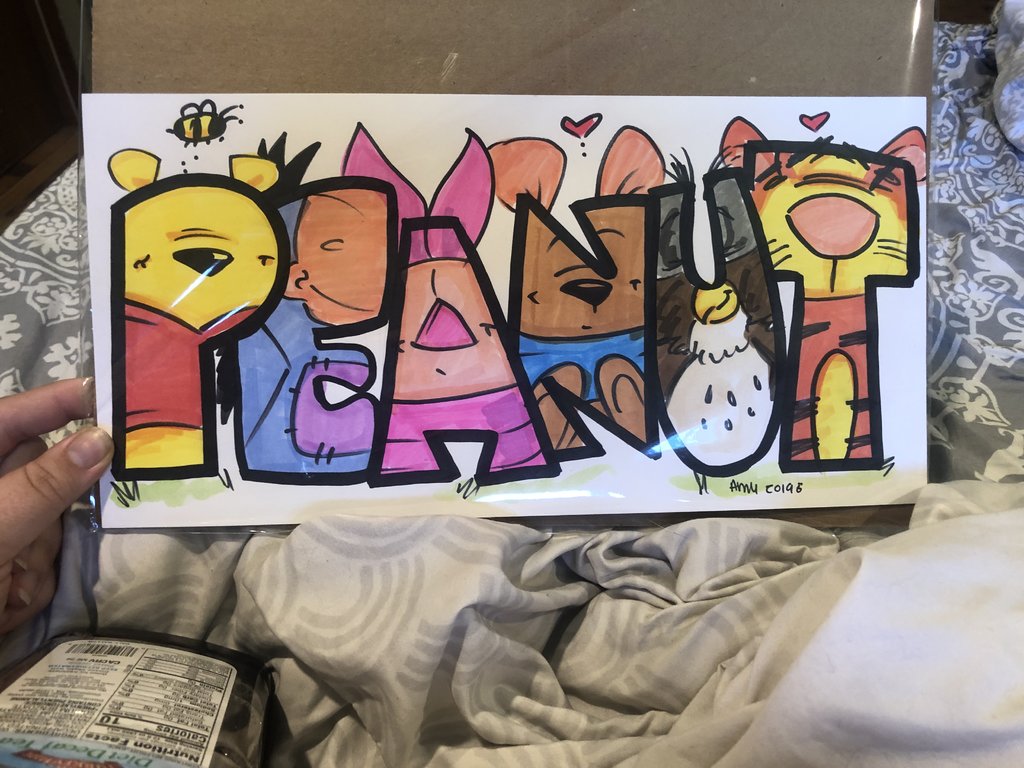 Original Poster
Now back to the trip report.

Mistake #1: Thinking it would be a good idea to do a super early morning flight to MCO.

We live in Northeastern PA and fly out of Newark or Philly. D's sister lives in Philly, so we went Philly this trip & decided we would head to her house the night before to sleep. D conveniently forgot to tell me that it was his friend's bachelor party the night before we were supposed to leave, so I got to drive R and drunk as a skunk D to Philly at 11pm (not ideal). We got to his sister's around 1am and needed to be out of the house by 5am to catch our 6:45am flight. Everyone was tired, groggy, and cranky. Definitely not how I wanted this brief trip to begin!

Mistake #2: Thinking it would be a good idea to have R be a lap infant rather than buying her her own ticket.

Thankfully on both of our flights we did not have another person assigned to the empty seat in our row so we were able to let R use the seat as needed. While she definitely didn't sit there for very long, it was nice to have the extra space the empty seat afforded. I couldn't have imagined those flights with a stranger next to us! R now has her own seat for our trip scheduled for June - lesson learned!

Her first flight was uneventful and she only cried for a few minutes when we were landing so I'll call that a win! She definitely didn't sleep great the night before or on the plane, so we had a tired baby upon landing.

Here's a picture of our little aviator! And yes, I did allow my 13 month old screen time to watch Doc McStuffins while flying, sue me 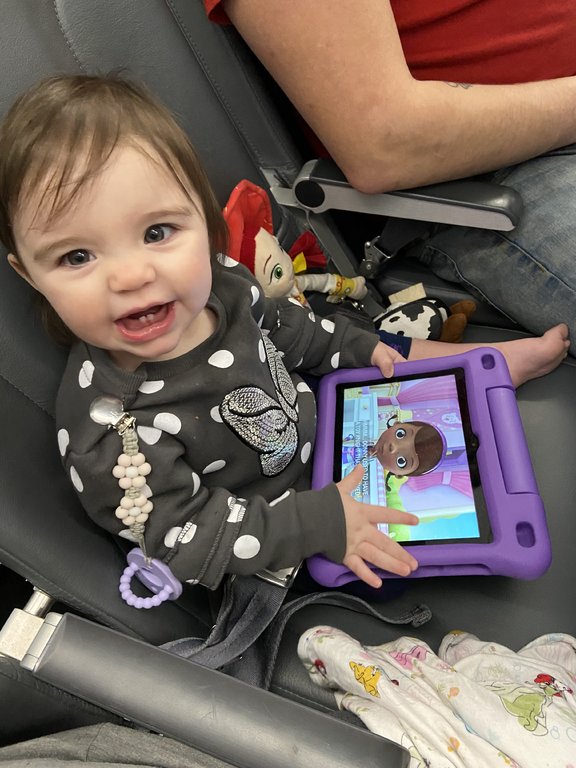 Original Poster
Our arrival at MCO was uneventful. The line for the Magical Express was the longest I have ever seen it - physical distancing was obviously a factor but I mean this line was LONG! I wish I had taken a picture. It moved pretty slow too. We were off our flight and on our bus within 30 minutes so it wasn't too terrible! Our bus loaded up fairly quickly and soon enough we were home! (well kind of, our true DVC home is AKV, but BLT was home for this trip!).

Have a crummy zoomed in iPhone view from our room... I'll take this blurry view over my current one any day! 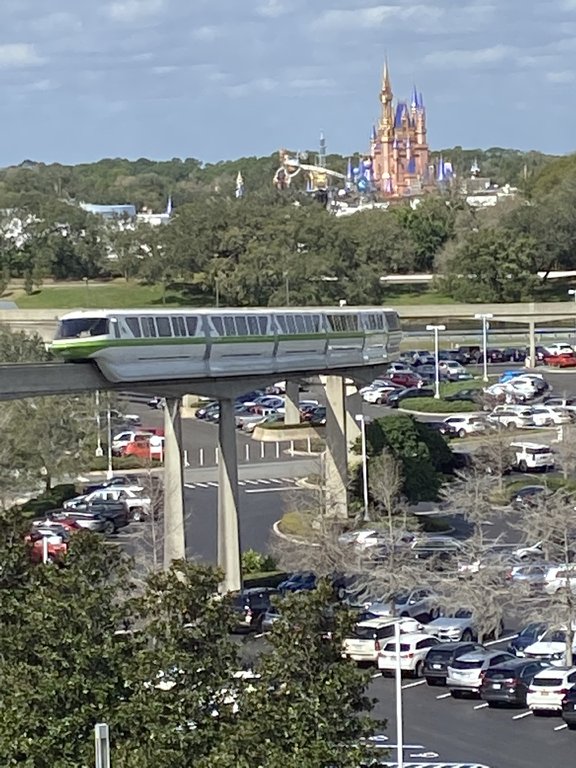 And of of the kiddo and me for good measure 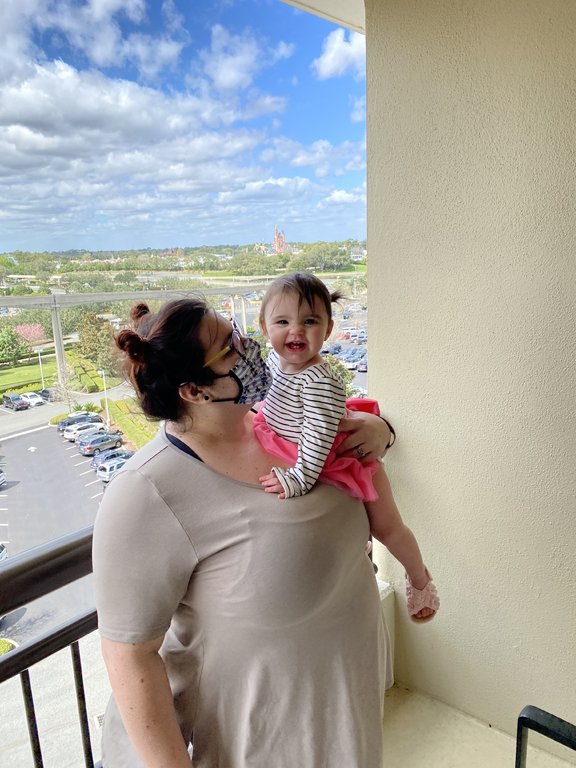 We basically had the PERFECT theme park view room!!

Fun fact - we didn't tell anyone in our family that we were going to Disney before we left because of the Rona. Right before we took off, I snapped a picture of R on the plane (the one in the previous post) and sent it to all of her grandparents. Once we got to the room, we FaceTimed with D's dad and then his mom and I waited to FaceTime with my mom until we got to our first park.....

So here's where mistake #3 came in for us - thinking a 13 month old who has been up since 4am who has never flown before who got a crummy nap on a plane would be just so excited to be going to a theme park which is also a new experience. We DEFINITELY should have relaxed in the room a bit but we were only there for one night so it was go, go, go. This is definitely something we will NOT be doing in June!