MySmallWorldof4 said:
Actually she isn’t too picky. Cheese is her one oddity. My ds is the picky one. Think I mentioned that before. Oh and in my house, pasta apparently tastes different depending on the shape as well.

MinnieM123 said:
Yah, I've also heard similar things down through the years. But it's not like that for all the staff; many people enjoy being away from the mainland, and like the comradery of the crew. I think, like everything else, it all depends on whether you have a great boss, or a loser.
Click to expand...

On our last cruise (on Royal Caribbean) the Activities Director seemed to have sooo much fun. She ran the Karaoke that I participated in and also Zumba that my wife went to. I think I can tell the difference between someone who smiles because that's their job and someone who really likes their job. She got a kick out of my singing Frank Sinatra's "New York New York". Whenever I saw her at a distance interacting with her cruise peers she seemed like she was right where she hoped to be in life.
I know Cesar does not want to be an Activities Director but I'm building up to my wish to agree with @MinnieM123 re. when working with others that you like..... that feeling of "being part of a group/team"....that can make life enjoyable. A good boss is important in any line of work
Last edited: Mar 21, 2019

I definitely won’t turn down any steak, well done or not

Premium Member
@SteveBrickNJ for you:

93boomer said:
As is most gf items! Dd has a time buying for her hubby!
Click to expand...

Our oldest DD is no longer gf, but, she is still vegan. She appears to have dialed in what works best for her after a coupla’ years, or so...she feels better, has more energy, etc.!!!

She was raised on meat, taters, etc. She still loves taters, as long as there’s no animal fat involved in the cooking process!!!
I still loooooves me some beef, poultry, fish, etc., but she has also introduced us to some really great vegan food!!!

I can only think of 2 things, off the top of my head, that were not good...this coming from a guy that has been known to eat things that would make a billy goat puke, and enjoy it (movie reference, anybody...? )...
One was a gf/vegan chocolate cake that was not too bad, but, the texture was like chocolate flavored sawdust...?

The other was a vegan restaurant that had a “bbq brisket” sandwich... (she had never had it before, but, knows my love of bbq, so suggested I try it) it was like they had taken a brown sponge, sliced it into strips, and dumped a bunch of watered-down bbq sauce on it...it was horrific...!!!!!!!

I tried to choke it all down, but, DD saw right through me...and, after she took a “priceless face” bite herself she gave me a merciful “pass” on finishing it...!!!!!

MySmallWorldof4 said:
Car prices are ridiculous. You are better off buying an off -lease vehicle with a warranty or a dealer car instead of brand new.
Click to expand...

MySmallWorldof4 said:
I never liked sausage. I liked keilbasa, but gave it up after I puked it up when I was pregnant with number one.
Click to expand...

Can’t think of any sausages I haven’t liked...?!

dryerlintfan said:
We were pretty poor and rice was a staple in our house. My mom would cook a pot every night for dinner, and then the next morning she'd heat it up and we'd eat it like cereal. So yes, close relative to rice pudding in taste, but more like cereal. Rice pudding is creamy and sticky.
Click to expand...

I remember when we’d go milk the cows on my grandparents farms, and we’d bring the milk buckets back to the house. The cream would then be skimmed off the top and put into bowls mixed with cinnamon and sugar for an awesome treat...!!!!!

Sooo close to ketchup, but, on that tasty childhood memory

MySmallWorldof4 said:
I never heard of anyone waiting 6 hours for an interview. All the interviews I ever had was set up for a specific time. Sounds like it was more of a cattle call @Cesar R M . Like minnie said, maybe it is all for the best.
Click to expand...

Definitively feels like "cattle call". All the short listed people were invited for the interview on the same days.
I suppose to maximize efficiency and save money. So they only need to fly the Viking interviewer once for 3 days and thats it.

Cesar R M said:
Definitively feels like "cattle call". All the short listed people were invited for the interview on the same days.
I suppose to maximize efficiency and save money. So they only need to fly the Viking interviewer once for 3 days and thats it.
Click to expand...

Sure, but they should have given everyone a time, even if it was 15 minutes apart. So if he was running behind and you were told to be there for 1, maybe your wait would have been an hour and not six.

Owner of a gold star ⭐ 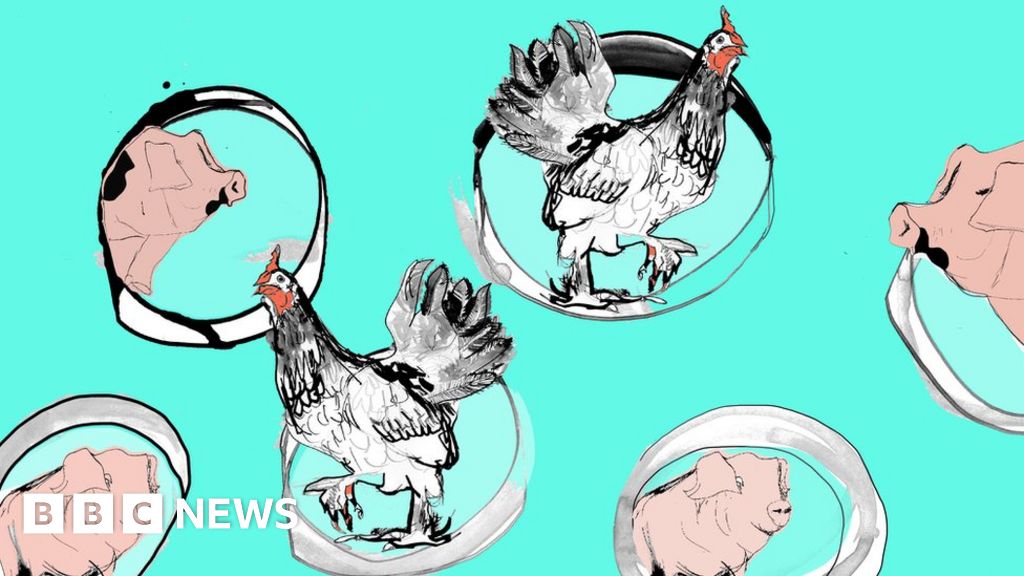 Researchers have grown animal cells on blades of grass - could a slaughter-free bacon supply be feasible?
www.bbc.co.uk

93boomer said:
That could get expensive for just two dresses.

I was going to make you bounding outfits for each day

donaldtoo said:
I definitely won’t turn down any steak, well done or not

donaldtoo said:
Sooo close to ketchup, but, on that tasty childhood memory

Enjoy your half day off!!

I'm off all day today!!! I've been taking off a few days here and there, as my vacation bank was getting a bit too high. (There is a maximum amount they let us bank up at work, and if you exceed maximum, you start to lose any time over that.) I love taking off random days as I get caught up on "stuff" that I have no intention of dealing with on a regular weekend, when I'm doing other "stuff".