I'm Ali (rhymes with Sally)
Here I am with my husband Jim, our daughter Gwen, and our son Ethan at Disneyland back in June 2019 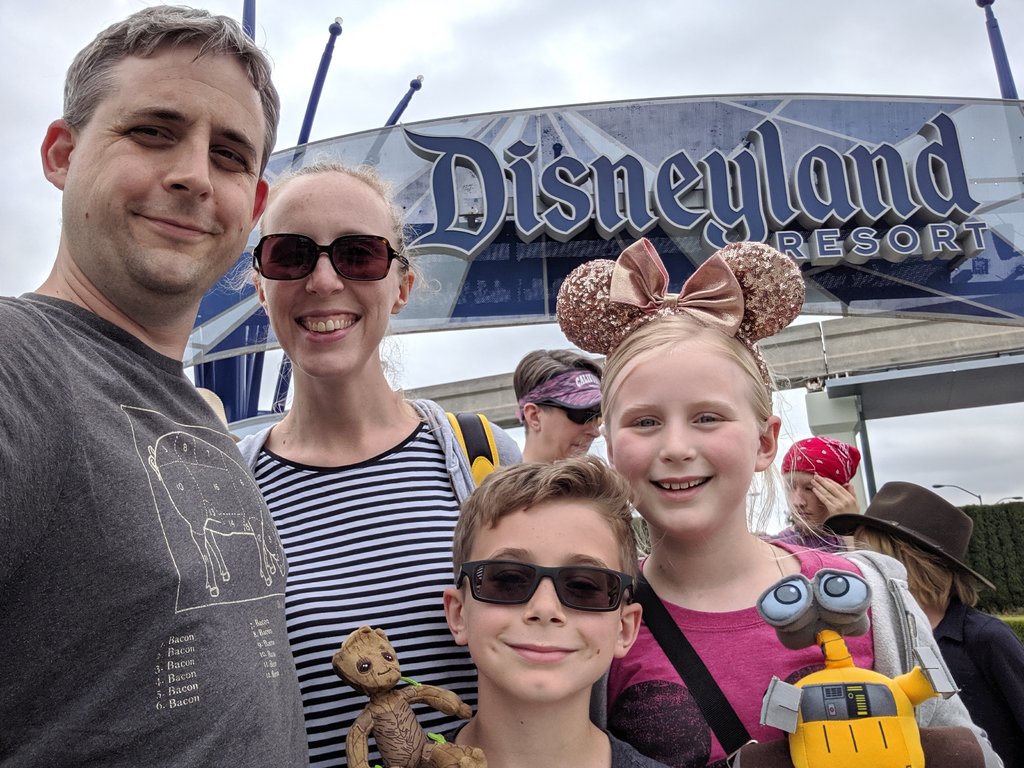 Nobody needs me to tell them what 2020 was like.
We all lived it.

My family and I have been among the lucky ones. We've endured disappointments, cabin fever and cancelled plans, but nothing more serious than that.
Lucky. Seriously.

Among the many things that were cancelled was our Disney vacation. We were planning to spend nine days at WDW and the beach with our two kids and my mother. Obviously, we had to "float" those plans.

When the parks reopened, we were still thinking optimistically, hoping COVID numbers would improve, and tentatively booked Park Pass reservations for the first week of December.
As the months passed, we felt it was more important to enjoy the holiday season with family (we have kept our parents and siblings "in the bubble") than to go on vacation, so once again, we "floated" our plans.
I rebooked our Park Passes for early May, fully prepared to keep floating

Once the holidays were behind us, we decided to get serious about our Disney plans and started looking at flights. Jim quickly nixed my May dates, as he is not in favor of pulling the kids out of school. We are lucky enough to have full-time in person learning available in our school district, so I had to agree with him. One last float.

MerMom1981 said:
We've enjoyed finding and hiding rocks in our local forest preserves and parks, so it was really fun to bring that activity to Disney with us.
Thanks for following, and have a great time on your trip!
Click to expand...

When we paint ours, we put either our city and state or zip code on them so people can see where they started. I love that you took them with you and I hope I find one!

MerMom1981 said:
After that we ran back to Troy Story Land for one last game of TSMM
Click to expand... 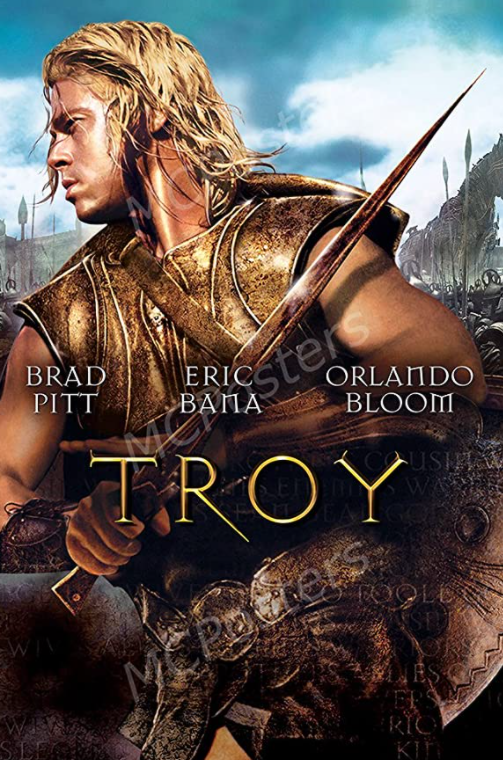 Did you say hi to Brad?

Did you say hi to Brad? 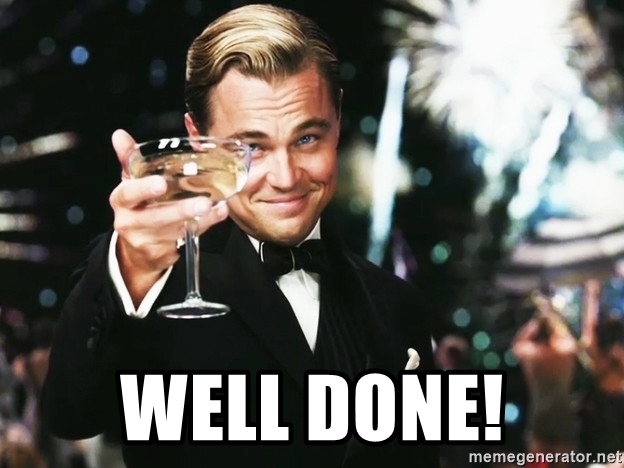 Original Poster
Tuesday at Epcot was pretty close to perfect

The weather turned around, and we had temps in the 80's and sunshine. Good start
We arrived around 10:15 for an 11 o'clock "opening" and headed straight to Test Track.
Hid this on the way 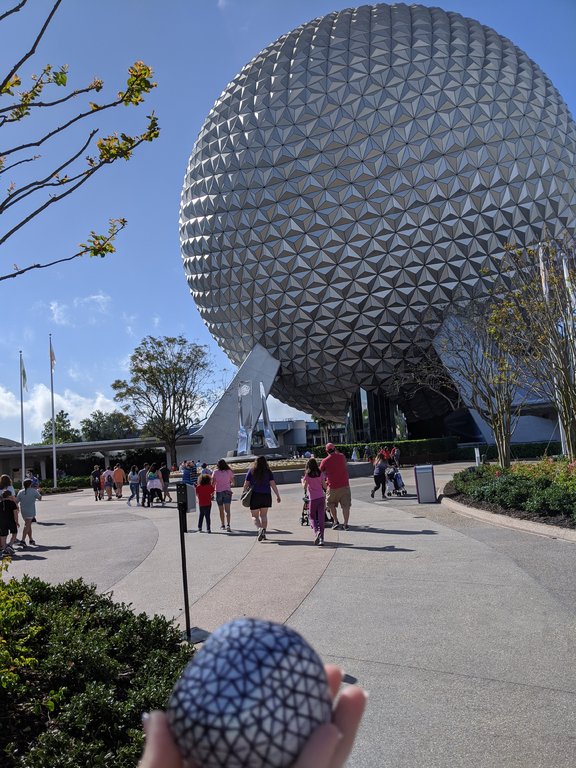 The posted wait time was 60 minutes, but we were riding in under 30.
Jim & the kids went on to Mission Space while my mom and I browsed at mini Mouse Gear. I picked up a couple of Easter egg maps, and we headed to Would Showcase. We loved searching for the eggs, but didn't super love the character egg prize.
The zodiac garden in China was my favorite of the day 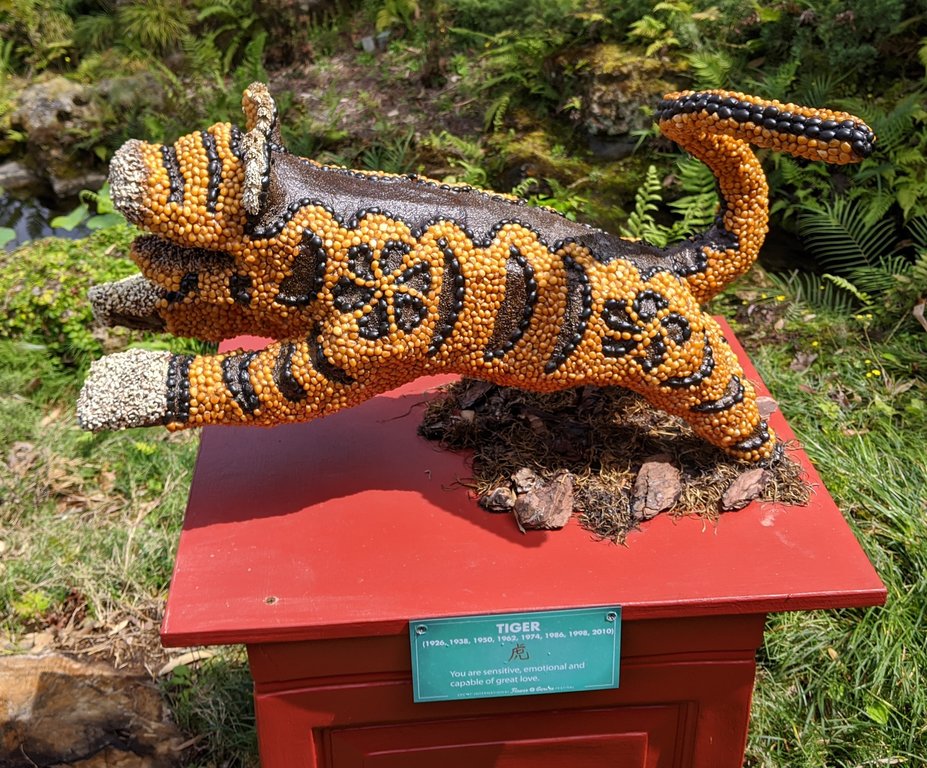 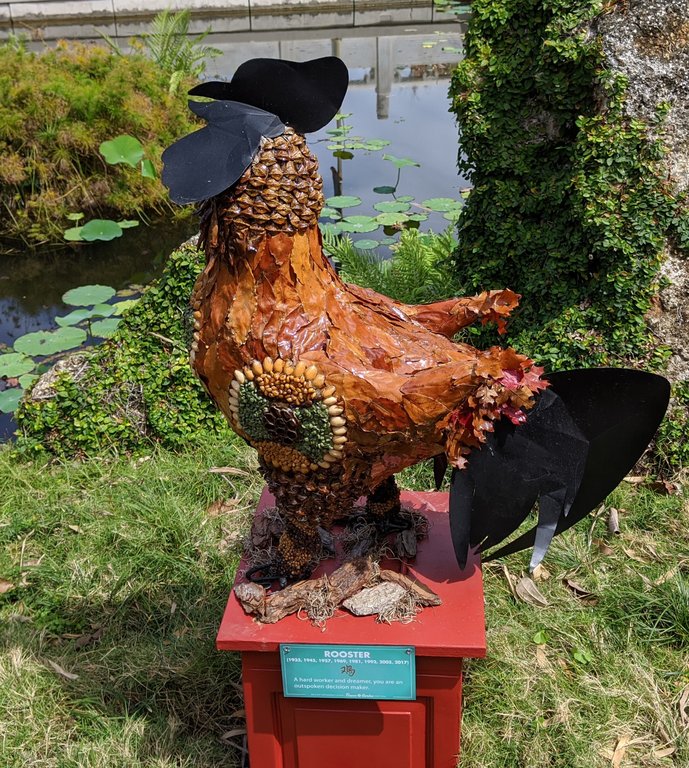 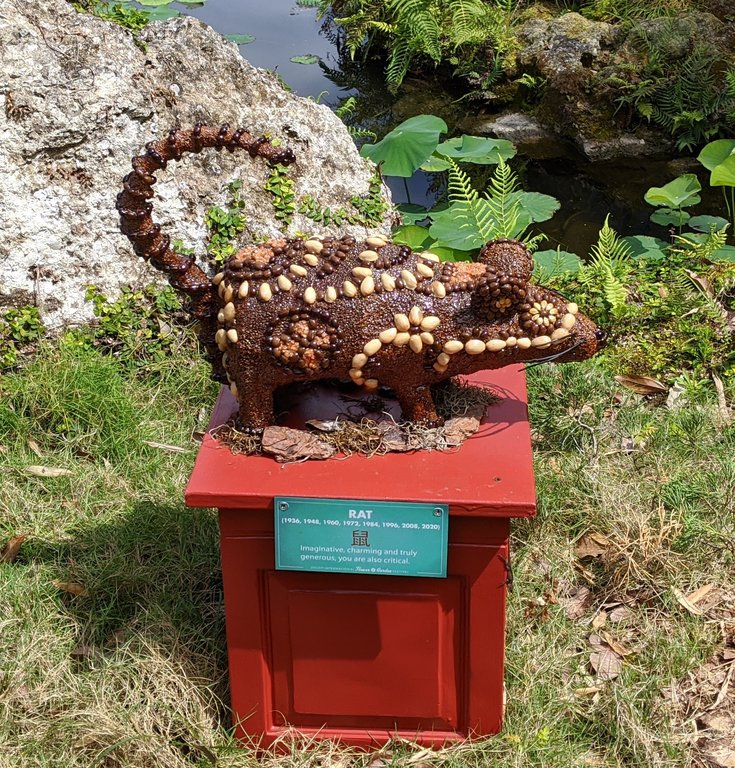 We stopped at a stand in the Africa area to look at earnings made from seeds and flowers and we had one of those wonderful CM interactions that lift you up. We chatted and laughed together and it was just

We were ready for a break around America, so we sat at a picnic table just in time for The Voices of Liberty!
I was getting tired of sandwiches, so that wonderful husband of mine ran over to Japan and basically bought one of everything 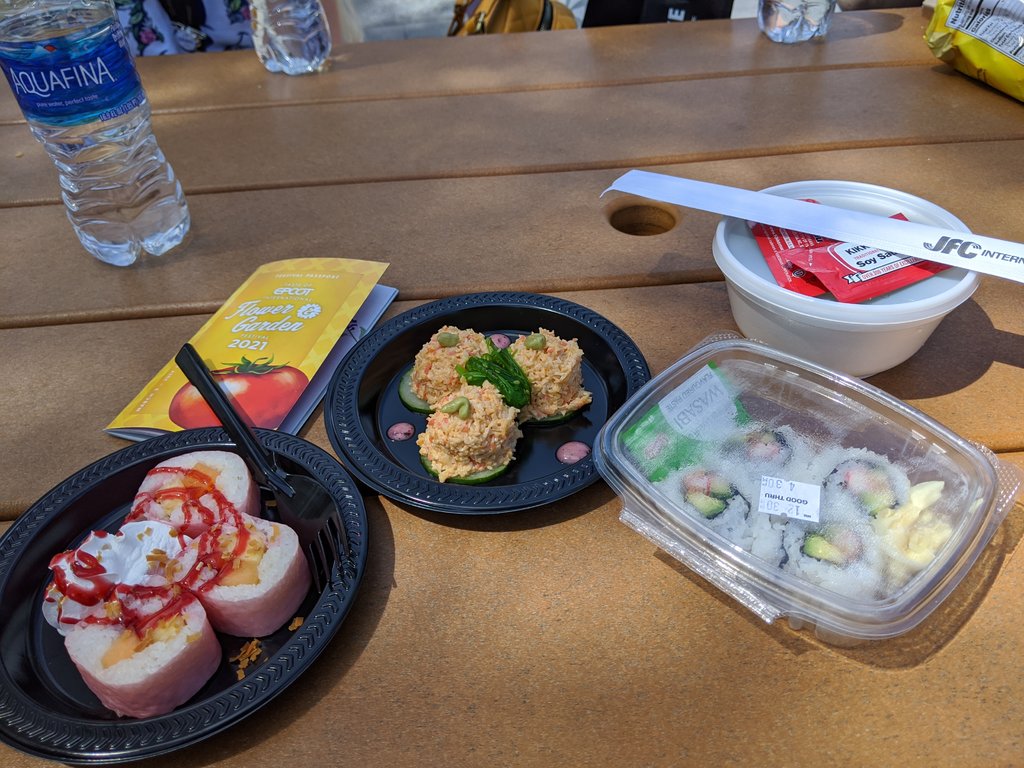 After lunch, we continued shopping and egg hunting around the world. We stopped in France for the Beauty and the Beast sing-a-long 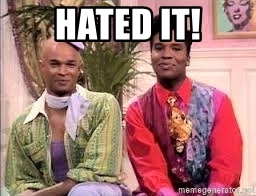 After completing the egg hunt, we had time to ride Nemo and SSE before our dinner ADR at Chefs de France.
Hid one last rock on the way 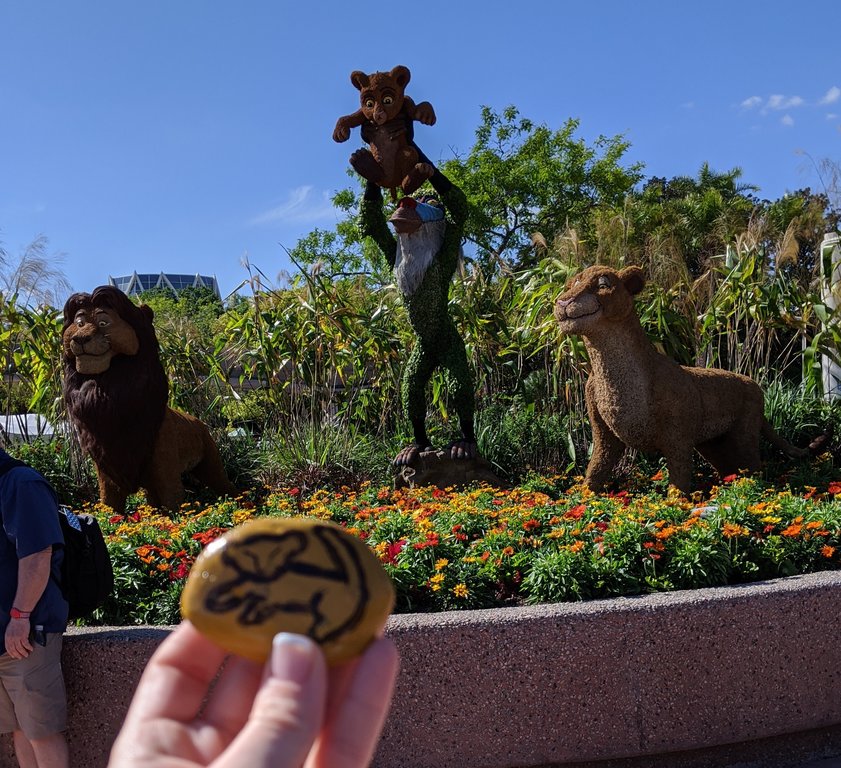 After a lovely dinner, we took the long way around WS to ride Frozen Ever After.
We were all wiped out, and ready to call it a night, but we managed to rally for one last ride on SOSRIN'

We joked that the drizzle was a land cloud, rather than actual rain.

I was not able to get a boarding group for Rise, but we still had plenty of fun.
Started off with RnRc, but skipped ToT, as the wait time was above 70 minutes all day.
View attachment 542077
Next was TSMM and Slinky.
After that, we grabbed a table near Echo Lake for our picnic, then caught the Mickey short film. Not a fan of the animation or the story.

We failed to get a boarding group again at 1 o'clock, so Smuggler's Run was the best we could do for our Star Wars fan.

After that we ran back to Troy Story Land for one last game of TSMM, then headed out for the night.

I had made an ADR for Terralina in Disney Springs, but we found DS to be so chaotic that it wasn't worth the stress. I cancelled and we got some lame take-out

Next up: a day at Epcot that was everything I needed it to be

You said you had ADR for Terralina. Did you have to pay $10pp when you cancelled?

Your painted rocks are all beautiful! I’m sure they are going to bring a touch of Disney Magic to many people!

SandiSmiles said:
Your painted rocks are all beautiful! I’m sure they are going to bring a touch of Disney Magic to many people!
Click to expand...

EngineerMom said:
You said you had ADR for Terralina. Did you have to pay $10pp when you cancelled?

We made the decision to cancel on Sunday, so I was able to do it through the app with no penalty.

Original Poster
We've been home for 10 days now, and I'm happy to report that we all managed to stay healthy!
My mom is fully vaccinated, so no surprise she's fine, but the safety measures worked for the rest of us!

In the time that we've been back, life has been a little chaotic. My SIL heard about a Covid vaccination site in Danville, IL that was offering walk-up vaccinations for all IL residents 18+.
It's 2 1/2 hours away from Chicago, but we were able to make the drive during the school day. She, Jim and I all got the J&J shot! All feeling good too!

We also got news of a death in the family on my husband's side, so we'll be driving to Ohio tomorrow.

Hang in there, I'm coming at you with my last day at MK SOON!

Original Poster
Our final park day was another beautiful one. Clear skies and close to 90°

We got an earlier start than our previous MK day, and made time to grab breakfast at Sleepy Hollow. 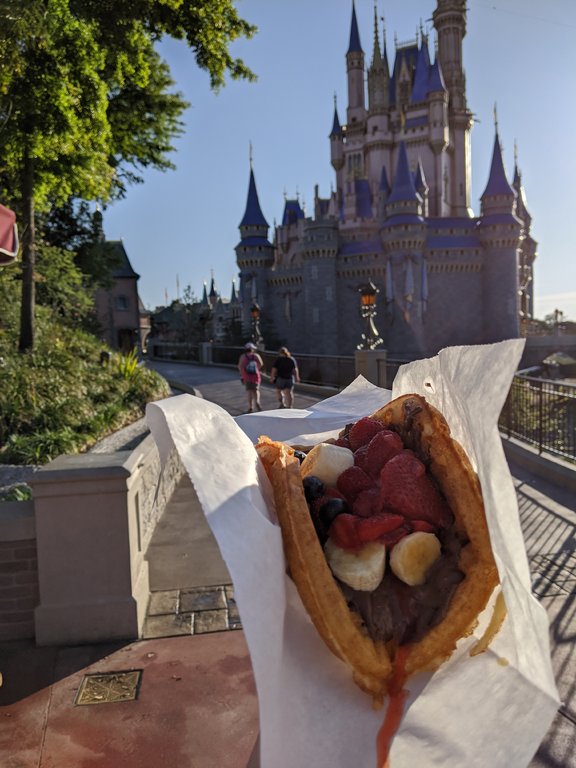 By the time we finished, the dining area was becoming crowded, so I was eager to make our way to Fantasyland. We didn't have time for It's a Small World on Sunday, so we made it our first ride of the day 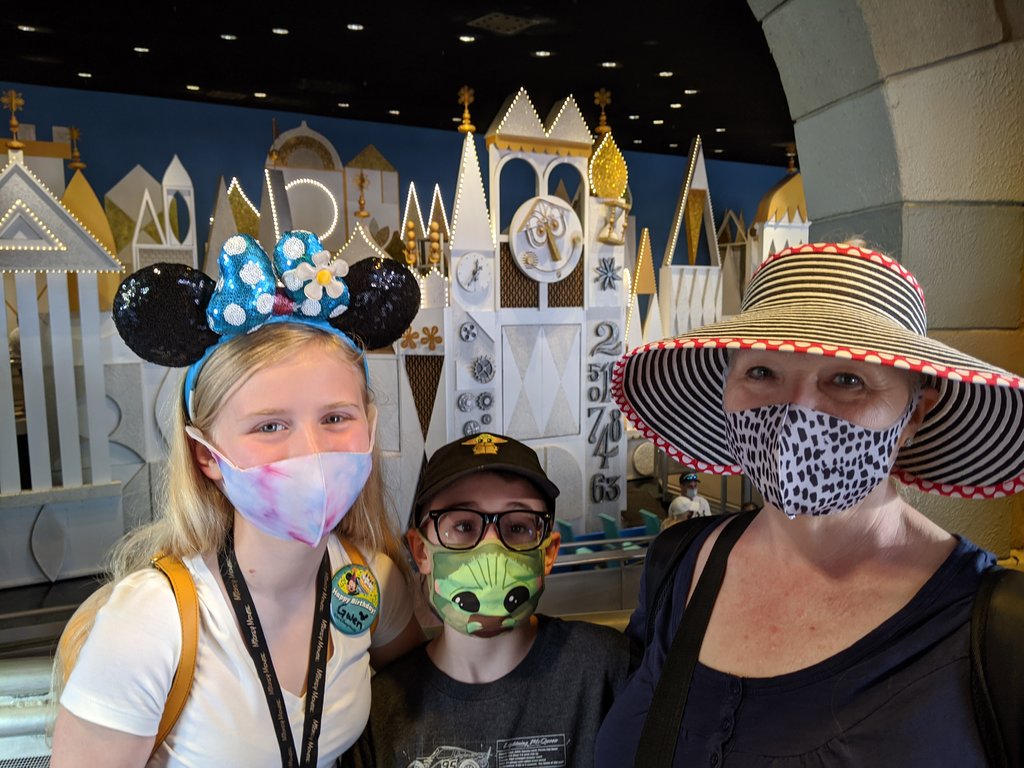 Mine Train had a low-ish wait time, so we got in line and followed that with The Little Mermaid and Philharmagic.

Space had been down much of the morning, so when we saw it was back up, we headed for Tomorrowland. Despite the area feeling significantly busier than Sunday, we waited less than 30 minutes to ride.

We grabbed an umbrella table near the Speedway for our picnic, and noticed the Peoplemover vehicles were being tested.

After lunch, we stopped at Storybook Treats
Peter Pan float 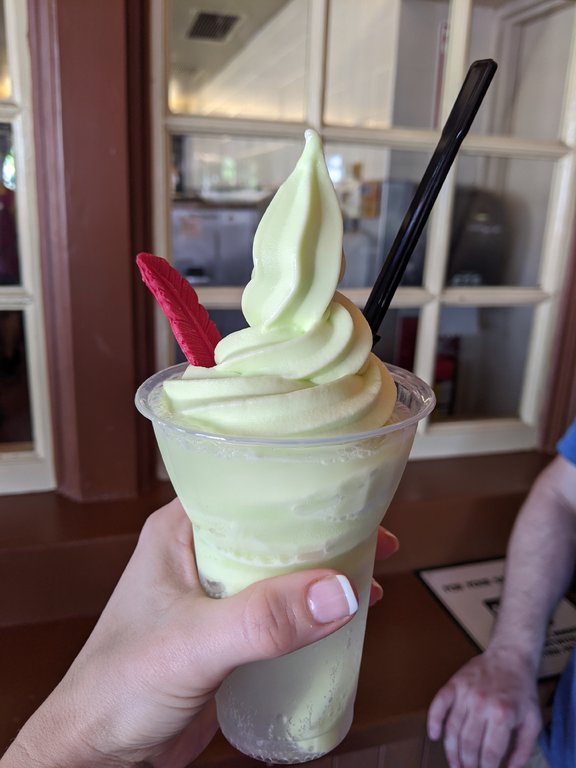 Next we headed for BTMRR, which had a posted wait time of 40 minutes, but was actually a walk-on.
Since it was hot, and it was our last day, we decided to wait the entire 90 minutes to ride Splash.

We were lucky enough to catch the Mickey character cavalcade while in line, but it was still slow going. It was the first time I really missed FP+

After Splash, we followed the Tinkerbell float down Main Street and left the park 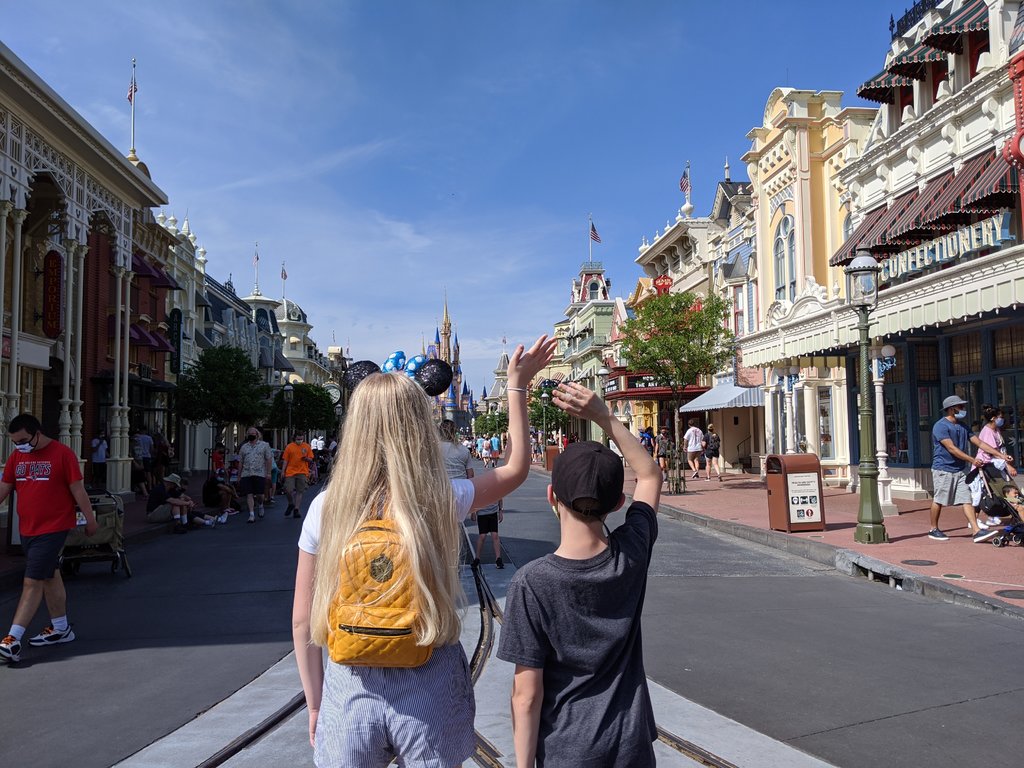 We headed back to the hotel for a swim and rest before our final ADR of the trip. Dinner at Grand Floridian Cafe. A favorite! Service was excellent as always!

Gwen got one last birthday treat for dessert 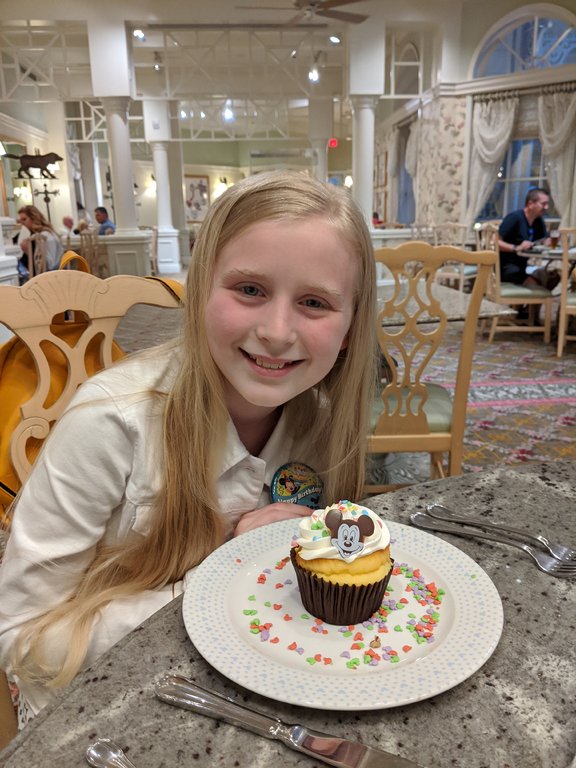 After a stop in at Basin, we headed back to the hotel to pack up for a morning flight home.

Although it was a very different Disney vacation, we had a great time! No regrets
Last edited: Apr 4, 2021
M

Glad you had a great time! It was wonderful following along, thanks for posting!

Really enjoyed your trip report but I am also going to REALLY miss your clever Mickey Mouse countdown!!!

MerMom1981 said:
View attachment 541483
The Birthday Girl on her way to MK yesterday!

It was too chilly for Splash, so we joined the 50 minute Pirates queue. There group behind us was totally ignoring the distancing policy. This isn't happening in every queue, but it's pretty annoying when it does.
Next was Space and Buzz. Both were under an hour. We caught CoP and the kids took a drive on the Speedway before we checked in for CRT.
View attachment 541489
View attachment 541495
Alex & Ani Castle bracelet with the rose gold Castle

This birthday is going to be hard to top!
Click to expand...

Premium Member
This hiding rock thing is very cool. Love how you painted them and I'm definitely going to be looking for them when I go back.

MissViv said:
Glad you had a great time! It was wonderful following along, thanks for posting!
Click to expand...

Thank you! And thanks for following

MickeyCB said:
Really enjoyed your trip report but I am also going to REALLY miss your clever Mickey Mouse countdown!!!
Click to expand...

Awe! Thank you!
The countdown was really fun. We were in a bit of disbelief that our trip was happening, so it really helped build anticipation.

Thank you!
Hearing all the birthday wishes from CMs and reading them here has been wonderful!

fractal said:
This hiding rock thing is very cool. Love how you painted them and I'm definitely going to be looking for them when I go back.
Click to expand...

Thanks! I would love it if others continued to find and hide them around WDW!
M

Just booked Blue Heron and have read some mixed reviews. I don't mind a the outdated part but I do want a clean place.

How was your stay? Would you stay here again?

We booked the two KK Deluxe 2 BR condo with fireworks view (hoping for fireworks in Oct) and couldn't beat the price so hoping for the best!
M

Another question, did you book thru the resort directly or use Airbnb or another internet site?