Original Poster
Edit: Removed some of the locations that were identified. Some of the ones that either were not identified yet or those that were but I haven't had time or been able to confirm yet I am leaving for now.

I while back I posted a thread here with questions regarding photos from my 1983 trip to Disney World. I received amazing help from you so I thought I'd post some more pics, from my 1991, 1995 and 1996 trips to Disney World.
Unfortunately there was something wrong with my camera especially on the last trip, so some of the pics look terrible, but I had to include some of them anyway in case it's possible to identify them because I'm trying to build a timeline of where all I was at on the trips. Sorry there are so many, but I have managed to solve hundred of them on my own, these are the ones I'm stuck on after much research.

Anyway, here are my specific questions plus links to the pics:

Magic Kingdom pics (1991 trip):
Pic 10 and Pic 11 - Originally I thought these two were from MGM Studios (Hollywood Studios), but someone suggested they are from Mickey's Toontown Fair (which would have been Mickey's Starland at the time of these pics) in Magic Kingdom. Can someone confirm, and also in which exact building in these areas were they taken?

Epcot pics (1996 trip):
Pic 16 and Pic 18 and Pic 19 - I think all of these (awful looking, sorry) photos were taken leaving Epcot by the ferryboat (perhaps not the last one, not sure). Is it possible to tell what each one they are of, despite the awful quality?

Disney-MGM Studios pics (1996 trip):
Pic 20 and Pic 21 - WCW Pro Wrestling game. I would like to know in which building in the park that these wrestling matches were filmed in?
Pic 22 - I think it's from MGM Studios but I have no clue what it is (maybe some kind of ride?). Sorry for the awful photo.
Pic 23 - Which house on Residential Street is this?
Pic 26 - Which house on Residential Street is this?
Pic 28 and Pic 29 and Pic 30 - Christmas lights at MGM Studios. Any idea of where each one of the pics are from? I think the photos possibly were taken from the Studio Backlot Tour tram, but not sure.

Magic Kingdom pics (1996 trip):
Pic 31 - One of the trains from the Walt Disney World Railroad. Is someone able to tell where at the photo was taken and specifically which one of the locomotives it is?

Mystery photos (1996 trip):
Pic 35 - Where would this shot of Disney's Contemporary Resort most probably be photographed from? The pictures that came right after this one are from Epcot. Could it be on the monorail coming into Epcot? Or the ferryboat? Is this hotel somehow visible from within Epcot?

Pic 36 - Any idea of where this was photographed, and what fireworks show it may be of? Don't mind the Contemporary Resort in the upper part of the photo, it's superimposed from the previous photo and don't belong in there. I'm guessing it's from somewhere in Epcot and of a fireworks show over the World Showcase Lagoon, but at the same time not so sure because the photos are from November 16, 1996 and according to this World Update pamphlet the only fireworks that were going on that date at Epcot was Holiday IllumiNations (at 9pm) and I do have photos from that fireworks show later in the same film roll, so this must be a different fireworks show. I can't find any information about them doing more than one fireworks show per night at that time. I know the photos are in sequential order because I scanned them from the negatives and between this mystery fireworks show and the Holiday IllumiNations, there are photos from the InnoVentions pavilion.

So sorry for so many photos, but I would be most thankful for whatever help you can offer. Thank you so much! Have a wonderful day.

I am fairly certain that 8 and 9 are of Disney's Polynesian Village Resort.

The only thing I can come up with is #34 looks like it might be the Grotto between City Hall and The Chamber of Commerce.

#14 The Car was taking on what was Center Street West in front of The Greenhouse Shop which was lost to Emporium expansion in 1984 and disappeared in 2001 with the fill in.
Last edited: Dec 16, 2020

5. Looks like the roof structure of Wonders of Life.

8 and 9. Polynesian Village from the Seven Seas Lagoon.

13. South of Innoventions probably about where the playground is now next to MouseGear. You can see World of Motion behind the bush and Horizons on the left.

17. Grand Floridian from Seven Seas Lagoon, so not from near Epcot.

31. Looks like the Roger E. Broggie. Probably taken from the monorail station outside the park.

35. The Contemporary is not visible from Epcot or that angle from the monorail. It could be from the Seven areas Lagoon.

32 could be Dreamflight / Take Flight

#12 I believe you are correct, along Pecos Bill's

#33 I believe I have traced this to be around the corner from the Splash Mountain Exit Queue Restrooms, it can not be see on Google Street. I did find some other ground level pics, and the columns and roof seem to match.
K

Original Poster
Thank you so much for all your replies, it has been most helpful! If you happen to think of any of the others, please let me know!
Antoinette

krs1979junk said:
Thank you so much for all your replies, it has been most helpful! If you happen to think of any of the others, please let me know!
Antoinette
Click to expand...

Glad to help, I will keep working on some, it takes time to sift through several hundred other pics to match stuff up, of course somethings are just gone now like the Garden House/Center Street and found a 20+ year old pics to identify it.

DBF John said:
Glad to help, I will keep working on some, it takes time to sift through several hundred other pics to match stuff up, of course somethings are just gone now like the Garden House/Center Street and found a 20+ year old pics to identify it.
Click to expand...

Really appreciate all your effort in helping! I updated the thread and removed the entries that were identified and that I have had time to confirm by comparing the suggested locations. Leaving the rest for now. I managed to figure a few more out on my own too:
Pic 24 - House on Residential Street - it was the Earnest Saves Christmas house
Pic 25 - House on Residential Street - it was theGolden Girls house
Pic 27 - Elephant photo in MGM-Studios - it was an airplane prop from the movie Operation Dumbo Drop, displayed in the Boneyard of the Backstage Studio Tour
K

Original Poster
I also think that the Christmas lights in photos 28, 29 and 30 could be decorations belonging to the Osborne Family Spectacle of Lights on New York Street, maybe someone can confirm? At least the "Peace on Earth" lights in pic 29 are for sure in that display.
The building in photo 30 appears to be the church(?) behind the Washington Square Arch on New York Street. What is that church called? I'm talking about this one here. Perhaps someone could confirm also if the lights in pic 28 and 30 were part of that display.

Possible match on #16, It seems to be from the France Pavilion looking down the ally

#18 Seven Sea Lagoon with Birthday Cake motif on the Castle.

Premium Member
I can help with a couple. 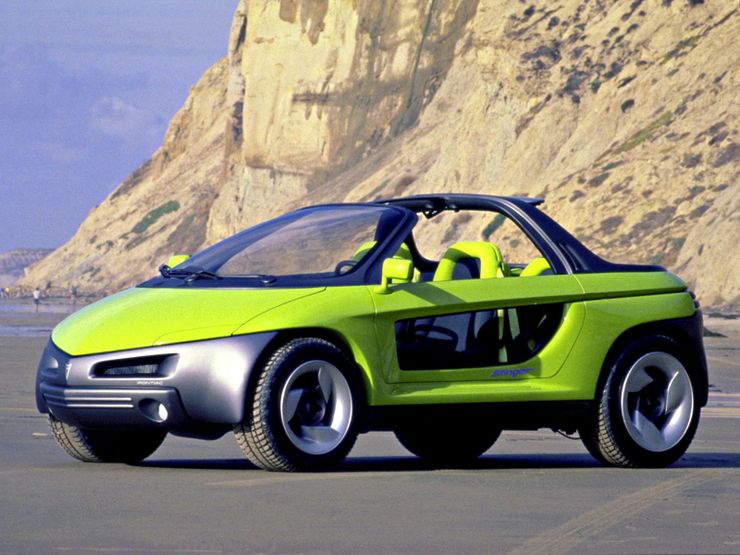 The silver vehicle in the background of image 3 is called the Lean Machine.

#15 Just a guess, but looking at the handrail I think this is at TTC Monorail Station probable on the EPCOT line.
Last edited: Dec 17, 2020
K

DBF John said:
Possible match on #16, It seems to be from the France Pavilion looking down the ally
Click to expand...

Master Yoda said:
I can help with a couple.
Click to expand...

DBF John said:
I think this is at TTC Monorail Station probable on the EPCOT line.
Click to expand...

Thank you all so much! I would never have been able to figure those out on my own.
K