Regis Philbin, host of Regis & Kathie Lee and Who Wants to Be a Millionaire?, dies at 88

(CNN) Legendary broadcaster Regis Philbin has died, according to a statement shared by his family on Saturday. He was 88 years old.

"We are deeply saddened to share that our beloved Regis Philbin passed away last night of natural causes, one month shy of his 89th birthday," said the statement sent to CNN Saturday. "His family and friends are forever grateful for the time we got to spend with him -- for his warmth, his legendary sense of humor, and his singular ability to make every day into something worth talking about."

"We thank his fans and admirers for their incredible support over his 60-year career and ask for privacy as we mourn his loss," the statement said. 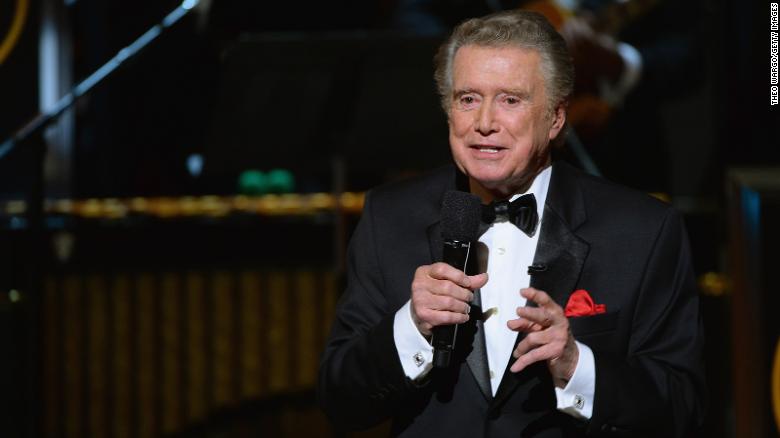 Over the years, Philbin also hosted Miss America pageants and game shows like ABC's "Who Wants to be a Millionaire."

Philbin was nominated for 37 Daytime Emmy Awards throughout his career and won six, and he was awarded the Lifetime Achievement Award in 2008. In 2006, Philbin was inducted into the National Association of Broadcasters Hall of Fame and the Television Academy Hall of Fame.

Philbin holds the world record for most hours on US television, according to Guinness World Records, with more than 16,700 hours on air. 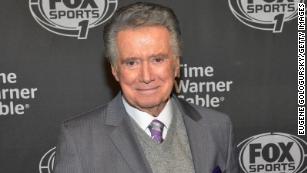 In a tribute posted to Instagram, Philbin's longtime co-host Kathie Lee Gifford said there were "no words to fully express the love I have for my precious friend, Regis."

"I smile knowing somewhere in Heaven, at this very moment, he's making someone laugh," she wrote. "It brings me great comfort knowing that he had a personal relationship with his Lord that brought him great peace.

"There has never been anyone like him," Gifford said. "And there never will be."

Ripa and her current co-host, Ryan Seacrest, said in another post on Instagram that they were "beyond saddened" to learn of Philbin's death.
"He was the ultimate class act, bringing his laughter and joy into our homes everyday on Live for more than 23 years," the statement said. "We were beyond lucky to have him as a mentor in our careers and aspire everyday to fill his shoes on the show." 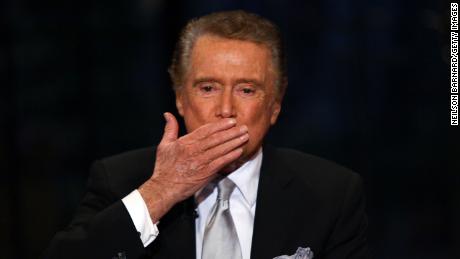 Regis Francis Xavier Philbin was born in New York on August 25, 1931, to Frank and Florence Philbin. He was named after Regis High School, a Jesuit school in Manhattan attended by his father.

He graduated from the University of Notre Dame in 1953 with a degree in sociology before going on to serve in the US Navy.

Philbin knew that he wanted to be in entertainment, he told Larry King in a 1997 interview.

"Never thought I would ever have the talent to look into a camera lens and talk to it," he said, "just never thought it would happen."

Philbin got his start in show business as a page on NBC's "The Tonight Show." He later hosted "The Regis Philbin Show" out of San Diego before joining "The Joey Bishop Show" as Bishop's sidekick.

After a stint as the host of a local Los Angeles TV talk show, Philbin became the co-host in 1983 of "The Morning Show" on WABC.

Gifford became Philbin's co-host in 1985, and in 1988 the show was syndicated and renamed. The duo continued hosting together until 2000, at which point Philbin hosted the show alone -- then dubbed "Live with Regis" -- until he was joined by Ripa in 2001. He finally left the show in November 2011. 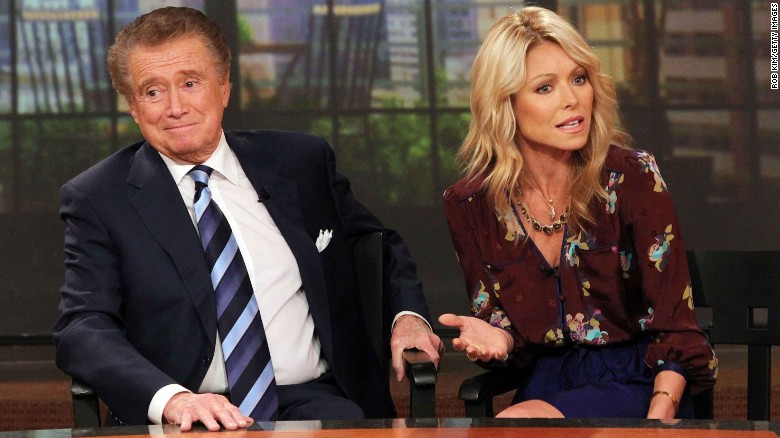 Tributes to Philbin poured in on social media, including from President Donald Trump, who wrote on Twitter, "One of the greats in the history of television, Regis Philbin has passed on to even greater airwaves, at 88. He was a fantastic person, and my friend."

Fellow longtime TV and radio host Larry King shared a picture with Philbin on Twitter, calling him "such a prolific talent."
"He could do it all, and we loved him for it," King wrote. "I will miss him every day."

not a big fan of him, but RIP regis. thanks for the laughs

There's a story about some of his Disney connections, here: http://diskingdom.com/2020/07/25/disney-legend-regis-philbin-has-died/

Premium Member
When I first heard the news yesterday, I felt sad. He was the type of celebrity that had this "down to earth" quality about him, and many viewers could relate. I appreciate the talent he shared with the TV audiences over the years, and he will be missed. RIP, Regis.

I have a diabetic cat that I named Regis. I hope he isn't next to go.

Premium Member
My Mom enjoyed watching his morning show and I liked watching it with her. Regis had a very entertaining style of presenting information and interviewing. Loved watching Millionaire and when he hosted the WDW parades.